We are approaching February 3rd. HOMD is almost out. Soon I can sleep again. I hope you enjoy the game. But the devlogs don’t stop! They never stop! There’s something a bit weird about romance in games, right?

In most RPGs with “romance options,” it’s easy to identify which NPCs are romance-able (and that word alone speaks a lot to the amount of agency which characters in games can expect to enjoy when subjected to the overwhelming presence of the player). The player finds a dialogue option which very clearly flags a potential romance. Ah, so this character is one of the Romance Options, the player thinks. They then click the obvious options until the NPC falls inevitably in love. There is never any risk of rejection, because this NPC is one of the romance-able ones, and the player is God. 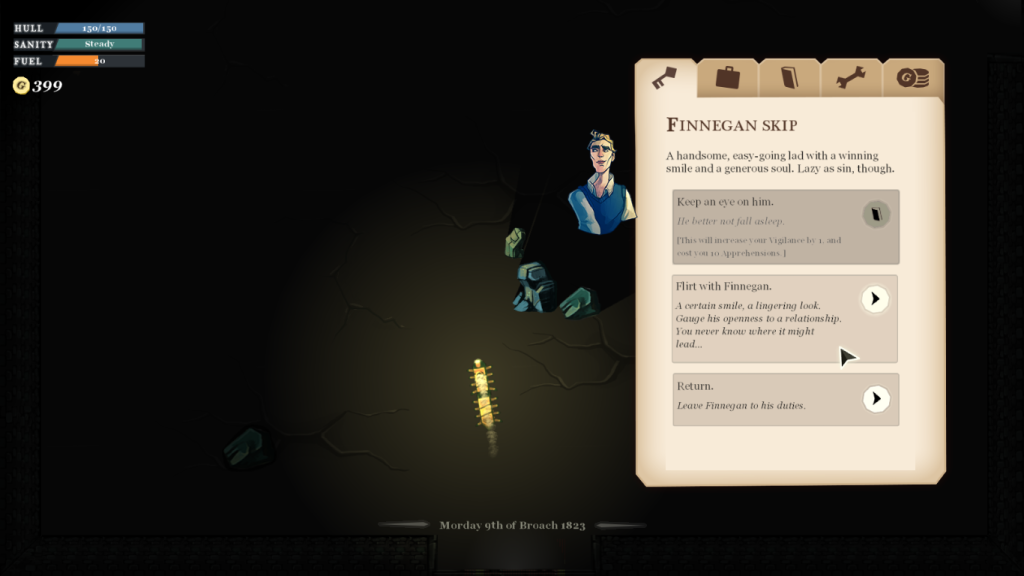 Real life, of course, isn’t half so simple. And thank the Great Big Player Character in the Sky for that. When you want to entangle yourself with someone else, there is never certainty – they might reject you but want to stay friends, or accept you, or accept you but later change their mind, or manipulate you, or string you along, or want nothing to do with you, or cheat on you, or introduce you to their cult. This is because other real people have just as much agency as you do. And the people who can’t accept that are the worst human beings on the planet.

So it’s a shame that RPGs kind of accidentally cater to that entitled mindset. It’s not anything sinister – it just arises from game devs only having so much time. But still, it was something I wanted to address.

In A House of Many Doors, you can approach every single one of your crew and attempt to flirt with them and establish a relationship. It doesn’t matter if they’re a giant shark-man or a little old lady – you can ask them out. And it might work out, or it might lead to a rejection, or you might end up in a cult. You don’t know until you try! Just like real life. 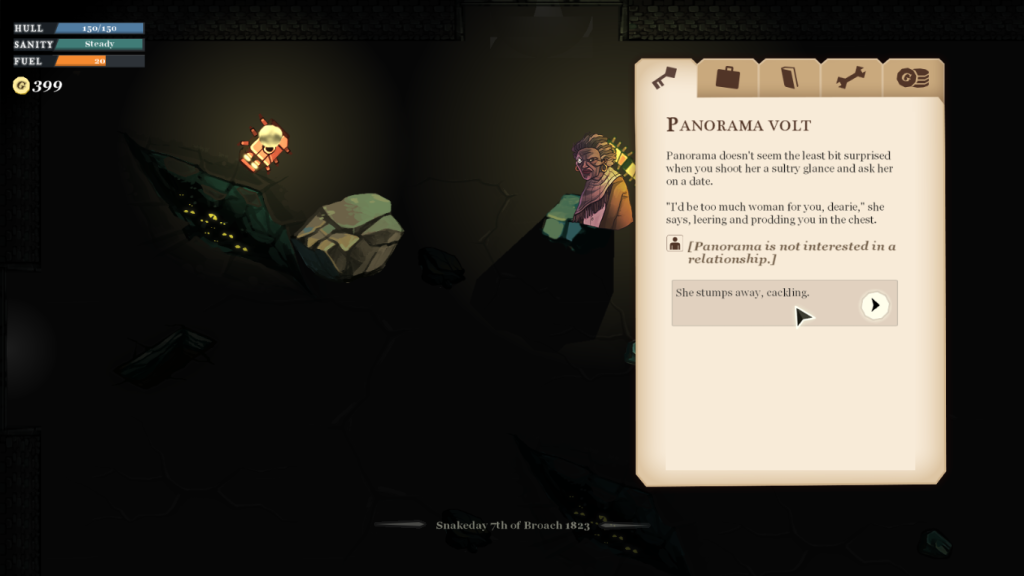 And sometimes the failures are just as excruciating/funny as in real life, too.

Romance in the House

A House of Many Doors Role Playing
Related Engines