This article is all about the player character, weapons and equipment.

The character you play in Rogue Machine is a nameless robot fighting the forces of oppression in the universe. As you play the game, you will earn experience points and find weapons and equipment to upgrade and modify your character.

The character sheet is split into three areas: stats, weapons and gear. 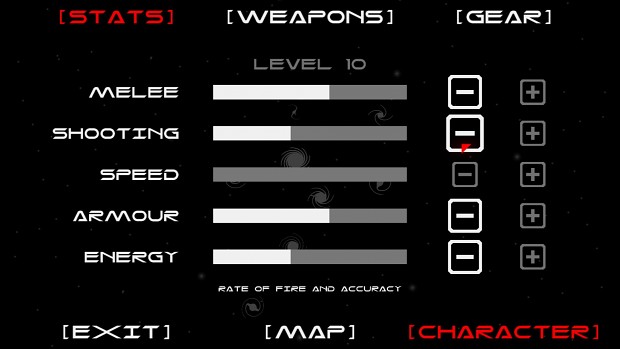 There are five stats:

There are two ways to earn experience points: completing levels and collecting coins. Each level is worth ten experience points and each coin is currently worth two (I might change this). That means to advance one level the player need to complete at least ten levels (don't worry, most of the levels are short and there are other collectables spread out in the game that allow the player to upgrade their character).

I did not want the player gaining experience through killing enemies mainly because in some levels the enemies will respawn indefinitely which would allow a player to farm a level for experience points and theortically max out their character.

At the start of the game the character starts off with basic bullets and a single type of melee attack. 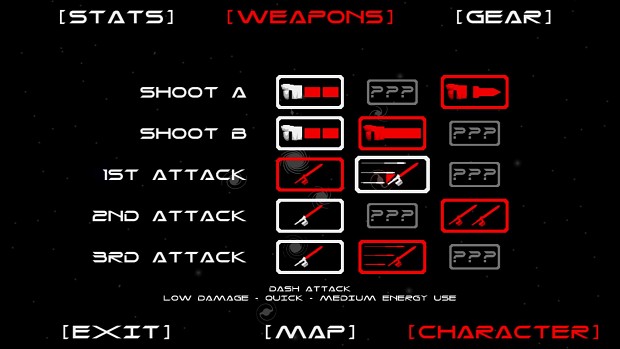 The weapons and melee attacks the player can collect are:

New ammo types and melee attacks are collected throughout the game. Once the player has them there are no restrictions on how they can be allocated as they are not based on the character's current rank or number of experience points 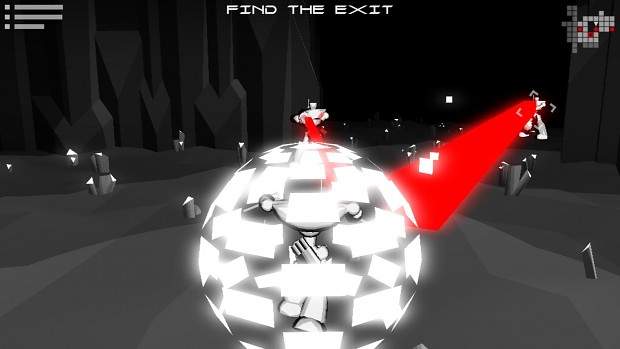 Gear is basically a miscellaneous category for all the things the player can collect that aren't weapons or stats. I decided to use the word "gear" rather than "equipment" simply because it fitted the screen better. 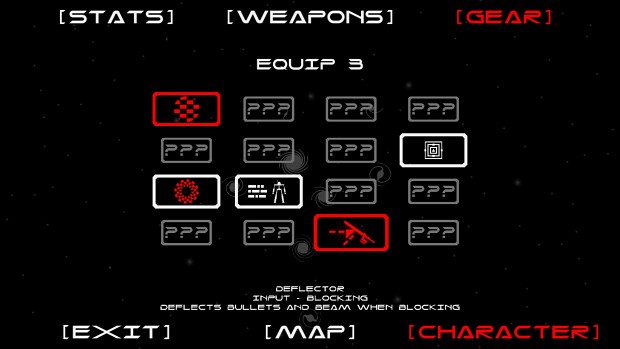 There are sixteen piece of gear to collect ranging from force fields, to longer range radar, force fields and upgrades for weapons. The player will be restricted to how many pieces of gear they can equip, which is based on the character's current level. Some gear require the use of energy and in these case a third bar will appear underneath the weapon energy bar. Gear energy will also be replenished along with weapon energy in the level when betteries are collected. 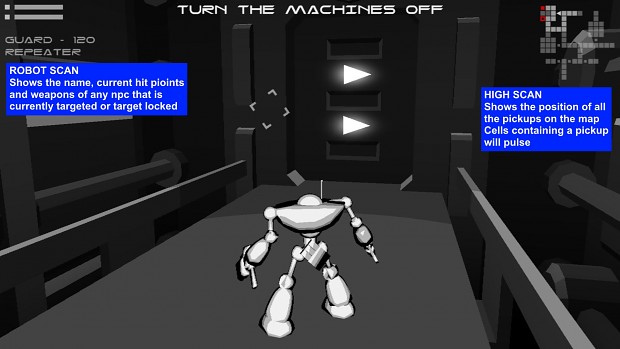 It's taken me a while to work out how the game is structured overall, which is something I'll be discussing in another article, but in simplistic terms the game is split into stages, with each stage comprising a number of levels.

Between each stage the player will be allowed to reconfigure their character how they wish, limited only by their player's current level and what weapons and gear they have collected. 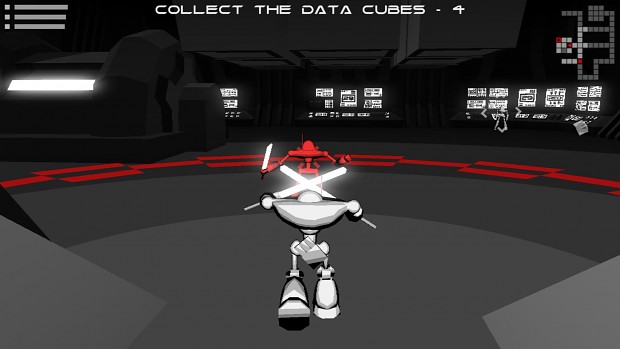 Once playing the stage the player will not be able to change any of their stats, weapons or gear. They will also not be able to immediately use any weapons or gear that they find during a level. Because of this, during the levels weapon or gear pickups are called “artefacts” and the player will only be told what they are once the stage is over. In this way the character only has what they take with them.

You've probably noticed that as part of the character sheet there is a title called "map" and if you're really paying attention then you'll notice that there is kind of star scape graphic in the background. Anyone whose played the alpha demo will have seen the star scape before and this will be the topic of my next feature.