Rogue Machine can be played using either a keyboard, gamepad or touch screen. In this article I explain the basics of how the game works and how my dislike of virtual joysticks influenced the design.

The control scheme for Rogue Machine was based on a very simple premise: I wanted to play the game on my laptop in situations where I didn't have or couldn't use a mouse. This happens to me quite a lot, especially as I frequently travel by train.

This basically means using a keyboard, with the occasional use of the track pad for navigating menus. 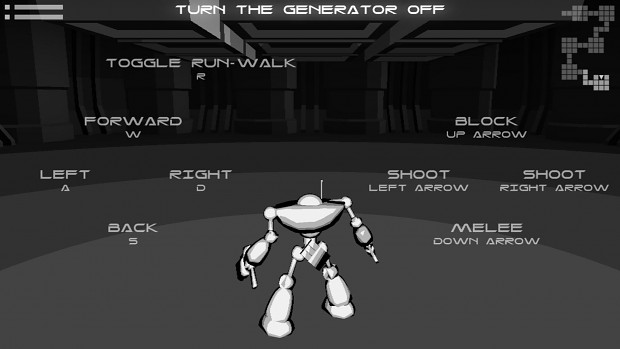 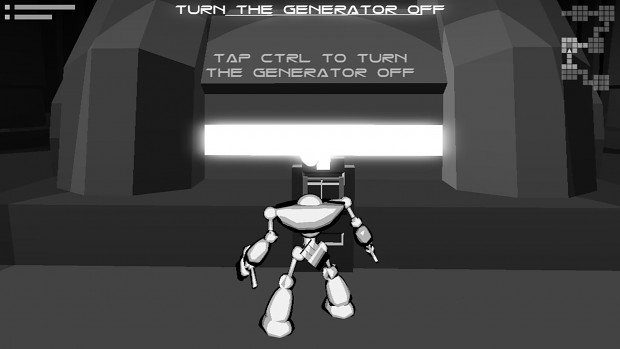 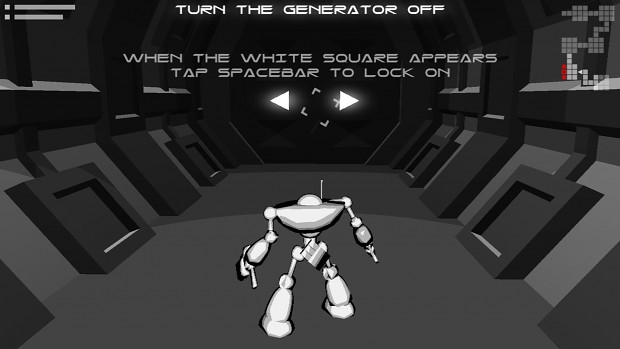 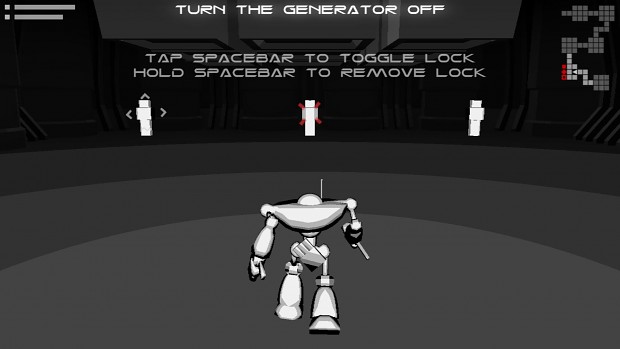 The idea of using a touch screen came a little later when I bought myself a 10” tablet. Gamepad support was an afterthought but I'm really glad I've added it in. 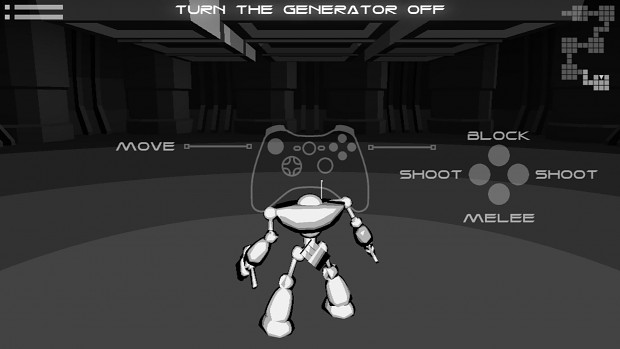 This choice of controls has led to a few complications with designing the game and has probably meant the game is more simplified and restricted than it needs to be. The most sensible thing to have done would've been to make Rogue Machine a turn based game, more like a traditional roguelike, but I prefer making arcade / action games.

The basic issue was getting all the movement a player would expect in an action game and making it work on a keyboard and touch screen. Basic movement and combat actions was easy to implement.

I made an early decision to exclude jumping, I'm not making a platform game and it's easy enough to design levels so that the lack of jumping isn't noticeable. I originally wanted the player to be able to dodge but decided against this in favour of giving the player the ability to strafe and to block both melee and ranged attacks using their swords. 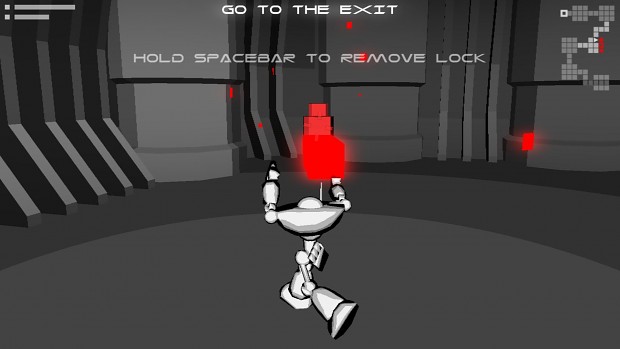 Strafing was only possible with the use of a lock on system. When the player is locked on to an opponent, their movements become relative to that opponent, essentially running around them, with the camera focused on them. This allows the player to effectively “dodge” bullets whilst being able to return fire. Once locked on, the player can toggle between opponents – which ever has the white “targeted” square on them – and can remove the lock. If the player kills the opponent then the lock will automatically transfer to the next opponent that is within line of sight but not necessarily on screen. The system isn't perfect but it works for the most part, allowing the player to storm down a corridor or into a room mowing down opponents.

It also works on all keyboard, game pad and touch screen without having to change the game play in any way. 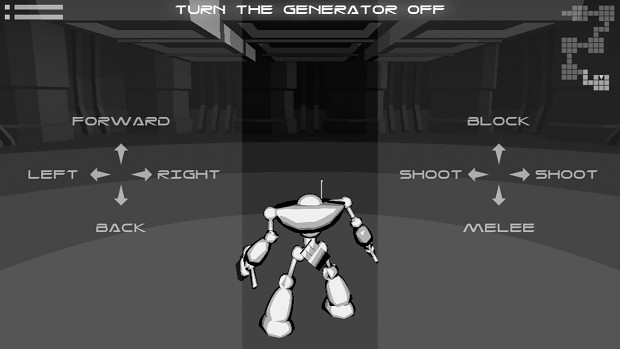 I'm actually really pleased with the touch screen controls. I'm not a big fan having the screen cluttered with buttons and I hate traditional on-screen virtual joysticks. In Rogue Machine there are virtual joysticks but they are not fixed in place and are not visible when not being used. To move the player simply drags on the left side of the screen and the joystick will appear where they first touched. It's then used as a conventional joystick. The same is true of all the combat actions. This means that the player doesn't need to look for the joysticks or any of the controls. Just swipe and tap in the general area of the screen.