In this blog post we talk about new strategic choices players need to make when assembling their army.

In Rock of Ages 2 we wanted to introduce a wider variety of units for players to choose from. But by introducing so many units we quickly realized that managing such a big roster in a match would be very troublesome. Because we also wanted to introduce new areas where players are required to plan out their strategy, we decided it would be a really good idea to limit the amount of units you can bring to a battle by making players commit to a specific battle plan.

Before each War match takes place you will have to select which units and which boulders you want to bring to the course. Below is the unit selection grid in its default configuration: 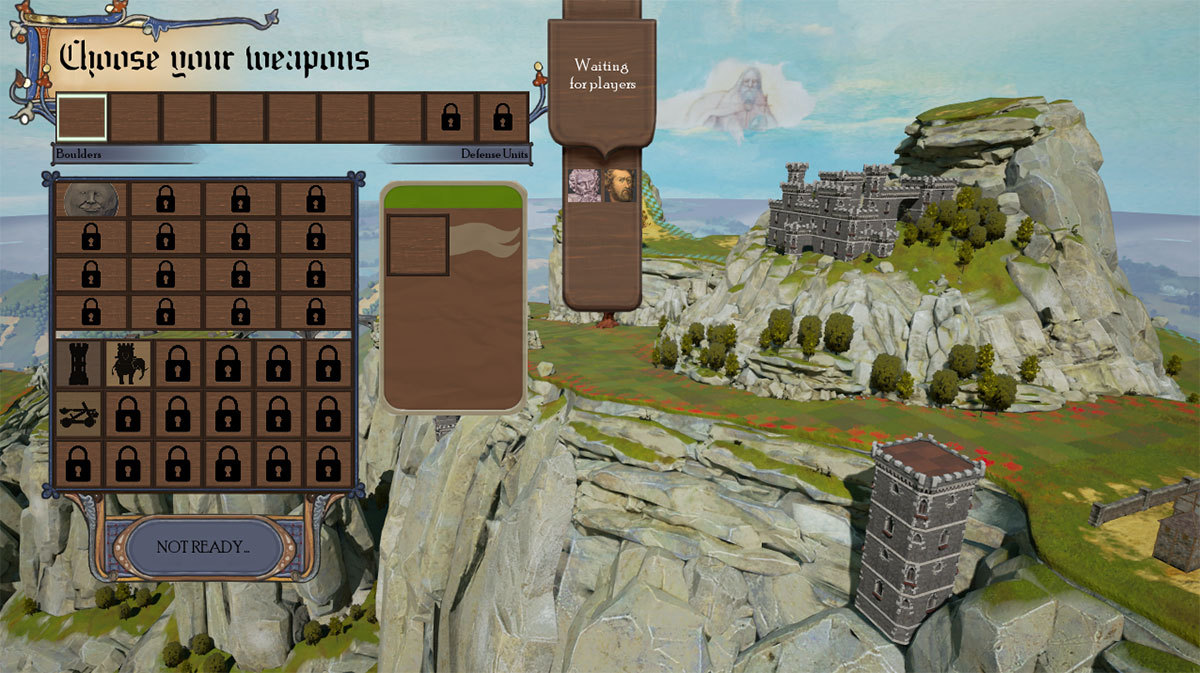 Progressing through the campaign will allow players to unlock and populate the unit selection grid with more boulders and new units. In addition, players will also be able to unlock additional slots so they can bring more units in to a match. The upper grid represents the slots available for your battle plan and the bottom grid shows the complete list of units to pick from. 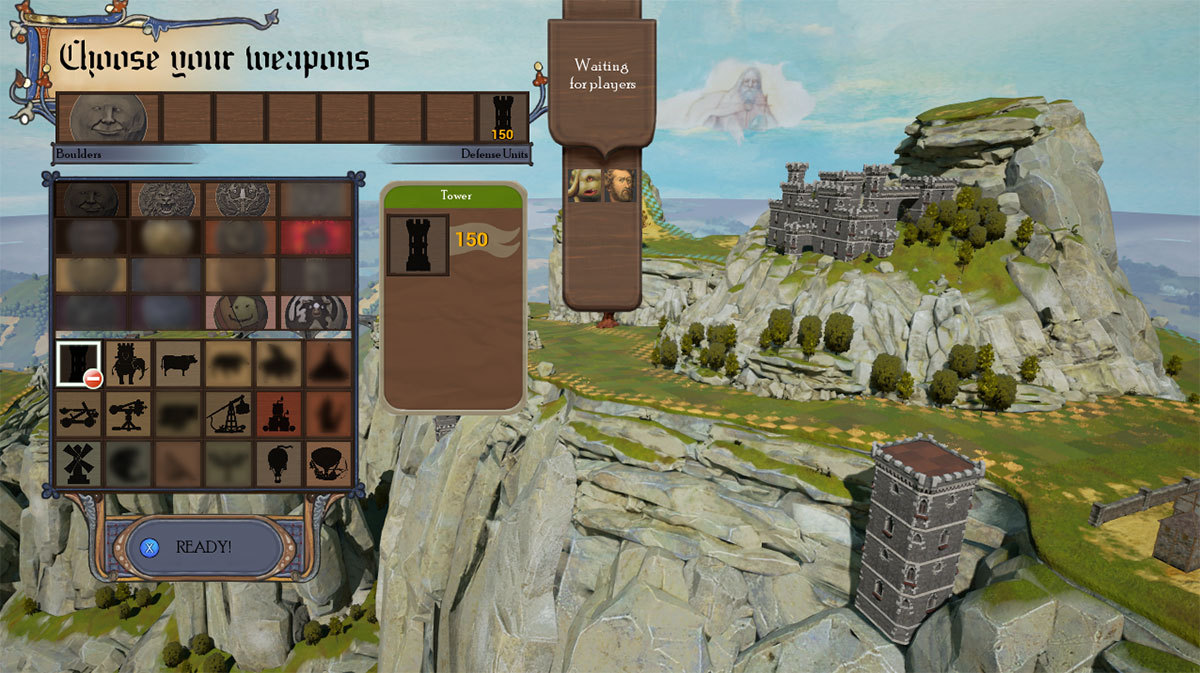 We don't want to give away all the units from the game, so we've blurred out some of the icons. Can you guess what they might be???

You might have noted from the last screenshot that there's something else that is new in the sequel; you can bring more than one boulder to the fight!

We don't want to impose how players want to plan out their battles, so we decided to give complete freedom when selecting the roster. This means you can take as much boulders as your battle plan allows you to. Note that boulders will take up two spaces from the top grid, so choosing too many can severely limit the amount of defensive units you can use. It's all about balancing and making the proper choices for each course. 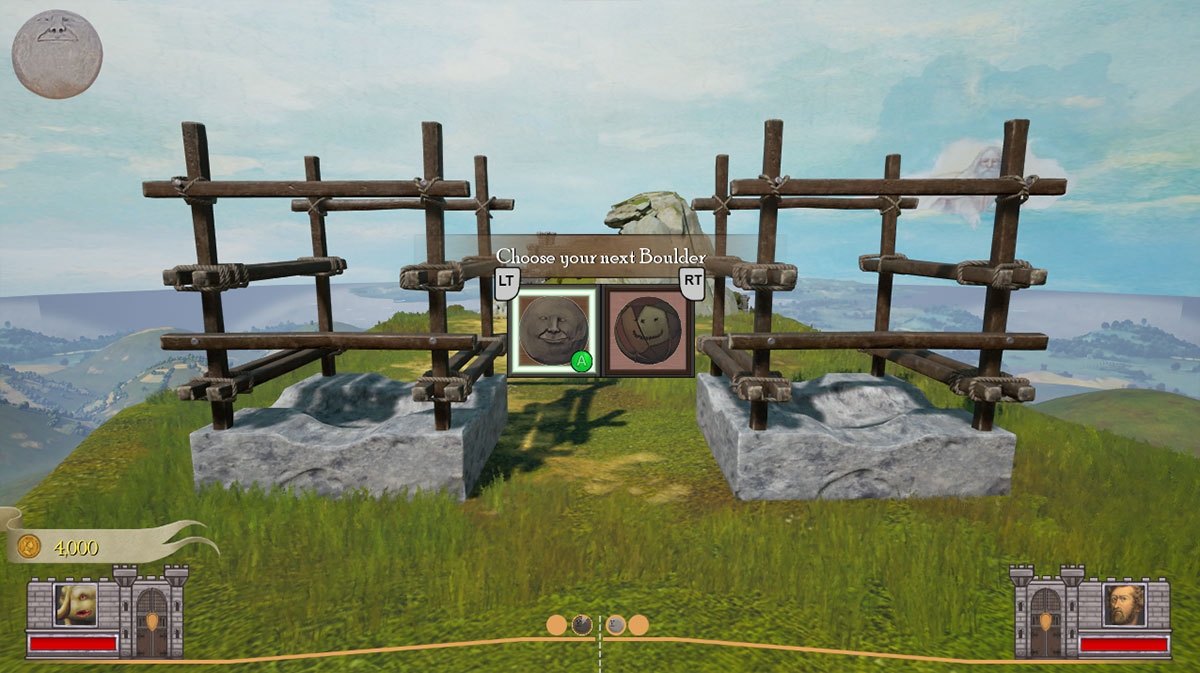 Choose the boulder you will release for the next run. Note that each boulder has its own building time. Tougher rocks will generally take longer to build.

After all players have selected their roster the match can begin. Because the game allows you to choose more than one boulder, if you do so, you will have to first choose which of these you want to start building while you plan out your defenses.

With a limited selection of units we anticipate a much higher level of experimentation from players that can try out different combinations on different levels. The roster that might prove to be effective on one map may not be as effective on another level, so players will have to choose wisely and develop their own strategies.

We also believe that the more limited amount of active units in a match will allow people to be more focused on setting up defenses that are better planned out giving the game more diversity (you'll never know what you have to face off the next time).

Finally, this formula also incentives more variety of strategic approaches to be used during a match. Some players can use rosters that are clearly more offensive, with more weight on boulder selections, and other players can rely on more defensive strategies with a wider assortment of defenses to protect the course. And since the game now allows players to team up, the expected variety in a match can be exponential, with teams going all-aggressive, all-defensive or mixes. 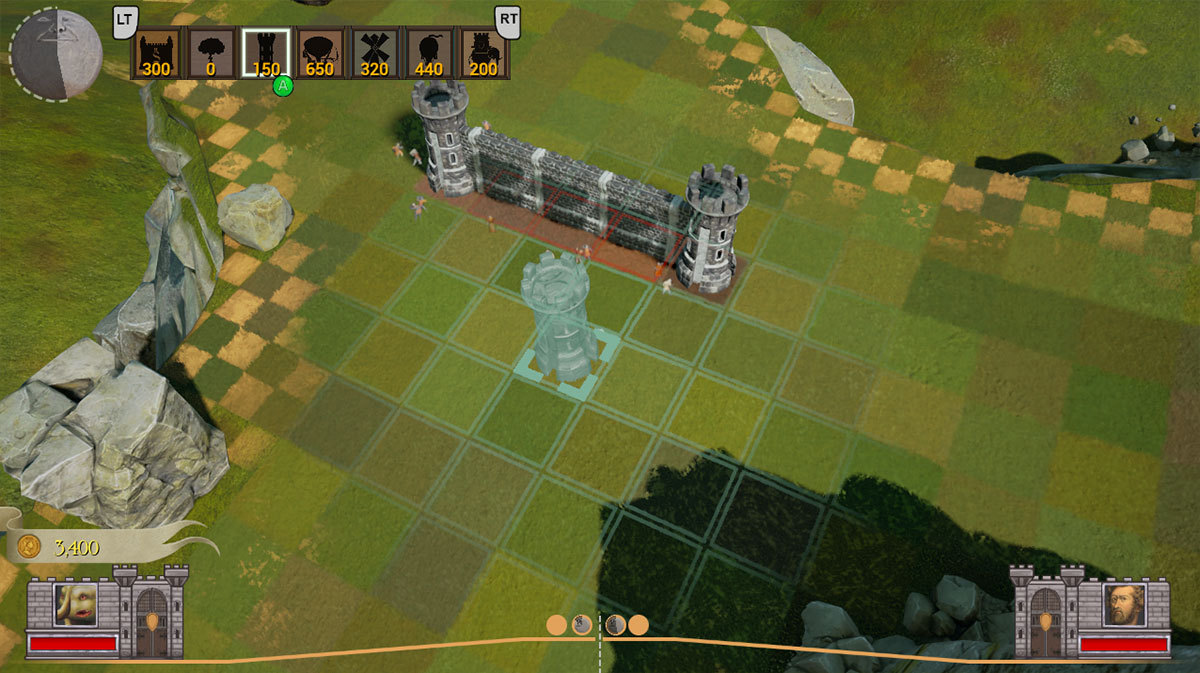 Building phase in progress. Note that in our current build 'banks' and 'thunder cloud' are always added to your roster, but this is still TBD.

We hope everyone likes the new ideas we're developing for the sequel. We can't wait to see what kind of strategies people will develop once the game is out.