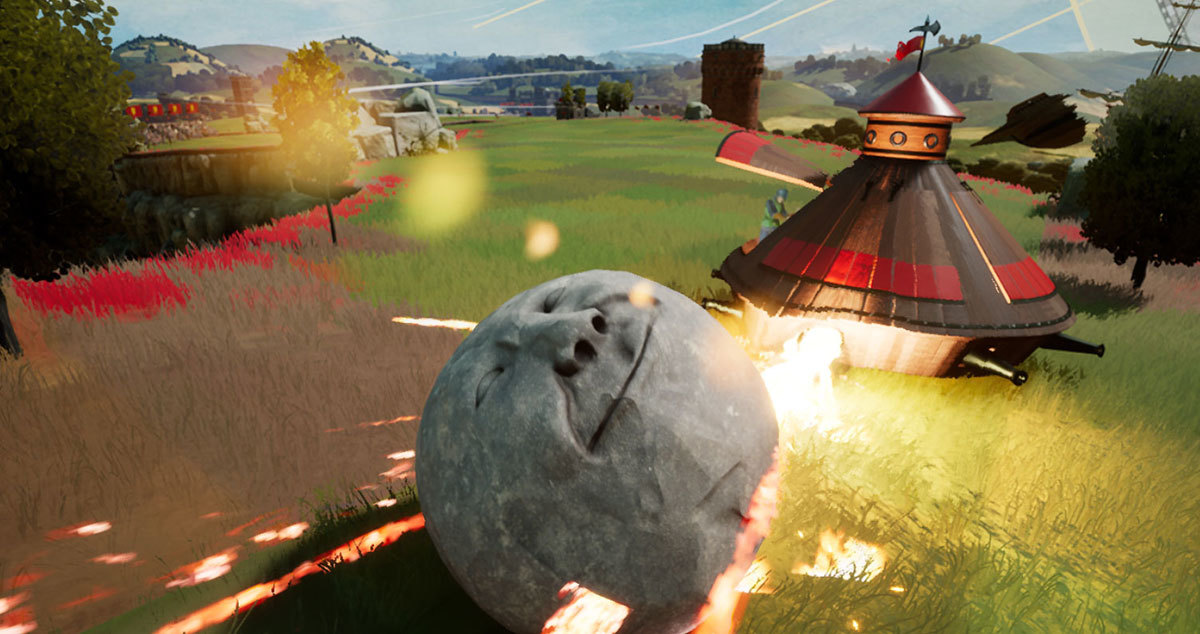 The Da Vinci tank was one of the first new unit ideas we decided for the sequel, but it was also one of the very last units to reach its final design because we iterated with it many times before reaching a mechanic with which we were all happy.

We quickly identified and fell in love with Leonardo's 'fighting vehicle' machine, because the radial design was ideal for a defensive structure that could attack in any direction without having to rotate, something that would set it apart from most of the other offensive defenses. However, getting the actual unit to work properly proved to be a challenge where movement and projectiles were the two key areas that kept us iterating the most.

With a radial array of cannons the unit immediately targeted all approaching boulders from any orientation, but the initial firing patterns and the actual projectiles where not turning out to be very effective. With so many cannons covering all possible angles we expected that a regular straight cannonball would be enough to make it quite powerful. However in practice, the tank missed almost every single shot because even if a boulder was at close range the overall stiffness of the cannons meant it couldn't really aim with any of these. We tried to address this by making the three most closest cannons fire in a sequence, but this still proved to be ineffective.

Our final solution was to implement an instant spread burst (much like a shotgun) so any boulder in the vicinity would receive a set amount of fragments depending on how well aligned it is with the cannon making the shot. This solution made the unit immediately useful.

Just like the real thing each cannon works independently. The reload time is suggested by the smoke coming out of the barrel, so if any particular cannon is releasing smoke you have a couple of seconds to approach from that angle.

The final projectile design was so effective we had to nerf it a couple of times because you could dominate a match only using tanks.

Considering how limited the unit was by straight shots we really have to question Da Vinci's vehicle effectiveness. Maybe when they prototyped it during the Renaissance they bumped in to the same problems that we did and that's why it never was produced on a mass scale. :-)

The next thing we had a hard time tackling was the movement patterns. The first idea was to have it rotate like a turret, but that was immediately discarded since many of the units were already stationary and we didn't want to add another one with this limitation.

Our first implementation allowed it to roam freely, trying to reach the player so it could aim from a closer range. This also generated several complications. The tank is so wide and covers so many tiles that it had a really tough time navigating the environment. Also, by looking in to its interior you can see that it wasn't really designed to turn: 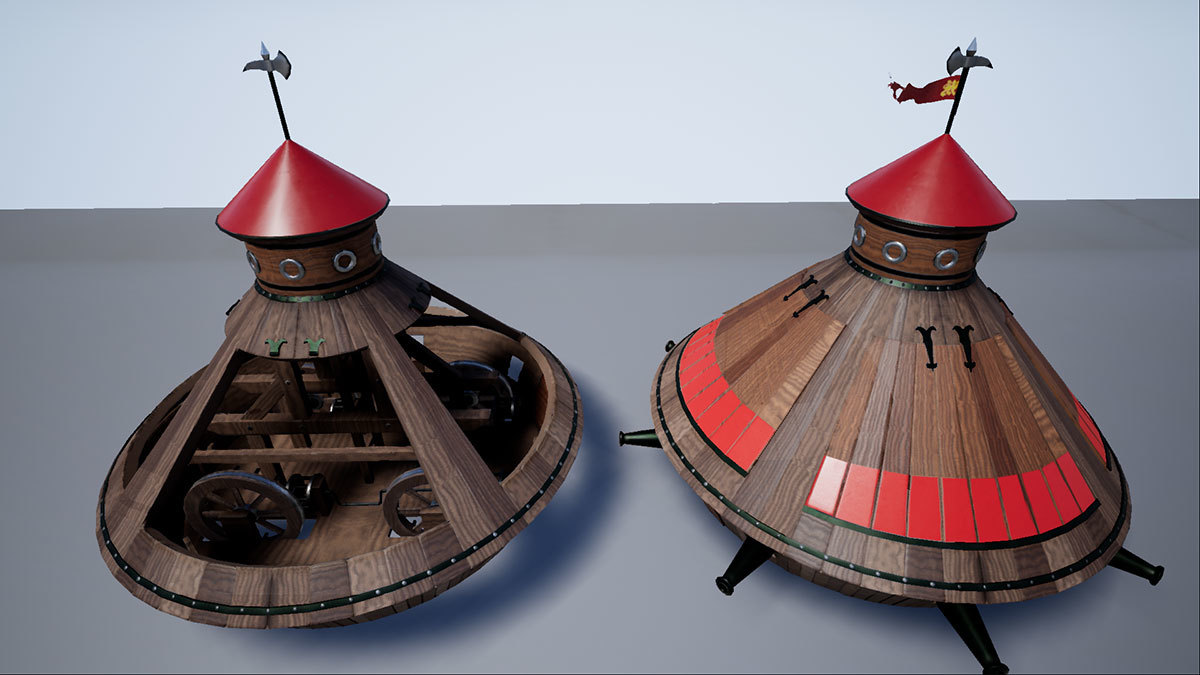 Look at all those fancy details you never get to see in-game!

So our final execution is a middle point between 'stationary' and 'free-to-move'. We decided that the tank will only travel along a straight line in either direction that the wheels spin. This movement pattern requires you to plan the layout of surrounding units with care, but not everything you place near it will necessarily obstruct it's path. 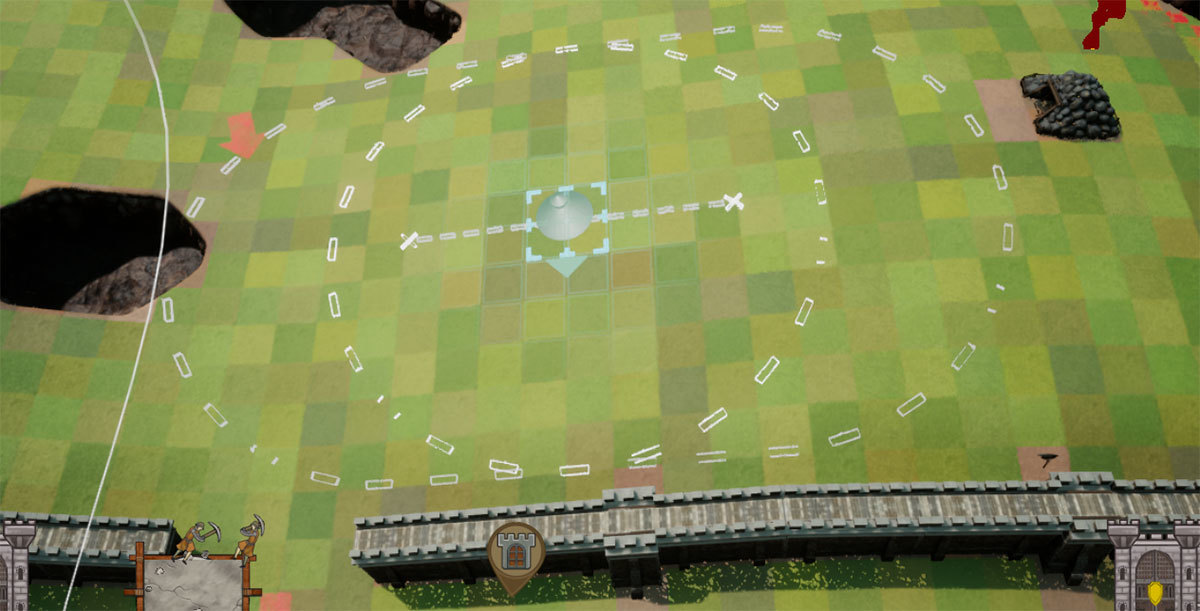 The central line indicates the movement restraints and the outer lines the range of the cannons.

A nice detail we added is a cue which suggests which direction the unit will decide to follow. The soldier commanding the tank has to open the hatch to look where he's going, so whenever the soldier is leaning out that is an indication of the vehicle's 'forward' direction. 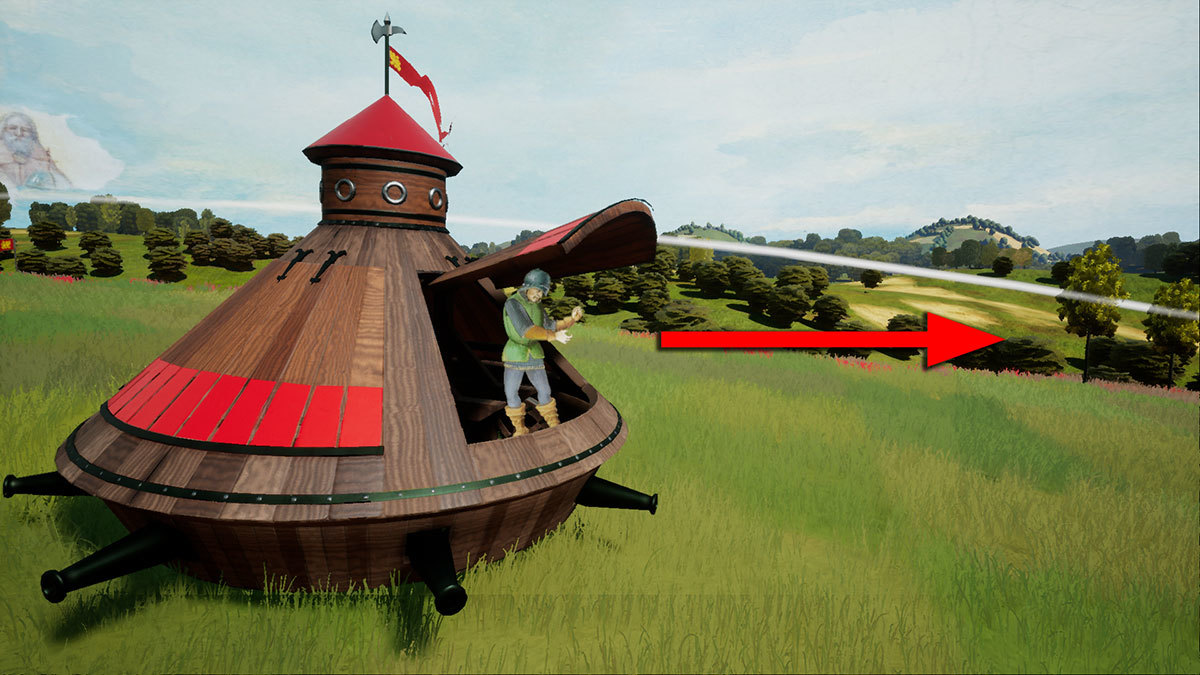 I can't see a thing in here!

And that's it for this update. Hope everyone enjoyed the details behind this unit's development. Until the next blog post! 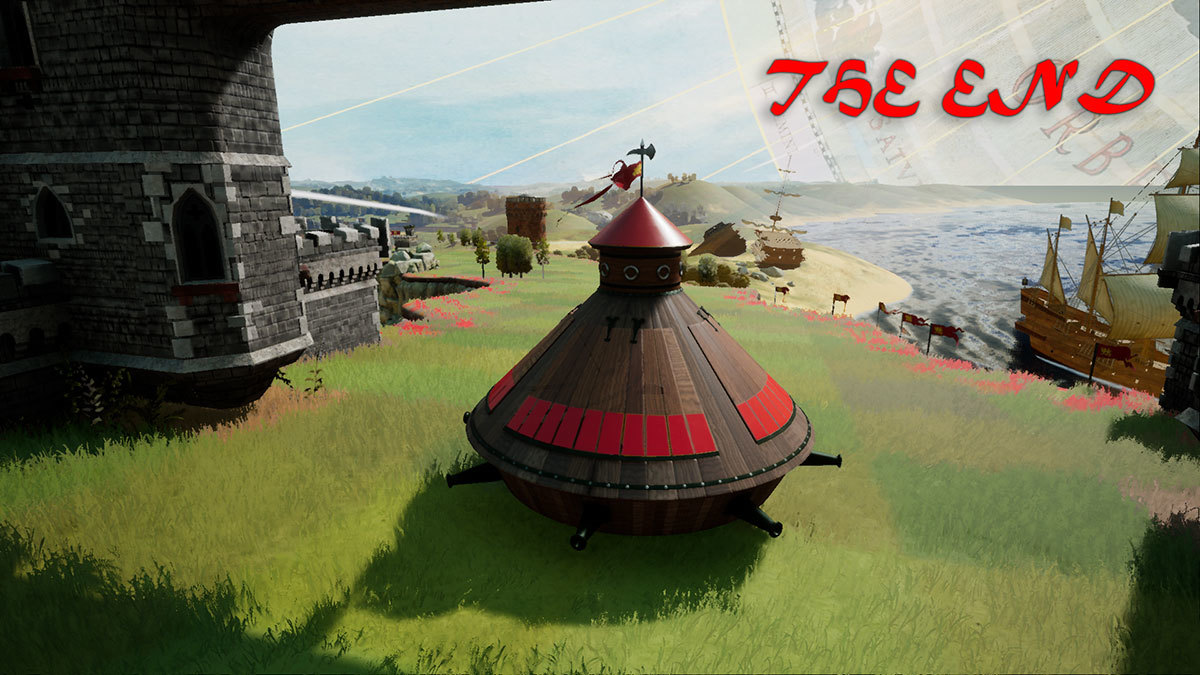