Looking for more insight on Rock of Ages 2 maps? Check out our new Renaissance ramp-tastic level.

Hey guys. Apologizing here again for the lack of updates. The recent Game Developers Conference trip has generated a lot of interesting developments regarding our upcoming projects and there's also been some cool new stuff happening with Rock of Ages 2 that we'll be sharing later. Small team here and so much to do as usual...

On this occasion I'll be sharing our new take on the Renaissance level that features impressive jumps.

Unlike Scotland vs. Wallachia, where we essentially revamped the same layout, for this particular map we wanted to bring back an extensive slope that ends in a huge leap, which was characteristic from the L'Aquila level from the first title. The concept behind the level was cool, but we weren't so happy with the layout, so we decided that instead of modifying it we'd completely redesign the circuit.

Featuring a section where you can gain a considerable amount of speed that culminates in a big ramp was the main idea behind this level. In the original game, the L'Aquila level didn't technically feature a ramp since the area that holds the giant bull accidentally served to propel the boulder in to the sky. 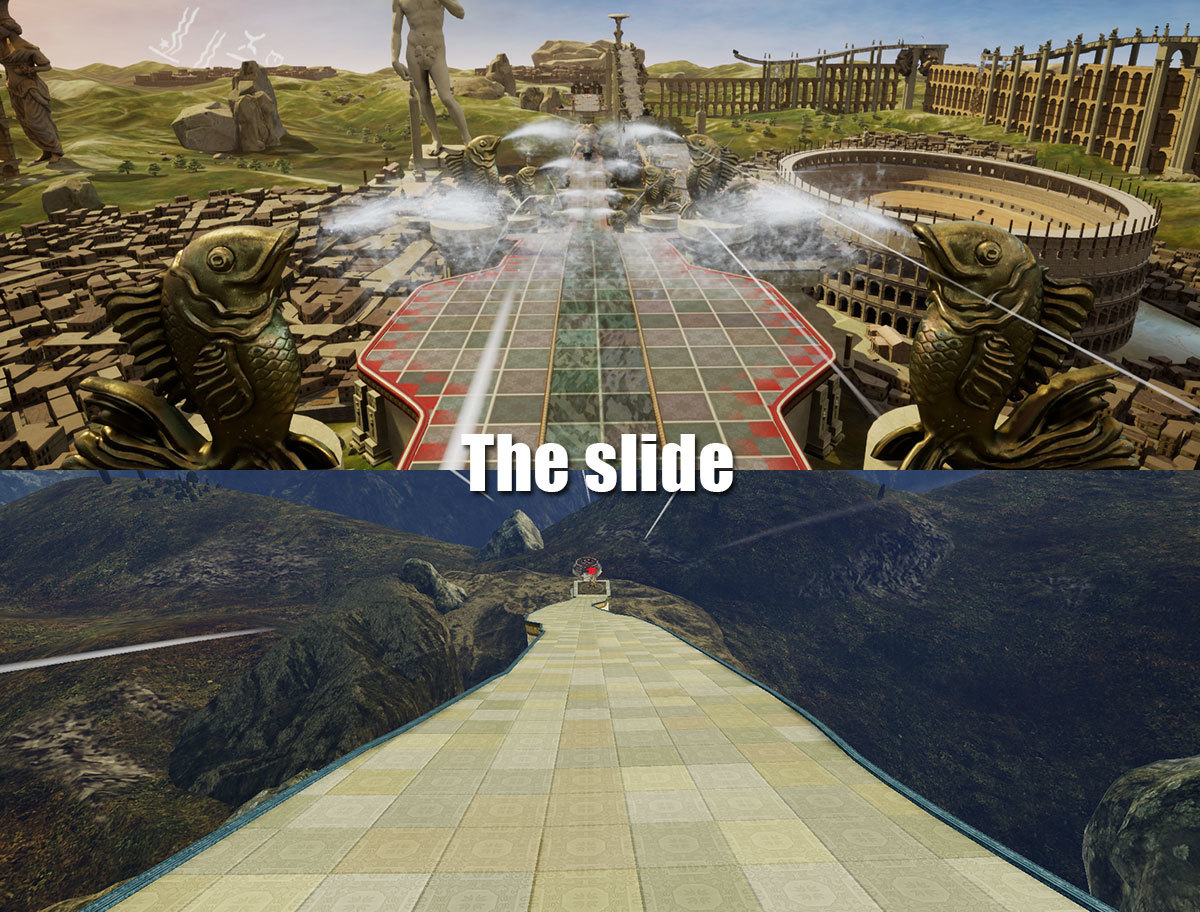 The first noticeable change is the amount of ramps featured in the new level. If the concept is fun, why limit it to a single time for every descent? In Bologna players will have to traverse through a series of giant slides, each featuring a large jump at the end of the path.

Something else we decided to change is the defensive unit tiling. The center area which features a stream of water does not allow you to build there, so players can always gather speed during the slopes. Defenses will be required to be placed on the borders of the circuit. However, descending through the stream will slightly affect your speed, allowing players that risk the path on the sides to gain an advantage.

Our first tests with this new level were designed so that players could cover a long distance by simply rolling off a ramp after having reached maximum speed. However, one of the things that has changed in the new game is that boulders cover less distance when jumping, (less than in the original Rock of Ages). The configuration difference seems small in a regular jump, but on a giant ramp like this it was clear that the boulders were not covering as much distance as we wanted. Thus, we decided to include a form of propulsion to enhance the jump at the end of each slope.

We really missed the giant cannons from the DaVinci and Cherub bosses from the first game, so this seemed like an ideal scenario to bring these back. At the end of each slope the player must aim at the barrel of the cannon to get blasted through the air and reach the next platform. Total speed is still taken in to account, so if the player blasts through the cannon at a speed that is not sufficient he still won't cover the distance.

Note: It's not accidental that the DaVinci giant statue from the first game is featured again in this level (did you miss it from the previous screenshot?)

So what happens if you miss the cannon or don't gain enough momentum when reaching the cannon? The level is designed like a giant aqueduct with lower levels, so players that don't cover the distance during the leap of faith (or "blast of faith"?), will fall to the bottom level where there's a trampoline at the end. 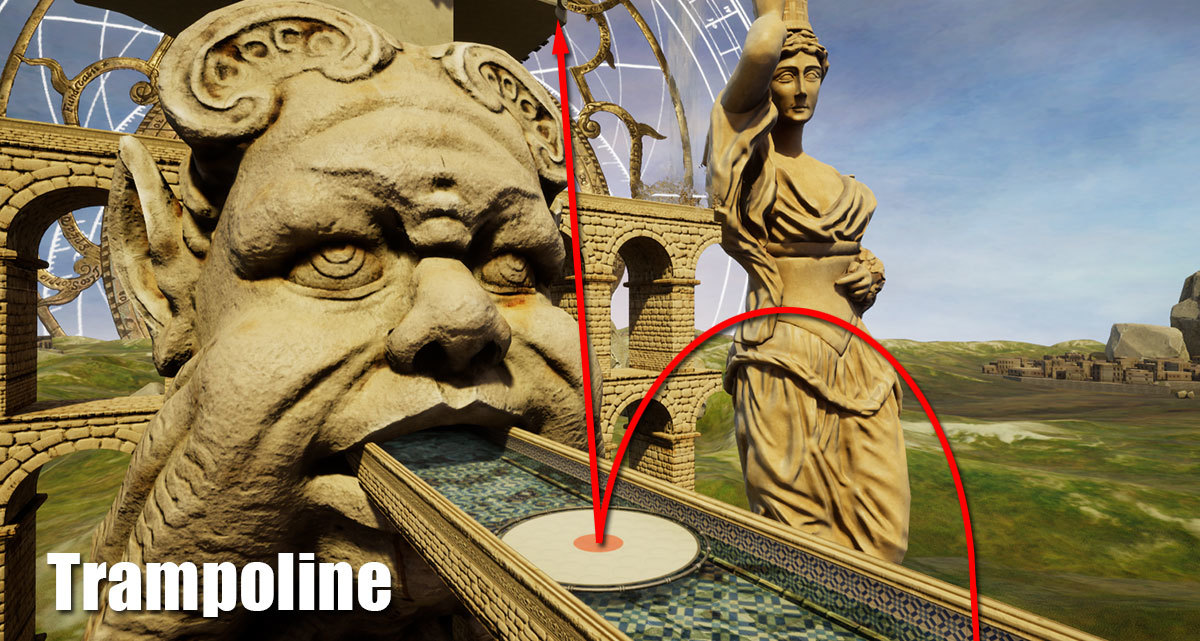 Pretty sure there were aqueducts that looked just like this in ancient Rome...

The trampoline was designed so that the jump is not mandatory, but taking this path will make you lose valuable time.

And that's it for this latest blog post! Hope everyone is looking forward to playing this level which has been very fun to design and test. Stay tuned for more developments coming up next.