I've been working away at Resonance for the past little while, but I've kept a lot of what I've done under wraps. Today I'm going to showcase some things, starting with my terrain philosophy, and then gameplay, and then move on to music, and conclude with a little plot preview. Hopefully, these will give you a bit of something to look forward to! 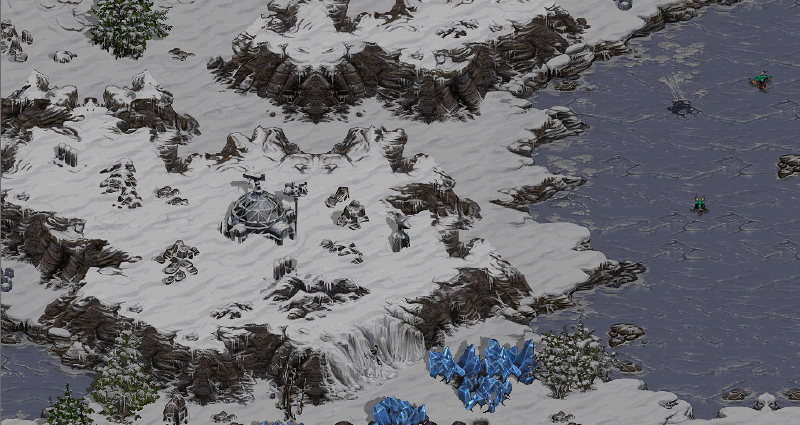 Before starting Resonance, I had almost no experience with ice terrain. The last time I did any work for it was with Gas, and that terrain was sub-par, to say the least. After deciding that I would use the ice planet Floe, I knew I had a bit of a challenge on my hands. 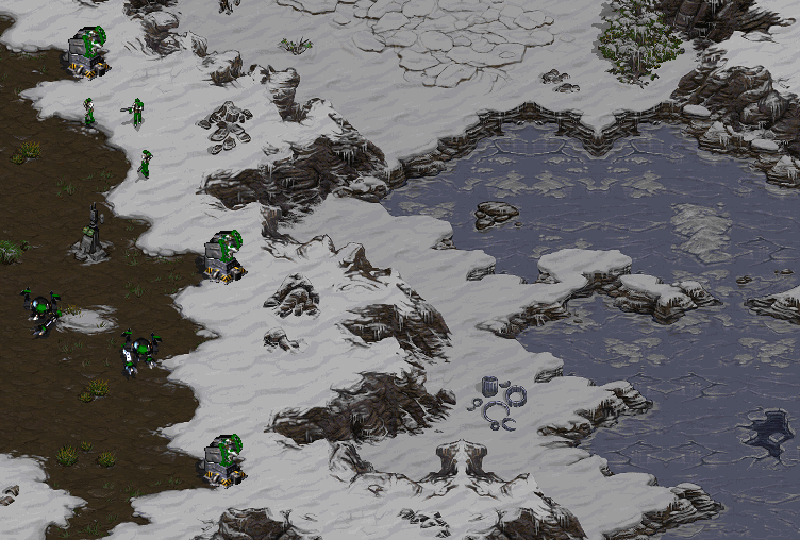 With terraining ice maps, there are a whole bunch of options. Certain tilesets have so few terrain choices and so few doodads that there's not a whole lot you can do to look unique. Ice terrain is to the opposite extreme - there are so many options, it can be hard to choose what theme you want to create with your map. 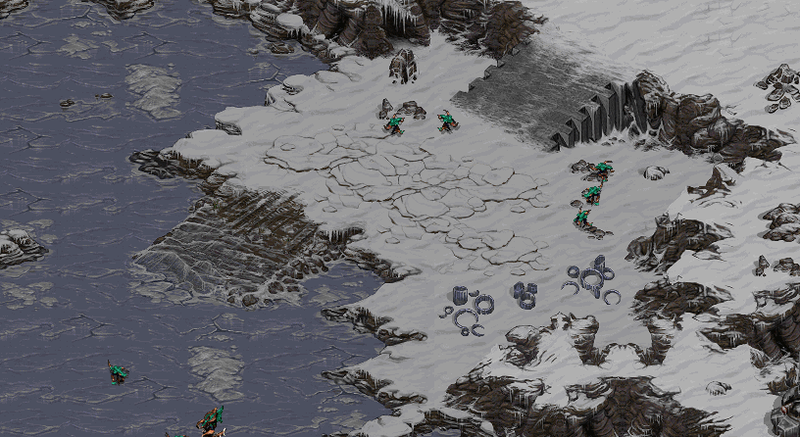 I wanted to give Floe a distinctive look, and I think, so far, I've succeeded in that aspect. I have a balance of frozen lakes, and snowy cliffs, with a whole bunch of abandoned structures lying around, to really show how the Dominion presence has affected the place. I'm pretty satisfied with what I've created for it, and it's helpful to use this as a benchmark for what style to create in the later Floe maps. 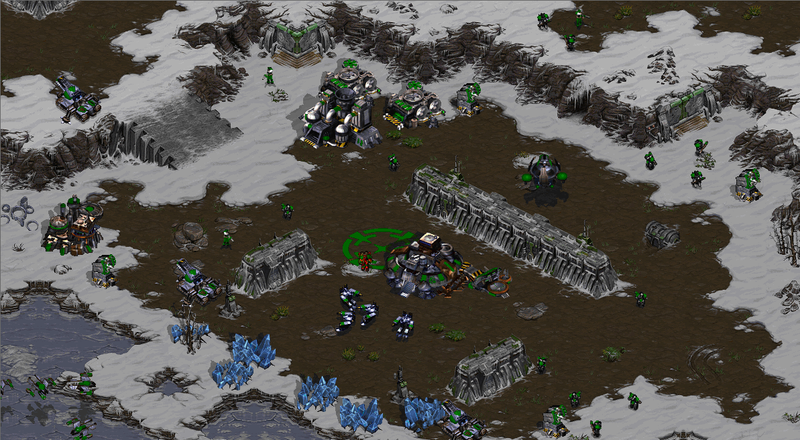 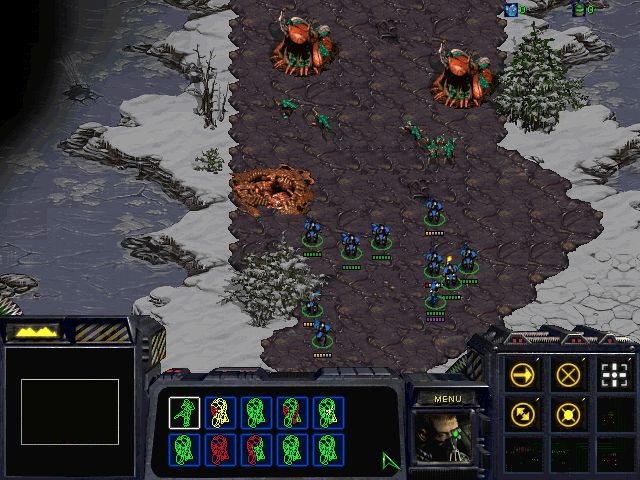 The first chapter of Resonance, Floe, is a fairly average mission for the gameplay. When the mission starts, you control Storm in your exploration of the map, before meeting up with the Dominion and getting more troops. Generally, the gameplay speeds up as you go along, to give the player time to get used to the environment. 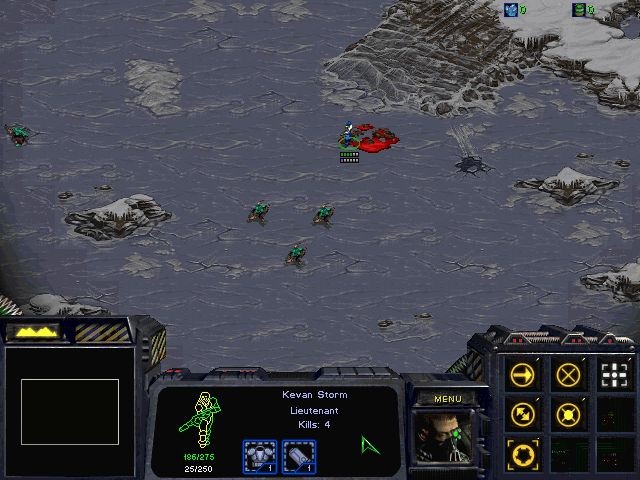 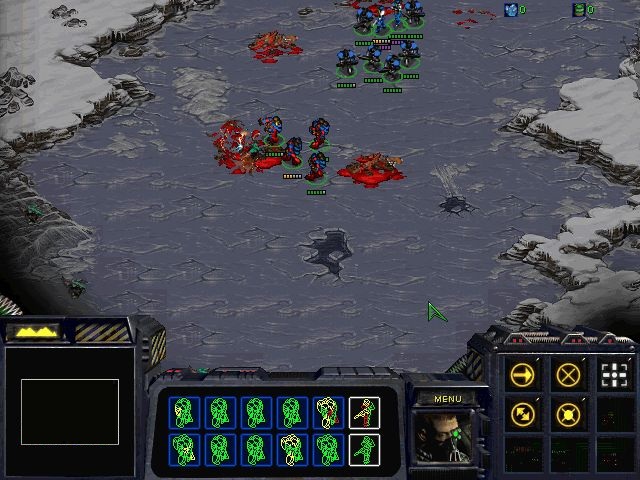 You never gain control of the Dominion base, so essentially, you get some troops and order them around to complete your objectives. This is not exactly 'new gameplay,' for sure, but I try to keep enough fancy stuff in it to keep you interested. 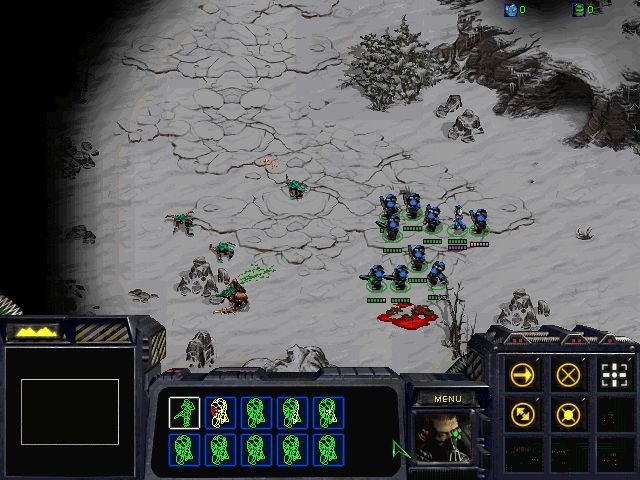 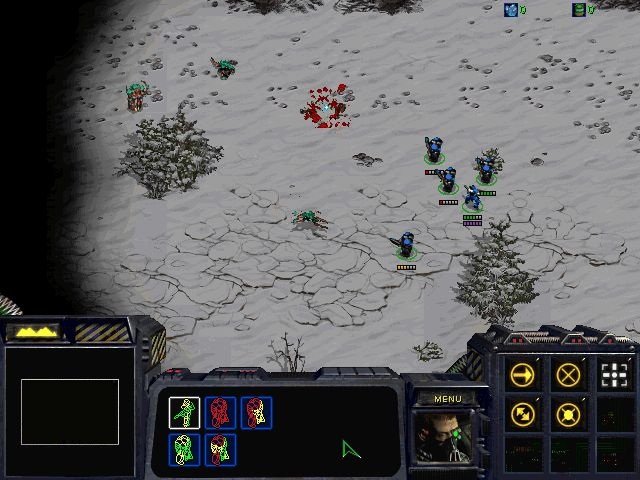 Kevan is no ordinary ghost. He has a proper ghost suit, but the KLF was unable to get their hands on a proper C-10 Canister rifle. As such, he was provided with a Shock Rifle. Storm's rifle can do substantial damage to the Zerg, and has a chance of causing their muscles to 'freeze up' and make them immoble for a short time. I'm planning on giving him a new spell as well, soon. 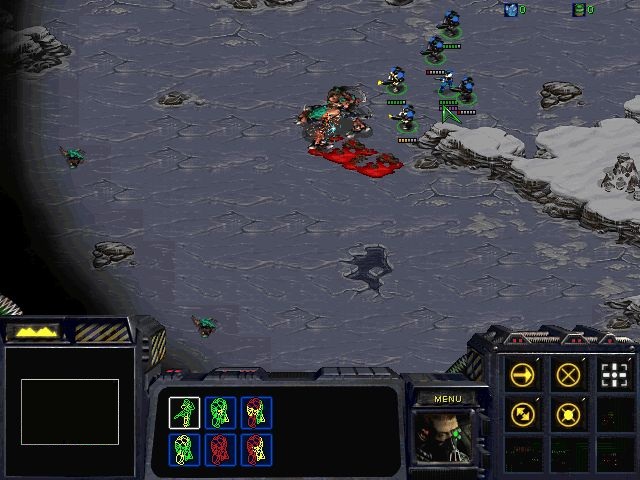 
Because of the negative response for the sound quality of MuseScore, I've opted to return to MusicShake for the time being.
With designing the music in Resonance, I wanted to make a type of song that would be distinctive, memorable, and not too distracting. I've used a lot of synths in it, and it might just be me, but I think it goees well with the ice setting. Creating the music has been one of the most enjoyable aspects of Resonance so far.

Resonance is about Kevan Storm, as he is forced into a Dominion world and lies to save his life, and the choices he has to make when they are thrust upon him.
The short stories that I've begun to write will lead into Resonance. They will be about Kevan's training within the KLF headquarters on Abaddon, the discovery of his psionic powers, and explanations for each of his squad members - which, incidentally, die when Resonance begins. This should give a bit of an insight to the type of world I'm creating with Resonance, and make a little excitement for it!

Because Resonance was made for a contest, I had limited time to create it. If I'd had more time (and more motivation... not gonna lie, I slacked off a lot at one point) it would have been longer.

Maybe sometime in the future I'll extend it. We'll see!