This article contains a small summary about this ambitious Resident Evil 2 (1998) mod and its main features. Coming 2021. 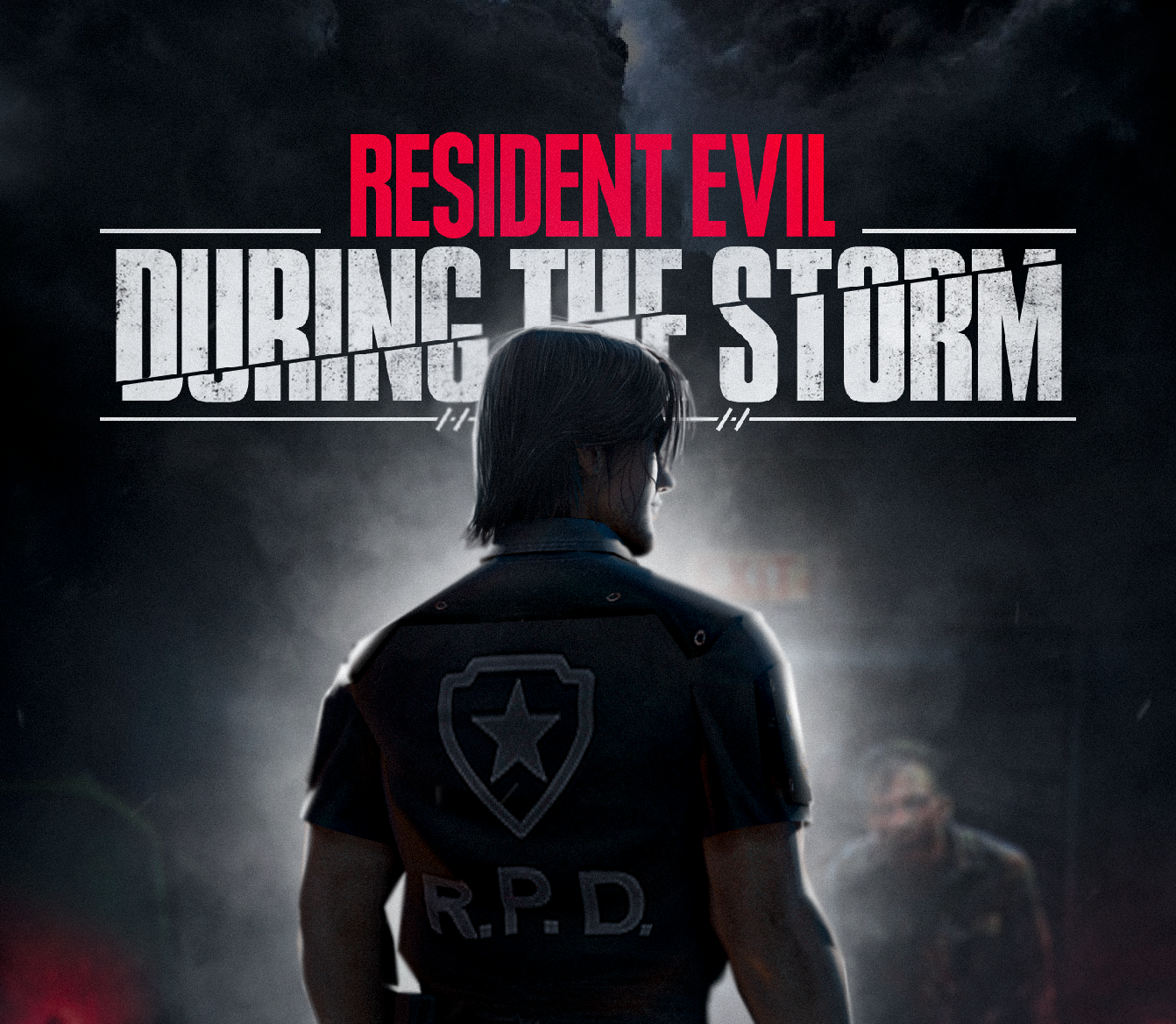 Resident Evil: During the Storm is a free story mod exclusively made for the PC Sourcenext version of Resident Evil 2 (1998). It's being developed by the creator of the Mortal Night mod for RE2, along with his new team (Resident Evil Classic Modding Group), closely following the canon of the saga. It is probably the most ambitious modding project for this game.

The clock is ticking. While the Raccoon City outbreak takes place, the last survivors of the city are barricaded within the RPD with barely any supplies, and panic is taking over. Playing as Kevin from the Outbreak series, you'll have to resist inside and outside the RPD, managing the few resources at your disposal and making sure that survivors don't die. For this, there will be new gameplay mechanics, and you'll have to choose carefully what you want to do, leaving room for dozens of outcomes. Not only your actions will affect the course of the story, but also the moment in which you do them, as there is an internal timer.

The mod is going to be divided in chapters, and each of them will have its own special enemies and gameplay mechanics. They are basically a means of dividing the main events of the story. However, these chapters are not independent and your progress will be saved, so you will have to take care of your character and his supplies.

It can't be determined right now, but During the Storm should be at least twice as long as the original game due to the great amount of content included in this mod, some of which hasn't been revealed yet.

It should be out in 2022, but the first half will most likely be released this year. In order to avoid giving a release date that probably won't be met, we will only announce it when we are completely sure that the game offers the experience we want to give you. Please, be patient.

guys, this is awesome. took a long time to find words to describe how impressed I am with your project. re2 and re3 have a unique atmosphere of hopelessness, isolation and uncertainty. next year the re series turns 25 and your mod will be an awesome gift for fans of the good old resident evil.
I understand that the events of the mod unfold before re3n?

Yes, we'll try to make the ultimate classic RE game, and we have lots of surprises ;)

About your question, yes, a part of the story unfolds before RE3.

Omg bro i love it so much !! For an old fan as me it's paradise, Capcom took another direction with the franchise till RE4 and im glad someone finally understand what is the substance of a true RE. It's dream come true, as good as old ones with this little + which are the living atmosphere of the RPD, the choices we have to make and the conversations through the people in there.
One word, awesome. Can't wait to play the full story