Tipa alerted me to this odd, and oddly entertaining, browser title. It's heavily influenced by classic Everquest in everything but the actual combat, which is apparently derived from one of the few MMOs I never played,Phantasy Star Online. 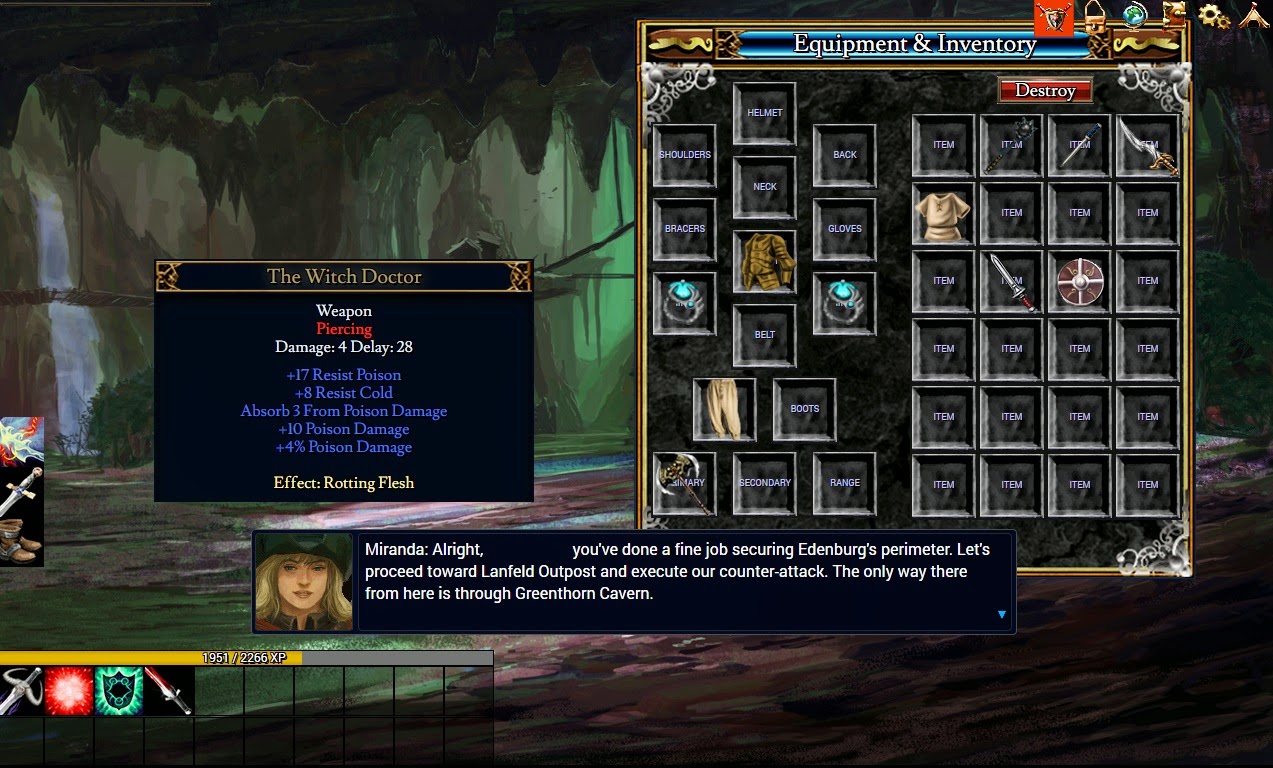 Tipa alerted me to this odd, and oddly entertaining, browser title. It's heavily influenced by classic Everquest in everything but the actual combat, which is apparently derived from one of the few MMOs I never played,Phantasy Star Online.

Indeed, when you're faced with the character creation screen you might wonder if you haven't logged into EQ via some wormhole through time. The font, frames and color palette are all eerily reminiscent. The classes and races - well, they're not just reminiscent - they're identical.

Partly that must be because Joe really is being highly realistic with his hopes and expectations. He's only asking for $4000, which is the same amount he's already spent commissioning the very attractive and professional artwork (by Jocelyn Sarvida) you can see in the game right now.

It's a huge advantage for the funding process that the game we're being asked to back is already available and fully playable. Indeed it looks more as though the fundraiser is to recoup costs already expended than to get the game finished. 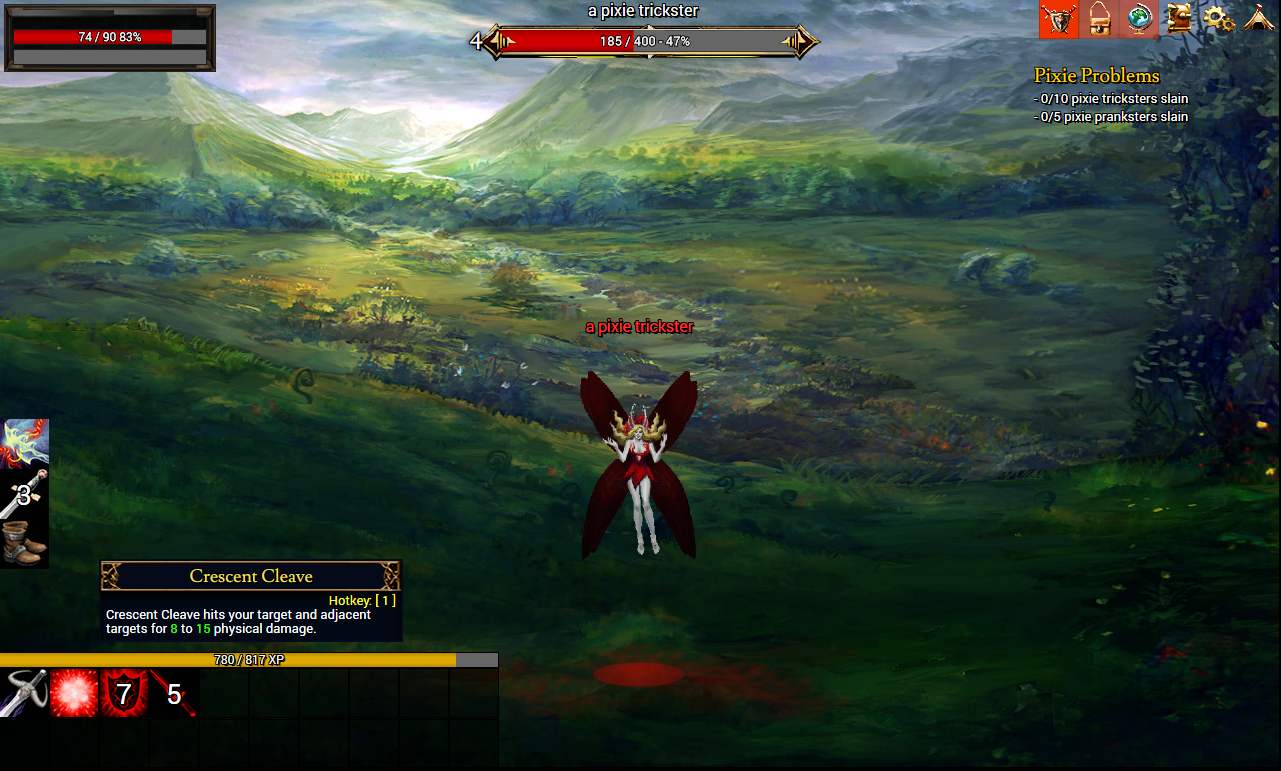 That might be seen as a problem, especially for a title that is going to be free to play anyway, but the business model does include a Cash Shop and the Pledges include cash shop currency and in-game items, meaning that, if it's a game you think you might play, then pledging really amounts to pre-ordering and paying up front for some stuff you'd most likely end up buying anyway.

There's an interesting and informative interview (once again found by Tipa) that gives some fascinating background. The hard details on costs, particularly of having bespoke art and sound assets created, I found very intriguing. Who knew it could be done so economically with such fine results?

All in all this looks like a very solid product with its feet planted firmly on the ground. I'm not entirely sure it's something I'd play very often, being mostly an MMO player, but the Everquest vibe is a strong draw and it plays perfectly on my Windows tablet so who knows? I got my ogre Shadowknight to level five in a few minutes just before I started writing this piece and he gets spells at level 9 (sounds familiar) so I wouldn't want to stop before then.

What's more, if Joe can get to some of the stretch goals, such as in-game chat, mail and player-to-player trading, who's to say it won't end up being an MMO after all? I haven't backed it yet but chances are I will, if only for a modest amount. Either way, it's a good-looking, well-presented Kickstarter for a very playable game and I'm very happy to give it what little extra publicity I can.