Project Reality v1.6.7 brings a new gamemode, a mortar for PLA, many quality of life improvements and the usual assortment of bug fixes. Find out more in this highlight!

In today's highlight we would like to introduce some of the bigger additions and changes coming with the release of v1.6.7 for Project Reality: Battlefield 2. This comes with a brand new gamemode, a new deployable for the PLA as well as the usual bugfixes and quality of life improvements. Enjoy the update!

We all know that seeding servers can be boring when the number of active players is below a certain threshold. Aimed to be played with a player count lower than 30 players, we believe this will be a good alternative to skirmish and make it easier to seed servers.

In this new fast paced mode, players have access to a single gun, a knife and 3 patches. Every time you kill an enemy you advance to the next level and get rewarded with a new gun. Additionally your health and patches are regenerated. Your current level is displayed by the amount of kills in the scoreboard and the first one to beat all 35 levels wins.

If you're killed, you will be able to re-spawn immediately - there's no medics or revives in this game-mode. To keep this gamemode fast, you have infinite stamina to run around the map. Outside of that all other mechanics you know from infantry are intact. You will have to deal with deviation, suppression and bleeding just as in any other gamemode.

The players are still split into two teams, but everyone works for themselves to win. Even your own squad is working against you. Killing soldiers of your own team is punished by degrading you to the previous level.

You'll be able to experience gungame in the following locations:

The 82mm mortar PP-87 will replace the Podnos on the Chinese armies. It got created by Hokunin and is based it of his Podnos model. With this addition the PLA and PLAMC again get a step closer to their real life equipment. 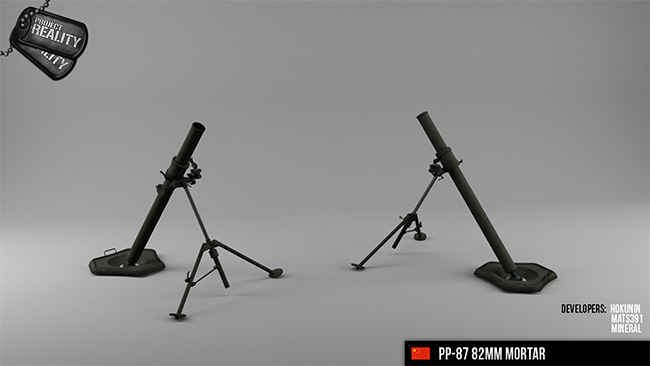 In this update we keep improving the user interface to be easier to understand with less hidden features. For this we added buttons to the kit requesting to explicitly show the options for STD and ALT kits. Additionally we made requesting kits easier as you now instantly switch to the new kit and no longer need to press a button to pick it up. In the same way you will now always pick up the kit you died with when getting revived (unless someone else is using it).
To make it easier to join the squad you want, you will now be able to join squads while dead. However if you joined while dead, you will not be able to use the squads rally point until you spawned in at least once. This is to prevent abuse by joining a squad with close by rally after you died.
Lastly you will new be able to see the reason the admin used to kick you in the main menu. This will make it easier to understand why you got removed. 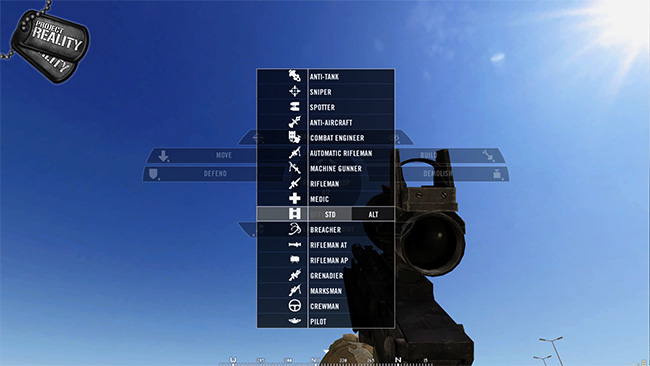 Gun Game! What the hell! Wow, the things you guys are still able to do with the old BF2 engine is impressive!

Gun Game in PR2 ... you guys must be desperate for new players!

Perhaps investing some time in making an interesting and enjoyable single player mode might benefit your mod's popularity.

I know a lot of people who only play single player (myself included), and these days there's virtually nothing available for us. Which is one of the reasons why many of us continue to mod BF2.

The PR team have done amazing thing with their mod, and I get the whole 'milsim' thing, even though it doesn't interest me.
But tbh, PR single player is tedious and boring.

I think that with the skills and talents that you guys have you could produce a really great sp experience.