It’s been quite some time since our last update, so instead of showing another showcase, we think it’s best to show a bit of our progress so far.

It’s been quite some time since our last update, so instead of showing another showcase, we think it’s best to show a bit of our progress so far. This post will show two things, our finished models and the new HUD. It must be noted that the HUD is still very early, but it should give a sense of what’s coming, and production has been really solid lately so we should be able to get them done very soon. Now let’s start off with the finished models: 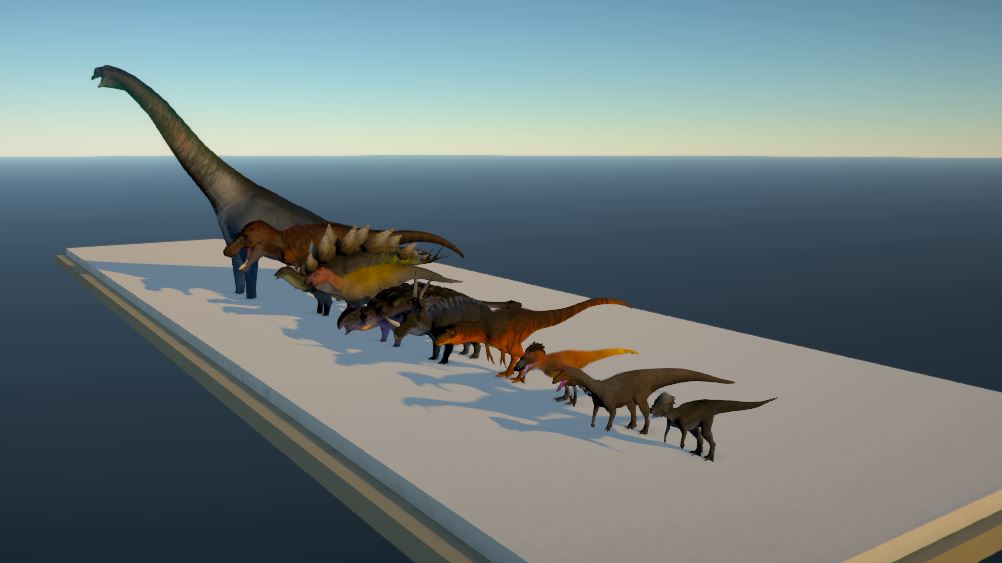 The picture above shows our finished models so far (From left to right): Brachiosaurus, T-Rex, Stegosaurus, Iguanodon, Ankylosaurus, Styracosaurus, Appalachiosaurus, Utahraptor, Plateosaurus, and Pahcycephalosaurus. The others on the list will come very soon.

Next is the new HUD: 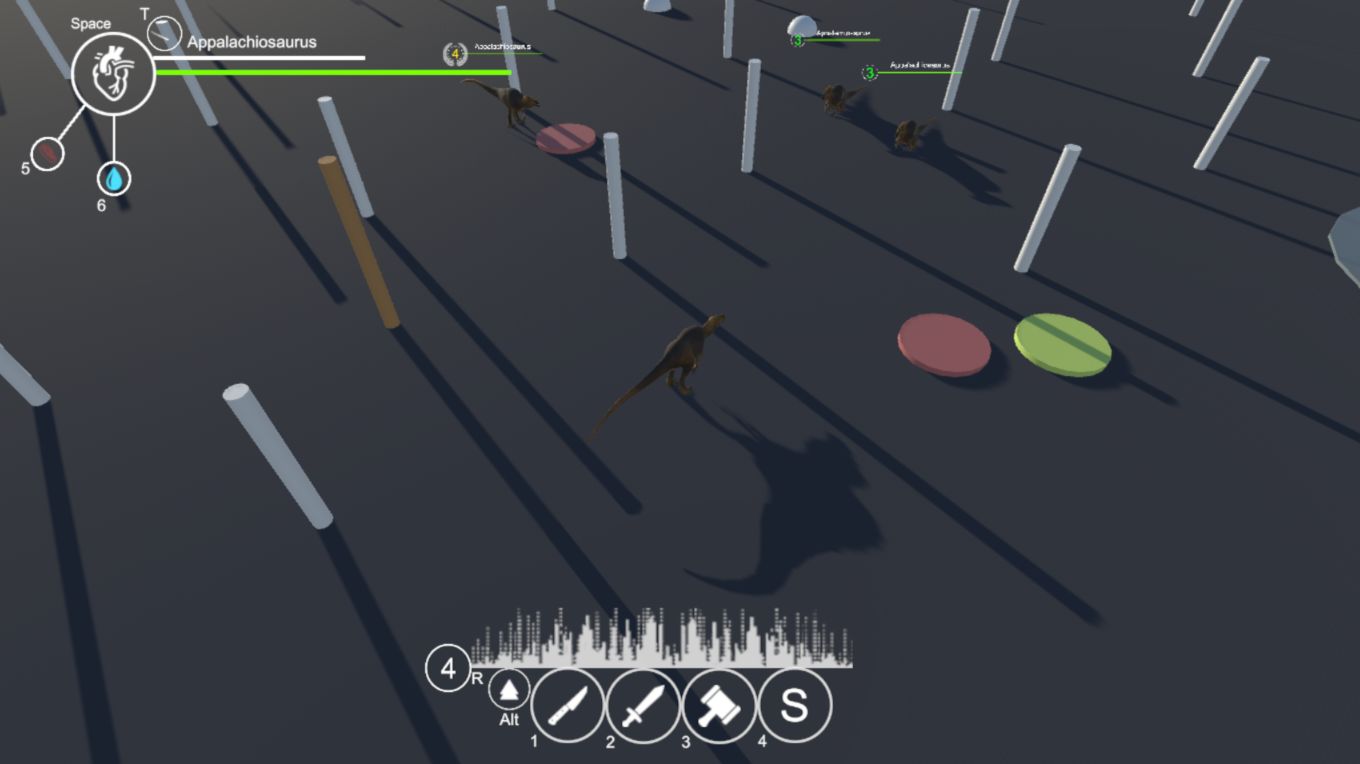 This is the new HUD for the game. The HUD is grouped into two areas, the top left which represent the defensive and survival elements, like player health, armor, hunger, and thirst, and the mid bottom which represents combat elements like light attack, heavy attack, stun, special attack and roar.

This scene takes place in a “Prototype” environment, so this scene isn’t going to be included on the final build. This scene is where we playtest the code to implement gameplay features like combat, movement, AI, NPC, etch, however we couldn’t show the gameplay just yet, because there are still a lot of things that needs to be done on this subject and things are still really rough, so we will show gameplay once it’s a bit more polished.

Anyways, we hope that you liked what we've made so far.