Alternate history weekly update is a blog describing all of alternative history content in media. I've had a pleasure to post an article on this site.

It's a turn based strategy developed by me, with slightly different setting than other 4x games. It takes place in a future where scientists developed a way to move between parallel dimensions which contain alternate Earths. Those Earths are explored by an international agency.

You can ask yourself how does it work, but the idea is pretty simple. At the start of the game player has one Earth (our Earth), which is the homeworld of an international agency directed by the player. The goal is to conquer Earths from parallel dimensions. Our science department is looking for the special threads leading to connection with alternate worlds. When they find one, we can deploy our agents by the use of special catapults (devices for movement between parallel dimensions)... 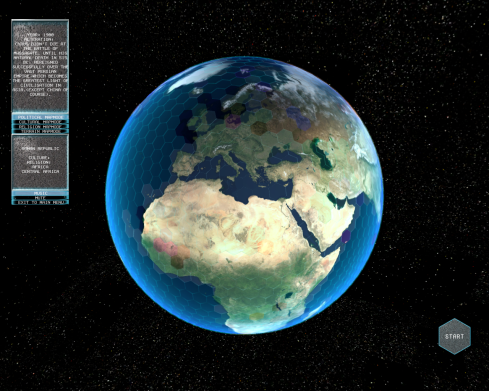 Ok, but how do you create these alternate earths? Basically the game takes place on a hex grid (similar to Civilization V, but a grid is on a sphere, not on a plane). Alternate worlds are generated from an .xml file containing all possible alternate events created by me (in the future I'm planning to create an additional editor for the player). Those events are changing parameters of the historical simulation.

...Which are built from rare Earths. So, at the start of the game your ability to move between worlds is limited. Most of the actions of the player are made with a usage of Agents (slight similarity to heroes from Heroes of Might and Magic). At the start of a game your main goal will be to infiltrate communities of parallel Earths, making possible for your agents to steal technology or rare Earths (needed for catapults). In time, after some technological progression, you'll be able to craft a multidimensional empire.

Historical simulation is based upon cellular automata, where different polities are fighting each other. When I present an alternative event, it changes parameters of some entities, thus making results of the simulation different. I would call it a semi-procedural generation (because alternative events are somehow predefined). I'm working now also on adding events where human civilizations weren't developed, because of catastrophe or other evolution lines. 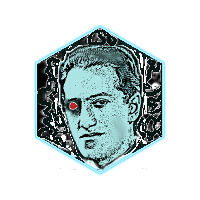 Development
Earths is in a very early phase of development (pre-alpha), and is created by one person (me). The future shape of this project depends on success of the IndieGOGO campaign, where I'm trying to collect money for further development. If it fails, the game will still be created, but it will stay as a side project. So, to sum up, the playable version will be created in late 2015 (if the campaign ends in success).
* * *
Learn more about Jakub Olczyk's Earths at his Indigogo campaign and his IndieDBpage.