Welcome to the Players Choice: Best Upcoming Mods of 2017 Results! The following mods have been selected by ModDB readers from the Top 100 nominees to determine which mods they are most anticipating for future release.

Before we present the winners, the following mods polled strongly and deserve our attention for either narrowly missing out, or they have previously placed in a best upcoming countdown and are ineligible to place again. These mods have significantly impressed us over 2017, and we are eagerly anticipating their future developments.

Awakening of the Rebellion

Awakening of the Rebellion is a Singeplay and Multiplay Mod for StarWars Empire at War. The mainfeature of AotR is a complete change of the gameplay. We tried to create the single fanctions as they are shown in the movies. The AI is almost rewritten and will be a challenge as ever before There are new Story Events and reworked existing ones. All Space and Ground-Units are updated and/or replaced with new Models/Textures. New Soundeffects and Music-Tracks, a New Galaxy Map that is almost Canon and new Space and Groundmaps.

Fallout 4: New Vegas aims to recreate Obsidian Entertainment's Fallout: New Vegas in Fallout 4's Creation Engine, with all of the original quests, story and content, with additional gameplay elements and systems from the new and improved engine! While F4NV will require a massive number of assets to truly recreate our vision of Fallout: New Vegas, the amount of content we see coming out day-by-day really makes our goal feel a lot more surmountable

Enjoy the large and lush world of Cyrodiil with updated graphics and mechanics in Skyrim's engine. Skyblivion is a volunteer-based project by the TESRenewal modding group. We aim to bring the Elder Scrolls IV: Oblivion to a new generation of gamers and re-introduce it to long time fans of the series. We are currently in the process of porting and rebuilding Cyrodiil along with all of its quests, locations and characters into Skyrim and Skyrim: Special Edition. Upon release, our mod will be completely modular which means that the player will be able to choose what components he/she wants to have installed. This includes all enhancements developed by the team such as our Landscaping Overhaul, Interior Overhaul, City Overhaul, Weapon/Armor Overhaul and much more. 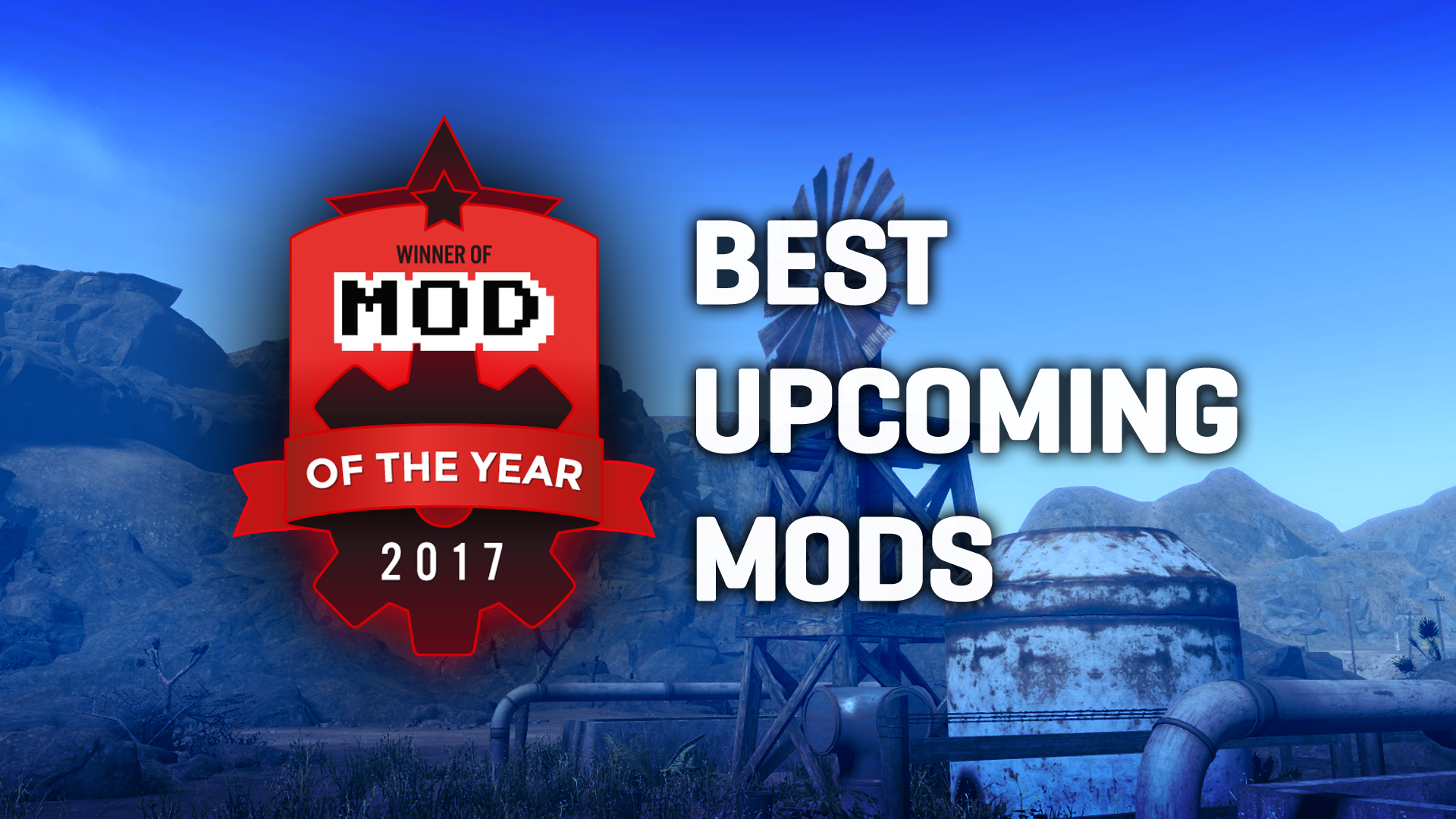 Great job to everyone involved in each mod! Im especially looking forward to Skyblivion, F4NV, and TSR!

A Rebel in your zize appears everywhere it seams. :D

Ray of Hope > all this garbage

It got an honorable mention. You cannot continue to win best upcoming - so now we must await it's release!

AHhahaha, you know when fans want to remake NV in the updated engine and it wins 2nd place, that f04 is a piece of ****. So cool to see Operation black mesa and Tiberian Sun rising mentioned here. Congrats to the other winners!

So much Star Wars :D

Also, thanks to the moddb peeps for the Operation Black Mesa honorable mention! :)

Three honourable mentions are oh look, STAR WARS. Whoever picked these must've had a raging boner for Star Wars but honestly, some bloody variety would be a lot better in the 6th-1st place sets.

Anyway, I'm happy for you guys but come on Mod DB, y'all should've picked Fallout: New California or Fallout New Vegas: The Frontier as the 1st place pick.

It's based on the results of voting, it's not being picked by someone. Its a popular franchise right now, smods related to it are going to be more popular right now and therefore perform fairly well in a popularity contest. Established franchises like that also tend to be more attractive for getting overhaul projects in the first place, so a larger amount tend to exist in the fiest place.

Better than 5 of them being Half life mods like they usually are.

Nothing will beat some unknown Half life mod with 0 presence on moddb or even their own website for almost a year taking 2nd place over Sins of the Prophets. That caused a **** storm that lasted for weeks

LOL @ "Random RTS Game Mod"
Fun Fact: The Command & Conquer series is the franchise that pretty much cemented RTS as a genre.

It's like that every year mods tend to fall into a small handful of IPs it's always Star Wars, LOTR, GOT.

Which makes sense when you think about it, modding is usually about "more of the same".

At least it's not HL crap as always.

Also "Random RTS Game Mod" ???? Kane would not be amused.

It actually makes perfect sense that we see a lot of Star Wars, as mentioned before it always has been a popular franchise which also got a significant boost thanks to the new movies.

And all of the recent Star Wars games we got were absolutely awful, so of course people are turning to mods.

Congratulations to everyone who won, lots of awesome work! Excited by all of these mods, really cool looking stuff as always.

I agree. I'm actually excited for all of these mods for once.

All of these mods have drastic gameplay, model, and sound changes that warrant all of these places.

I'm excited that Fallout 4 will actually get some good content.

Obsidian should make the next Fallout game, screw Bethesda. (And that sucks, 'cause I loved Fallout 3....)

Congrats to Tiberian Sun Rising! I have been following your development since 2006 and hopefully you will finally make "Released" status soon.

Thanks sgtmyers88 yes we look forward to graduating to the Released category in the near future :)

Wow! Incredible! We are certainly humbled and grateful for the fans strong support! From both my self and our entire team at Tiberian Sun Rising you have our heartfelt thanks! We got another update coming before 2018 is over and then we will continue to deliver the best we can over 2018 :). Thank you, everyone!

Congratulations on creating a fantastic mod! :)

Interesting and diverse list! Suprised that no Source mod made it this year. Pleasantly suprised, that is. Congrats to everyone! Can't wait for the MOTY :) .

Thank you MODDB and all our fans for getting us the that #1 spot.
Fantastic way to end the year. We are all humbled and gobsmacked. Much love to you all and see you in 2018 <3

Rebelzize Congrats on winning the No. 1 spot! Looking forward to seeing Skyblivion's release :) Happy Holidays and all the best in 2018 :)

MAybe FO4NV will give me an actual reason to play FO4. Congratulations everyone.

'Tis a shame "Screaming Steel: 1914-1918" didn't even get a honourable mention, but I guess that's what happens when you decide to reveal yourself with, what personally felt as, too little, too late.

Can Skyblivion release already? Its been years now

Wow Star Wars sure is popular this year.

Well done to the winners. I think Age of The Ring should have had an honourable mention.

Age of the Ring is not an upcoming mod! It has seen several releases. So it wouldn’t be on here.

Congratulations to the winners!

Oops, I misread! Seems I cannot think of mods without Age of the Ring...

Awakening of the Rebellion was released multiple times too, yet its here.