Here are all the new Undead units made so far! (WIP) 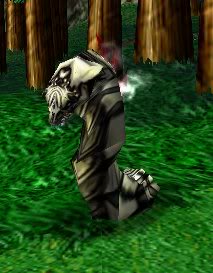 Skeleton Warrior:
Gold Cost: 55
Lumber Cost: 0
Food Cost: 1
Hit Points: 380
Attack Base: 11
Cooldown: 2.00
Ability's:
Upgrades:
Frosting Strength
Built At: Graveyard
Information: The Skeleton Warrior is a unit that is weak but cheap, if you ever run out of money and need an army quick, this is the unit to build.
Picture: 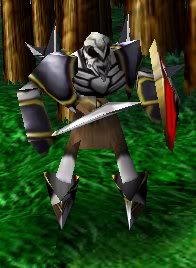 Undead Archer:
Gold Cost: 70
Lumber Cost: 0
Food Cost: 1
Hit Points: 180
Attack Base: 12
Cooldown: 1.80
Ability's:
Upgrades:
Frosting Strength
Built At: Graveyard
Information: The Undead Archer is a unit that is weak but cheap, if you ever run out of money and need an army quick, this is the unit to build.
Picture: 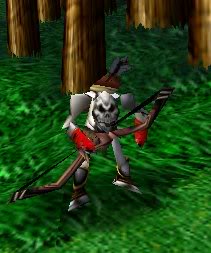 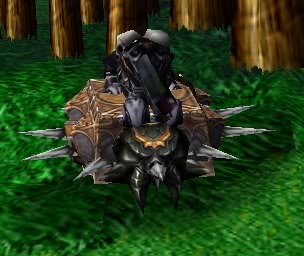 Parasite: (lvl1:50 Mana) The Parasite ability is a targeted ability. When the targeted unit dies a void walker spawns from it's corpse.

Dead Frenzy: (lvl1:75 Mana, lvl2:100 Mana, lvl3:145 Mana) The Dead Frenzy ability is like the Bloodlust ability but it can only be cast upon undead units.

Doom: (lvl1:150 Mana) The Doom ability is a targeted ability, the targeted unit cannot cast spells and will take 40 damage per second until it dies. Upon its death, a great Demon will spawn from its corpse.

Locust Swarm: (lvl1:150 Mana) The Locust Swarm Ability Creates a swarm of angry locusts that bite and tear at nearby enemy units. As they chew the enemy flesh, they convert it into a substance that restores hit points to the Crypt Queen when they return.
Upgrades:
Built At: Crypt Warren
Information: The Crypt Queen is a Supportive Hero, adept at spawning insect eggs and supporting the Base. Can learn Parasite, Carrion Beetle Egg, Doom and Locust Swarm. HIGHLY recommended for use of base protecting.
Picture: 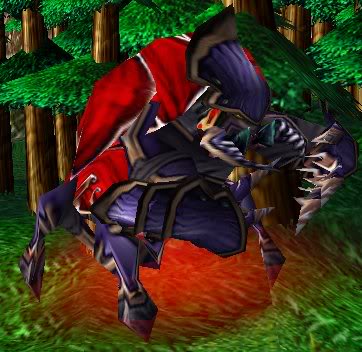 Ultimate still being worked on...
Upgrades:
Summoned At: Altar of Darkness
Information: The Lich King is an offensive Hero, adept at weakening units and increasing it's power. Can learn Cleaving Rage, Deathly Scream, Rage Aura and Bloodlet. The new powerful Lich King uses rage instead of Mana, he gains Rage when he Attacks
Picture: 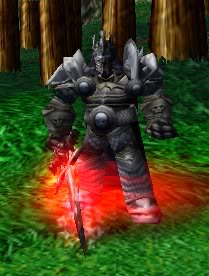 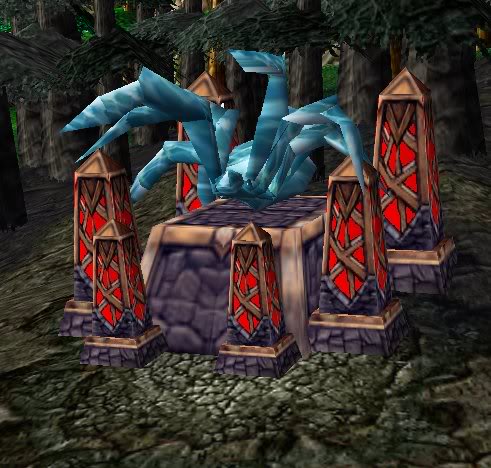 Feel free to leave your opinion here, I'm open to any criticism, but please make it constructive. Thank you.

I would have to say that the undead archers are a little too cheap. i could see them easily being abused

where do i download the mod? im new to this sorry

bit random stumbled on this, but it looks amazing
all i would say is i would make the lich king more powerful and bigger
after all he is the 'lich king' like more powerful than archimonde and that.
though i suppose that may make him too powerful - any how i'l leave it with you, but it looks great.

its ok put when are the other units comming our?

ummm... new to mod planning or w.e but heroes only have 4 abilities

Lich king! Lich king! Yes!!!
But... Btw, I understand you cant make it OP, but... But! The Lich King is techniqually stronger than Archimonde and even Kiljaeden as he managed to stop them both, he also ((Along with Arthas)) was able to end the Burning legion and renew the scourge... Plus he basically possessed Arthas so that the two would be one person. I dont now how to make LK any stronger myself, but its a suggestion.