Frag the tanks (former Wartech Commander) is getting a new builder user interface! Check it out and leave a comment!

Posted by FlyingCubicle on Mar 4th, 2017

The new builder user interface is much more sophisticated !

To show the progress the old UI is shown. As clearly visible the old one was much more simple. You selected the card and the part was connected to the correct mount. You could not change the view or rotate the view to your vehicle and you had to select the right register for the wanted part. Also the design was not very appealing. Also the background did not match the scene and the stats menu was hiding the vehicle itself. Also the overall UI design was not very through thought. The vehicle should be the centre of the scene and the parts somehow secondary as the full picture of the vehicle counts. In addition the overall UI was too complicated and too crowded. It was just too much and you could not focus on the main part... building a cool war machine! 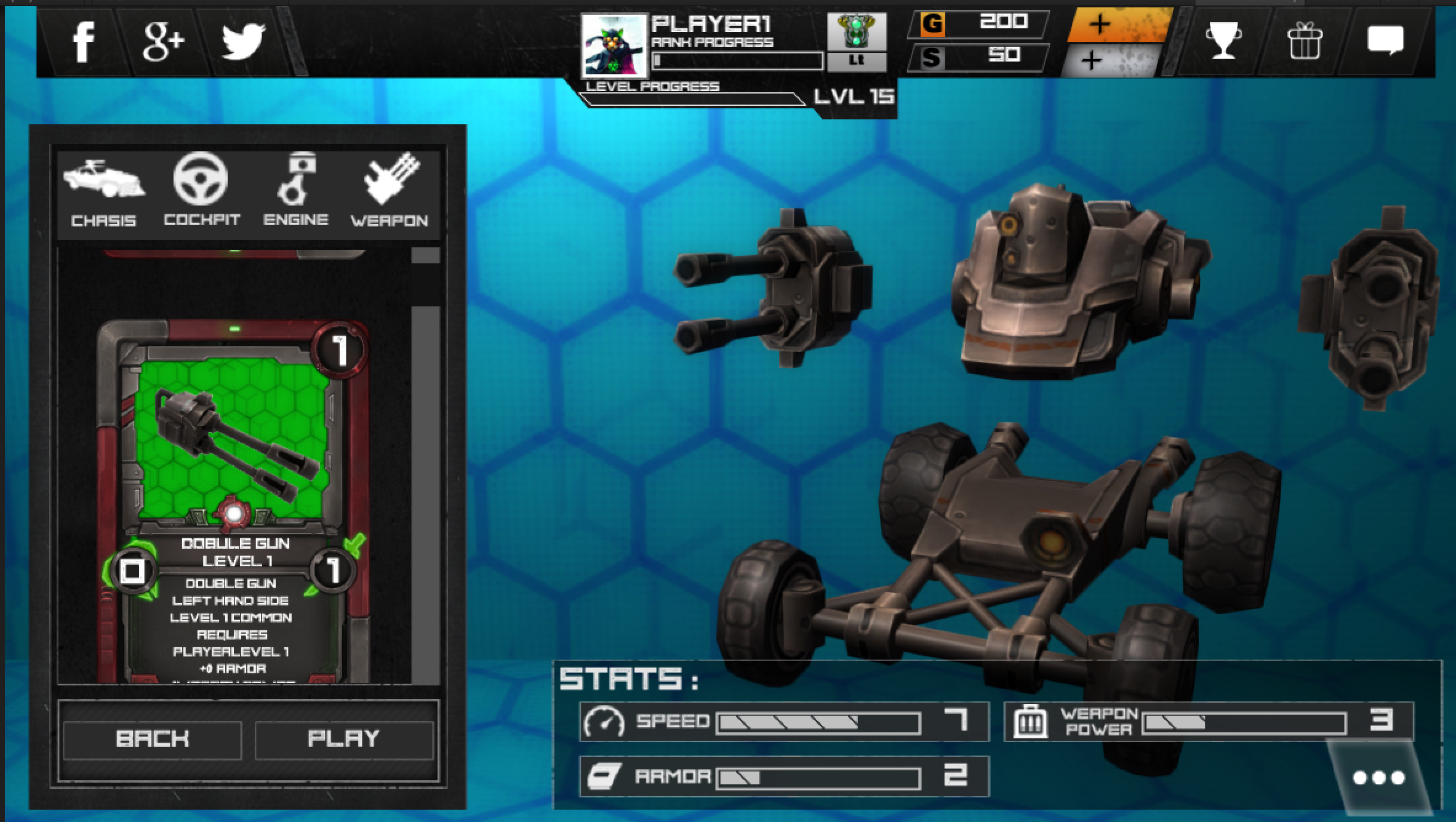 The new user interface is much simpler and more intuitive! On the left hand side you can select your vehicle build and save it accordingly. You can draw the register out or hide it to the vehicle is in the foreground. Also the saving is new so you do not need to build your vehicle every time from scratch. To use the cards you obtained in the shop, you need to separate your vehicle into parts with the separate button. 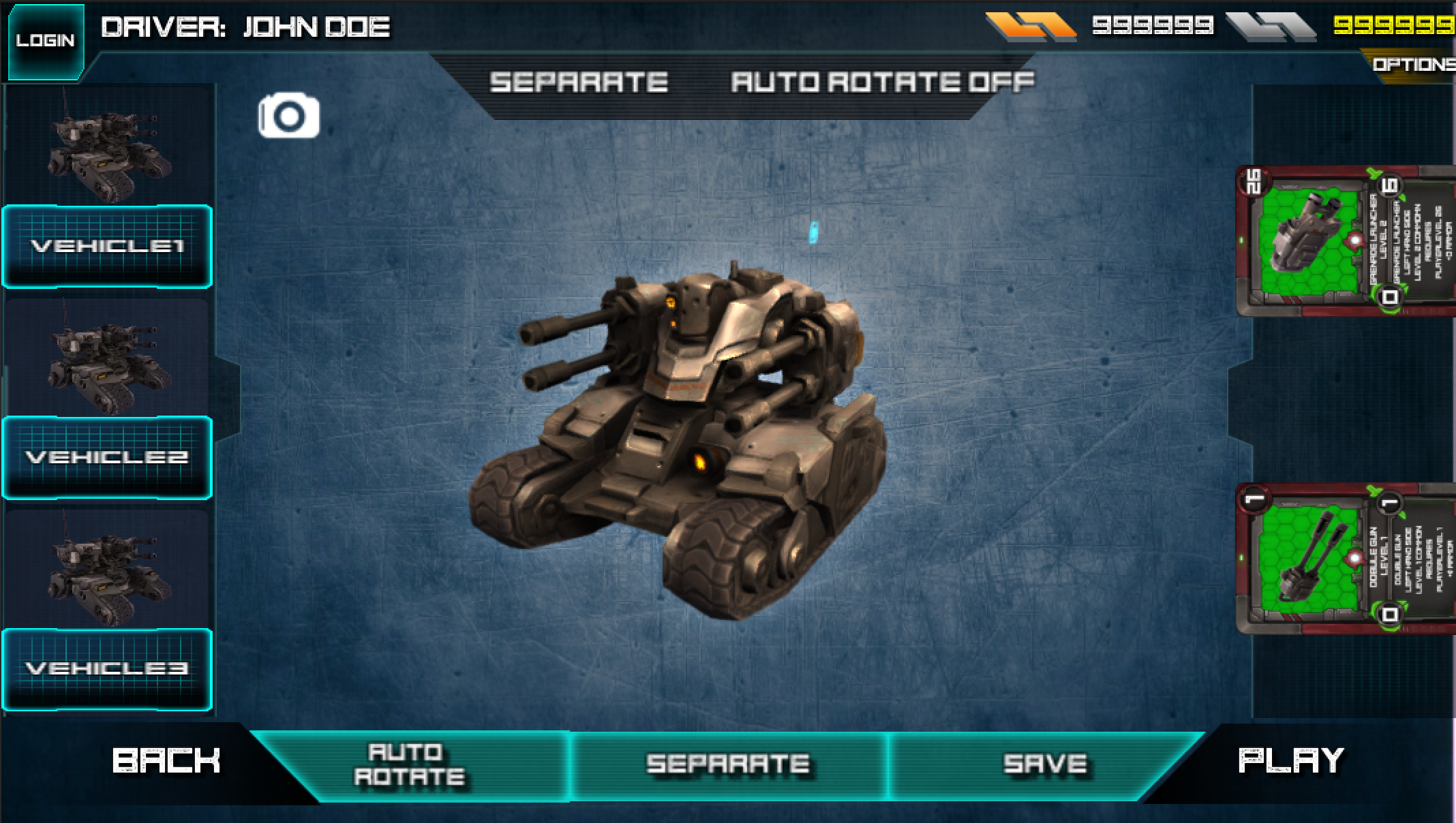 After you separated your vehicle you can now select your part which you want to change. On the right hand side your cards appear you obtained from the booster packs. By selecting the card you want the part is connected to the right mount and you are ready to go! 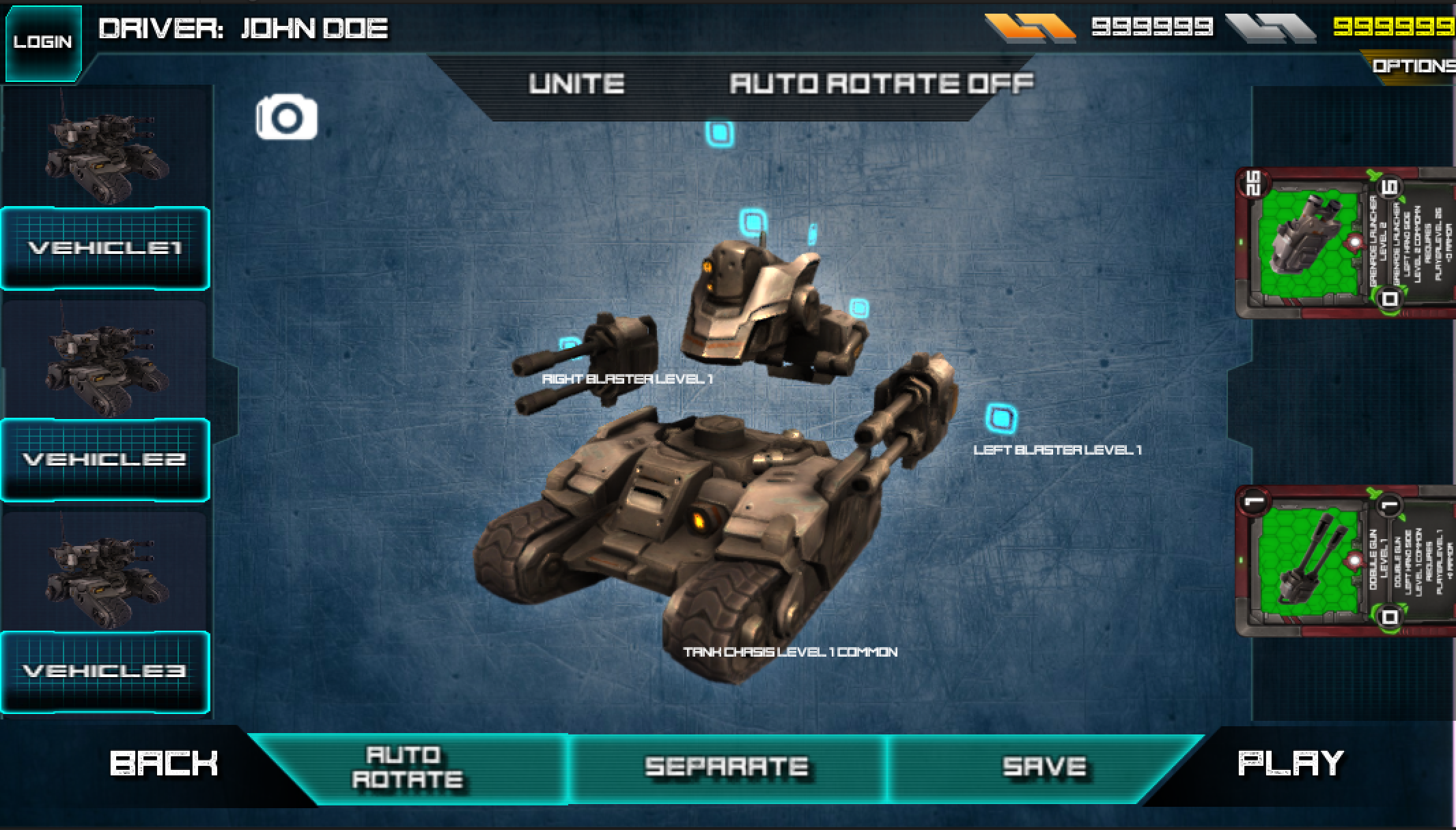 Now with more parts you can create your customised vehicle as you want! There are over 100 parts from chassis to weapons, engines and cockpits. Each weapon has 5 upgrade stages and the chassis ranging from buggies, to mechs to tanks to quadrupeds! Here are some builds you can do! 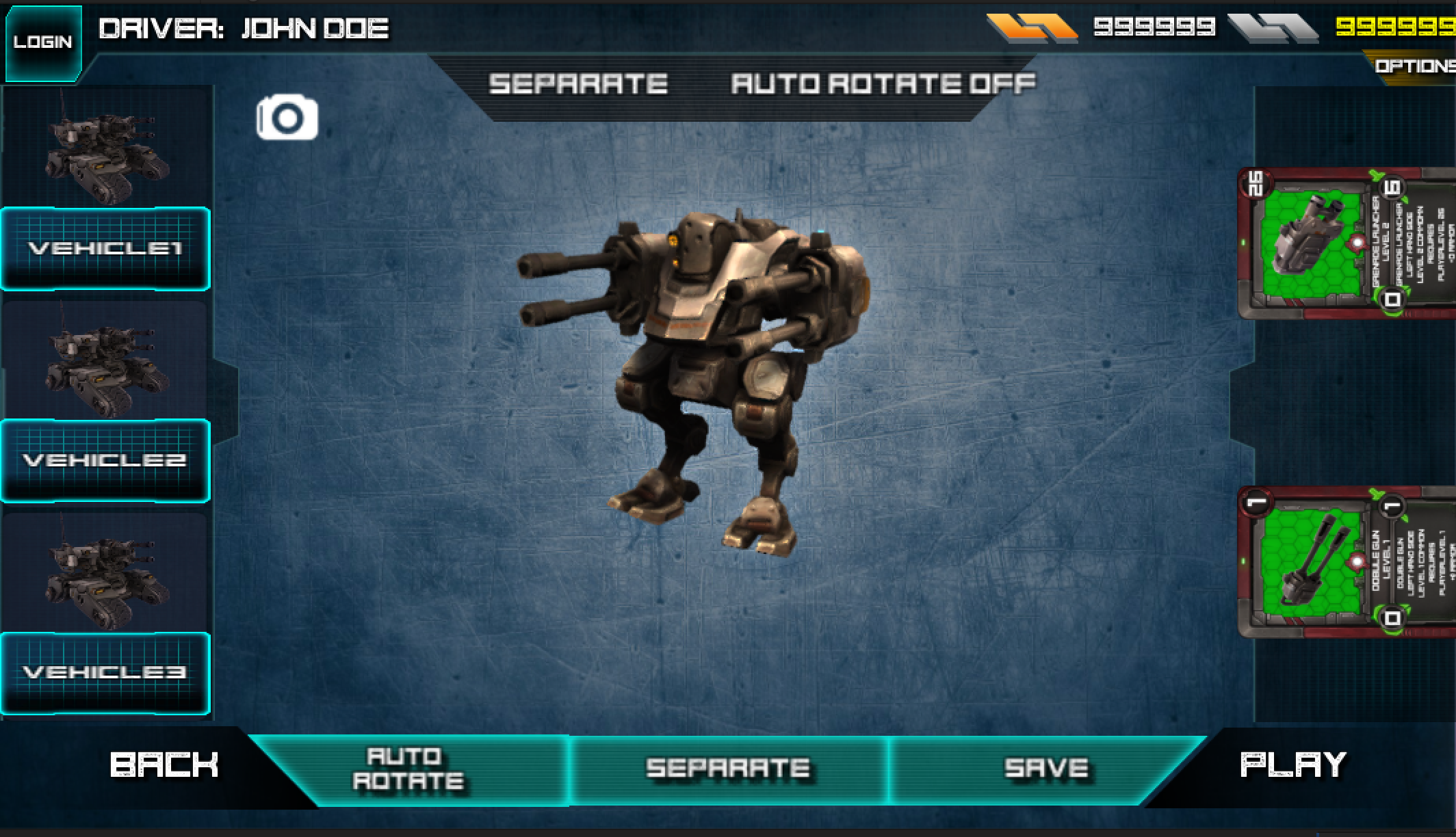 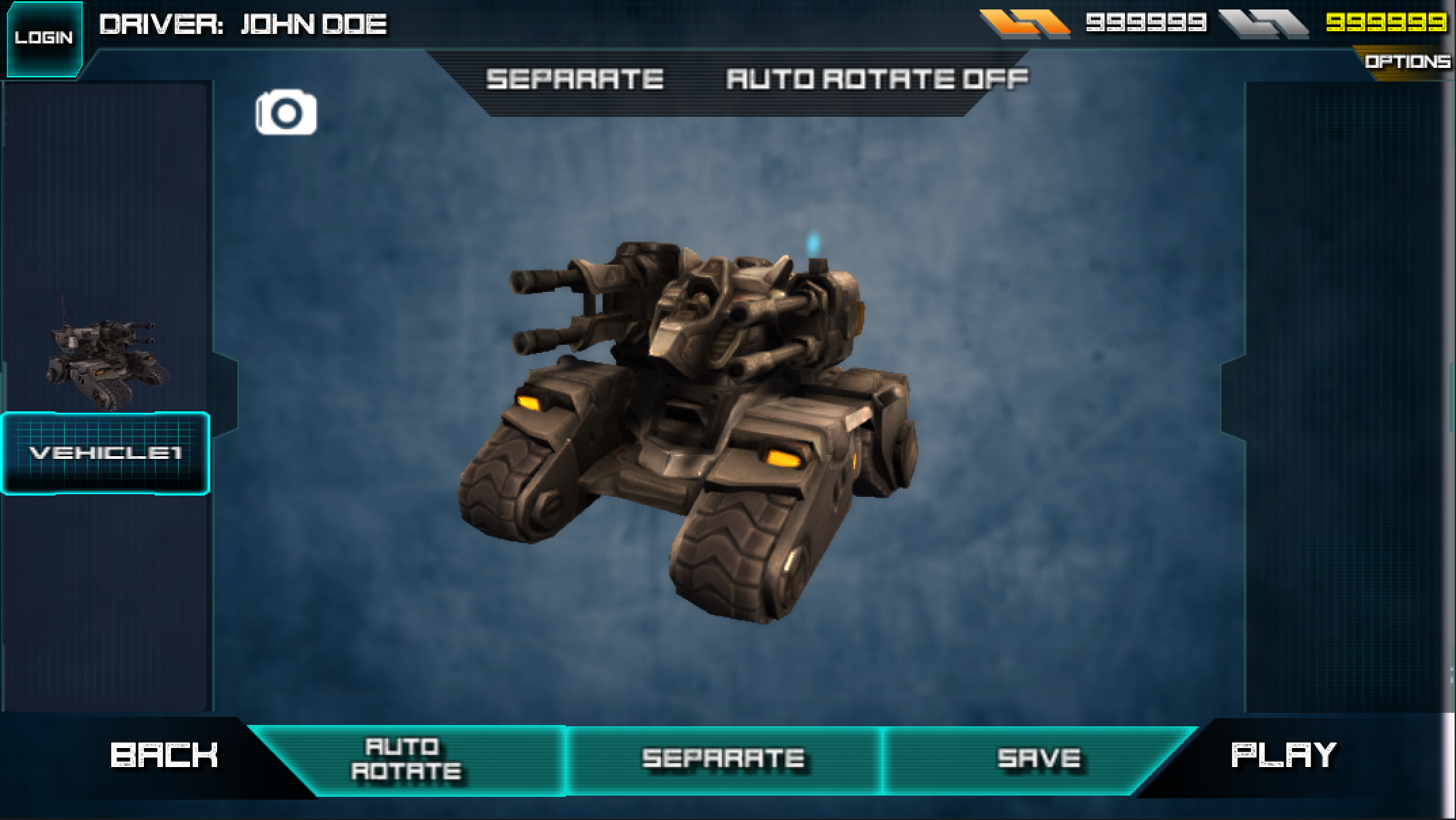 The next big step is get more deep into each part separately. For instance if I get an extender part which enables to mount two weapons on one side or mounting a weapon on a top weapon platform! At the end you can build huge war machine with four to six weapons! but that comes later with an update...

The next thing on the list is the level design...

And here checkout the video to see the builder in action:

Stay tuned for the release and leave a comment!