The war between the NSF and JINRAI forces is far from over...

In NEOTOKYO°, a futuristic Japan has fallen on hard times:

NEOTOKYOHQ.COM wrote: NEOTOKYO° takes place about 30-40 years from now in a Japan that has drifted into social/political strife due to the inevitable stresses that come from changing times. The Japanese government is grappling with intensified external (Asia geopolitics) and internal (economic/social) problems, and there is mounting pressure from within Japan to return to the days when it exerted influence through military power and strength. A failed legislative push to alter the Japanese Constitution (allowing the Japanese military to engage in offensive actions outside of the country) leads to an attempted military coup by members of Japan's armed forces (GSDF). The coup fails, but was very close to succeeding. In an effort to suppress further coup attempts, Japan's Prime Minister forms a branch inside the Interior Ministry's National Security Forces (NSF) called GROUP SIX. They answer directly to the Prime Minister and are sworn to protect the Japanese Constitution at all costs. They immediately begin to hear rumours of a rogue element of the GSDF Special Forces (JINRAI) maneuvering for a second coup attempt. These JINRAI are Special Operations Group 43 (SOG43), fierce nationalist loyal to their love of country, and a desire to put Japan back into a position of strength and power.
This begins the war in the shadows between the NSF and JINRAI.


The so-called "Shadow War" begins, but how does either side intend to win it? As with any war, information is vital. And in an age of cybernetic fueled warfare, technology is king. In NEOTOKYO°, you'll have the choice to play as either the NSF or JINRAI forces and secure sensitive information vital to your efforts in a game mode called "Capture the Ghost". Ghosts are, or were, civilian-class AI androids to which operatives have transferred vital information. Sometimes ghosts don't make it back and that is when military components are sent out to retrieve the ghost with valuable intel sealed within. NSF wants the fail-safe shutdown codes for the JINRAI's stolen arsenal, while JINRAI forces need to secure the location of NSF headquarters. Capturing the ghost that will yield this information for either side will turn the tide in their favor.

So what tools does each side have at its disposal? Well, each side has 3 soldier classes, each trading off performance in speed, stealth and armor. In addition to this, each class has access to exclusive weapon variants and vision modes: Recons get nightvision, Assaults have motion vision and Support class uses thermal vision. To illustrate how effective the vision modes are in battle, the NEOTOKYO° team has put together some media: 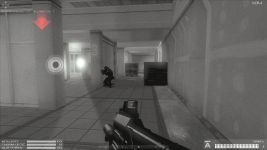 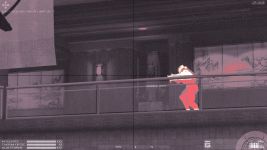 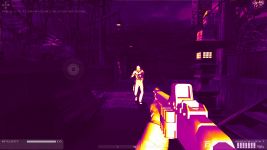 In the end, how well you can use these vision modes and take advantage of their weaknesses will be the deciding factor in your success on the battlefield.

Up next, we'll talk with the man behind the soul of NEOTOKYO° - its soundtrack.

Nice presentation, I like it. I can feel the impending release.

First, by the way

Very nice. Can't wait for the next update love the soundtrack!

I WANT THIS MOD NOW!

i for one think the ending to the video was BAD! >:(

I don't know how you didn't see him :P

im guessing you were the test dummy that time around glasseater?

That looks so freakin' sweet.

I am impressed with how good this mod looks. Keep up the awesome work guys!

JINRAI ALL THE WAY :)

There's a good chance Vavle will pick these guys up if there's a strong fan base.

I've been sold since I playtested. Can't wait!

shisnopi, I don't suppose your empty forum account and your lack of testing registration shows how dedicated you are as a impostor playtester?

Nice vision modes, I especially like the implementation of the motion view.

Looks really nice, but I think it's not good to create so much expectation, or we'll end deceived.

I know what you mean, but I'd like to think In-Game informative content is less hype and more "this is what what to expect".

i smell a commercial game D:

Go, have a doctor check your nose...

lookin awesome, keep it up!!

yepp! i think because of these visionmodes, there's a big strategic potential in neotokyo... looking forward to carmouflage and infiltrate :)

I'm actually giddy, from the content shown this mod just looks unreal. Great work and effort from the dev team.

i buyed it a week ago via amazon.de (;)) and it's still in the cdplayer, so i cant wait for the upcoming interview! thank you guys!

How will you activate the vision modes? Will they be the Function buttons?
I find it very annoying to take my hands off WASD, and have to look at the keyboard to find the button I want to press. If they are the function buttons can they be rebound?

You can bind vision mode (same button for every vision mode since it's class dependant) to whatever key you want.

The default controls are kind of messed up atm. I usually put cloak on C and vision on V. Makes perfect sense. No need to look at the keyboard.

yup I use the same 2 keys as well.

its like Splinter cell and CS source and ghost in the shell. freaking awesome :D

I think Im actually looking forward to this more than BMS. I need something a bit more original right now. :D

At least when this mod releases, the servers will actually have players consistantly.

WINRAI! I can't wait to play this with a proper videocard so the modes actually work :).

Seriously keep up the good work, this is by far one of the best hl2 mods ive seen. You can expect my download on the first day of release.

I find the lack of ntsux disturbing :/

This is by far one of the most anticipated games for me in the whole year, and Im including retail games on that list.

same it's in my top 5 games of the year that im anticipating to be epic amounts of fun! it's ranked 2nd, 1st is starcraft2

The image in this post - is it a paintover of a soldier sitting inside a vehicle (e.g. APC)? I'm just curious to know how much was painted and how much is photo. It is very great, like all your art.