It’s time to get to interesting stuff: the means to wage your conquest and enemies that you’ll meet.

Posted by EvgeniDisclaimer on Oct 23rd, 2014

Future Barons! Welcome to the bootcamp of mischievous violence. Today we’ll learn about the essential part of every bloody conquest. Your valiant army, the monsters!

You think you’ll suffice on your own? The decayed corpse, the glorified cadaver? You’ll get maimed. We didn’t put all this hard work into your resurrection just to see you crushed into dust. Your monsters are your hands to kill, conquer and grab anything you see.

To build the clenched fist ready to strike down any opposition you’ll have to know which troops to summon and when and why. It’s highly recommended to use zombies as a shield for your fragile skeletons. Allow the bones to get closer behind rotting flesh, which is well defended from arrows, and watch them cut your enemies to pieces. Make them even more horrible by sending imps behind them to collect valuable items and kill off the unlucky bastards with well placed fireballs. 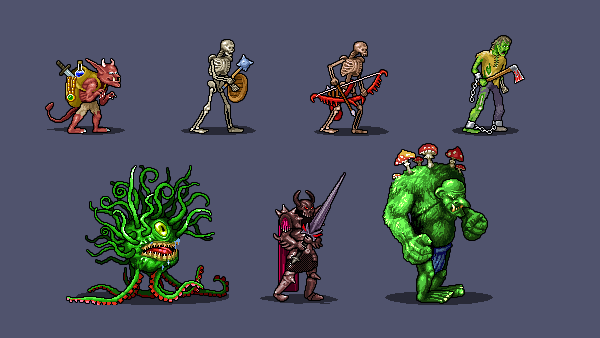 Call upon necromancers to resurrect your army and create perpetual engine of slaughter. Bring these inexplicable toxic balls of eyes and tentacles to the party and make those shield bearing weaklings die in agony as slimy abominations explode on their spears. Terrorize your enemy with the bloodthirst of Dark Knights. They’ll cut and crush even their own if there is no enemy to eviscerate.

And if you want your violent march to get classy you can always ask Succubi to join the fun.

Don’t underestimate your enemy! You don’t want to fall and let good knights finish you off like all those countless villains before you?

They’re not the sickly soft children we believe them to be.

The crowd of weak peasants? A giant sentient organism with mob psychology, pitchforks and suicidal pyromania. Feeble arrogant Laidmonts? The Ancient dynasty of Laidmonts who are trained and drilled to slay evil since they’re conceived. Never underestimate their servants. The war machine of halberds and cowardly archers hidden behind the unbreakable shields. The impact of the knight charging in or the storm of destruction the mage can pull off. Their ancestors killed your ancestors like they were made of straw. You thought you could have a nice massacre in the nearby town? Think again, maggot. 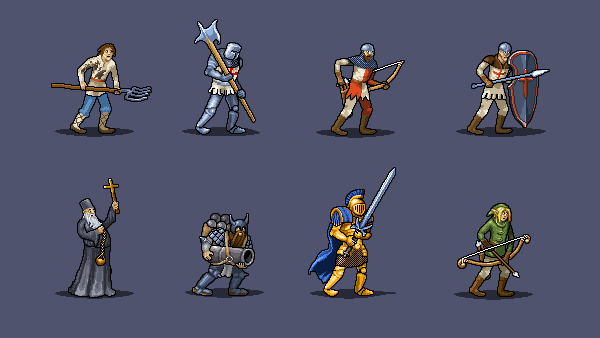 The dwarves rule their dark halls with explosives and cannons. They’ll blow your troops to pieces and mow them down with artillery fire. Their hammers will finish what was left. Don’t forget the marksmanship of the elven and infinite amount of their silver arrows. For all evil, there will be a Dragon that will turn your entire conquest into charcoal.

And nobody knows what abominations await you in Eldritch city.

There you go undead scum, off to war!