The first Source-powered mods to be distributed via Steam will be released Thursday, October 2nd.

Update: Release has been postponed until tomorrow (Friday, October 3rd) due to technical difficulties. When released, you will be able to find the mods in the "uninstalled" section of your "My games" tab within Steam.

This Thursday is big. For the first time ever, mods will be delivered through Valve's digital distribution platform thus opening up new opportunities to both mods and Steam alike. Five different mods were selected to be integrated using Steamworks which helps streamline the delivery, installation, and update process. Some of the mods will even have other features like achievements and stat tracking, with others gaining added functionality in future updates. The majority of mods selected also have significant content updates, so be sure give them all a shot. Automatic installation means you have no excuse not to!

For the uninitiated, here's a quick look at the five mods that are the first to make their way onto the Steam platform:

Car combat on the Source engine. Rain down destruction on your opponents in the form of high explosives and machine gun fire. A wide variety of maps with plenty of destructibility. Almost no learning curve makes this mod easy to pick up and play. 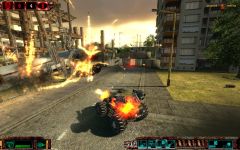 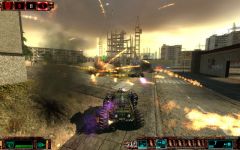 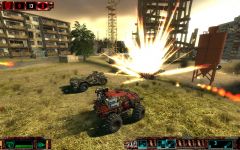 A realistic modern warfare shooter set within the middle east. Play as conventional military forces or the underground insurgents. Employ tactics and teamwork to capture objectives while holding out against enemy reinforcements. 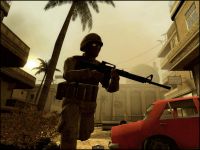 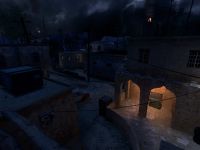 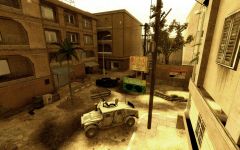 The best Half-Life 2 co-op experience out there. Melded together from a smattering of smaller co-op mods. Play through custom campaigns or the entire Half-Life 2 campaign cooperatively with new features, weapons and NPCs. 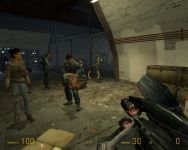 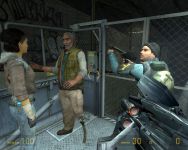 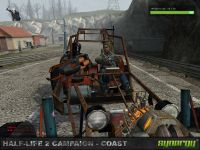 The most popular Zombie mod on the Source engine. One person starts as the undead and gains new teammates with every survivor killed. Survivors must hold out against diminishing odds and constant paranoia... or find a really good hiding place. 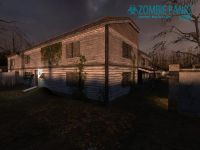 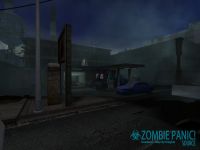 ModDB extends its congratulations to all the mod teams involved. We hope that this allows for even more people to experience and enjoy the products of your creative endeavors.

This is definitely going to make me finally play a few of these mods. Grats to all the teams and their accomplishments!

Yeah, me too. There are just so many great mods around its hard too play them all.

For some reason I always thought "DIPRIP" meant "Die in Pain, Rest in Pieces."

OT: Congratulations to the teams.

lol. maybe it should be that XD that sounds great as well as wat it is.

why would they support other games mods right now?

Because they want to position themselves as supporters of ALL indie PC gaming , and modding ?

I hope you're aware that there are some VERY GOOD mods out there NOT using source.

You're an idiot.
They're supporting mods that use their engine, it's easier for them to manage automatic updates to said mods when the mods are using Source which is directly integrated into Steam.

no. YOU're are an idiot.

It's just another downloadable file, so why would it be easier to check for updates if a certain game uses the Source-engine? Nonsense..
Also, there are many games on steam, which don't use the Source-engine.

Why wouldn't they? As another commentor said, it's just as easy to implement updates among other things. Were talking about Valve not EA. A company who has openly supported indie gaming many times, (especially with the release of steamworks). They will most likely do this in the future for non-valve made game mods.

It's Valve. Obviously, they are going to cater to mods that use their proprietary engine. They're also easier to support from a technical standpoint as well.

Think any game company would.
See how EA use BattleCast Primetime to showcase mods, it's great for intense because this site gets featured with every broadcast :D

Not really, VALVe does not have the source of the mod..

How many other moddable games use steamworks?

these are the only ones right now.

Congrats to all, even though I think another released mod thats more original than ZPS would be more deserving of this reward, congrats to them anyway...

Don't worry, more mods will be coming soon this is just the beginning :D
Finally some serious mod support via steam! go Valve!
And ZPS is an awesome mod, one of the best zombie mods out there. ;)

Why do you think that our mod is unoriginal? We are, to date, the only mod that uses entirely player controlled zombies.

I suggest you play the mod before continuing to insult it. You might be surprised, it is very enjoyable.

Let's not forget that there are five more announced mods being released eventually as well.

So what time will they be on steam.

Also we reported this 6 weeks ago Moddb.com - steam officially announced it this week.

Apparently that was an unintentional leak, I'm not sure which mod but one of them got into some hot water with Valve over it afaik.

omg i hate people saying zombie panic source isnt original! they made the zombie mod on hl and it was coppied into cs and css by people.
they invented it it its original ffs

I gots to play me some more INS :O I've been neglecting mods because of warhammer: age of reckoning...

Yes, I rather play the new Obsidian Conflict than Synergy.

IMO synergy is a lot more polished than OC. Oh, and synergy has syn_horror, one of the best maps ever made with the source engine. IMO, obviously.

I didn't want to say that OC is better than Synergy as a fact, just that it is my opinion. I wanted to point out, that "best" is a exaggeration.

Congratulations to all the chosen mods. :-)

Congratulations! I'll see you all on those mods today when I get home from work. :)

And sorry but ZPS is the most polished zombie mod out there, all other Zombie mods are just not as well done all around.

I dunno. ZPS seems very uninspired to me - it's really only slightly better than the CS or GM zombie survival mods, and only because it's a separate full polished mod rather than somewhat of a hack like the other two. Gameplay wise there isn't a huge difference.

Zombie Master will forever be my favorite, it's really too bad that they weren't given this opportunity.

I don't think it matters for ZM since it never really gets updated and all the content that makes it good are addons from the community.

I thought PVKII was going to be featured too?

My guess is that we'll be seeing more of our favorite mods showing up in a future steamworks announcement. I'm at least hoping this is the case.

It just got delayed until tomorrow!

thats not even funny, monique.

Yeah, I wish it were a joke.

yep almost 7:00 pm central time still no mods so it may not be a joke.

Read the update at the top of the article.

Add Minerva and I'll be happy

You never know. Since Adam is working at Valve now it could happen.