Now that we've managed to get a match set up, there is a lot to do before the actual night of the fight.

If you haven't already read my previous features, feel free to peruse them here:

Now that we've managed to get a match set up, there is a lot to do before the actual night of the fight.

It isn't just business as usual before a match. A fighter is going to have to start a training camp in order to prepare for his next opponent properly. Once a match has been arranged, the Begin Training Camp button appears on the training screen. 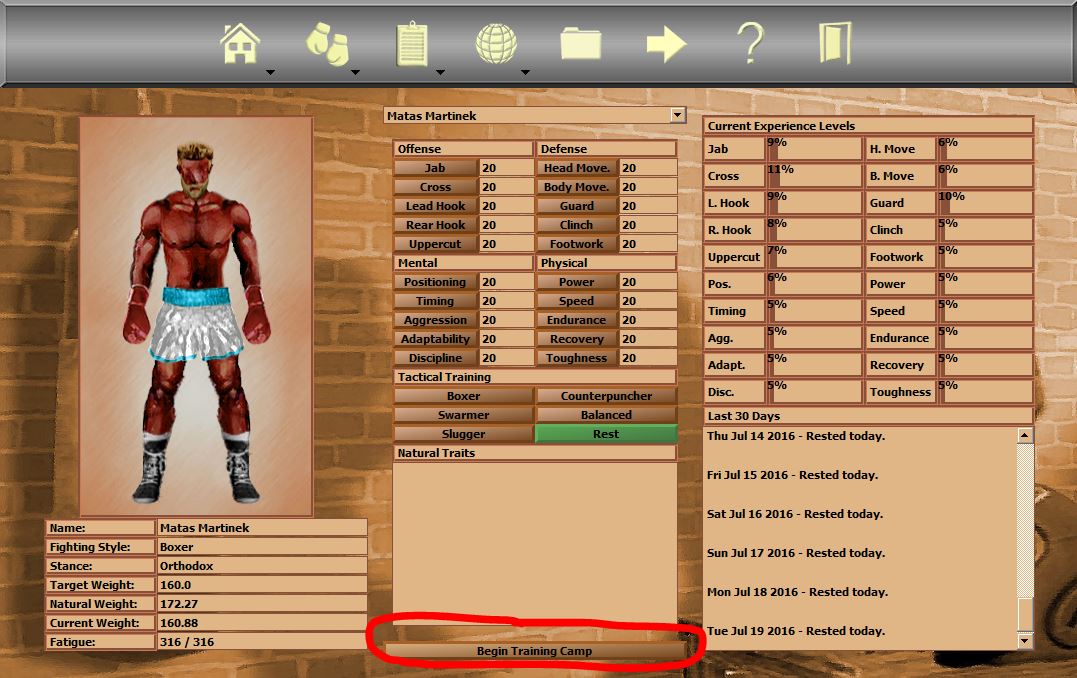 As the fighter's manager, you need to time the start of training camp appropriately so that your fighter has enough time to cut weight and make the weight limit.

Some fighters are better at cutting weight than others, which means they will need less time in training camp and will be able to fight more frequently. It's up to you as the trainer to judge whether a fighter is good enough to be worth keeping if he takes a long time in between fights to make weight limits.

It is also important to note that training during training camps will cost your gym money, whereas training normally is free. You may be required to time training camps properly if money is tight, since your fighter will be forced to rest if the gym runs out!

Training during training camps is much more intense than training normally between matches. Gains made during training camps occur at a much faster rate than usual, but are only applied to the next fight. Fighting frequently might bring in more money, but will hinder the long term development of a fighter. Whether or not you jump from one match to the next or choose to invest in the long term growth of your fighter is up to you as the manager. 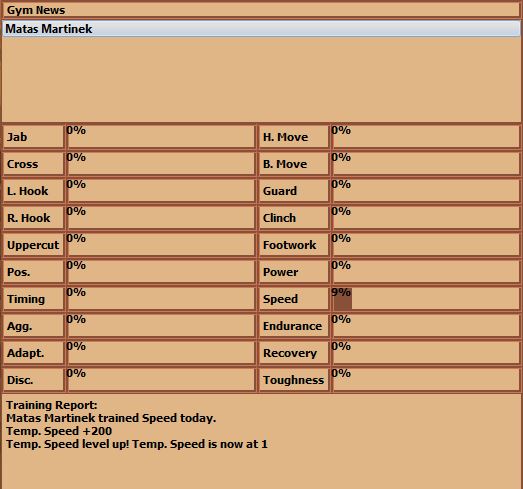 For an extra boost, you can hire trainers. A fighter may only be trained by a single trainer at a time during training camp, but trainers can train multiple fighters. You must be careful not to have your trainers train too many different fighters at the same time, however, as the effect of each trainer is spread out among all of the fighters he is training at the moment. 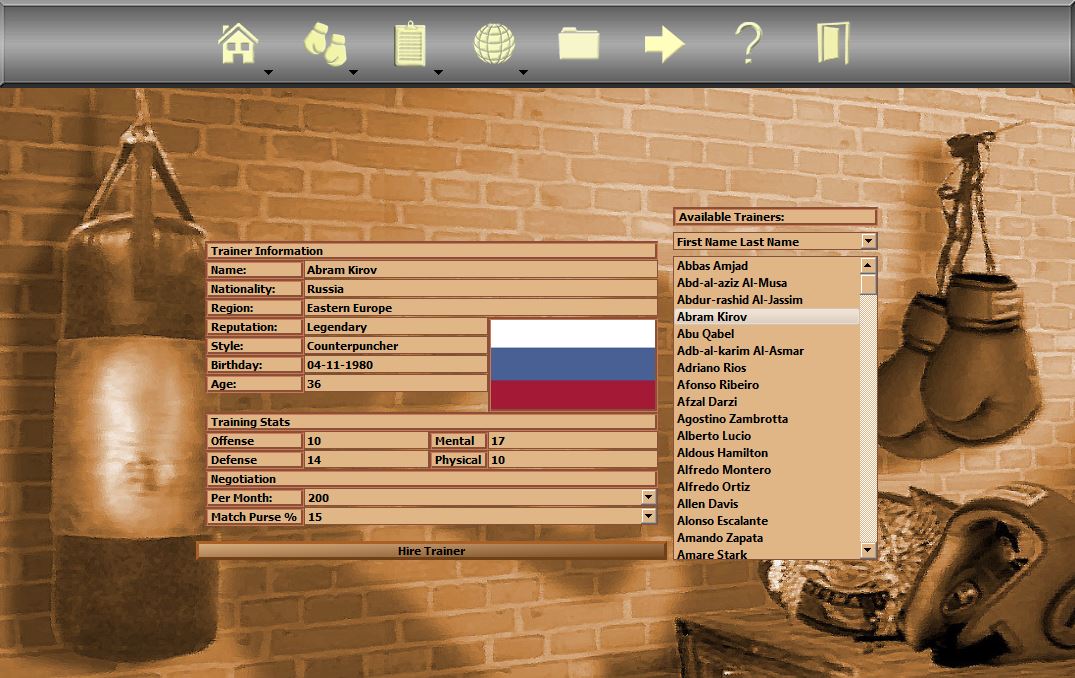 Hiring trainers involves haggling over monthly salaries and purse cuts. The trainer's cut is taken off the fight purse of the fighter he is currently training. 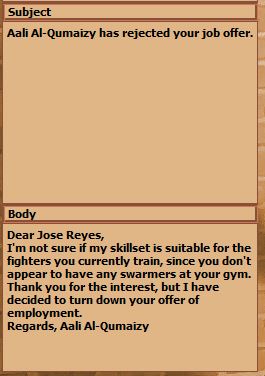 If you manage training camps properly, then your fighter should have no problems making weight on the night before fight night. If you're not careful, though, he will be forced to forfeit the coming match, as well as any belts he may hold for the organization hosting the match!

I hope this feature on match preparation has been fun to read for you!

As usual, if you found this interesting, please feel free to visit my Greenlight page and upvote the game!

Or if you're skeptical, please do try out the free spiritual predecessor to this game, keeping in mind World Boxing Manager is an even better game:

Every vote counts! Thanks for checking my game out!