In this post we highlight one of the 3 playable races, The Zeneth!

There are 3 playable races in Journey's End; Humans, Zon, and Zeneth. In between feature previews we'll be highlighting these races and giving some lore on them.

The Zeneth are a grey-skinned race with reptilian and mammalian features that stand on average 5'8" to 7' and possess bio-luminescent organs.
Zeneth have had a long tradition with the arcane arts, and it has heavily influenced the development of their culture. Clothing, architecture, and technology of the Zeneth have been greatly influenced by the designs of mages. Many Zeneth are nomadic and travel over large areas of land throughout their lifetime. The primary philosophy of the Zeneth believes in absolute freedom. It is this same philosophy that makes many Zeneth peace-seeking, and also a substantial number who believe in complete anarchy. 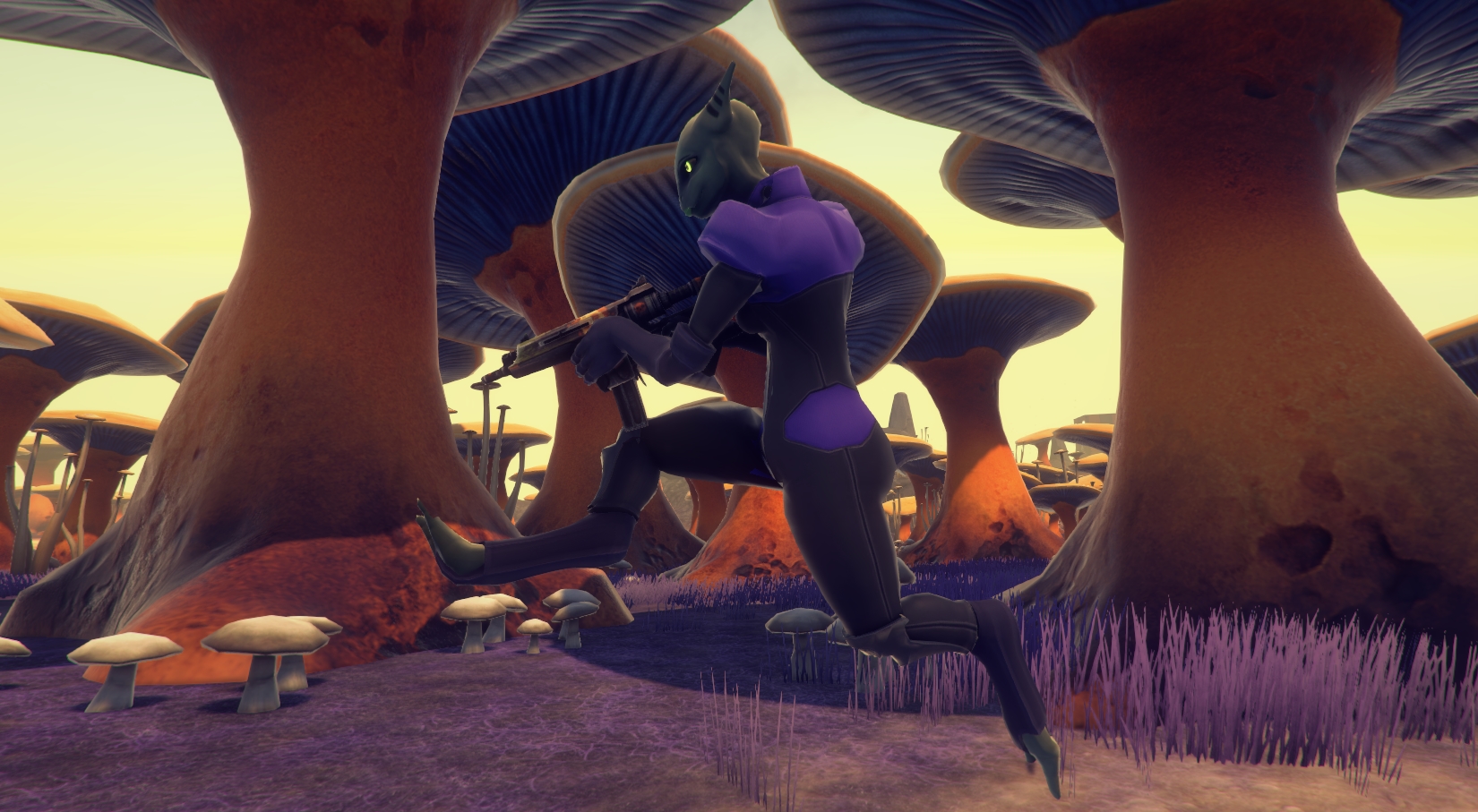 Other cultures view Zeneth as impulsive and dangerous because of their history with cults and magic warfare. After the Arcane Regulation Laws were put into effect in 4019, race motivated crimes against Zeneth skyrocketed due to corporate funded campagins against magic users. Even 60 years later, deep-seated prejudice against magic continues to result in attacks against innocent individuals.
The Zeneth's homeworld, Podarok, is roughly 4 times the size of Earth and is primarily sub-tropical. Due to an arcane event that predates history, Podarok's surface has large cracks and shards. Because of these floating islands, Zeneth developed powerful legs capable of jumping long distances. The massive cracks in the surface descend hundreds of miles into the planet, filled with lush, vertically oriented ecosystems. 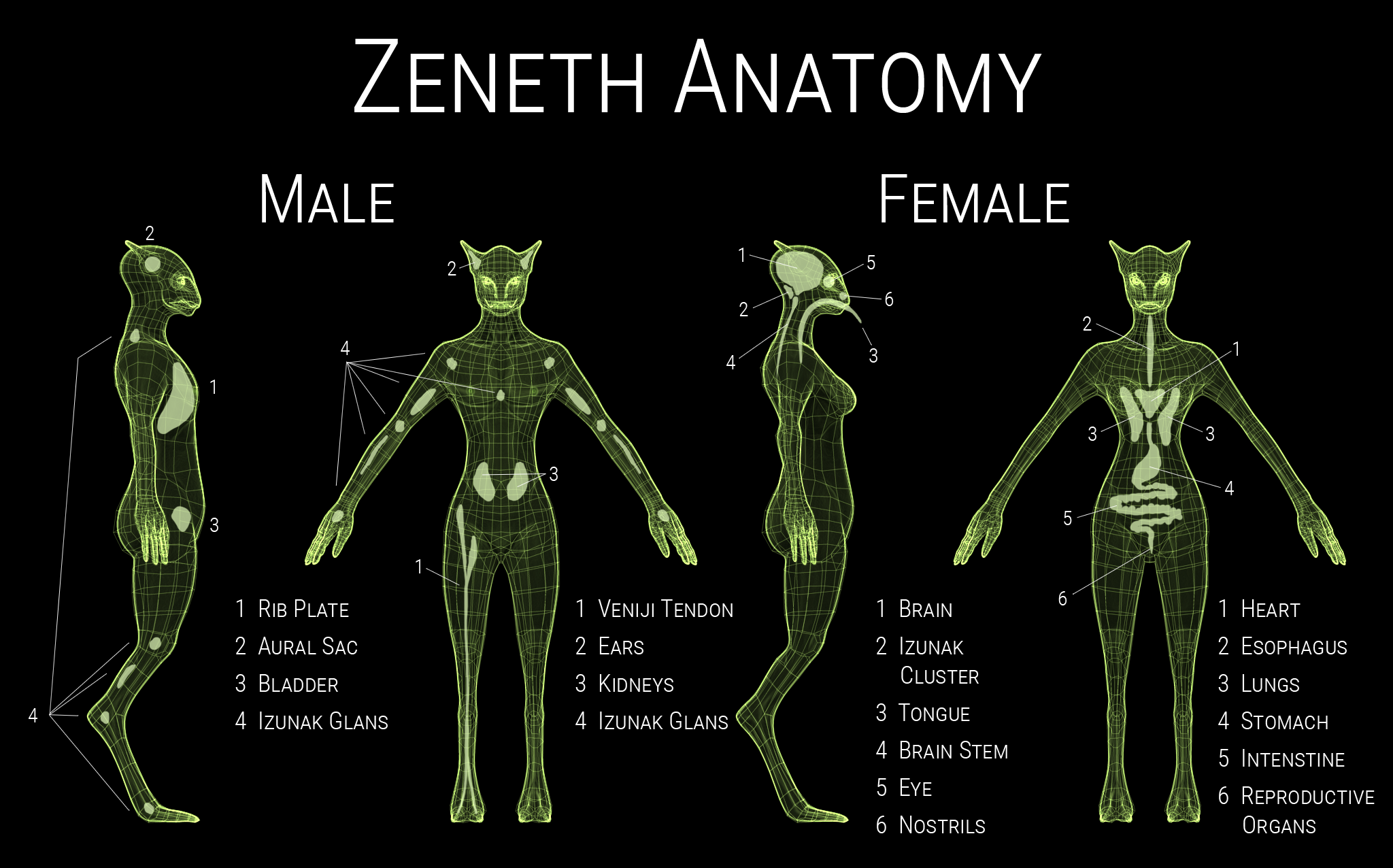 The biology of Zeneth is very different than that of many races in Journey's End. Most noticeably, the internal organs and blood of Zeneth are bio luminescent. The degree of luminescence is directly correlated to the reactions of endorphin and adrenaline in the bloodstream. Being carbon-based lifeforms capable of an omnivorous diet, the Zeneth have similar eating habits to humans and typically eat 3 meals a day. The coagulant in Zeneth blood not as powerful as a human's making the Zeneth naturally at risk for rapid blood loss without quick medical attention to wounds. Because of their thin blood many Zeneth carry medical supplies or have augments to supply coagulants to their bloodstream.
The Izunak system is what enables living organisms to have control over arcane energies. In Zeneth, the Izunak system is capable of giving an emotional response to these energies, which is not present in other species. Zeneth possess a wider array of emotions than most other races due to their high developed Izunak glans and cluster, but also lack most pain receptors. Their bioluminescent properties are directly modulated by their emotional state, as well as by arcane energies present within the local area, glowing brighter in response to strong stimuli. Of course, this makes the emotional state of a Zeneth fairly easy to read to even an untrained eye. As such, they're seen as fairly impulsive, emotionally-driven creatures, which is a fair point -- they are.

Bones of Zeneth are composed of a thick cartilage material wound with dense muscle. Due to the flexibility of their limbs, Zeneth are able to make full use of the powerful Veniji Tendons in their legs, giving them immense sprinting and jumping power.
The genetics of Zeneth are rather malleable, and many Zeneth are able to have a moderate control over the development of their bodies with proper training. During their adolescence, the Zeneth do not experience puberty in a typical manner, but rather must guide the development of their bodies towards either sex. This developmental stage is often difficult for children as they are subjected to extensive peer, family, and governmental pressure over which sex to choose. 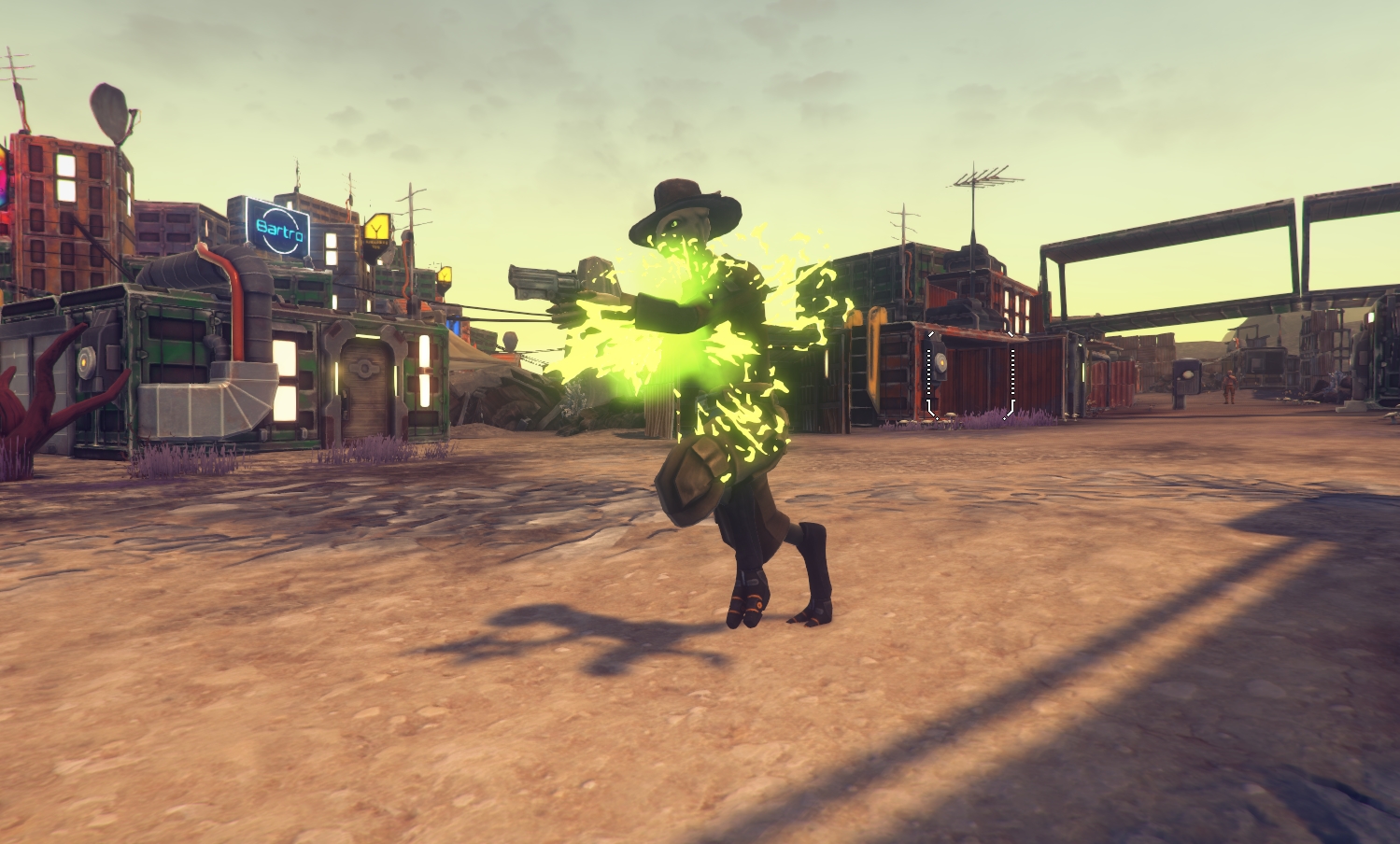