The new Soundtrack Mutator that is included with the latest WarZone mod for Road to Hill 30 adds a symphonic score while you play adds a cinematic feel to the game and heightens the excitement!

Gearbox commissioned a composer (Stephen Harwood Jr.) to create
a well-received soundtrack for Road to Hill 30. However, Gearbox chose not
to feature the music in-game, claiming that it would take away from the
sense of reality by making it more cinematic. Casual players will therefore
hear very little of the score. I feel that some BiA fans may wish to
experience the game and story with the soundtrack at least once. 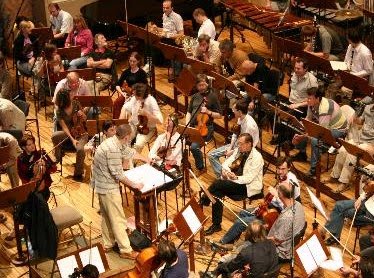 This mutator will play those tracks during the missions that they were
written for by the composer. For missions that did not have a track written
specifically for it, I have re-used some original tracks in a manner that
should fit the mood and action for each story and mission. I hope you enjoy
it.

Download the Soundtrack Mod for Road to Hill 30 now!