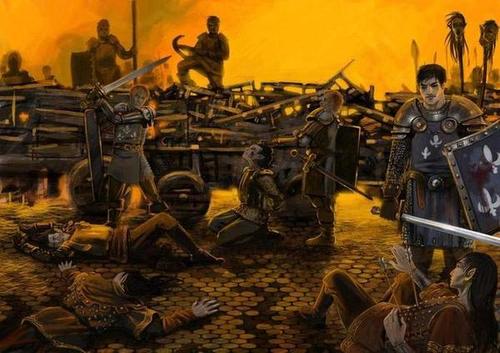 Humans are an expansive and ambitious race, arriving on the continent roughly one thousand years after the arrival of the elves upon their white ships. They descended into the mouths of the Yaruga, Pontar, and Alba rivers, establishing settlements along their fertile banks. Humans dominate both the Northern Kingdoms and the southern reaches of the continent (presently the Nilfgaardian Empire). They are pioneers of trade and warfare, and their culture strongly contrasts with those of non-humans, inciting great prejudice, armed conflict, relocation of populations, and genocide throughout the continent. The human factions are disjointed and mold around the interests of men in power, men who tend to their personal interests often concerning wealth, riches, conquest, and worldly influence. When seriously threatened, humans have the ability to unite and construct a force to be reckoned with.