I left off last time promising to discuss in detail ways in which an aspiring boxing manager can earn money in my game, so here it is! 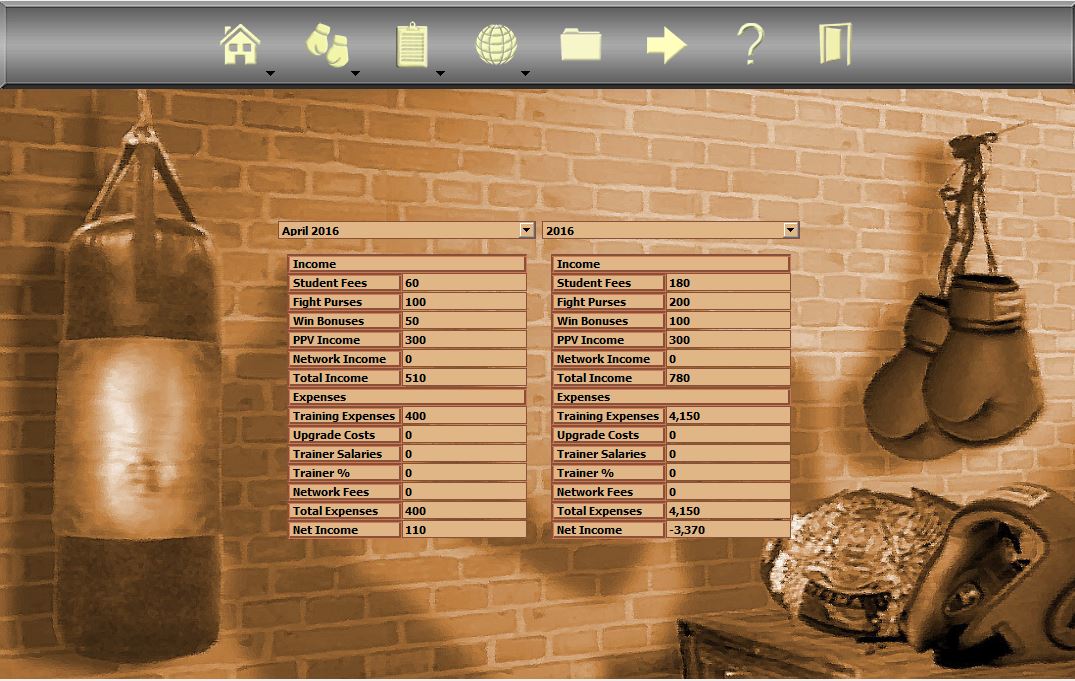 Continuing where I left off last time, there is one more thing to talk about prior to discussing the match engine in detail: Gym Income.

One small, consistent form of income is student fees. It's a simple flat fee that you receive from each student training at your gym as an amateur. But what is the point of having students? 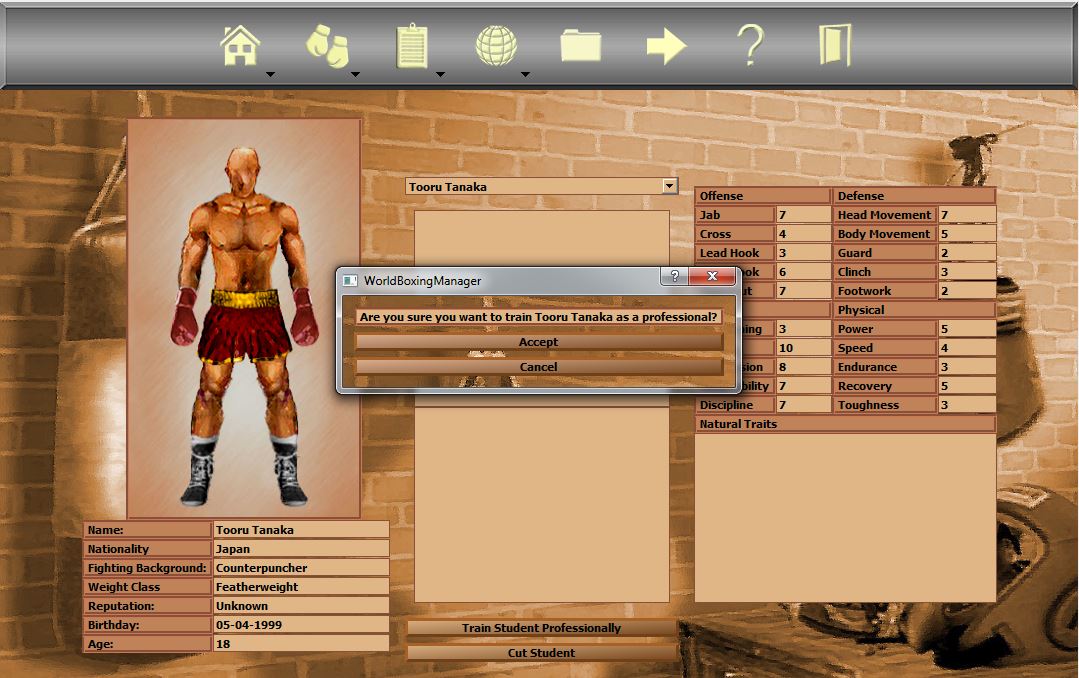 Students are fighters that come and train at your gym. The quality of the students that choose to seek you out depends on your reputation as a manager - the more renowned you are, the better the students you receive will be.

From your pool of students, you can select some to train as professionals. Whether they are professionals or not, however, students will be available to spar against both each other and the professional fighters you are currently training.

The sparring screen is a simple screen that shows fighters and students from your gym side by side. A sparring match works roughly like a regular match, allowing you to test your fighters against one another to get a feel for how they might perform in real matches. 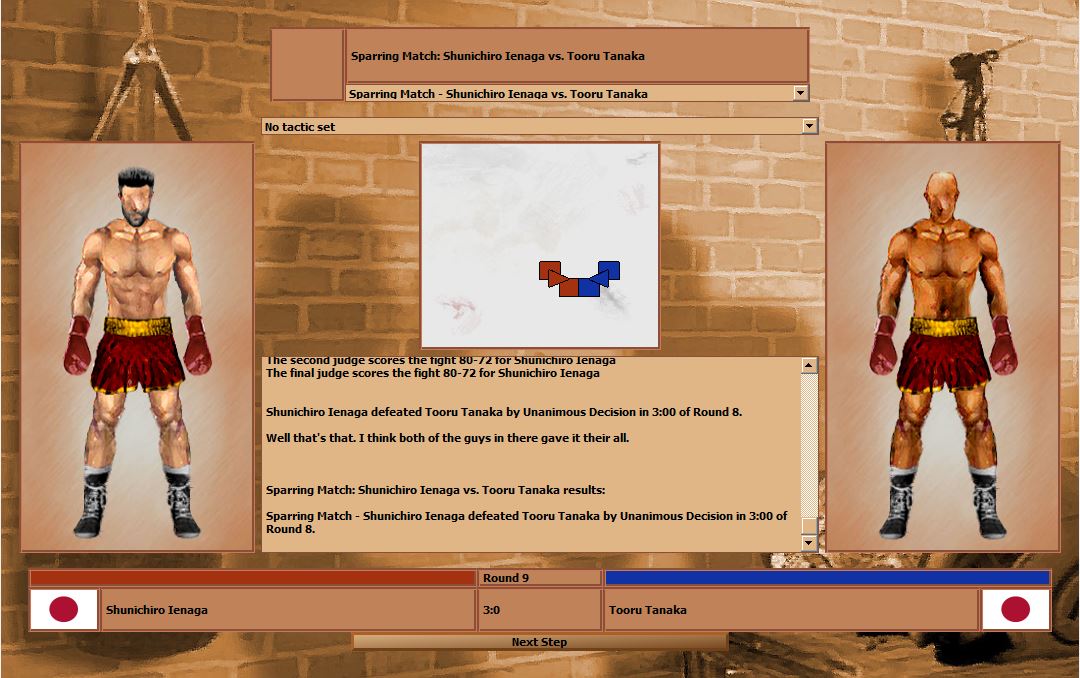 Sparring, however, serves another purpose. After a sparring match, each fighter has a small chance to gain a trait. Most fighter traits simply raise the limit of a particular stat to 25 rather than the usual 20. Others, however, bestow advantages such as reducing the effect of aging on a fighter, which lengthens his career, or increasing the rate at which he is able to cut weight in preparation for a match. Sparring is the only way to unlock traits, so it pays off to do it on a regular basis. 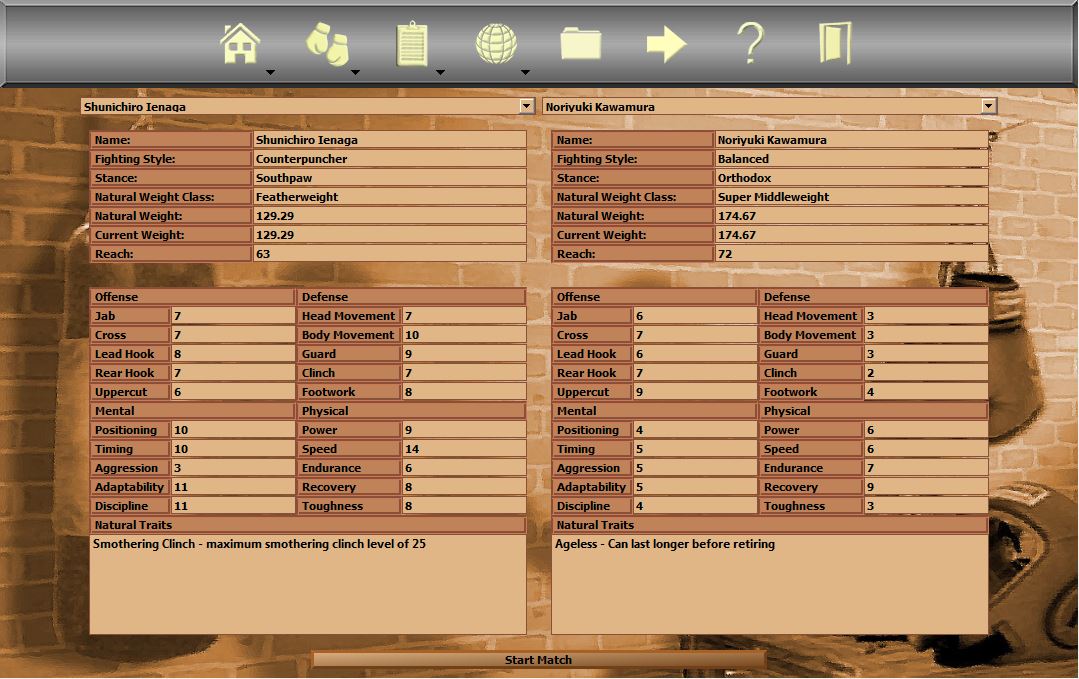 Student fees are more of a side income than anything. Most of your income will be from fight purses, win bonuses, PPV buys, and network viewers. The fight purse is negotiated prior to a match.

When your fighter is starting out, the purses you will earn are pretty much a pittance. You will have to win matches and increase your fighter's marketability in order to command a greater match purse during negotiations. You are guaranteed this purse whether your fighter wins or loses, but a win will also net you a 50% win bonus. It's important to remember, however, that trainers will get a percentage of the match purse based on their contract. 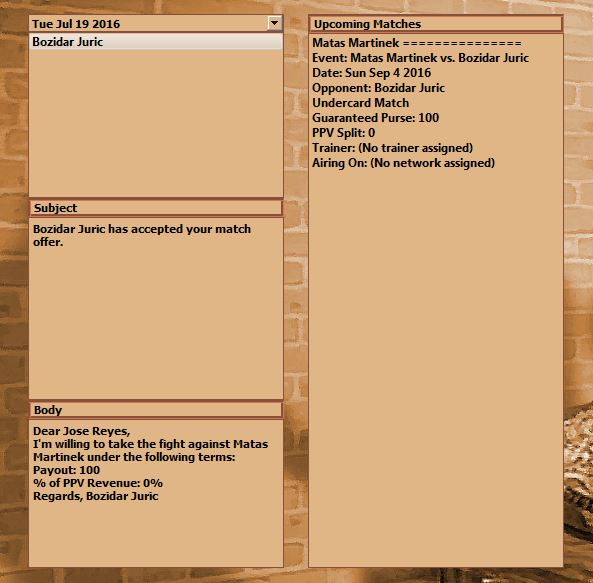 PPV buys are only applicable if your fighter is fighting in the main event of the evening. PPV sales are determined by the marketability and recent form of both fighters involved. It won't matter if your fighter is considered an All-Time Great if he happens to have lost three of his last four matches! 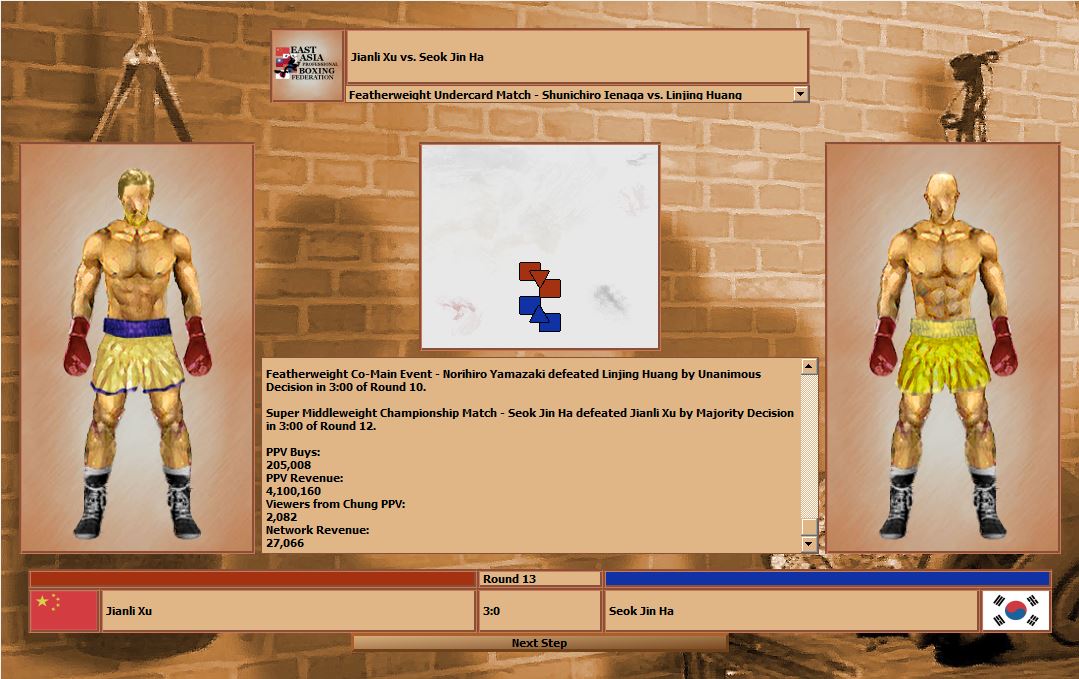 Network ratings function similarly to PPV buys, except that you will receive money whether your fighter is in the main event or not. After all, you were the one who negotiated the contract! As an undercard fighter, however, you will only receive a fraction of the income - the full amount is only received once your fighter reaches main event status.

It's a long, difficult road to mass appeal and big paydays, but once you make it there you can really rake in the dough!

I hope you enjoyed this feature explaining ways to earn money for your gym. Tune in next time, where I'll finally be discussing the match engine! Until then, please do make your way to my Greenlight page to upvote it! Every vote counts!

Or if you still have doubts, feel free to try out Kickboxing Manager, the free prequel to this game!