Recently I've made a series of changes to the game with a focus on improving combat. These include new weapons, new turrets, smarter enemies, and much larger maps.

Posted by Vashta-Entertainment on Jun 25th, 2015

As I make my way into another week of development I’d like to take a moment to highlight some of the changes I’ve made this week.

The mechanics of Harvested rely on a careful balance of combat and construction. To keep these mechanics in check, I’ve decided to alternate my focus every two weeks. This week, I’ve reworked projectiles, improved AI, added a new type of turret, added new mechanics to spawning portals, and added a larger map.

This new map represents my goal for future maps moving forward. It is 4x the size of previous maps and makes combat far more interesting. 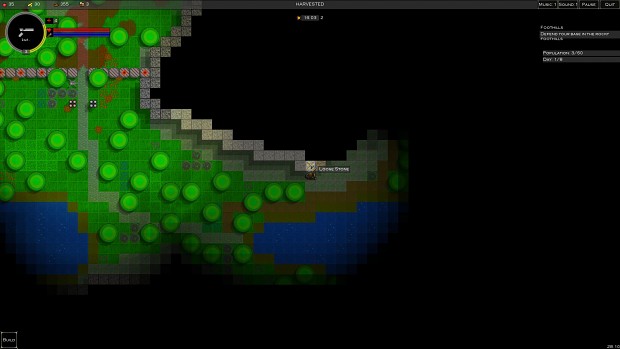 Previous maps were small, making it easy for the player to defend his or her base. At least one choke-point was usually present, which made it very easy to mow through hordes of enemies. The new map, however, is far too large for a single choke point.

To make combat more interesting, I’ve added randomly-spawning portals. At the start of each game, a set number of portals are spawned randomly on pre-determined spawn points. These portals can be shut down, but unlike the old portals which would automatically reconstruct themselves in the same place after a day or two, these portals are likely to respawn at a different node. Regional spawning densities will change throughout the game, preventing predictable densities of enemy hordes.

This forces the player to consider parts of the map that he or she would be able to ignore in the past. Additional barricades must be constructed, and occasionally checked, as the closing of one portal could make a previously vacant alley a sudden hot spot.

To help combat these hordes, I’ve added immobilization turrets. These turrets do not do any damage, but a hit from one of their bullets will immobilize an enemy for a second. Multiple hits stack duration. These turrets also represent the first projectiles that have area-of-effect (AoE) impacts.

I’ve also added an XP system and leveling, which currently does not do anything – however, this system will be improved in future updates and will become a central part of the game. I’m hoping I’ll be ready to touch on that more in a week or two. 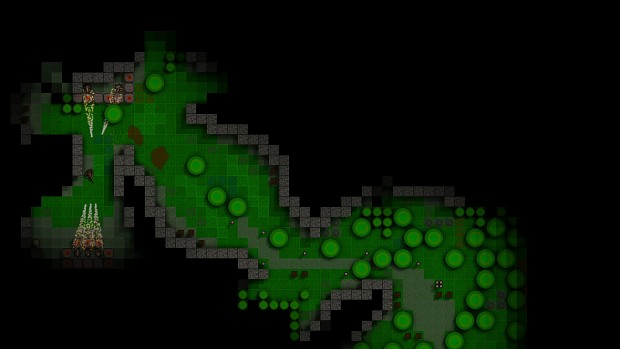 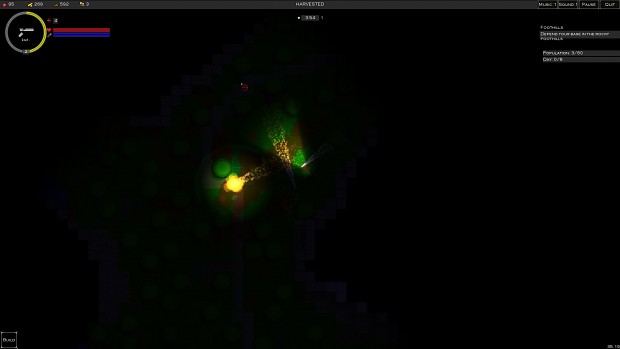