This new subscription based service is promising to bring brand new, forgotten classics back to your Steam account. 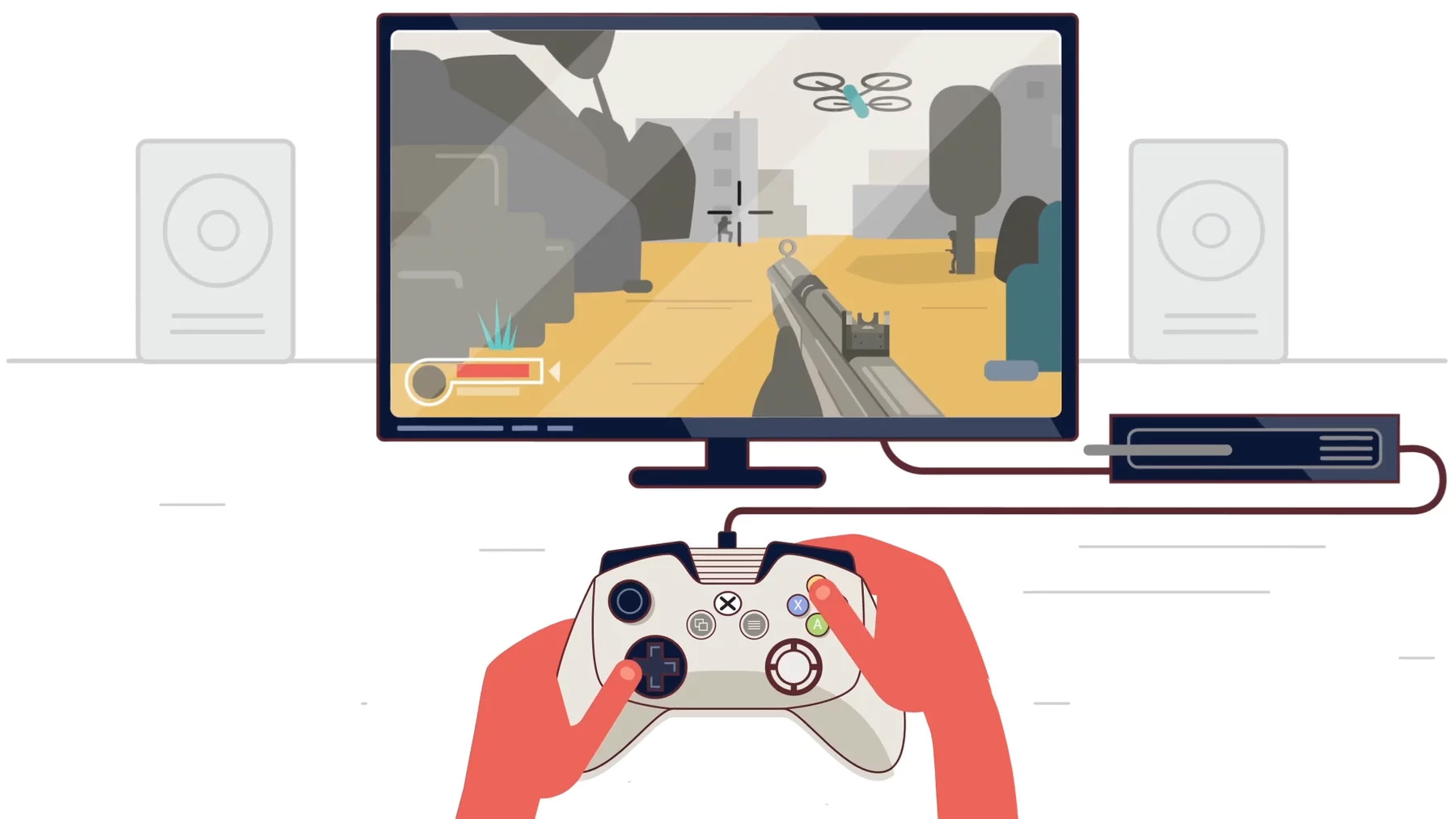 In a surprise announcement today, Robert Bowling, who formerly worked at Activision on the Call of Duty series, and later at Humble Bundle announced a new subscription-based service called Gamepump.

The idea behind Gamepump is similar to the Humble Monthly initiative: you “subscribe” for a fixed period, and Gamepump will add one new game to your Steam account every month. Like Humble Monthly, this is a “blind” subscription, meaning you don’t know what that game is going to be – it’s a surprise.

Unlike Humble Monthly, however – which often added games that you already owned – Gamepump is promising to add new games to your account which do not currently exist on Steam. This means they’ll be premiering with the Gamepump service at the same time as on Steam, and that there’s no chance you’ll already own it.

The games themselves are the biggest unknown here. As mentioned, it’s a blind service, so Gamepump isn’t revealing exactly what those games will be. But a look at their announcement trailer, above, gives some clues as to what they intend.

Subscriptions to Gamepump currently run at US$5 for one month; US$15 for three months, and a current discounted price of US$20 (usually US$60) for 12 months, which also nets one extra game, bringing the total games received for a 12-month subscription up to 13.

To find out more about the service, we spoke to Bowling about the specifics behind Gamepump's partnerships with indie developers.

IndieDB: Will Gamepump be seeking out indie developers specifically to work with? If so, what avenues for contacting Gamepump and exploring a partnership are there for existing indie developers?

Bowling: At the moment we're working with a very select group of indie developers in the Los Angeles area, but as the service grows and our publishing slate diversifies, we'll be looking to partner with any indie developer interested in classic game design. The best way to get a hold of us is through our website's contact form or by emailing me directly at robert@gamepump.com. Our publishing deals are fairly straight forward compared to a traditional publishing deal with a larger corporation. We offer an upfront project financing advance to cover the development costs. We will obviously debut the game day-and-date with the Steam release and market it through the service. Only active subscribers receive the game at a massive discount, the rest of sales are directed through Steam at full price (not counting any Steam discounts currently running). We then split revenue with the developer.

We're currently working with Wayforward, a 25 year veteran studio responsible for the DuckTales Remastered game with Capcom, as one of our first external development deals.

There are really three ways an indie developer can partner with us. 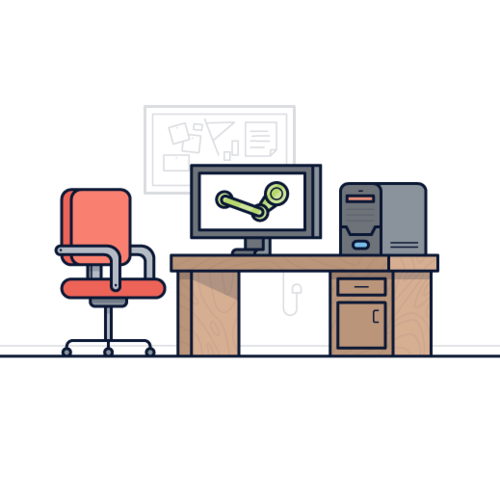 Will Gamepump seek to "premiere" games through the service as a timed exclusive, or will the games be available freely on Steam as well as the Gamepump service at release?

All of our releases are day and date with the Steam release. We don't want to "force" users to subscribe in order to receive these games, they belong on Steam. We do want to encourage subscription by offering a massive discount, because subscriptions help us fund the acquisition of these licenses and cover the future development costs associated with bringing them back. While we're covering all the costs from our investment funds at the moment, eventually this needs to be a self-sustained beast and subscriptions go a long way to keeping that Gamepump pumping. 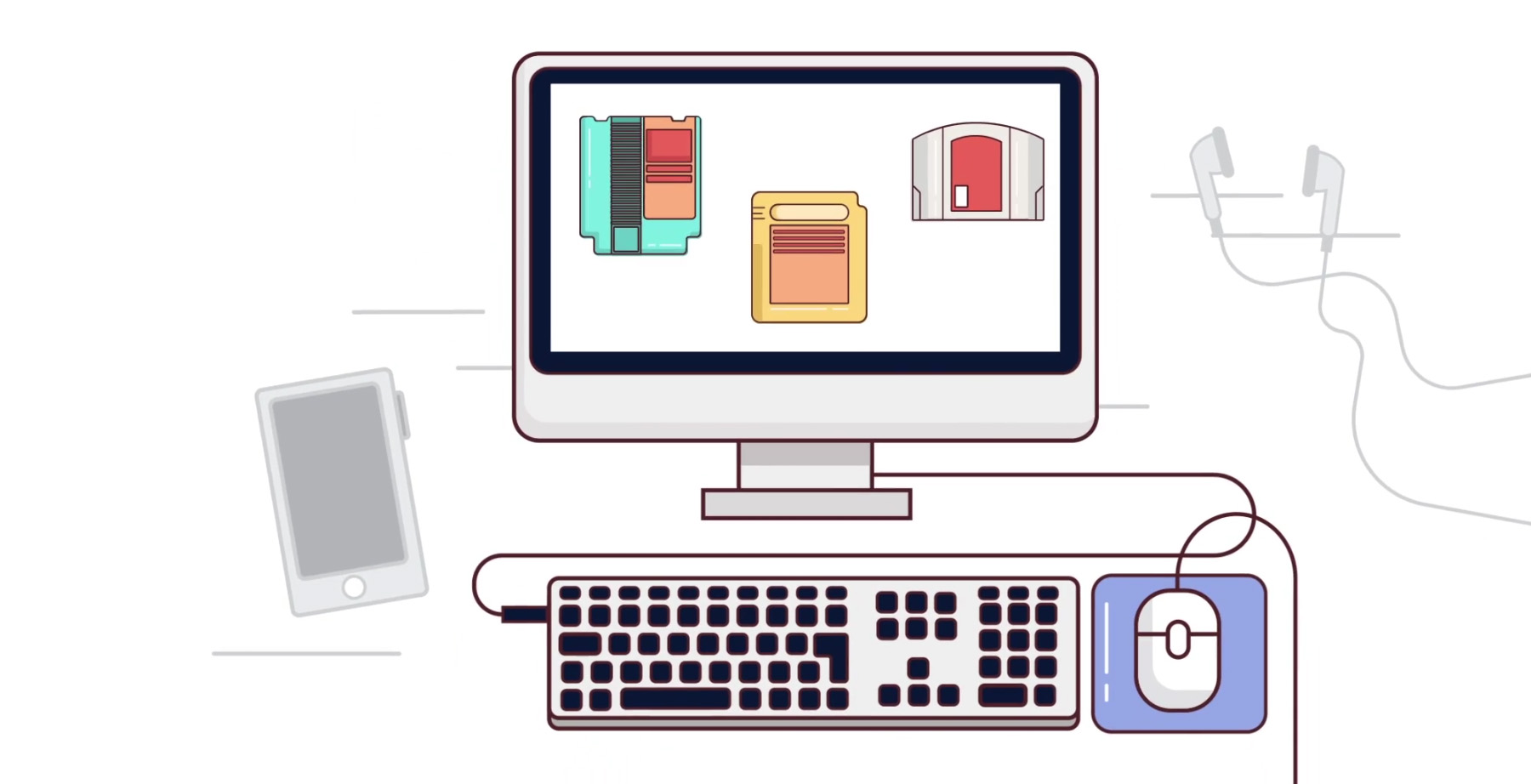 What would encourage indie developers to explore working with Gamepump?

It's risk free. We cover 100% of project financing for the work involved and we share revenue from Steam sales. It's a fairly cut and dry deal which we find helps many indie partners cover runway, or fund team members who may have a lull between projects. In some cases, it's a nice way to monetize work already done on a catalogue game that is no longer available in digital storefronts and give them an excuse to dedicate the man-hours to digging up the old source and putting some polish on it. The last bit is the marketing, right now GamePump is at its infancy but our reach is still pretty good and as our subscribers grow it'll be a nice way to introduce a game to a enthusiastic audience. 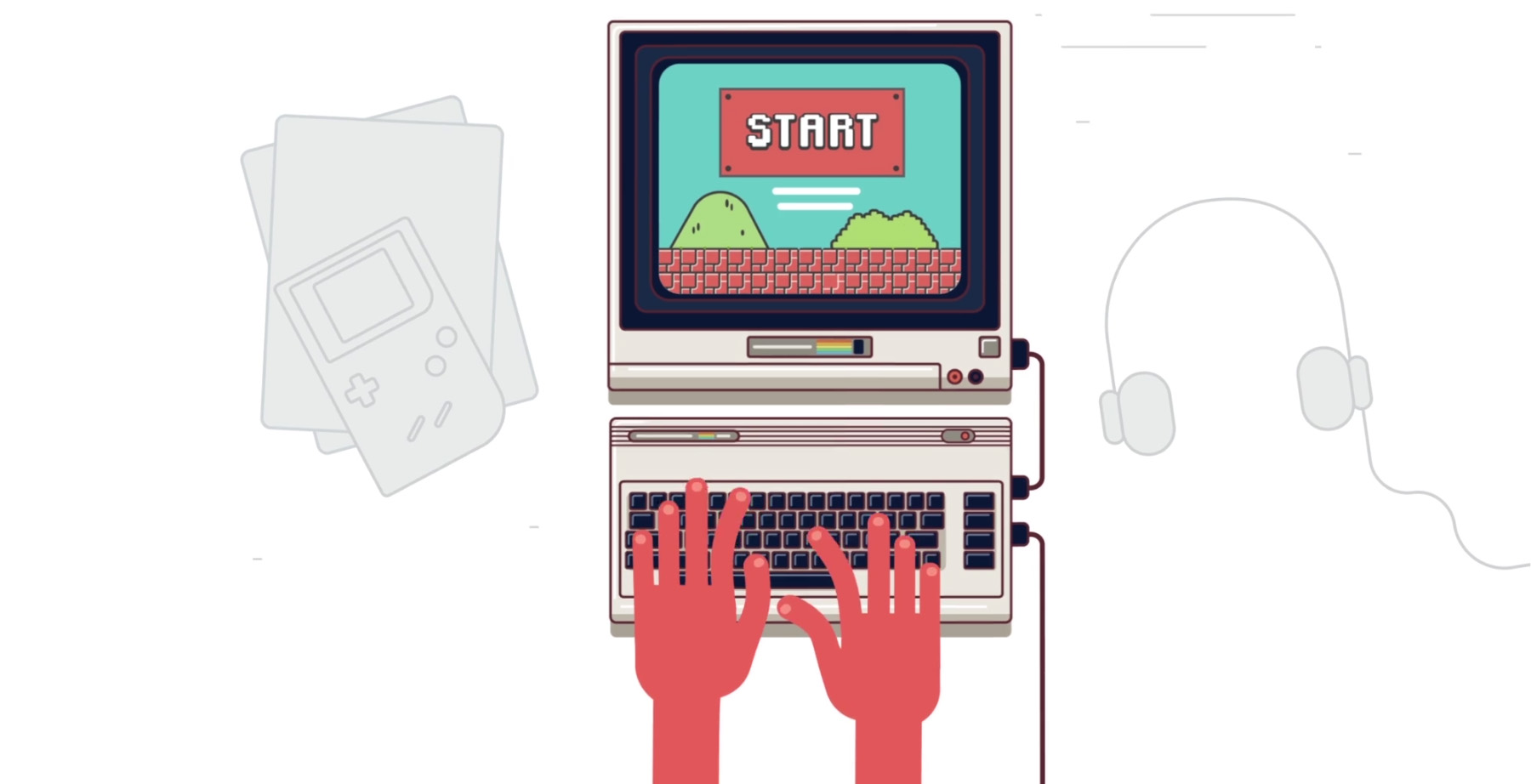 What is it about Gamepump that makes the service uniquely positioned to actually get the rights to classic console exclusives and succeed in releasing them on Steam?

It really all comes down to experience, connections, and funding. I've spent the last 20 years in the game development industry, previously working exclusively in AAA on the Call of Duty franchise during the Modern Warfare era. I've since ran multiple indie studios in Los Angeles, have worked with nearly every publisher in the industry in some capacity, and have funded millions in project financing through my investment funds. In addition, I helped launch the Humble Monthly subscription service through Humble Bundle during my time as Vice President, Head of Publishing at Humble.

This combined experience has helped us understand the market, understand the needs of publishers, as well as have the appropriate funds available to us to dive into the legal rabbit hole that is required to dig some of these titles out of the proverbial basement of mega corporations that in many instances, don't even know they own them. Most importantly, we care. It sounds cheesy, but really our passion for these forgotten games really drives it all home for a lot of people, including the corporations who typically just worry about the bottom line, but we've found once you show them that people care about these games, they go the extra mile to help you clear them for re-release. 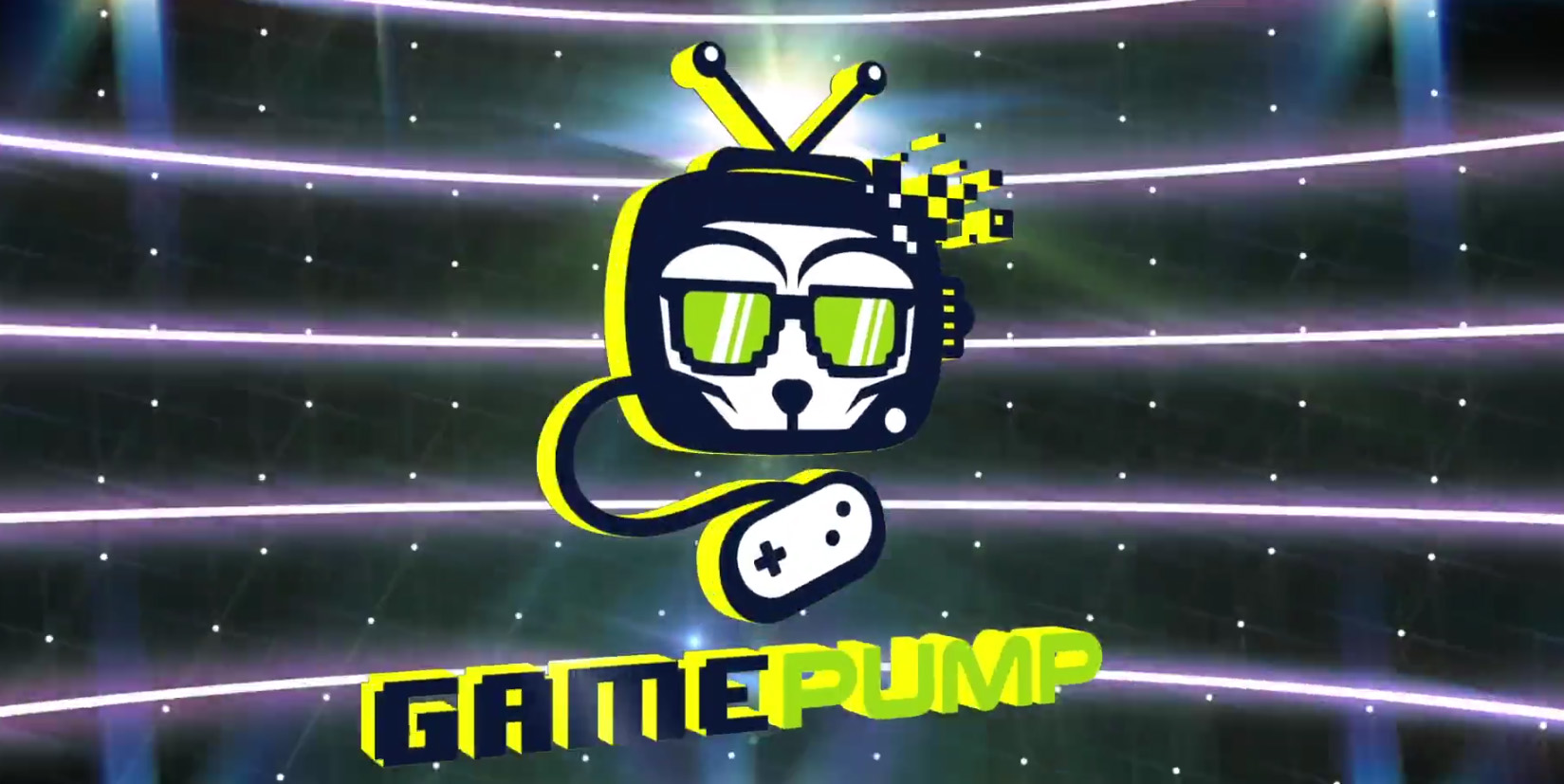 Interesting and ambitious. Looking forward to see where this goes.

No not for me. I'm too picky when it comes to games. And I enjoy seeing my money go to the developers who I think made a great game.

On the other hand I can see how it would give game developer teams more financial security for when they "miss" sale-wise with a game, in exchange for less money when they "hit". We all know it's very much a hit or miss in game dev.

Interesting idea, I'd like to play some of the N64 and PS2 generation games fluently with keyboard/mouse.

20$ a month? this is extremely expensive for old game that could be made in a few month. Sorry can't see this happen unless the price is around 2-5$ maybe? Anyway good luck.

wasn't written at first(or said in the video).

I want to purchase... but how would I now that the service isn't goign to just take my money and run???

iheartindie, no business will last forever. it's always a gamble particularly on a new service. just wait to see how ti develops, if successful then consider opting in or not

Sweet. Can't wait to see what games it has (I'd love to to be able to play NES and SNES games again).