Game features of the game Rise of Legends, as written at the official webpage.

Genre-defining graphics and special effects.
RoL breaks the curve with industry-leading technology and mesmerizing art, creating a world unlike anything seen before. Exquisite lighting, intricately detailed buildings, and the sight of massive, unique armies clashing enormous battles make a feast for the eyes. 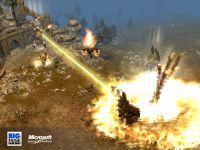 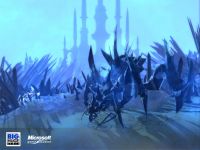 Innovations in the RTS genre.
All your favorite gameplay features from Rise of Nations are here in Rise of Legends, such as constantly shifting borders, attrition damage to units, creation and expansion of cities, and, of course, massive armies clashing on fantastical battlefields! However, each of these gets their own innovative twists. 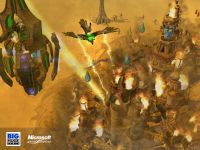 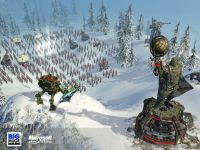 Conquer the World Campaign.
The immensely popular Conquer the World (CTW) Campaign returns to RoL with exciting updates. The award-winning CTW gameplay guides players through a new world of heroes, monsters, loyalty, and betrayal. Follow RoL’s heroic characters through gripping stories, multiple campaigns, and fascinating subplots. The three-dimensional world of Aio is constantly changing as you play—watch the terrain and city change as each civilization expands. 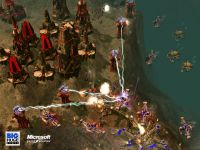 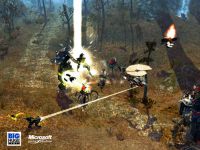 Streamlined and intuitive gameplay.
For the player that wants to dive right into the action, Big Huge Games has streamlined both army and research interfaces, with a renewed focused on gameplay as opposed to micromanagement. Now you can Conquer the World in a 20-minute lunch break or play a traditional, involved game for that classic RTS experience.

New options for multiplayer and online play.
Rise of Legends boasts a full, feature-rich, multiplayer gaming experience with a streamlined and intuitive interface that is readily familiar to any Windows® user. With powerful matchmaking capability and player statistics tracking, Rise of Legends presents both casual and hardcore players with a rewarding online experience. 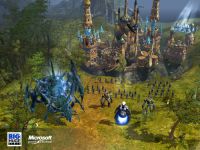 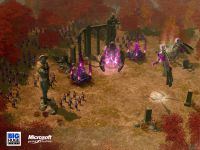 Compelling, integrated story line.
RoL transports you into the breathtaking world of Aio. Follow the adventures of Giacomo and his allies as they fight against tremendous odds in a sweeping narrative spanning three vast continents. Wage a war of survival as you encounter an engaging and unique cast of characters along the way—from the indomitable Doge of Venucci to the mysterious Yontash from the frozen Kahan wastes.