Some of the results of 15+ years of innovation in Homeworld modding.

As we continue work on the next release for the FXmod we would like to take you on a journey through 15 years of mod development, and give you an overview of the features that are currently in the FXmod - and a preview at what is to come, still.

New Features in the FXmod

One of the first tools that we scripted, the HW In-Game Music player was designed to allow players to customize the BGM music while in-game. It overrides the default ambient/battle music settings in the map's .level file. The Music Player supports the entire HW1/2 OST, but also comes with several other space themed tracks - including ones by Paul Ruskay!

Everyone enjoys collectibles. That said, we felt that the Steam Achievements for Homeworld were a bit lackluster, so we designed our Achievements system.

There is at least 1 achievement for each type of content available in the FXmod, so following the achievements is a great way to ensure you get to see and experience all the new content in the mod. In a way, the Achievements System helps you keep track of your exploration progress in our mod.

The Achievements tab can be found in the Main Menu, but can also be brought up via the top menu in-game. 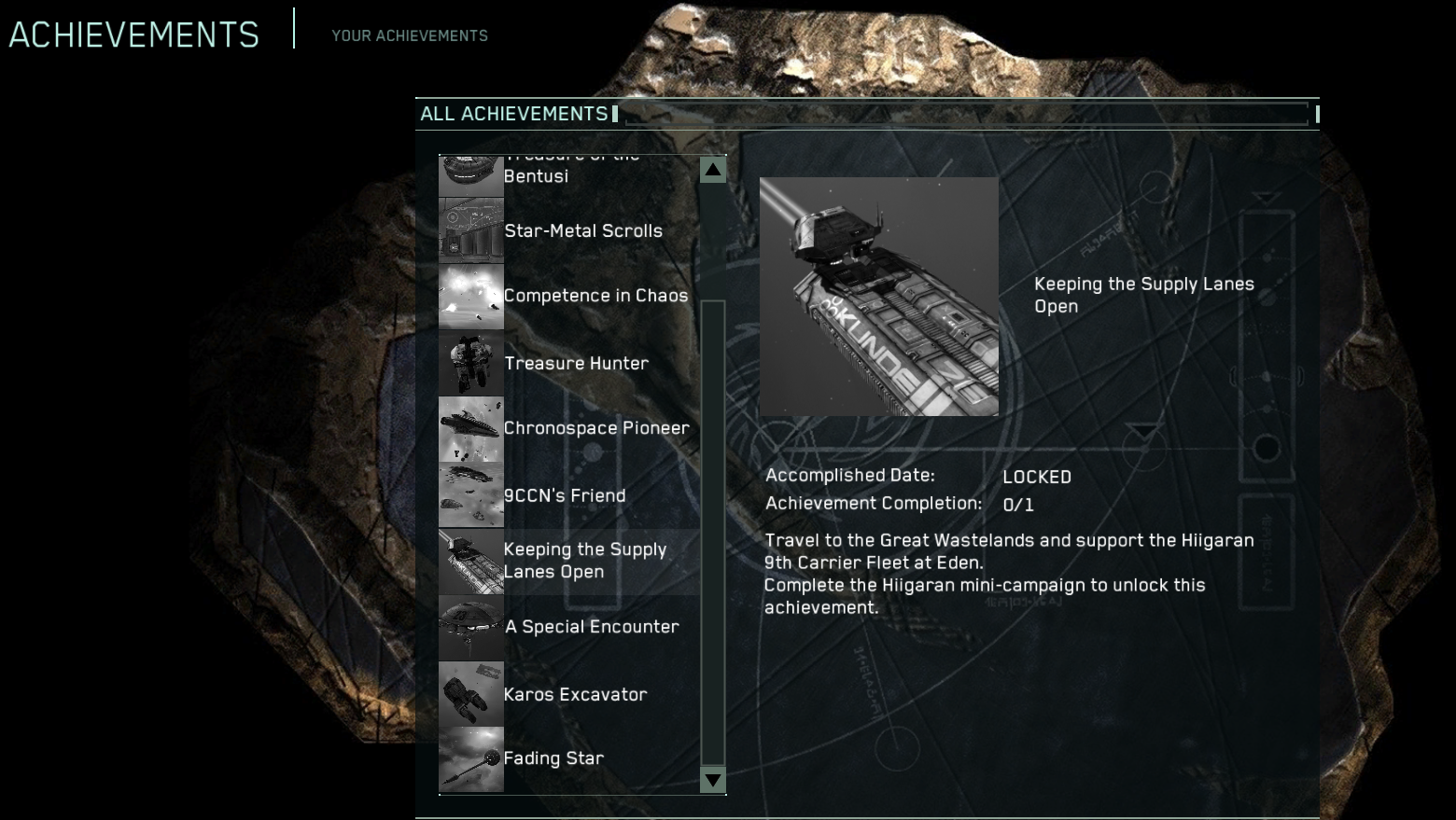 Designed for players who are new to the FXmod, this feature will prompt the AI to "analyze" the current situation, and give the player live advice or tips. For example, if the enemy has a lot of Corvette units in particular, you may get a notice about that. The Staff Officer can also comment on your resourcing situation, your relative fleet strength, and what you should build next.

In games like Sins of a Solar Empire you can name your ships, and since we thought that was neat we scripted a tool that lets you do the same in our mod.

You can name a ship by clicking the [A___] button above a selected unit's UI box. In the Input Screen you can enter the desired name via direct keyboard input or by manually clicking the letters. Click [CONFIRM], and the chosen name will hover over the ship, distinguishing it from other units and allowing you to more easily keep an eye on it. Names can be changed or removed at any time. 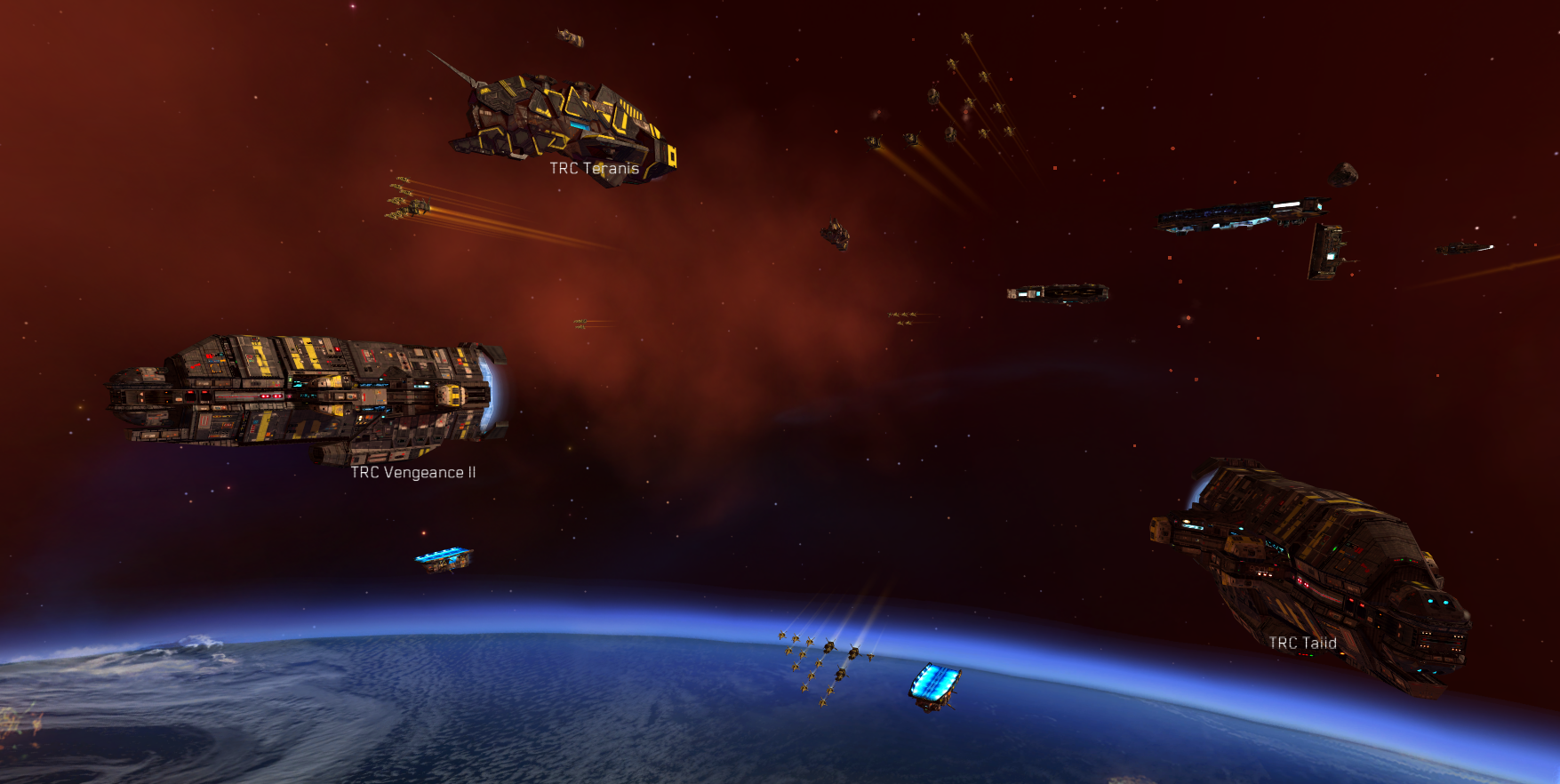 The background of the mod's main menu will change depending on the type of content you last player. Right now there are two (animated) main menu backgrounds, (vs.CPU/Multiplayer and Single-Player), but we will be adding more later.

Tip: You can click anywhere in the background to hide the menu, and click again to bring it back.

This is an advanced match statistics system, designed for players who really want to improve themselves. Like the Staff Officer, it can be set to [ENABLED] in the match settings beforehand.

When enabled, the Tactical Report function will display both the basic match data and additional data in graph form at the end of match. Click [Continue] after the default results screen to view the tactical report. For instance, it lets you see how you did with resourcing as compared to the others, or at what points in the tides of war started to shift. 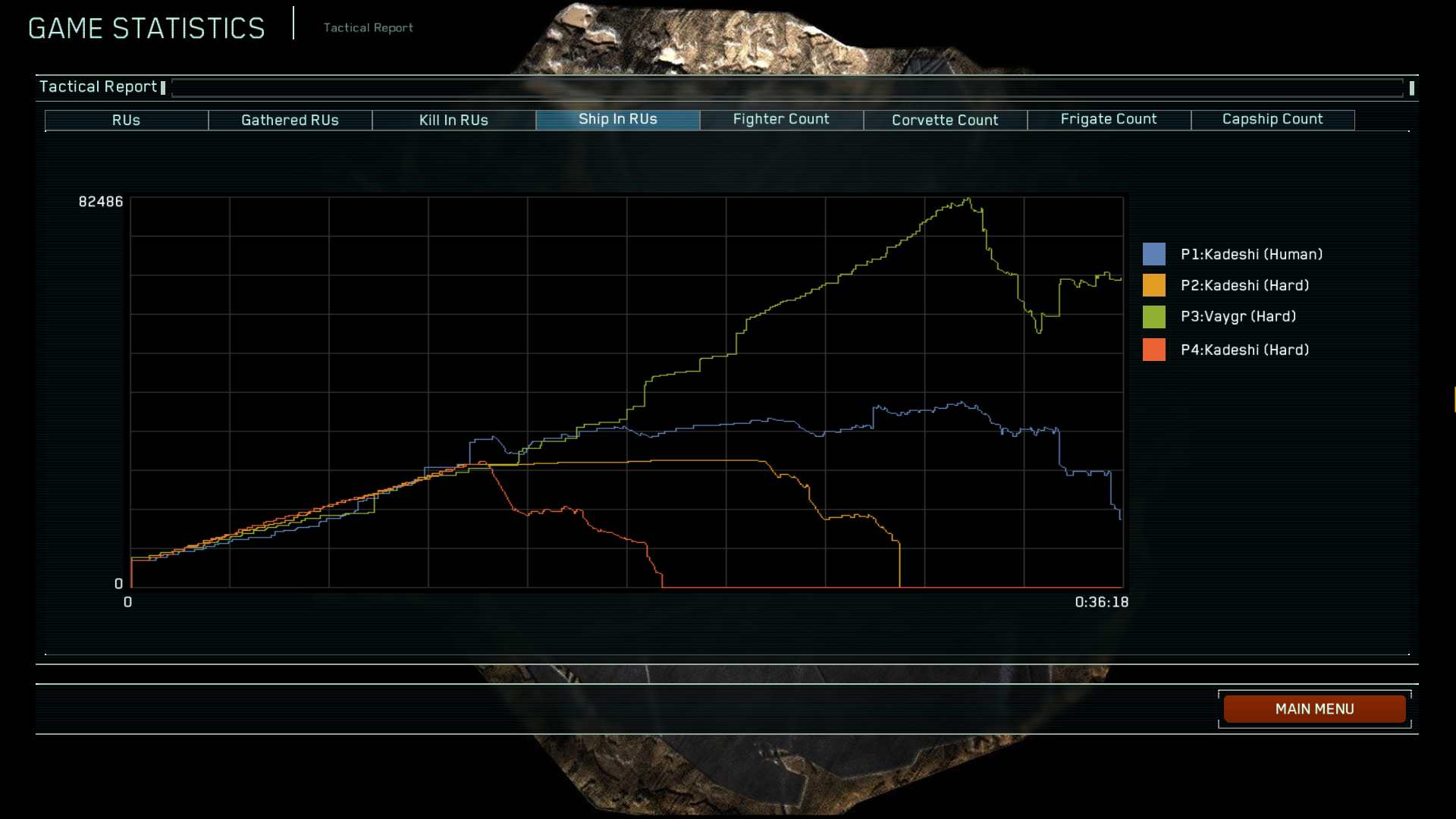 In the v1.37 update we added an in-game image library and document library, both accessible from the Main Menu. 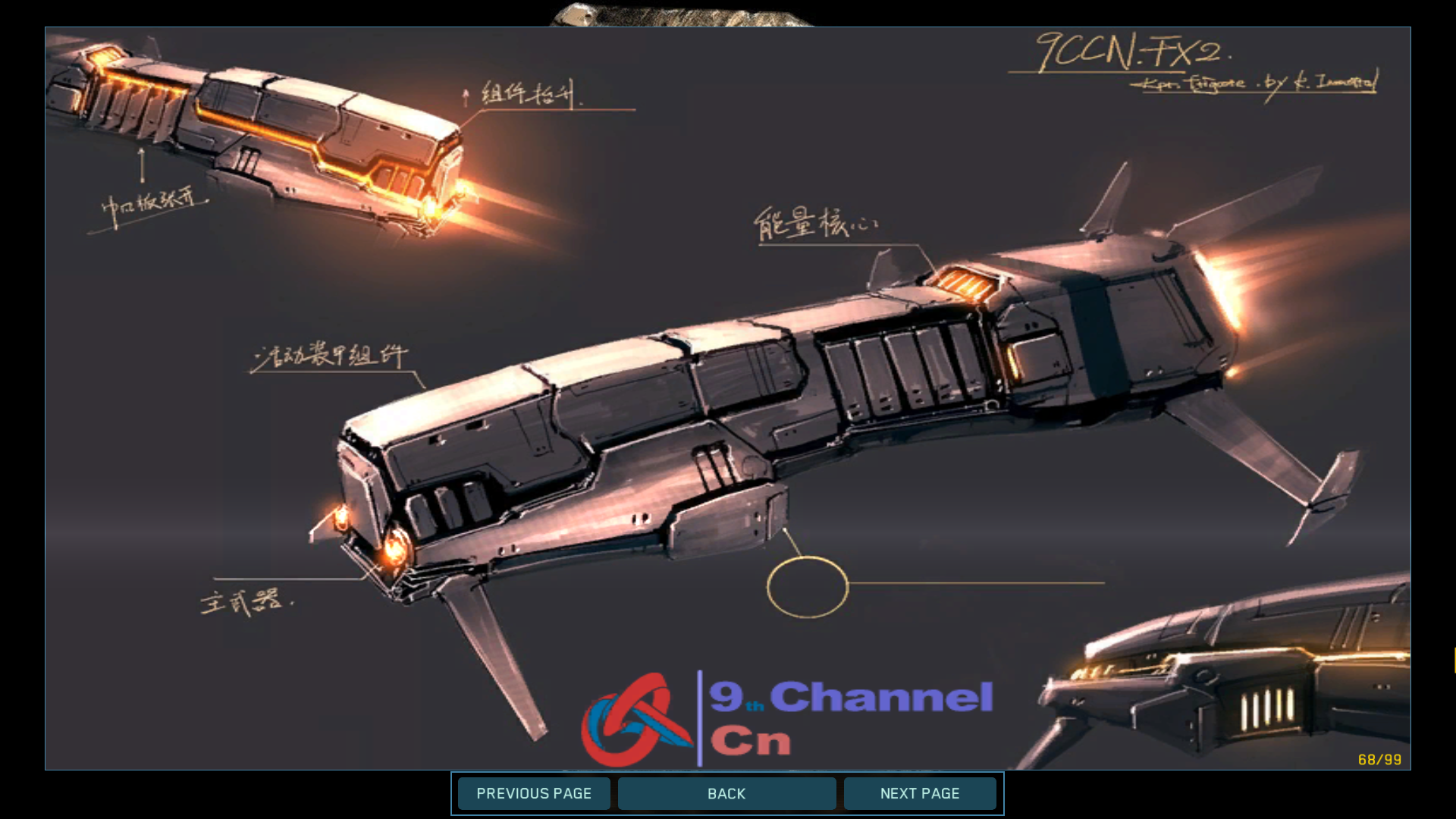 Since the v1.35 update the FXmod supports custom gameplay maps. New factions such as the Kadeshi and Progenitors can now be brought to community favorites such as Ace's HWRM Map Pack. Other custom maps are supported as well, and can be included as following:

At the core of many the new features we were able to develop in and for Homeworld Remastered, as well as new unit abilities such as stance switches, is the team's core script system library, the X-System. Development on this began back in 2009 as a way to expand on the ways units could be controlled and marked. Since then it has grown into a repository for scripts and other coding work that opens up many new possibilities within the Homeworld2 engine.

Players of the FXmod will not see much of the X-System beyond the "Powered by X-System" message in the menu header, but fellow Homeworld modders and scripters can view the X-System on our Github page. You'll also find some of the team's other open-sourced scrips and contributions to the Homeworld modding scene on our ModDB Team Page.

Some of the features not touched upon in this post are the live comment system and unit summoning interface from our FX:The Legendary Fleet mode, or the ability for the new "Observer" faction in Standard PvP Mode to see real-time tactical data, such as RU gains per player.

New gameplay modes such as Bentusi Defense or Artifact Retrieval were not listed in this post either - we'd like to leave some things for you to discover on your own ) Follow the Achievements and Loading Tips, and have fun exploring the FXmod! 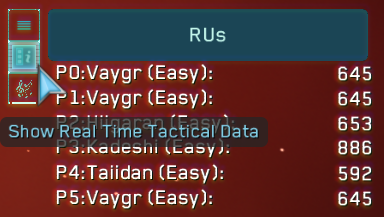 In the present day we continue to try and create many new things. The most ambitious of these, of course, is our RPG Mode: a sandbox-themed, dynamic Single-player campaign that steps outside of the idea of a linear campaign that has defined Homeworld up to this date.

Until then, feel free to drop by our Discord for behind-the-scenes updates, an occasional FX Multiplayer game, or just a Homeworld-related chat.

Until the next time,
-WH.