It's the beginning of a new series! Today, we talked about the new system we've been working on and what it does

We're (hopefully) starting new update series. Every Friday we'll post things about what we're working on. It won't be long as an article/dev-log. It's more about getting immediate feedback from you guys. It'll probably be just a video/gif and a short description. Also, remember that everything we show here is subject to change! It's a more permanent mechanic if we make an article or a dev-log about it. I guess this is the first one so let's start!

So what are we going to talk about in this one? Powerable systems. We were thinking of how to make the outside more interesting. We want to make players have various interactions with different systems just like the inside. We developed a new versatile system which you can power stuff or take power away from other stuff. So there's a power port which you can insert power thingies (Name not decided) you've collected over the course of the game. Powering the port is going to give power to whatever it's connected to. For example, it can be attached to a door or a giant bridge. Potentials are unlimited.

Using the power port is going to deplete a power thingy you've collected. So it's also a resource system. And also the power port will be locked after use (Maybe some of them will be reusable). So you evaluate the value of what's behind that door with the power cost.

The code you see at the button (Ex. "D001") is going to tell you which system it's going to activate / de-activate. We thought about multiple solutions but this is the one we felt comfortable doing it. And I think it's more immersive and makes the world more believable than a bunch of HUD images flying on the screen.

Here's a short demo in action:

(Don't worry about other things you see in the video. We'll talk about those later)

A rendered image I've taken from the Substance Painter: 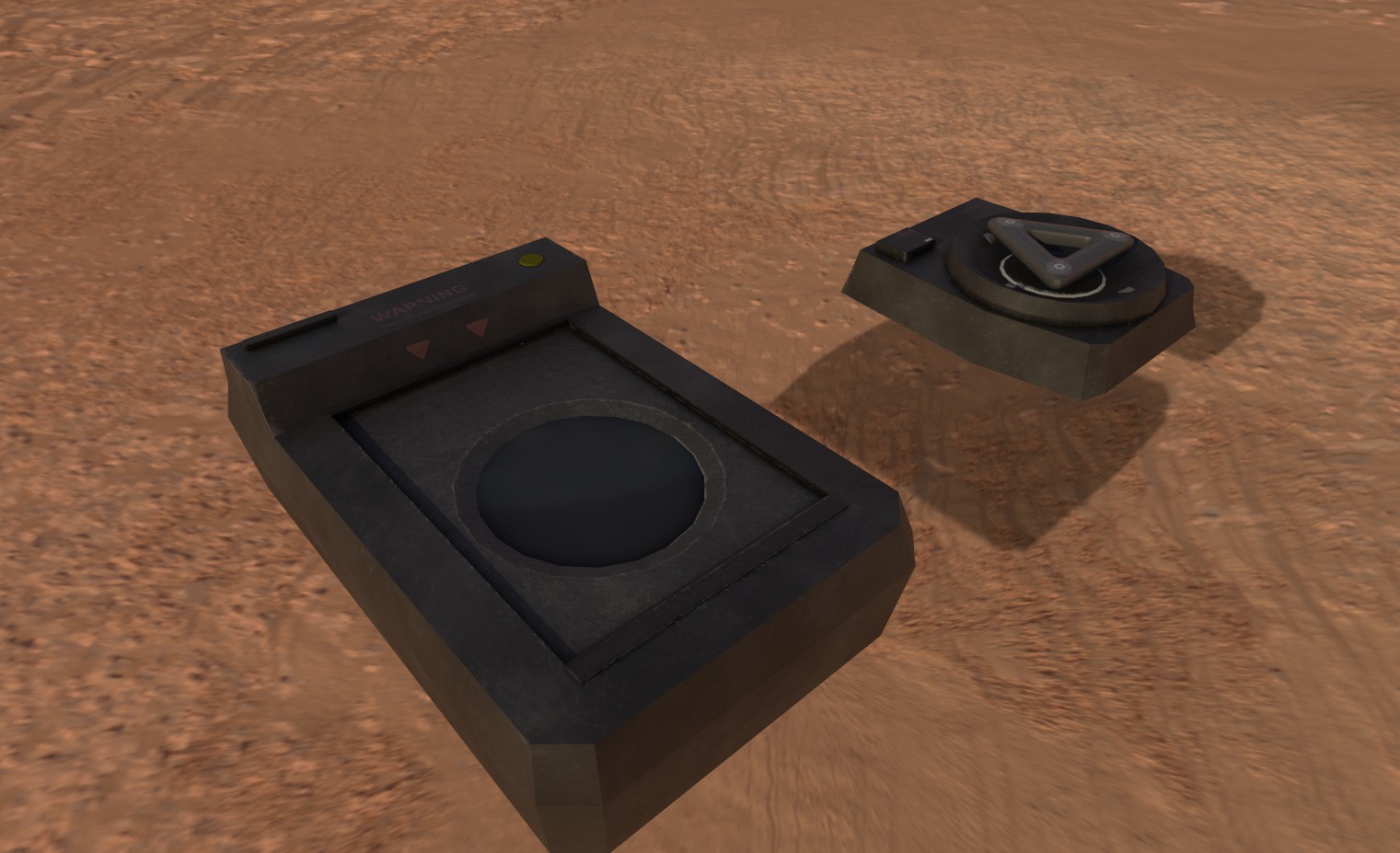 So that's it for this update! Wow, this update became longer than I thought. I guess I am excited to talk about it. We're thinking of naming these updates something catchy (Maybe Friday Frontier??). Any suggestions are welcome! Or if you have any feedback about powerable systems, we'll be happy to hear it! And like I said at the beginning, this system can change into something else later on

Also, we opened a live stream while developing the UI of this system. Maybe you saw it. We may do more! I enjoyed it even though the view count was quite low. If we stream again, it'll probably on the Steam and Twitch platforms.

Here's the link to the Twitch channel: