This week our creative director tells us what inspires his work.

Hello people of the internet!

I decided to give Harri a day off from these and ramble for a while about what inspired the writing and atmosphere of Kalaban and what I aim to show you in the game.

A small introduction. A Finn born and raised, I was told my name is Tuukka, but I adopted "Kaarlo" as my handle ages ago and tend to most go by it. It's a Finnish name still, I just like the ring of it better. I've been writing as a hobby for what feels like forever. My only published works are some handfuls of lyrics for a band called Syncfactory (Finnish electronic industrial band). 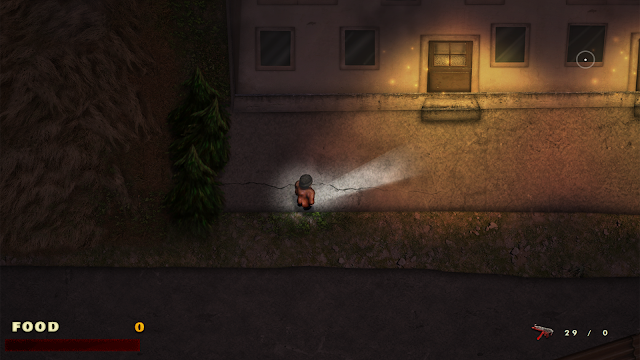 So what inspires me to write? Mostly games, actually! Them and Terry Pratchett. I'm not big on watching movies or series, I take my entertainment from books and games. Biggest influences in my writing for Kalaban would be older PC games. Story does have some Evil Dead in it, with all the twinkle in the eye stuff and all, but my biggest inspiration is an older PC/Amiga game called DreamWeb (1994).

Sure we are not creating a cyberpunk world filled with corruption and mystery, but there you have it! Looks I definitely directed Harri to create in the way of Finnish games close to my heart (all of which are worlds apart from each other, naturally) called Notrium (2003), Tapan Kaikki (1995) and Driftmoon (2013). I highly encourage everyone enjoying survival games to check out Notrium and all that like Pratchett style writing and lighthearted humor in RPG games to check out Driftmoon.

I'd say "try Tapan Kaikki series" but... it may have not stood the test of time that well. But it's still worth a look. Other inspirations are too many to idly list here, but there is still one thing I shall shamelessly plug here! Gone with the Blastwave! Blastwave-comic.com An awesome webcomic about life after apocalypse that does not take itself too seriously. Its style of writing and art direction have seeped into our little game thanks to me and that is no accident!

Most of the atmosphere is created in tandem with the rest of the team, with some ideas thrown in by our friends, the best of which we've implemented. Most important thing I wanna portray personally, is a world that is in a way believable, but also alien. I want to toy around with the Finnish tropes but not make the game too entrenched in Finnish culture, I want everyone to be able to enjoy the game as it is! I want it to be a dark, grim world you see, but with a healthy sense of "not taking itself TOO seriously" 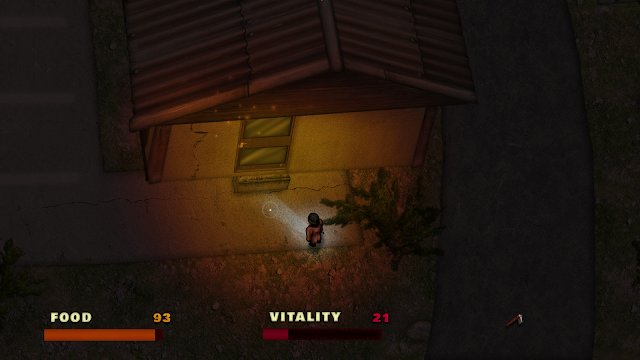 And how I write? I write whenever, while having a late night walk, wake up in the middle of the night with an idea, I'll just jot it down or actually get up and blast a full dialogue for a new character, why not! Since when inspiration strikes, you will have to write write write and get it out of your system, otherwise it'll be gone forever since I lead a busy life with many distractions. So the next time you'll pick up our game, you can be sure the dialogue came from heart, written when inspiration strikes and not just readymade fluff...

Even though the prose might not win any awards ;)