Freetekno is the name of a cultural movement that is present in Europe, Australia and North America. Freetekno sound systems or tribes form in loose collectives, frequently with anarchist philosophies. These sound systems join together to hold parties wherever a viable space can be found – typical locations include warehouses, fields, abandoned buildings or forests. Because freetekno parties are usually held illegally this sometimes leads to clashes with the police. 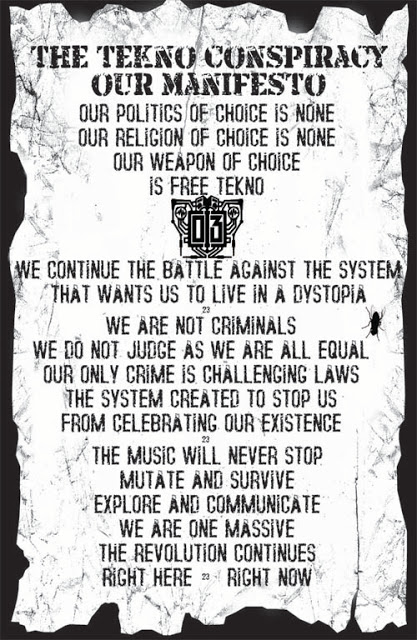 There is no central organizing body for freetekno sound systems or parties. It is not a specific group of people, but rather a way of living and partying that ties together diverse individuals. Sound systems start up between friends. Trust and respect are key elements of the scene.

Free tekno parties are likely to attract many sorts of people: ravers, punks, squatters, students. In summer, parties are planned which go on for up to one week. All artists are invited to contribute and sometimes up to eighty sound systems attend. These parties are termed teknivals. 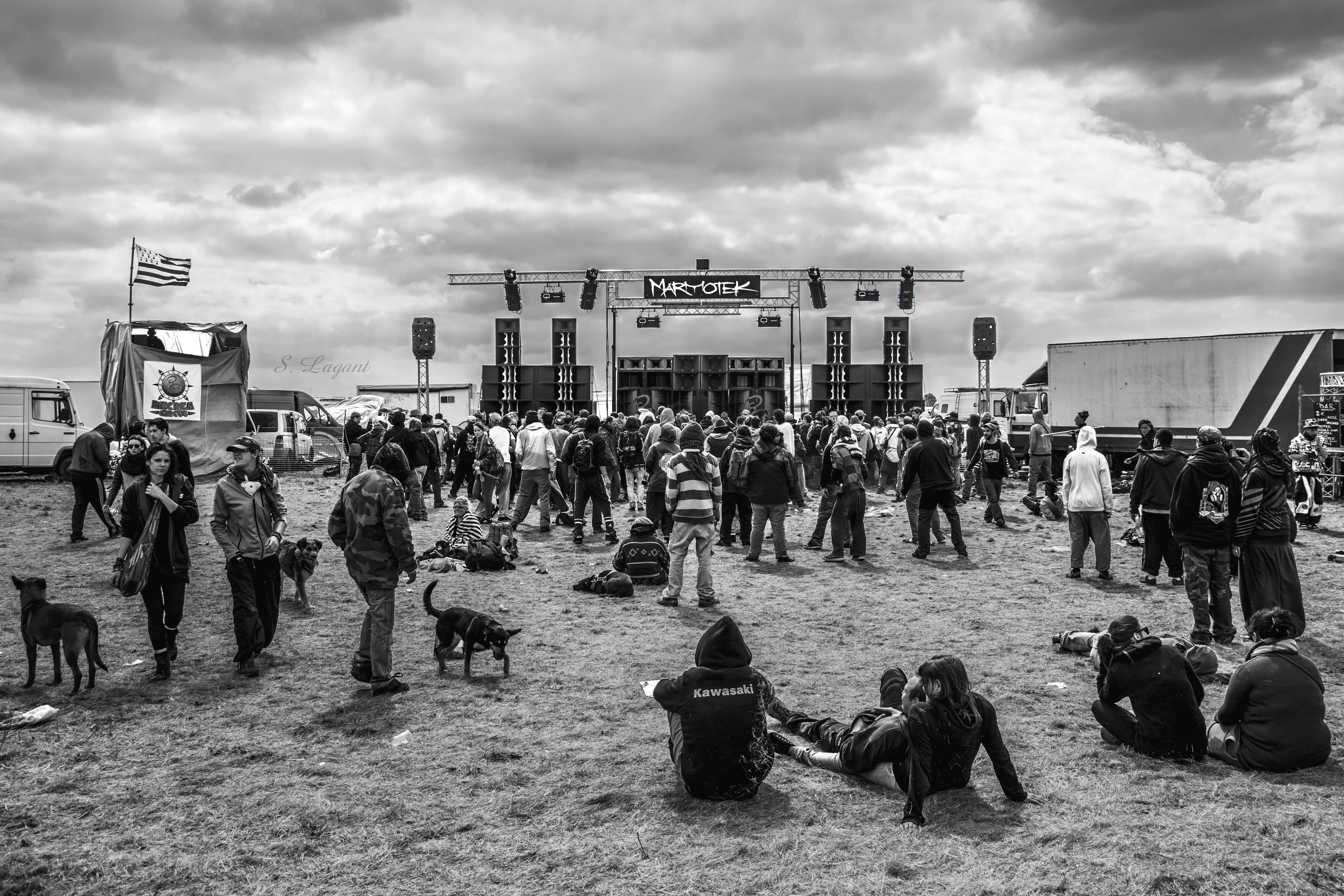 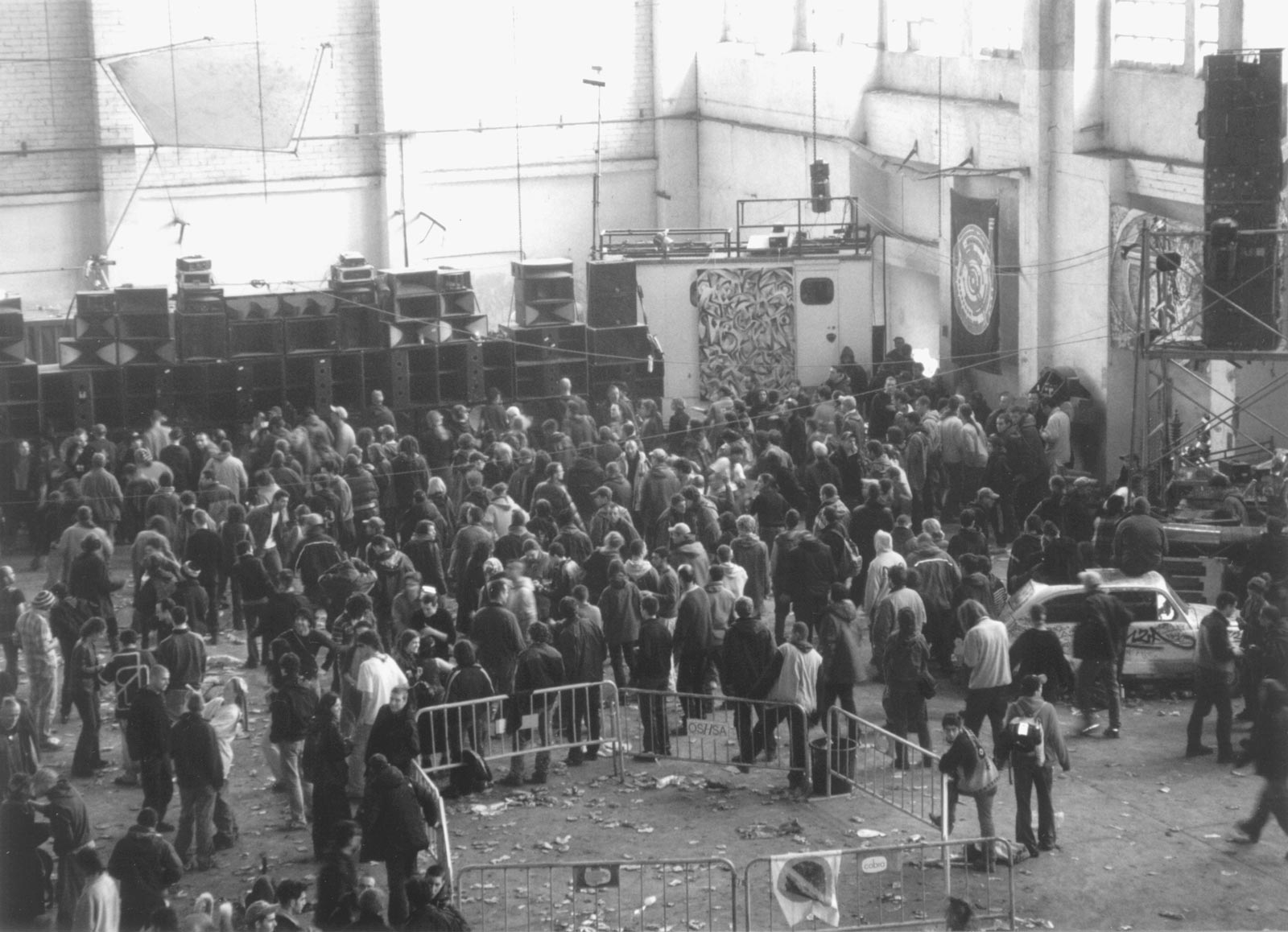 The atmosphere is friendly and the party goers police themselves. Racism, sexism and aggression are not tolerated. The freetekno party is a good example of a Temporary Autonomous Zone.

The freetekno movement appeared in first half of the 1990s and is currently very strong in Austria, Belgium, Canada, the Czech Republic, France, Germany, Italy, the Netherlands, the Pacific Northwest region of the United States, Poland, Slovakia, Spain, and the United Kingdom.

Freetekno parties are known for their strong community and positive attitude. The people who throw these parties are usually putting themselves at great financial and legal risk, and are expecting nothing but a good time in return.

The majority of freetekno attendees understand this, and attempt to make the party as safe, comfortable and enjoyable as they can. There are exceptions to this, however, but the general attitude of freeteknitians is to allow people to be themselves. 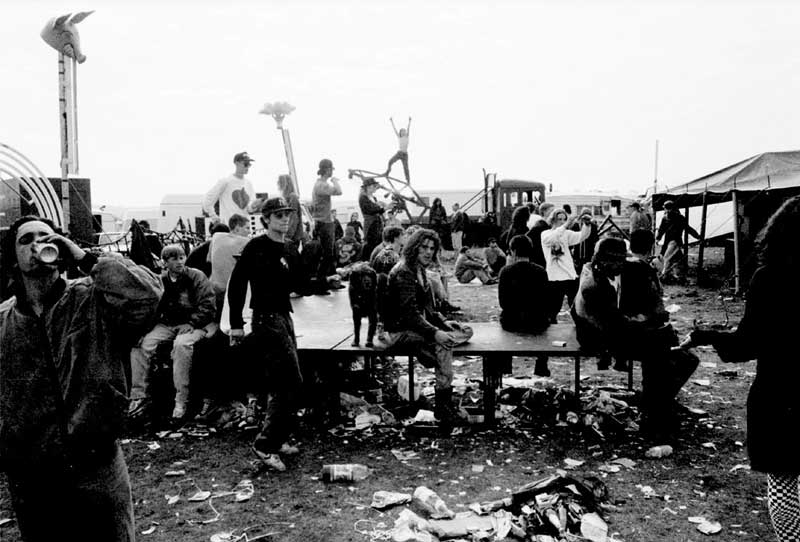 I recommend watching movie, it's called Heretik- We had a dream

Wow ! A new thing by Cukrus ! This is so late time , you place things so rare , it becomes an event when you do it

Is this what you metalheads will call yourselves from now on ? Teknos ?
Interesting ! Wait this is really techno music , interesting

We are celebrating life even if many of us are dead inside...

Please read. If not then don't. It says tekno, not techno, and metal totally different thing from both of them, especially metalheads, by the mean to not stereotype people I would say, I call people metalheads, only if they call themselves metalheads... xd

Interesting event which embrace different folks and calls them to have a good time. And music unites everyone!

I wanna attend one ! Will do it too when i can
Btw check my latest blog , despite not winning in that voting contest i included Livonia anyway for the next cathegory