So, you've made a fight, gone through training camp, and made weight successfully. Now the event finally begins! In this feature, I discuss how range and offense works in the match engine.

So, you've made a fight, gone through training camp, and made weight successfully. Now the event finally begins! 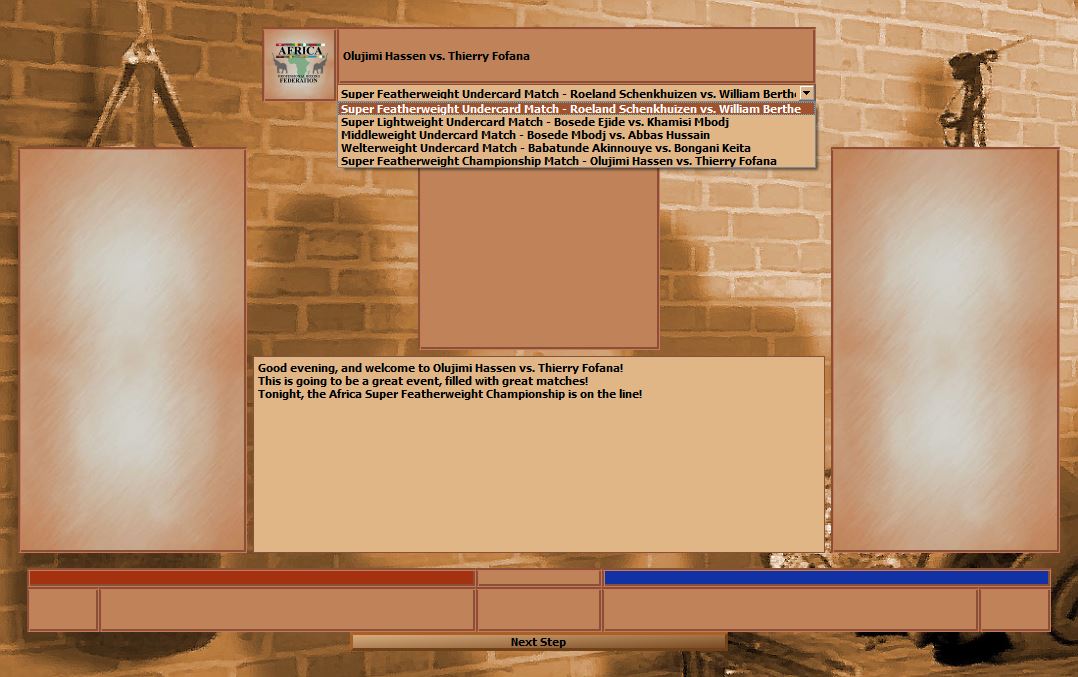 A typical fight can occur at three ranges: on the outside, on the inside (or "in the pocket"), and less commonly, in the clinch.

Outside - Slightly further than and up to an arm's length away, this range is ideal for jabs and crosses. Fighting on the outside allows a fighter to catch his opponent on the end of these straight punches, allowing them to inflict the most damage. Boxers and, to a lesser extent, counterpunchers prefer to fight at this range due to their expert timing and quick jabs.

Inside - Less than an arm's length away, this range is ideal for fighters who are able to make use of powerful hooks and devastating uppercuts. Since these punches do not require full extension of the arm, an able infighter can utilize his excellent body movement and footwork to create leverage for these looping punches and pound his opponent into mush. This is the desired range for swarmers and, to a lesser extent, sluggers.

Clinch - When fighters are so close that their arms get tangled up with each other, it is known as a clinch. Fights in the clinch generally don't last all that long, but can happen. Clinching can also be used defensively in order to get some time to rest if a fighter has been dazed or knocked down. After all, an opponent whose arms are tangled up can't throw punches! The referee will break apart a clinch and reset the fight to the outside if the clinch lasts too long. 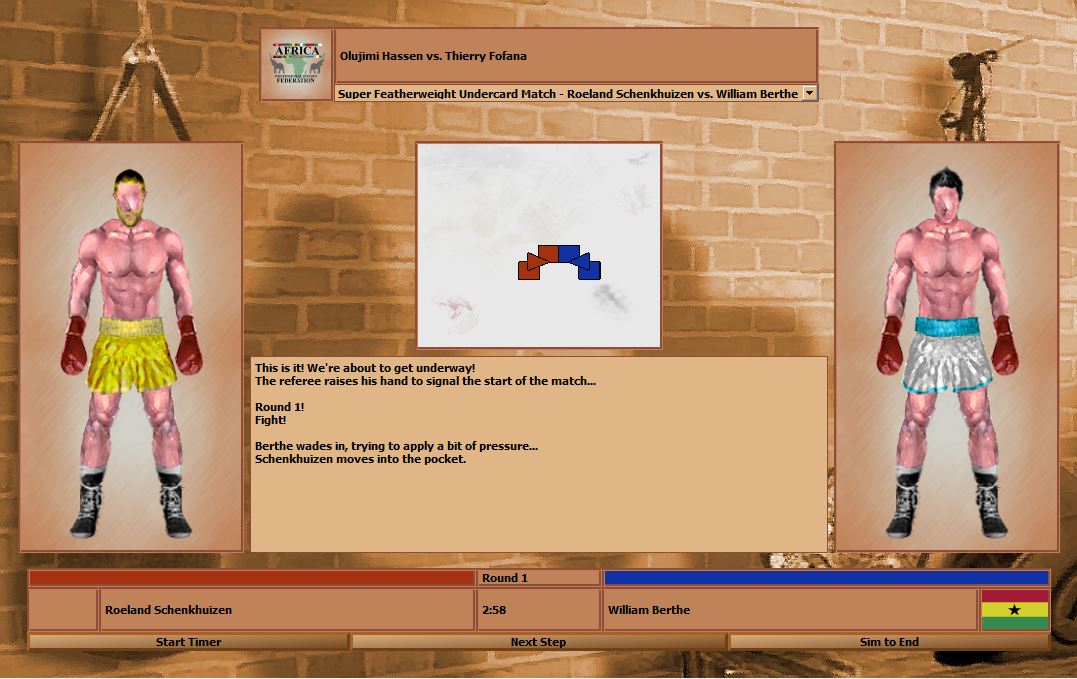 There are several basic punches that a fighter can use when he is the aggressor - jab, cross, lead hook, rear hook, and uppercut. Each of these punches can be thrown from the outside or inside. Within the clinch, a fighter is limited to hooks and uppercuts.

Regardless of what punch is used, the fighter may or may not precede it with a jab. In real life boxing, the jab is often used to gauge distance and set up a following attack. This game is no different, and if a fighter throws a jab before he follows it up with a punch, the success rate for the second punch is slightly increased. 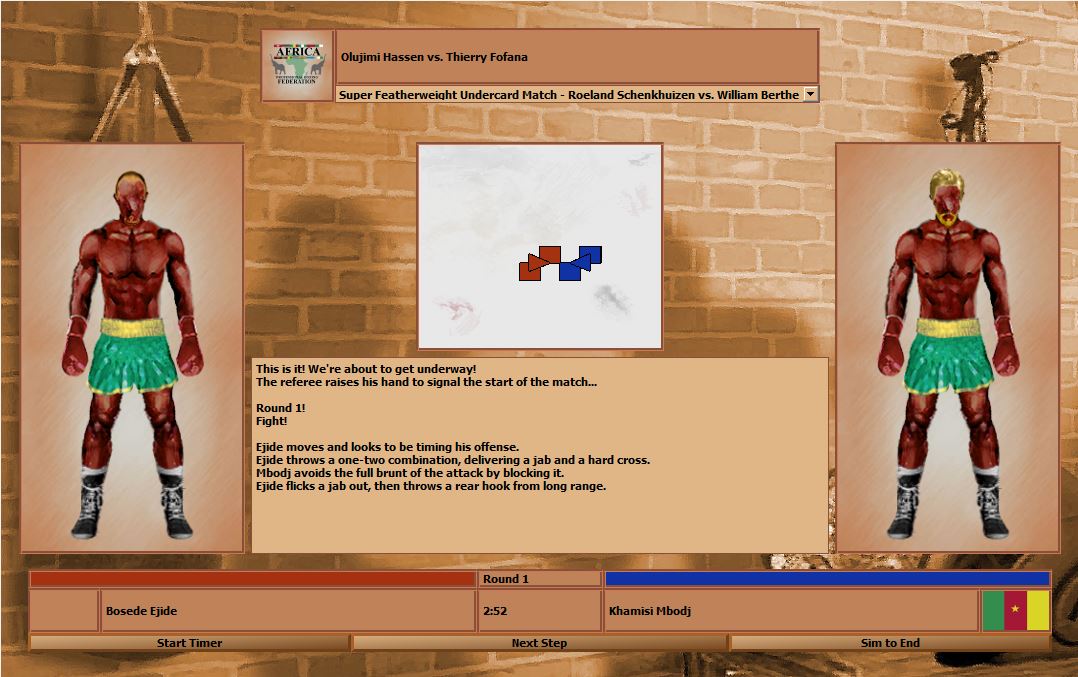 On the opposite end of the spectrum of finesse, rather than setting up his attack with a jab, a fighter can choose to throw a haymaker. Every punch except a jab has a haymaker version of itself, which has a much lower chance of success but inflicts far more damage. 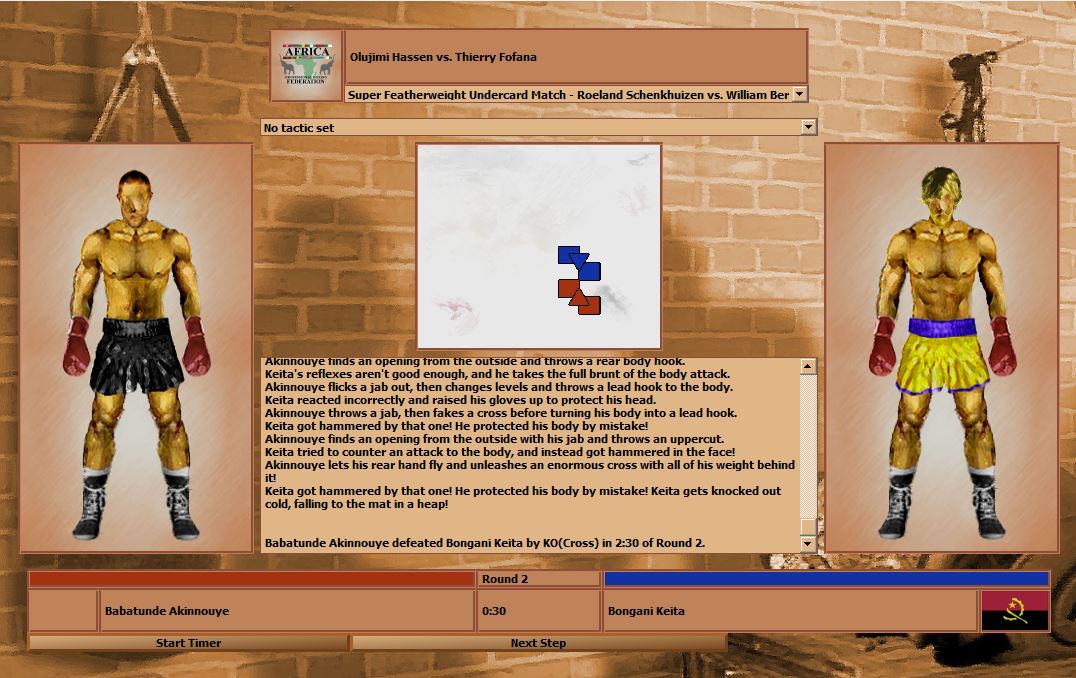 A fighter can choose to attack the head or the body. Attacking the head tends to have a lower chance of success, but will do more damage and carries the chance of an instant knockout if the opponent is caught clean on the chin.

Attacks to the body tend to connect more easily, but have a less noticeable, cumulative effect. As a fighter's body sustains damage, he will become more susceptible to knockdowns. The opponent will also suffer a gradually increasing penalty to the success rate of all of his offensive and defensive actions as his body begins to accumulate damage. 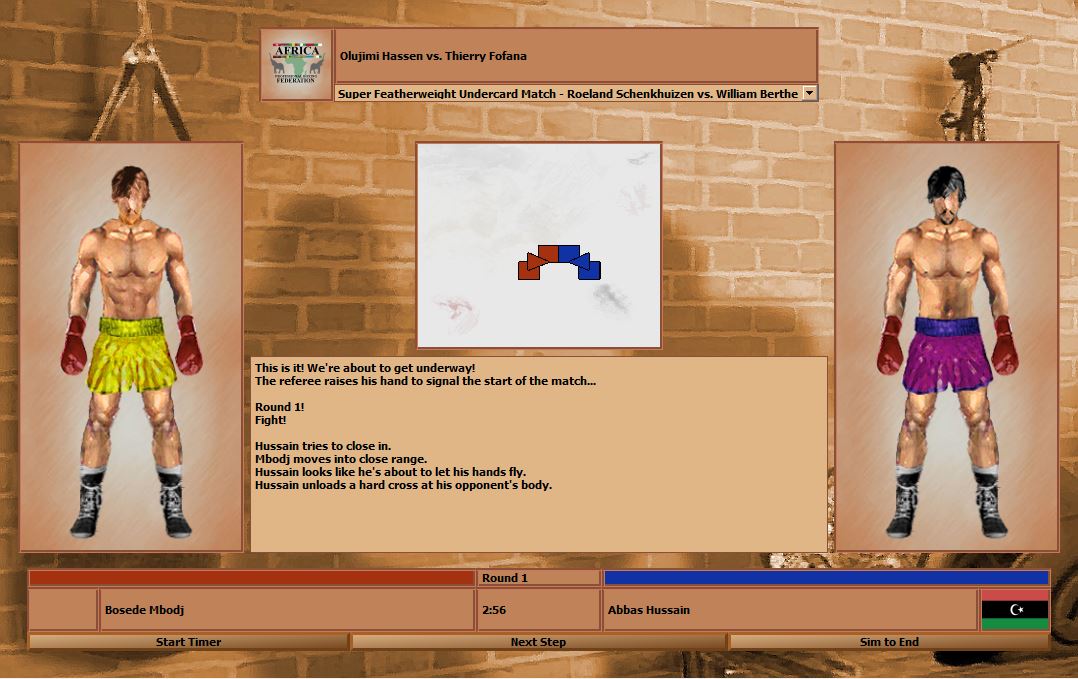 All punches each have their own attribute level associated with them, representing the general effectiveness and proficiency each fighter possesses when using that particular punch. The punch attribute, however, is not the sole determinant of whether or not a punch lands.

The match engine is designed such that accuracy, timing, power, etc are calculated and compared independently of one another. Thus, whether on offense or defense, the relevant attributes of both fighters are being compared more directly against one another. Without getting into too much of what's going on under the hood, overly aggressive sluggers cannot just overwhelm opponents through sheer aggression - if none of a fighter's punches land, he cannot knock out his opponent! 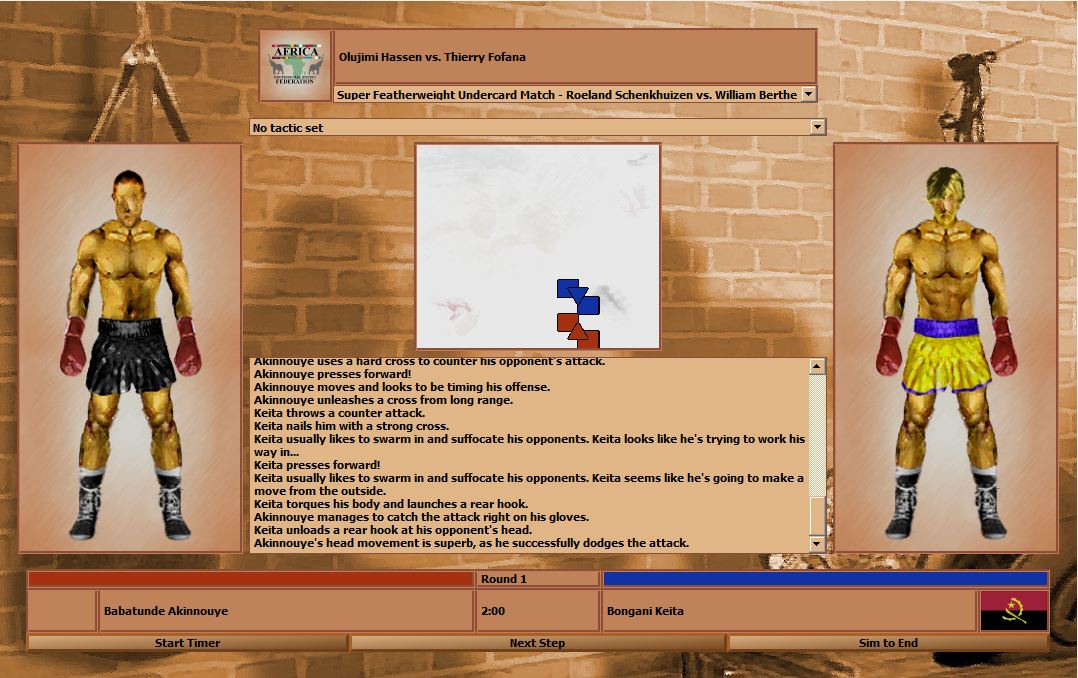 The effectiveness of offensive and physical attributes scale in a linear manner as their stats increase, while the the effectiveness of defensive and mental attributes scale in an exponential manner as their stats increase. What this means for the player is that aggressive and rugged fighters will tend to find more success at lower levels, and defensive tacticians will become more dominant at higher levels of competition. I'd like to think that this feature reflects real life boxing.

With all these offensive tools available, how is a fighter's opponent supposed to react? Tune in next time to find out! Until then, please do make your way to my Greenlight page to upvote it! Every vote counts!

Or if you still have doubts, feel free to try out Kickboxing Manager, the free prequel to this game!