Last time we described how a fighter might be able to attack his opponent. What happens, however, when the opponent tries to do the same?

Last time we described how a fighter might be able to attack his opponent. What happens, however, when the opponent tries to do the same?

When a fighter is the recipient of an attack, he must first determine WHERE he is being attacked before he can decide WHAT to do (more philosophical minds might also wonder WHY he is being attacked, but that is beyond the scope of both this article and the game).

An attack can either come against a fighter's head or his body. Whether or not the fighter receiving the attack chooses correctly is determined by a combination of his defensive stats, his mental stats, and his speed as compared to his opponent. A fighter whose opponent possesses far better timing, head movement, etc is more likely to be fooled into defending the wrong place. 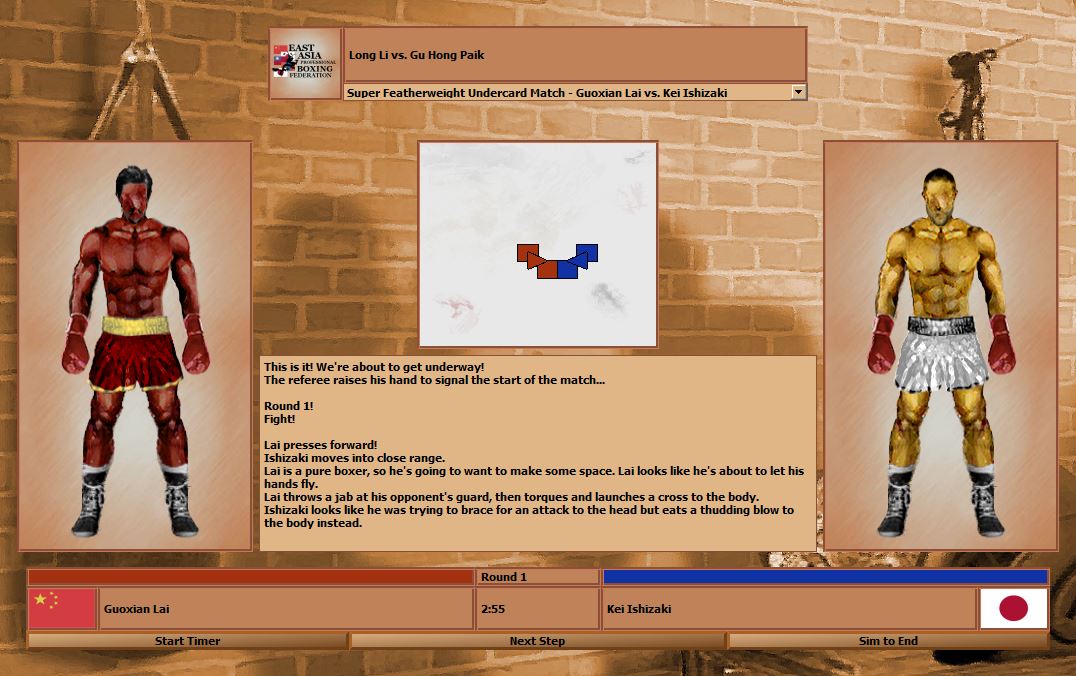 If a fighter guesses wrong, then he takes the full brunt of whatever his opponent threw at him. If he guesses correctly though, there are a number of options he can go with from there.

Blocking an attack is the simplest way to defend against it, and as a result, is used more commonly than the other methods of defense. The success of a fighter's attempt to block an attack is a function of certain defensive and mental stats (which ones are used differ depending on whether he is defending his head or his body) compared with the relevant offensive stats of his opponent.

If his attempt to block is successful, the damage taken from the punch is reduced drastically. In addition, a fighter cannot be knocked out or knocked down if he successfully blocks an attack. 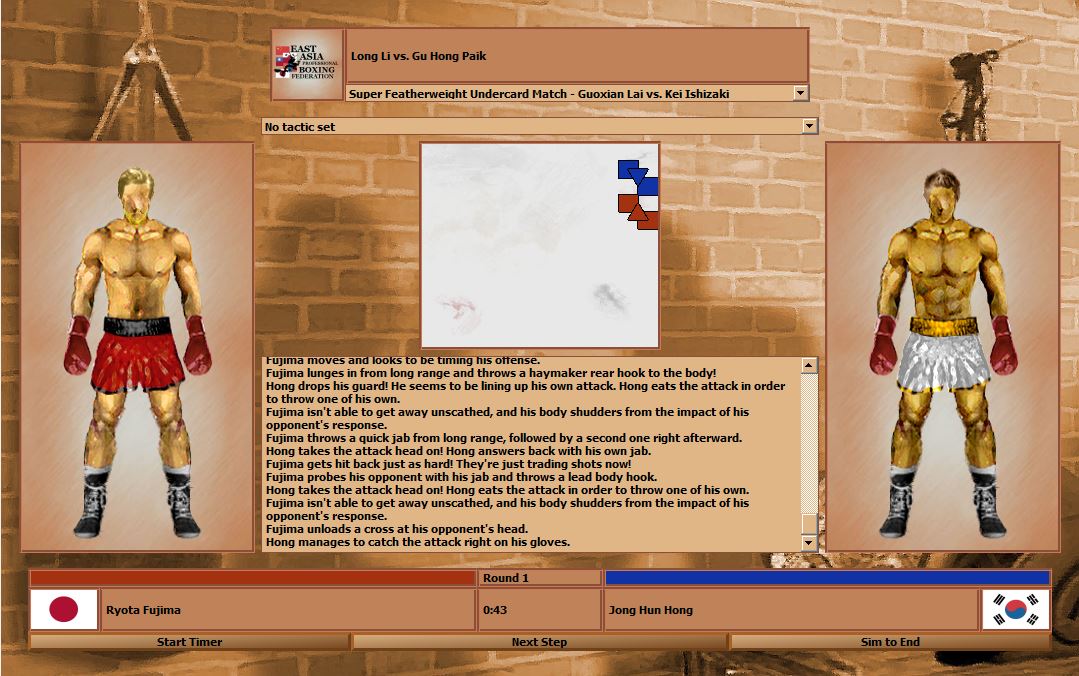 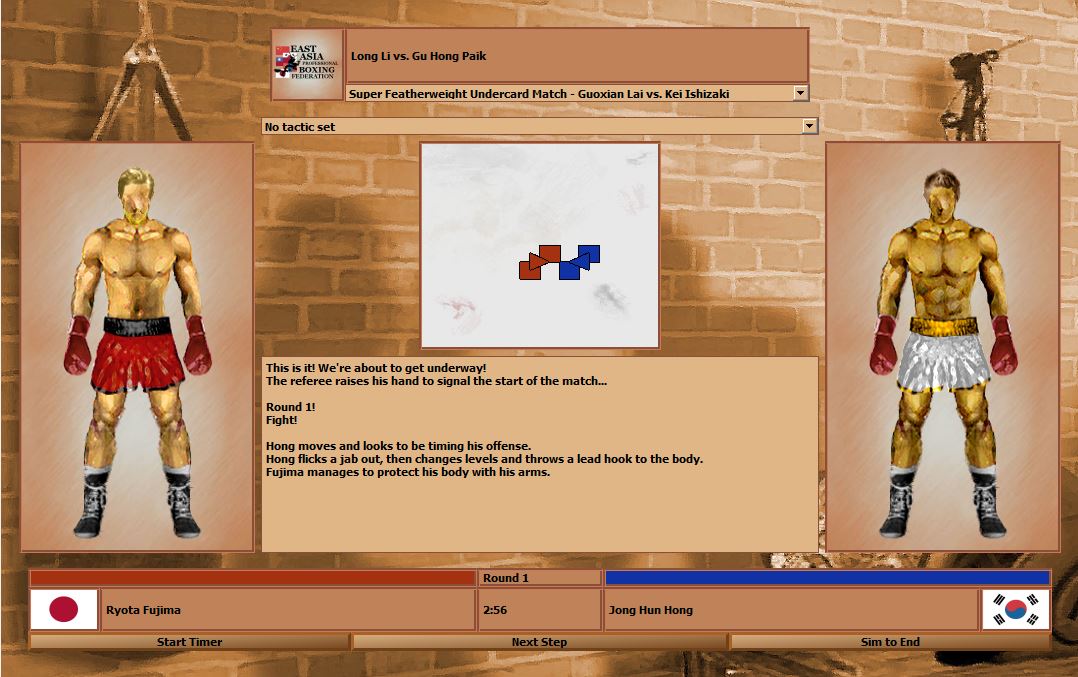 Blocking may prevent a catastrophic defeat, but it also results in the fighter using it taking some damage, as well as preventing him from being able to answer back with a punch of his own. This means that his opponent is free to follow up with another attack, this time with a slightly higher success rate. Rather than taking partial damage, therefore, it is often preferable to avoid taking any damage entirely.

If a fighter is quick enough, it is always better to avoid being hit at all. Thus, a fighter being attacked may also choose to dodge it. Similar to the way in which blocks are calculated, whether or not a fighter manages to dodge an attack is some function of his defensive and mental stats vs. the relevant stats of his opponent. 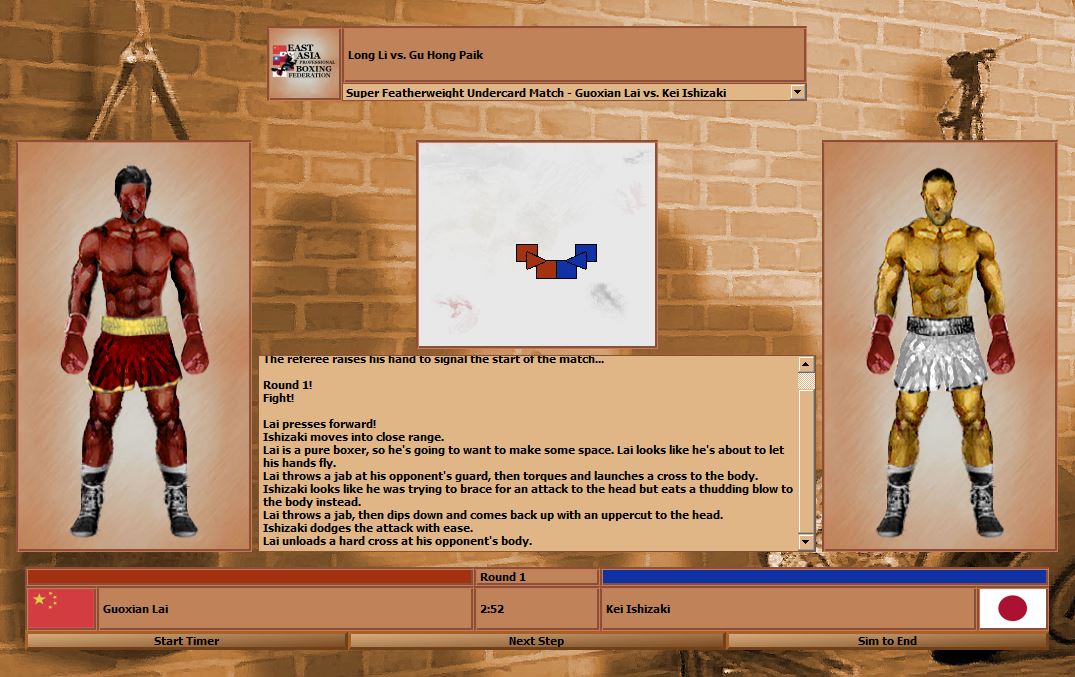 If a fighter successfully dodges, there is a chance that he may move out of his opponent's way entirely and turn the tables in order to begin his own offensive. Whether or not he does so depends on his mental stats such as Aggression and Adaptability. If he decides to press the advantage in this manner, he becomes the attacker and the initiative passes to him. 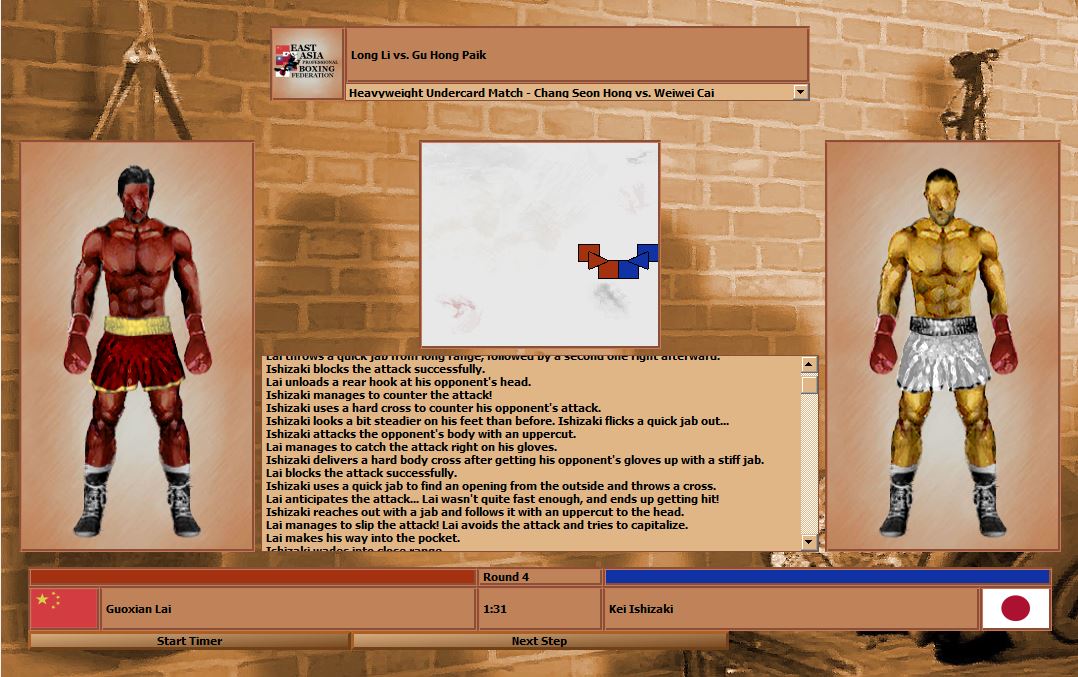 More often than not, a fighter will simply dodge an attack, and his opponent will line up another. Unlike blocks, a follow-up attack to a dodged punch does not carry with it a bonus to its success rate - its chance of hitting remains the same as if it were the first punch attempted.

Standing in place and allowing his opponent to attack again is not necessarily a poor course of action for the defending fighter - a good counterpuncher, for instance, might actually prefer to keep letting his opponent attack in order to leave more openings for counter attacks, or even just to tire his opponent out! A missed punch is more tiring than a landed one, so successfully dodging an attack increases the amount of fatigue sustained by the opposing fighter. 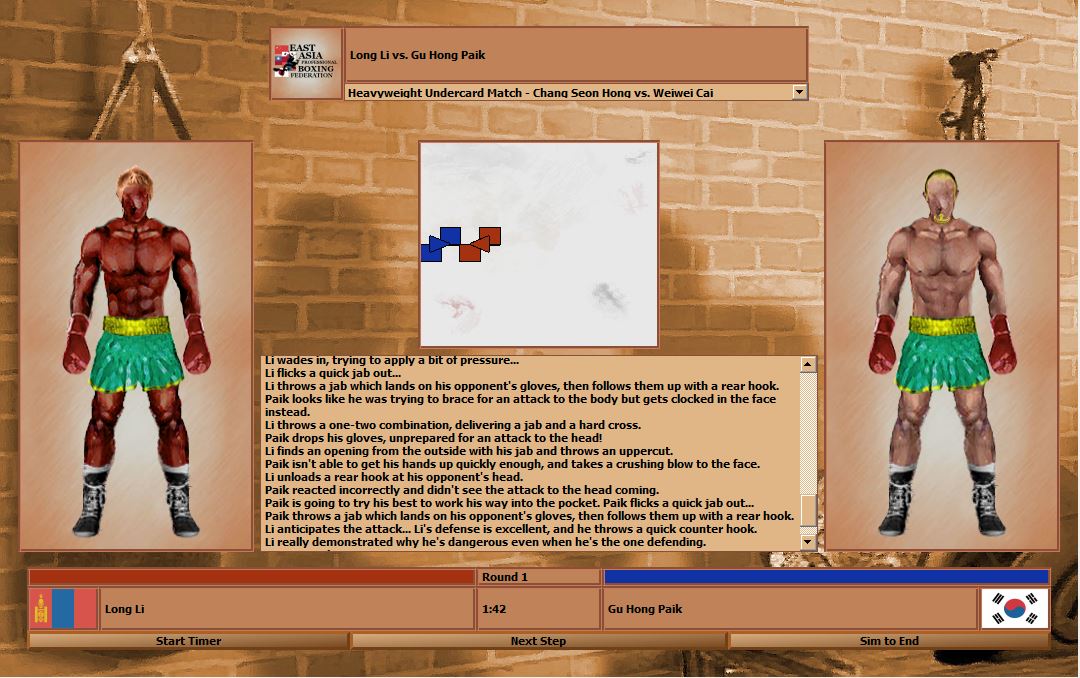 I had originally intended to cover all defensive maneuvers in this feature, but there is still a lot to cover. I'll have to save it for next time to prevent this article from becoming enormous, so tune in next time in order to read about counter attacks and trading shots!

As always, if you found this feature interesting, please do make your way to my Greenlight page to upvote the game!