There is quite a lot of verity in this game, read about the main game, minigames and multiplayer.

After queuing up Robo's World 2 and seeing a short introduction you are taken to the title screen. From here the game's 3 modes are available.
Story mode:
Pressing spacebar will start the game, starting with a tutorial (which can be skipped). After this, you begin playing through the story mode of the game. If you are curious about the game's level design, then you can check out the images which show a fair preview of what the levels in the game look like. I do not intend to spoil the game's story, but I will say that there is a really cool boss battle at the end of the game. Totally worth playing to see!
Minigames:
Robo's Ammo Scramble:
Alternatively, you can play one of the two minigames. These are available for play right from the start. No unlocking required. Some people actually prefer these small distractions to the main game. (Really, I don't get it either!) 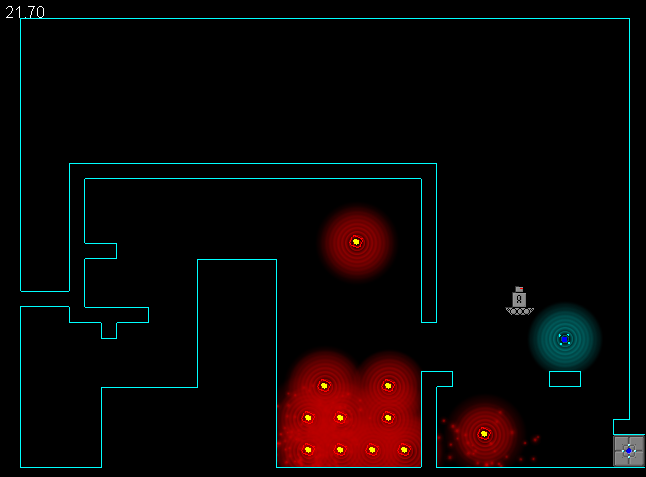 The first game is Robo's Ammo Scramble. This is a simple platforming challenge that requires you to collect blue power cores and avoid red ones under a time limit.
I have since made a new version of Ammo Scramble which will be used as a minigame for Robo's World 3, Zarnok Fortress. If you at all enjoyed this minigame, I recommend checking out Robo's Ammo Scramble.
Robo's Air Battle: 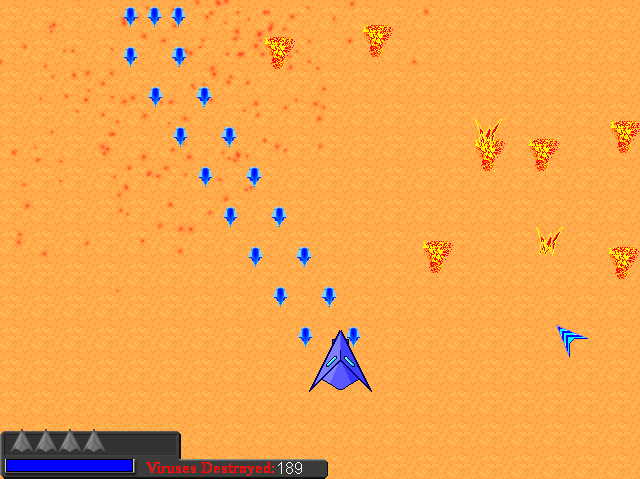 The next minigame is Robo's Air Battle. This is a simple scrolling shooter in which increasing amounts of enemies, and different types of enemies come in endless waves from the top of the screen. Be on the look out for power-ups and 1ups to try to get the best possible highscore!
As for newer versions, I am willing to say that Robo's Air Battle will be getting a spiritual successor in Robo's World 3. That is to say, I have learned so much since then that the new version and this minigame will look completely unalike.
Multiplayer:
Multiplayer is possible the best mode of Robo's World 2. It is a local multiplayer between two players. 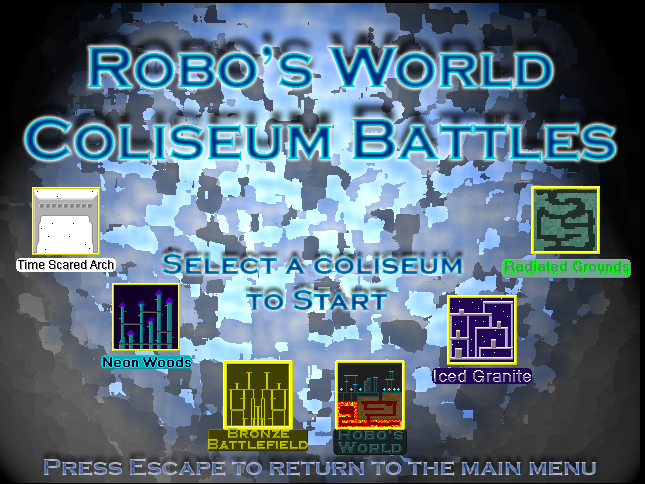 After clicking the multiplayer option, you will be taken to the map select screen where you can choose from 6 maps to play on. Each map has unique characteristics and design. The game plays as a first-to-5-points wins system.
Gameplay:
Every time one player dies, the lose one point and the opponent gains one point. The amount of kills in a game can vary. If you are losing +4 to -4, then you will need to get 9 kills to win.
Each player has 100 health. Each player can fire a laser and throw grenades with different keys depending on if they are first or second player. Lasers do 10 damage at long range but only 1 damage at short range. That is what grenades are for! Hitting an opposing player with a grenade will deplete a large amount of their health, killing them in most cases. You get infinite grenades.

Well, that pretty much sums up what you can get in a play-through of Robo's World 2. Have fun!
~Bluish-Green Productions