Features of Red Alert 3, as read at the official website.

Welcome back comrades, it's been far too long. 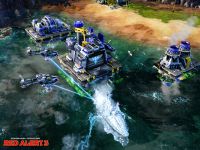 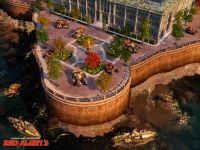 After years of conflict, the Allies are finally on the brink of victory. Cowering behind the walls of the Kremlin, the Soviets decide to turn to one last act of desperation - the use of an experimental time travel device. The mission: to go back in time to eliminate Albert Einstein before he creates the technologies that will lead the Allies to ultimate victory. After a successful mission, the Soviets return to the present, discovering the Allied position has weakened. But before they can truly celebrate, they find out their actions have spawned a new threat and global superpower, the mysterious, technologically advanced, Empire of the Rising Sun. Welcome to World War III.

In Red Alert™ 3, all three factions will have their own hand-crafted story-driven campaigns, with co-operative missions designed solely around coordinating attacks and developing strategies with an ally. Hook up with a friend online to go through the entire experience or choose from a group of AI commanders, each with their own distinct playstyle and personality. 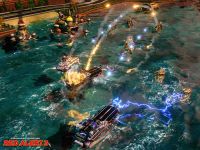 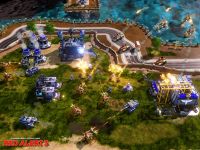 While most RTS games keep naval gameplay at the periphery, Red Alert™ 3 is not shying away from the high seas. The oceans now hold essential resources, and with many units and structures capable of becoming amphibious, players who turn their backs to the oceans will find conquering the world a daunting task.

For Xbox 360 owners, Red Alert™ 3 continues EALA's quest to increase accessibility of strategy games on the console. Featuring a new, enhanced version of the revolutionary CommandStick interface, Red Alert 3 on the Xbox 360 brings the speed and efficiency of the keyboard and mouse to the palm of your hand. 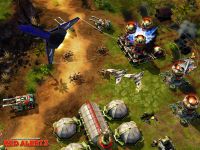 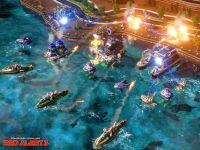 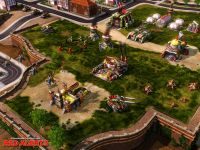 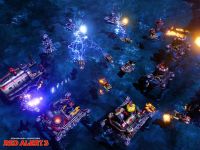 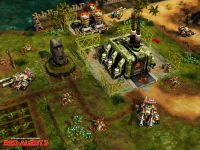 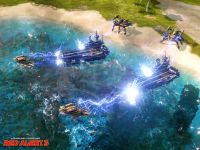