Answering a lot of questions we've been asked and seen asked about MCL.

What is MechCommander Legacy (MCL)?

MCL is an indy project being developed by two individuals to create a Battletech-themed RTS game on the Spring Engine.

MechCommander 2 serves as one of the many inspirations for this game, and of course there are similarities. However, we've taken a different approach to many aspects, inspired by the Mechwarrior series as a whole, as well as Mechwarrior: Living Legends (RIP), a mod for Crysis that we played heavily.

It's a stand-alone game, not a mod, though this is a complicated question. To make a long story short, the Spring Engine evolved out of attempts by various members of the community to upgrade the Total Annihilation engine into a fully 3D form 10+ years ago. Because the engine (known then as TA Spring) still used TA as a base, projects to create non-TA games were still called "mods" as they still relied heavily on original TA coding and assets. Over the years the engine was heavily modified until eventually it rid itself of all legacy Total Annihilation code and functions and became a true standalone engine, "Spring". Many non-TA projects on the engine were still called "mods" out of tradition and habit for quite some time.

When will it be finished and released?

It's impossible to give an estimate on this. It will be done when it's done.

Off and on for a little over a year. Mostly off. Due to our sometimes conflicting timetables, Flozi's career and my fickle attention span, work on MCL is more a roller coaster than anything else.

How close will it be to Battletech?

We've strived to faithfully use the core aspects of BattleTech as a guideline, much moreso than MechCommander. We have reproduced the vast majority of Battletech systems and components, from accurate weights and loadouts to Heat systems, ammunition, etc.

What is the timeframe of the game (in the BT Universe)? Can we select different timeframes?

We have used the 3060s FedCom Civil War as the general focal point, time-wise, for the game. We felt this offers the coolest assortment of Mechs and technologies. There are no plans to select different time periods/eras.

Will there be a Single Player campaign like MechCommander 2?

Sadly, the Spring Engine isn't known for it's robust front-end framework, so creating a fully-fledged SP experience will require far more effort than building the basic structures of the back-end - we will have to essentially write an entire front-end system, from scratch, with all that entails, in order to do it. So expect anything more than "skirmish"-style battles against AI opponents to be a long ways off.

What factions are in the game? 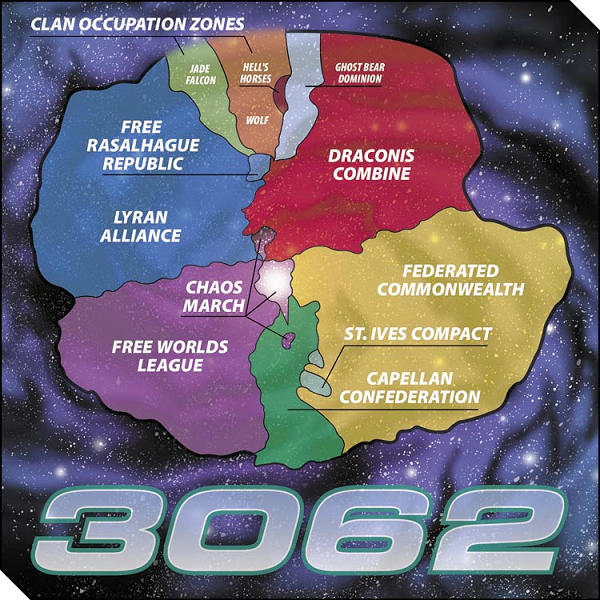 How many units/Mechs are in the game?

There are currently 47 unique Mech chassis implemented in the game, totalling 104 variants. This is a little less than half of what we're planning.

What about vehicles? VTOLs? Aerospace fighters?

We wanted to keep to the idea of players being MechCommanders, so players will only be able to directly control Battlemechs (and maybe a couple of Mech support vehicles). Vehicles ranging from the 25-ton Scorpion to 100-ton Mars will be AI-controlled "creeps"; they will spawn automatically, and have automated movement paths, and engage targets on their own.

Do you need any help?

This is a question we frequently hope is asked. As a two person team, each of us having our own particular set of abilities, any help is more than welcome. In very vague order of importance, we're looking for help with: