Someone has sent us two MP demos for Far Cry that were leaked a long time ago. What's in there? We are here to tell you.

Posted by changeroftheways on Mar 30th, 2020

Dear readers. We have an important announcement for you.

A week ago one guy (Fluorescent Hallucinogen) who has been searching for info about pre-release Far Cry, just like us, has sent us them. Not screenshots, not footage, but two working builds of the game! They had to contain something special.

Now let us examine the demos’ contents in more detail.

The demos are to be installed via .exe self-extracting archives, unlike the official SP demo that had a proper installer.

The first installer is also packed in a zip archive along with some other files: an image with the default controls for the game, a readme for beta-testers and a guide for using the FC dedicated server.

Here is a list of the main features we noticed after installing these demos:

I’ll tell you right away – this is the main reason this article exists.

The first demo contains the original animations for Mutant Screwed, Mutant Omega and Mutant Slug (no models or textures though).

The Screwed’s animations are the very ones mentioned in its model’s .cal file. They date back to March and June of 2003.

The animations and the time they were last edited: 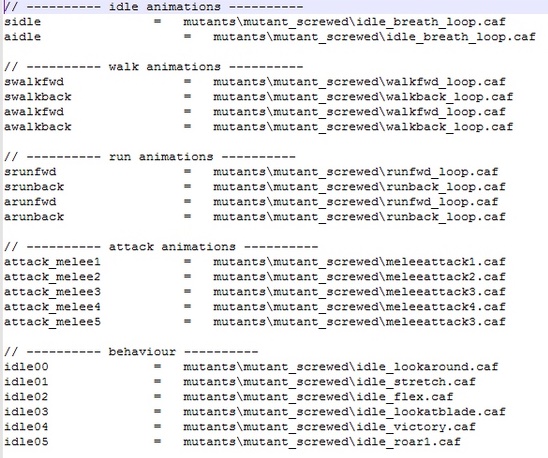 That’s how they look. Quite similar to the Mutant Big’s:

Now modders won't have to make the animations for this guy from scratch or use the Mutant Big's.

What about the other mutants? They don’t have their properly rigged models, like Screwed. Their only models are static holograms. So how can we look at their animations?

Turns out, their models’ cache was preserved in FCData/CCGF_CACHE.pak. If you make a blank .txt file in the same place as their cache file, but in the "Objects" folder and rename it to .cgf, then hooray - the models can be viewed again.

Using the animations we found and the textures preserved in the official SP demo, we managed to “reanimate” the mutants. Here they are:

Mutant Omega (sorry for the lack of head’s texture – we could not find it):

His attack animation looks incredibly weird, if you ask me. However, its movements are more fluid and snake-like in comparison to the restoration we made earlier

All these animations and cache files are not present in the second demo, however.

This thing looks exactly like the ones Jack and Val used to inject the antidote after the Factory level.

It is fully animated, by the way

It has a placeholder texture and low-quality animations.

They look like a mess in their default state, but they are okay when animated:

Just like “seringe”, only a placeholder texture and a single idle animation.

All of this is not found in the second version.

In the second demo, mp_dune was also included.

When browsing through these levels in editor, I didn’t notice any significant change.

Loading screens for the levels in the first demo are quite different from their final versions. 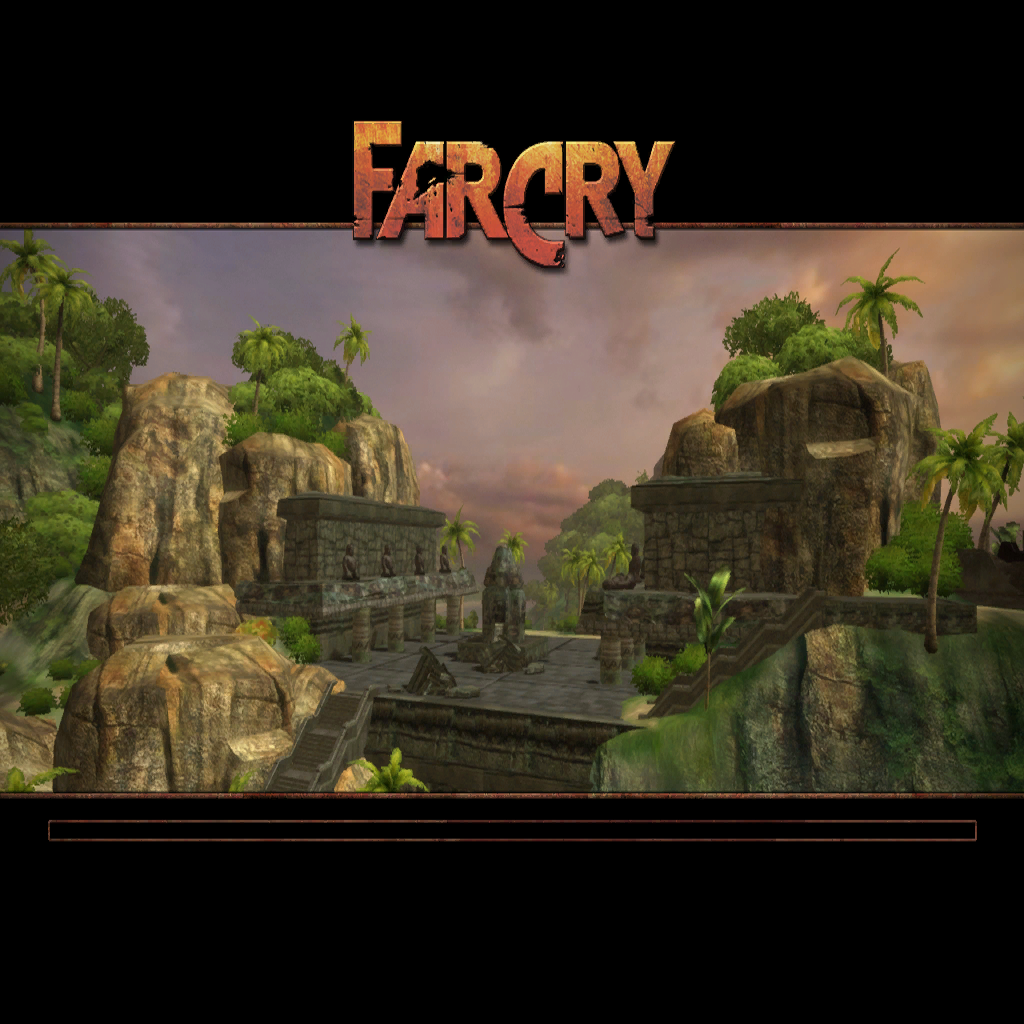 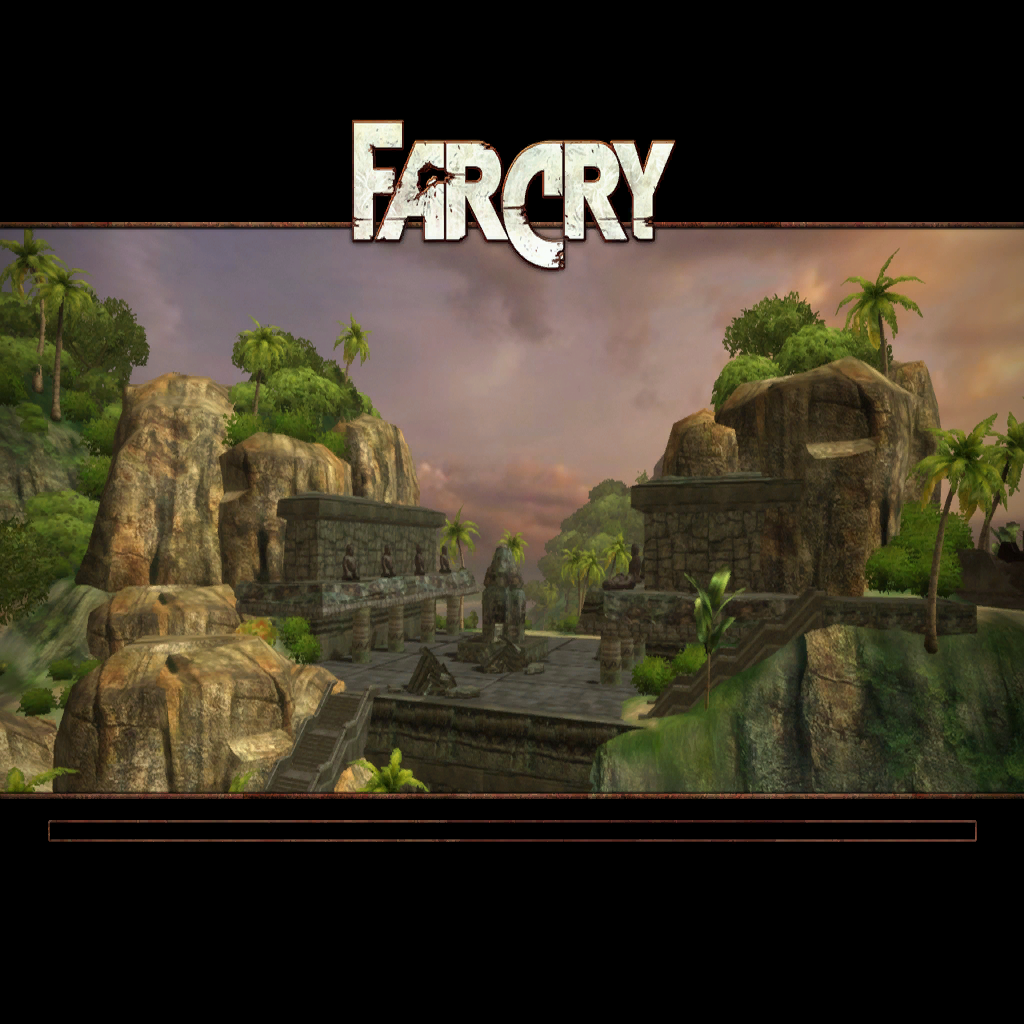 Demo (notice the build name in the top-right section and a lack of video backrground): 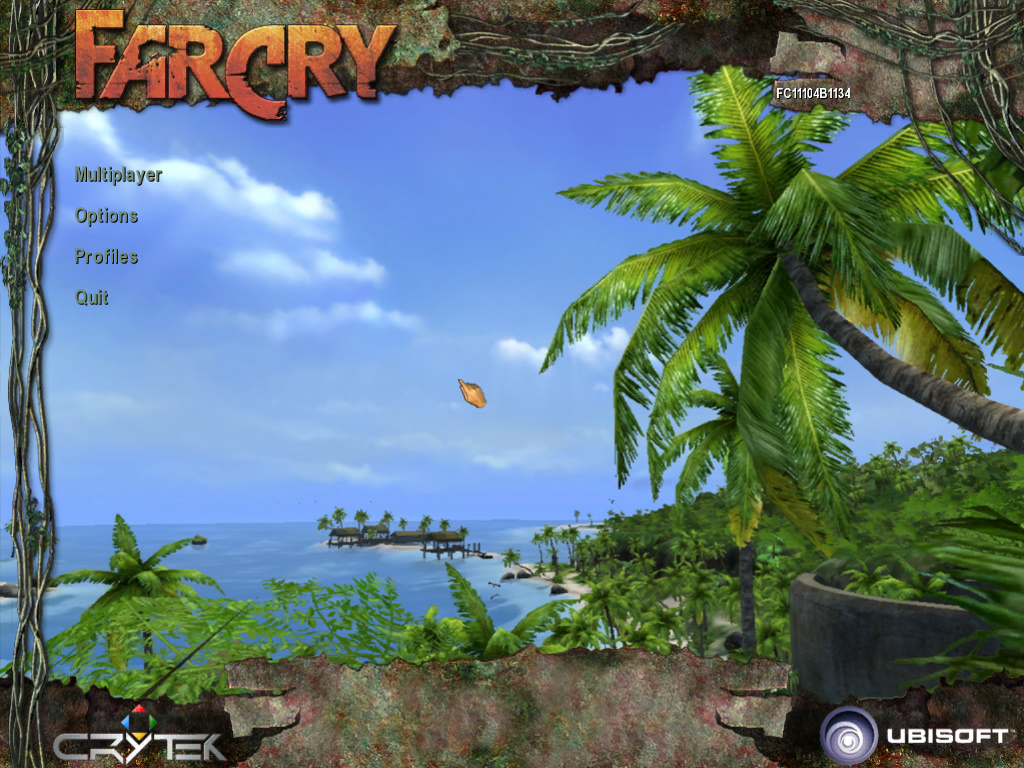 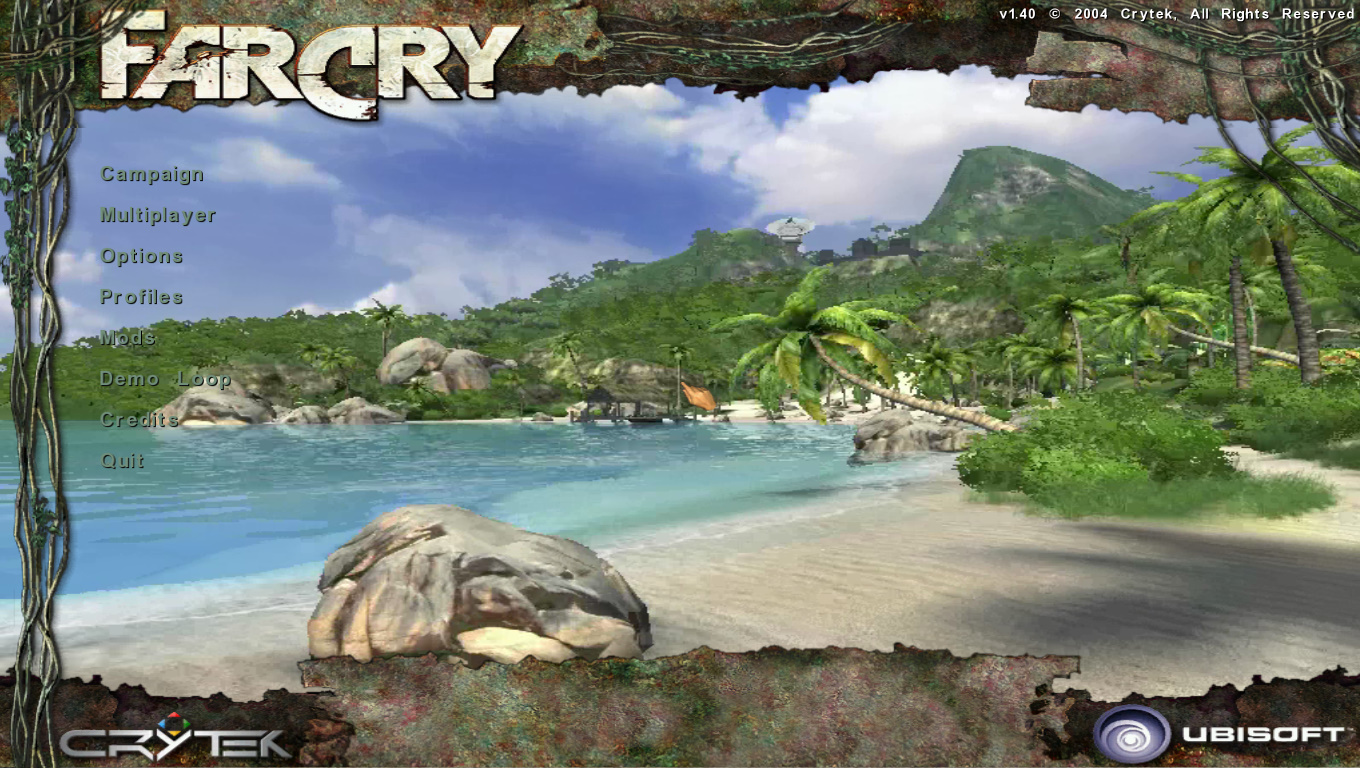 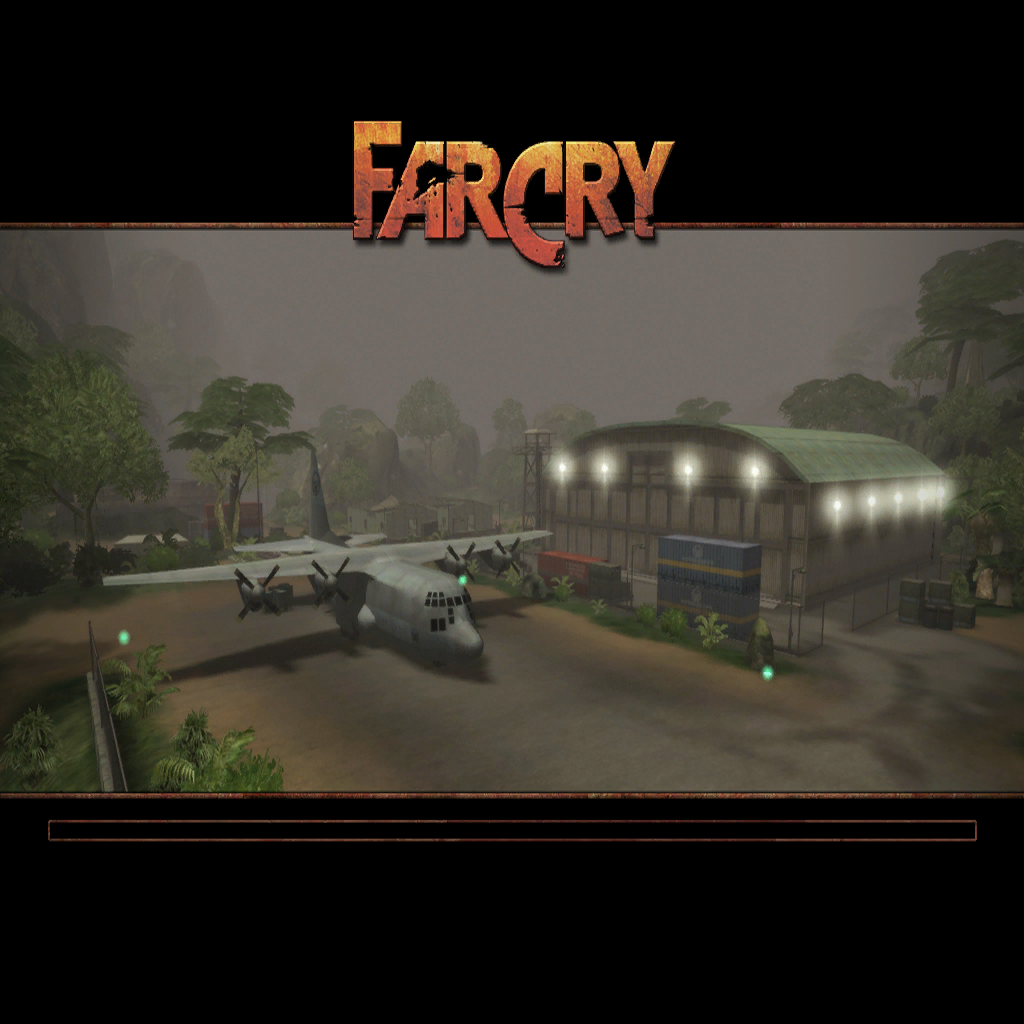 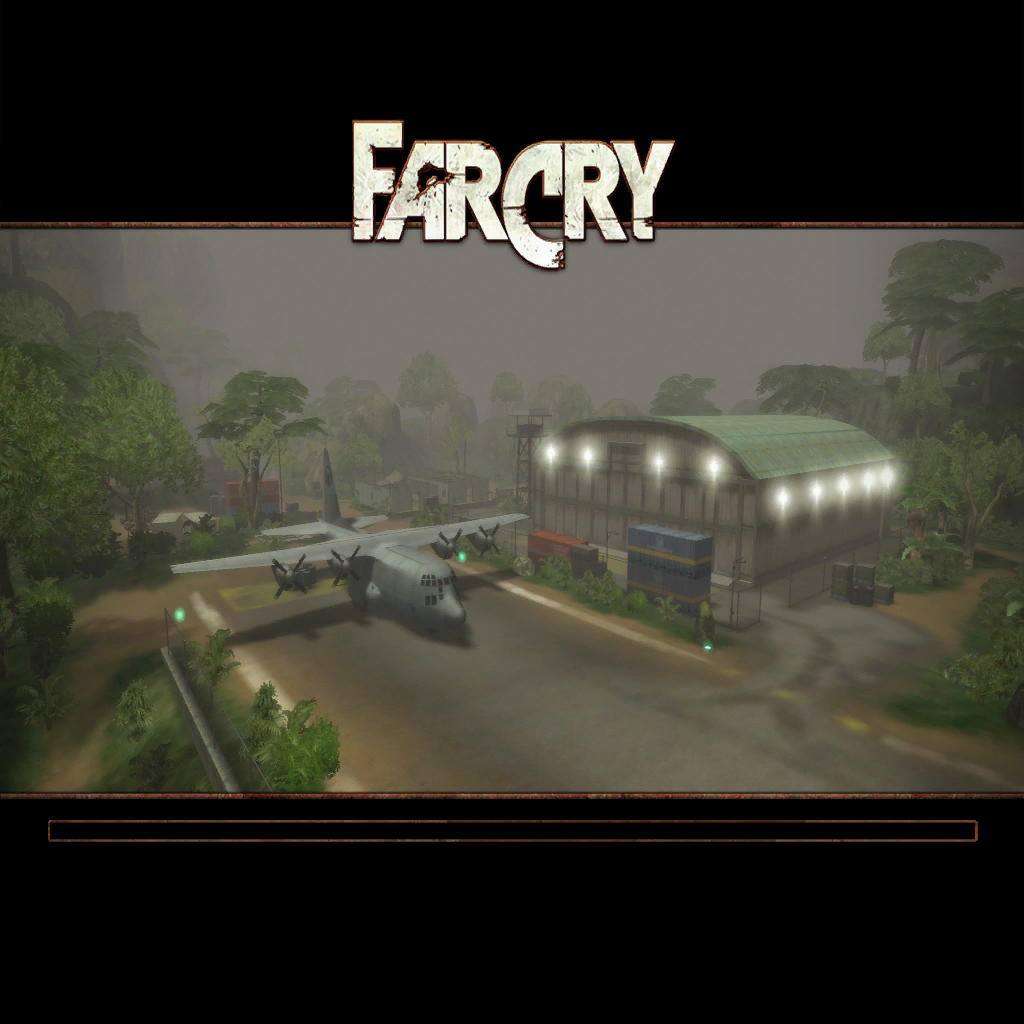 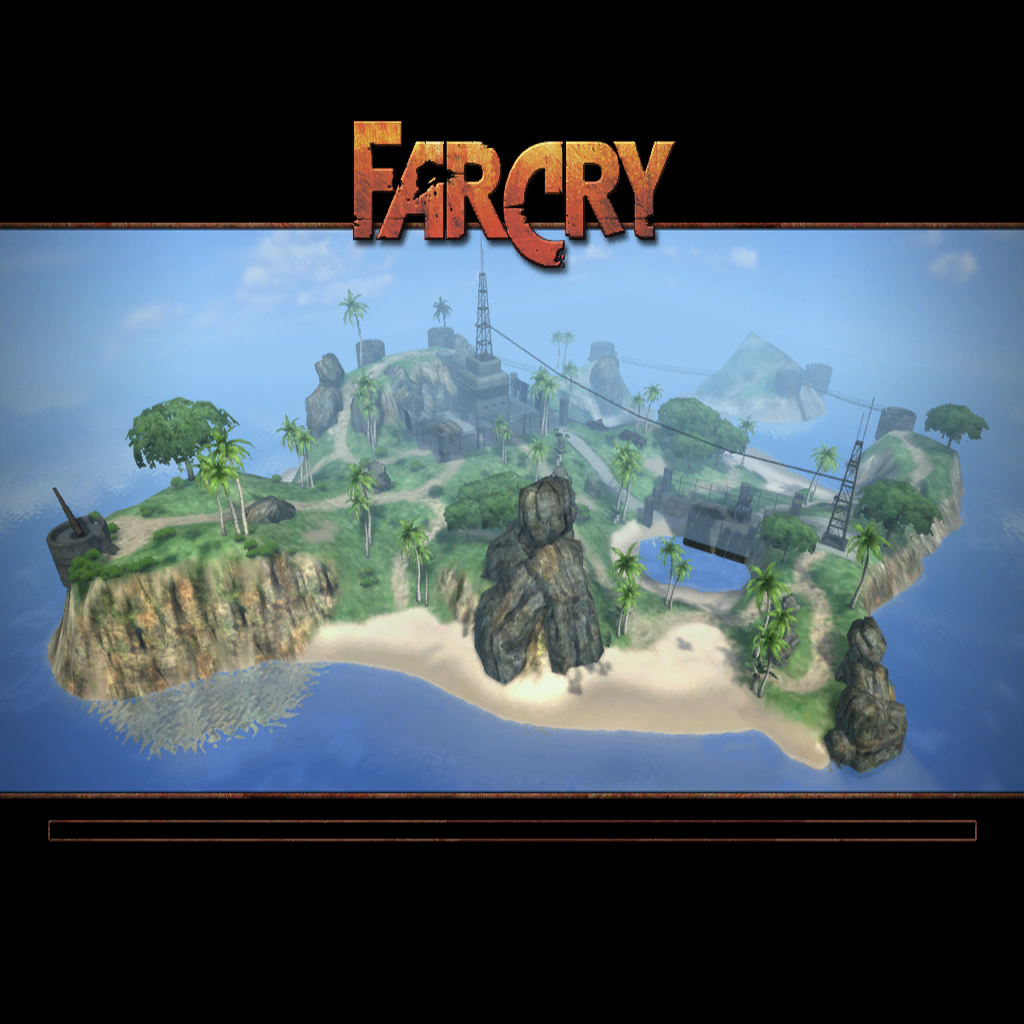 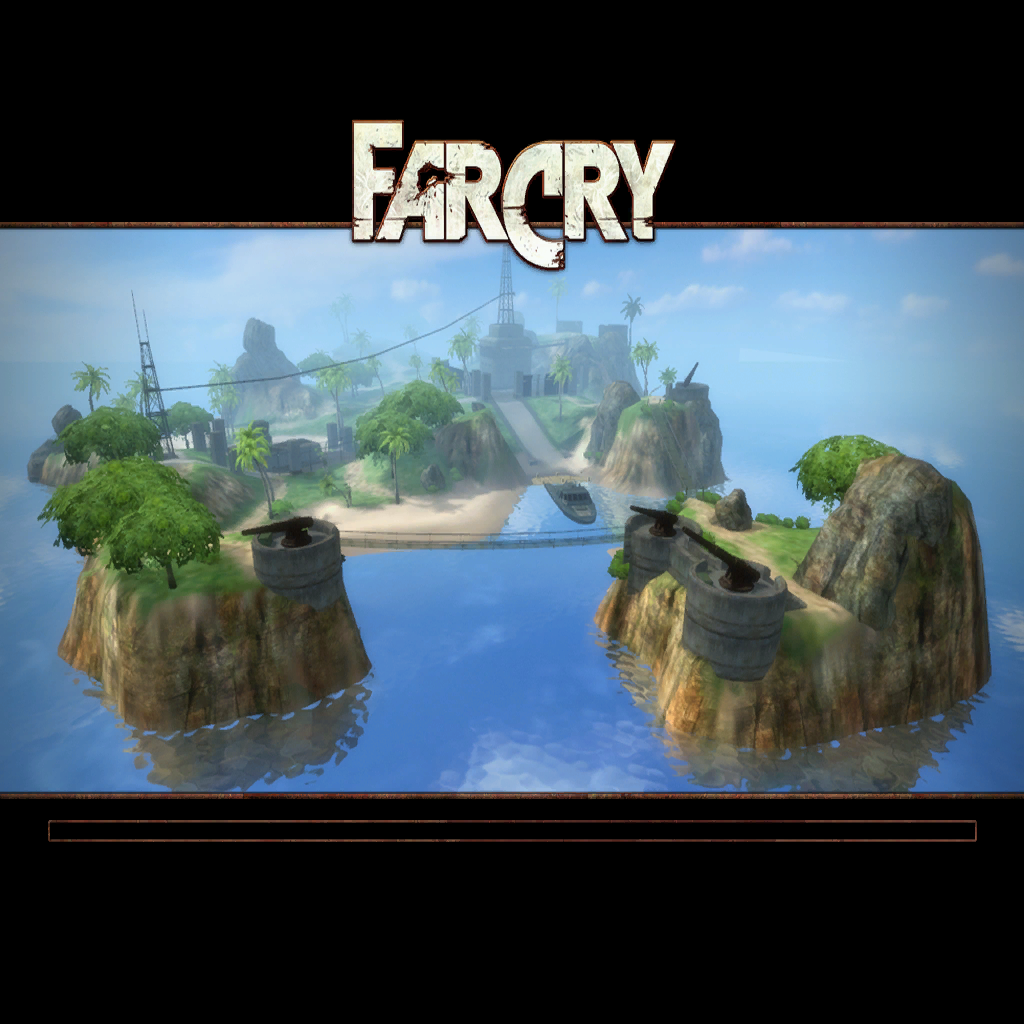 Some strange loading screen can also be found in the mp_radio’s folder. It dates back to 06.08.2003 and is a screenshot of an unidentified level: 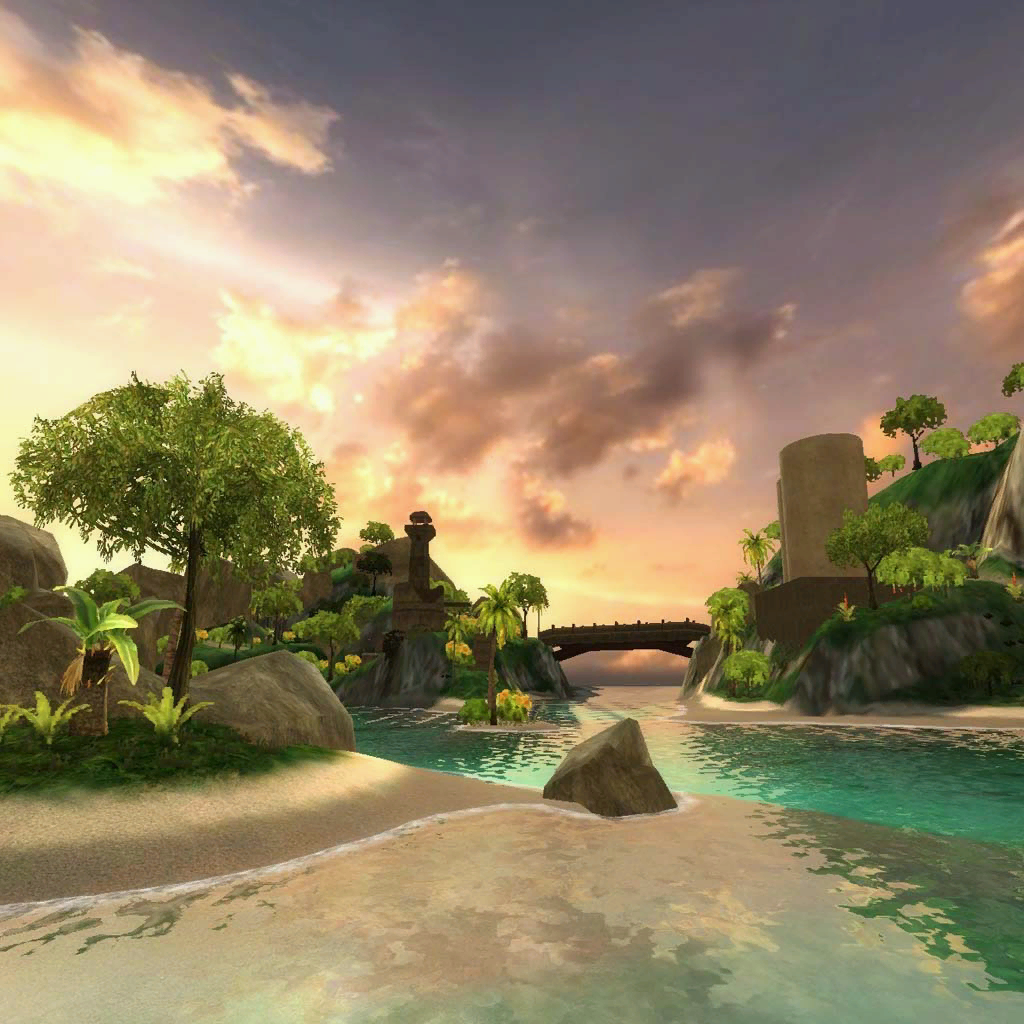 In the second demo, the loadscreens are identical to their final versions.

One of the cool things that the second demo does (and the first demo doesn’t) feature are checkpoint icons for the levels.

They are mostly the same, but at least one is different from the final version - the first checkpoint icon for Training: 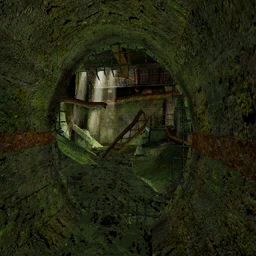 This is how it looks in the final game: 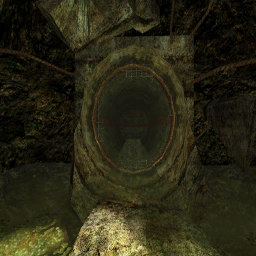 Just like the official SP Demo, the MP demos contain lots of scripts that are not seen in the final game. However, this time I will describe them in more detail.

“ --Describes an individual that commands a party of varied size (2-6 not counting him).

-- Upon danger, he sends a portion of the party ahead to check out the area, while he falls back with the rest.

--Upon player seen, he commands his subordinates to take cover between himself and the threat (Getting into

--with attack target commands. The group converges to the threat to ultimately destroy it.

--If alive when group number falls down to 50% of initial number, he radios for reinforcements and joins the

--attack on the threat. If left alone, he will try to secretly sneak out of the danger area and retreat towards

”Some of these behaviours were intended to be used in an E3 presentation, which can be seen in the “E3Behaviours.ai” file:

As you can probably tell, these names belong to the developers (Max Aristov, for example, whom I told you about). This means that these old AI sound packs were made by the devs themselves and the time blocks were the recording schedule.

Below this chart are the lines the devs were probably supposed to voice. For example:

To the right there is also a note from the developers about a bug:

“The biggest problem with the team leader is that he issues an order every second, this is completely unrealistic. It feels as though the grunts are children that are never given any time to carry out their orders. This means that the only way to get the team leader to 'shut up' is to lower the probability – resulting in seeing him wave his arms every second but hearing nothing. Looks disjointed.”

Quite an insight into the development process of the game.

Also. "Scripts/GUI/HudCommon.lua" features vestiges of an old HUD version (the circular health/armor bar one), just like the official SP Demo.

As the demos are pretty new, the HUD is mostly the same as the final one. 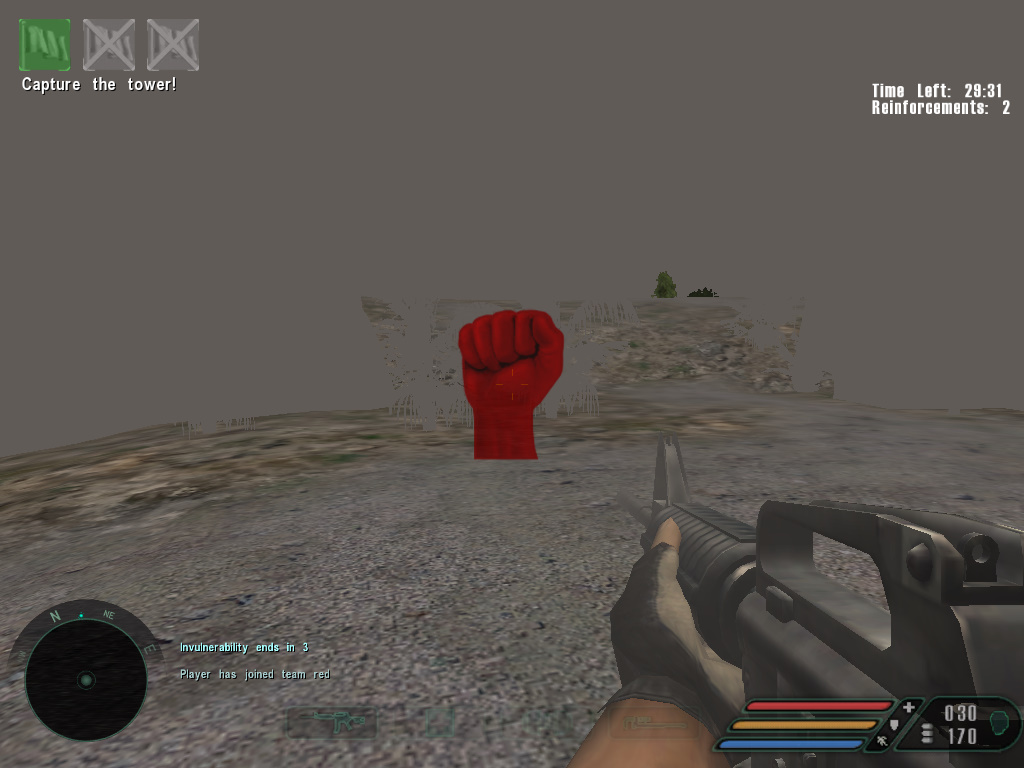 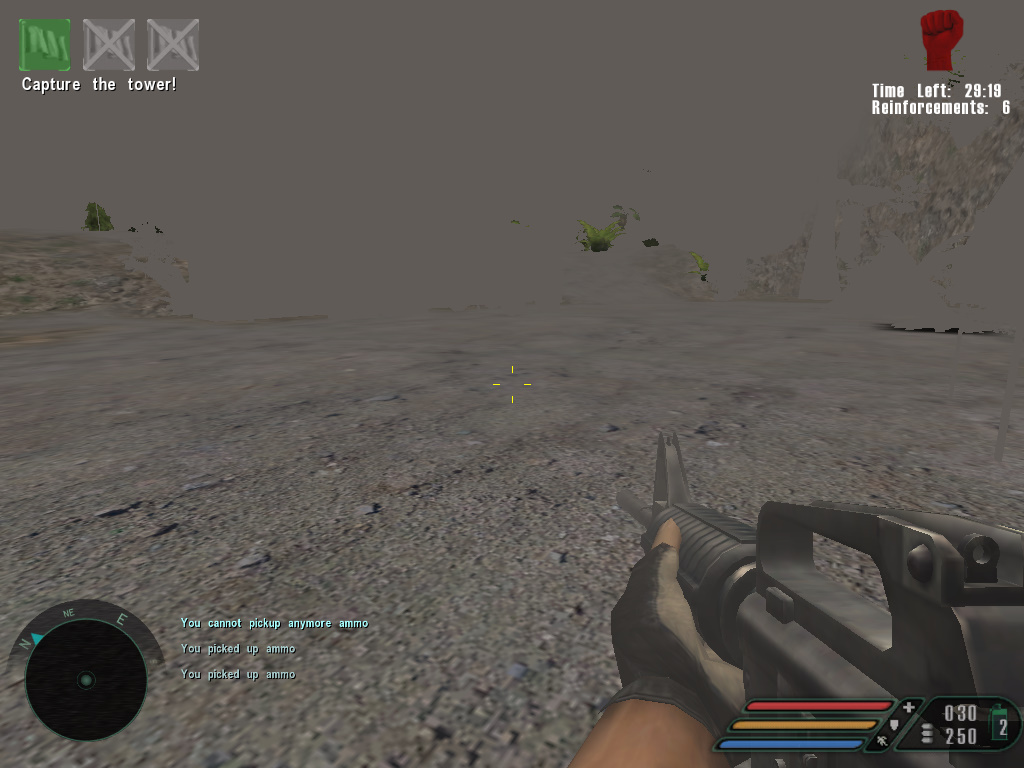 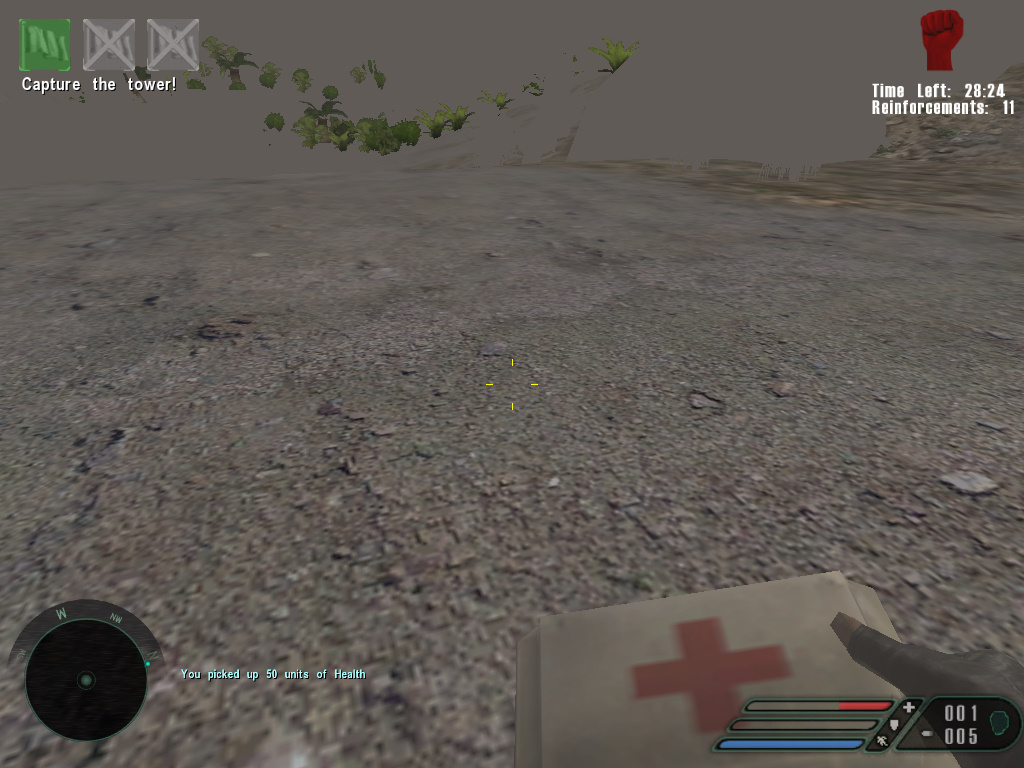 (Like the official SP demo, MP Demo has a nasty bug that I could not fix by changing the renderer - the game refuses to start after I change it)

The opening videos (Ubisoft, Crytek, etc) were different in both MP demos.

The Crytek one was not a simple placeholder, it look different to the final version and featured a voice saying “Crytek”, like the one in the beginning of this old tech video:

The Ubisoft one was just like the final version

The Crytek one was like the first demo's, but didn't feature a voice

Both demos lacked the Sandbox video

Also, in the first demo dll files and executables were in the FC's root folder, not in "Bin32"

So, that's what we managed to notice.

But were these demos authentic and not a fake?

Taking all our observations into account, the demos don’t seem to be fake.

But in addition, I’d like to tell you about one of my finds – these webpages:

Turns out, someone has leaked them on 15.01.2004. Just like the date the first demo's installer was edited.

And there are links to two torrent files: for "Version 1" and "Version 2a"

Definitely seems that these are the demos we got our hands on. Besides, checking the webpages in web archive shows that they were up from 2007 at least:

UPDATE: If you change the bottom link's format to .htm, the earliest archived version will date back even to 07.07.2004 at least:

I have found this site several months ago (at the time of writing the article), but the links were not working anymore, so I decided that it would not be worth mentioning.

The link to the leaked demos:

Now you can explore them yourselves. If you find something else that is interesting – feel free to tell us about it.

If even a recent leaked demo has quite a lot of content, then an older demo or even a full build of the game would be a treasure trove. If you are reading this and happen to own them – please send them to us, like the guy who sent the demos. Your help will be much appreciated.

And sorry for being a beggar.

Interesting info, keep this up :)

Another informative article, thanks!

Nice work, I don't even remember there was a leak. To bad it's not the complete SP.

Any info about this leak was quite hard to find, just like the rest of the info about the development of the game.

Pretty sad it isn't as talked about as the info about HL2 or S.T.AL.K.E.R. betas. FC's cut content is pretty cool too

very nice to read, thank you for this great article ! and the videos !