In this article we'd love to share our take on an Evidence Board (or as it's sometimes called a "Crazy Wall"). It's usually a collage of pictures, information, and notes with visible connections between them - commonly seen in crime TV shows and movies.

In this demonstration we'll focus on the Physical Evidence Board and the physical items and objects the player will find during an investigation.

In this video, I look around an area of a home gym where a dumbbell can be found next to a bench. 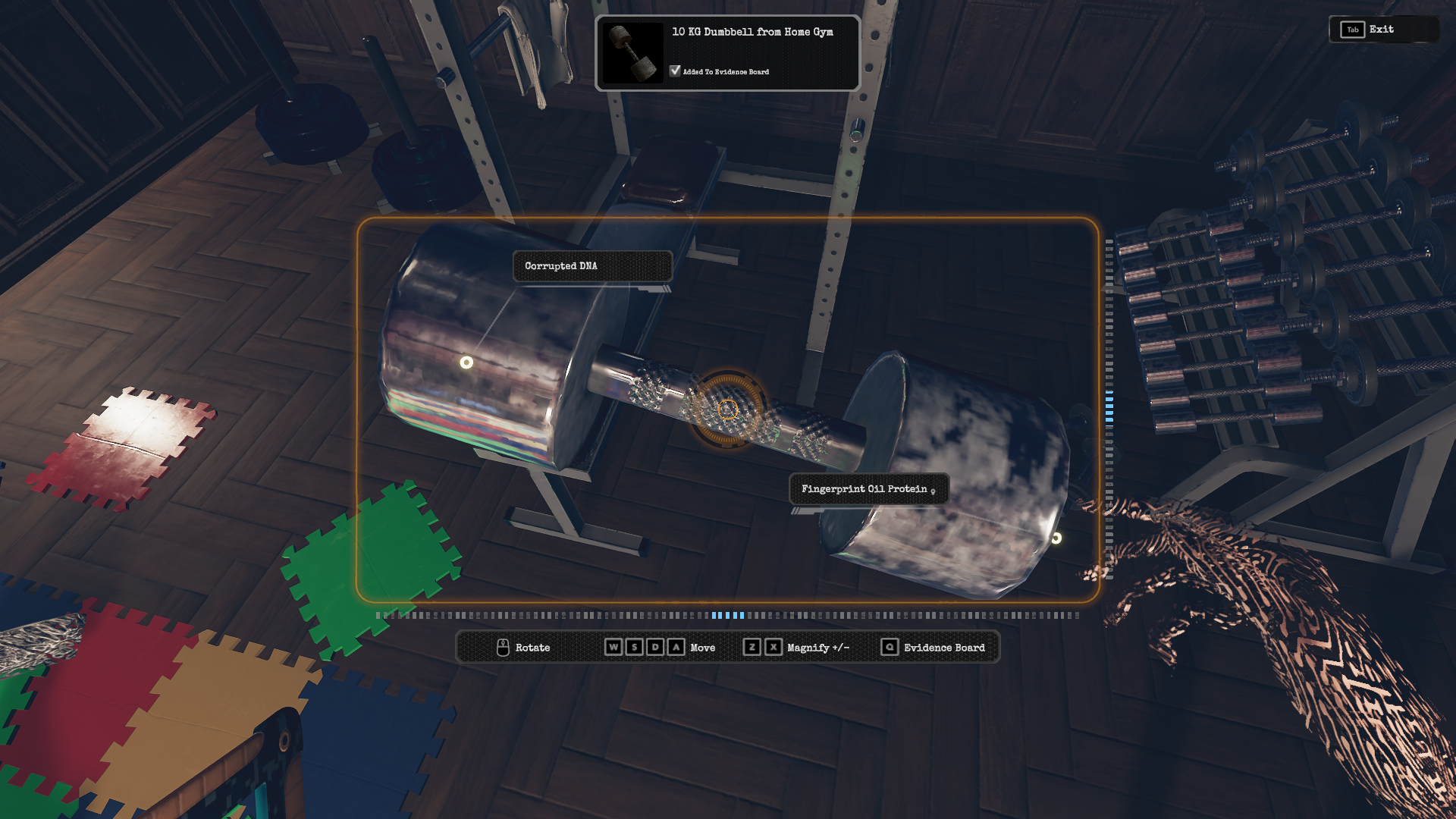 I inspect the dumbbell and discover traces of evidence in the form of Corrupted DNA and Fingerprint Oil Proteins. Who's is it? What does it mean?

Next I open up the Physical Evidence Board where a grid of objects that I've found during my investigation can be seen. Here's an example where 13 items have been inspected: 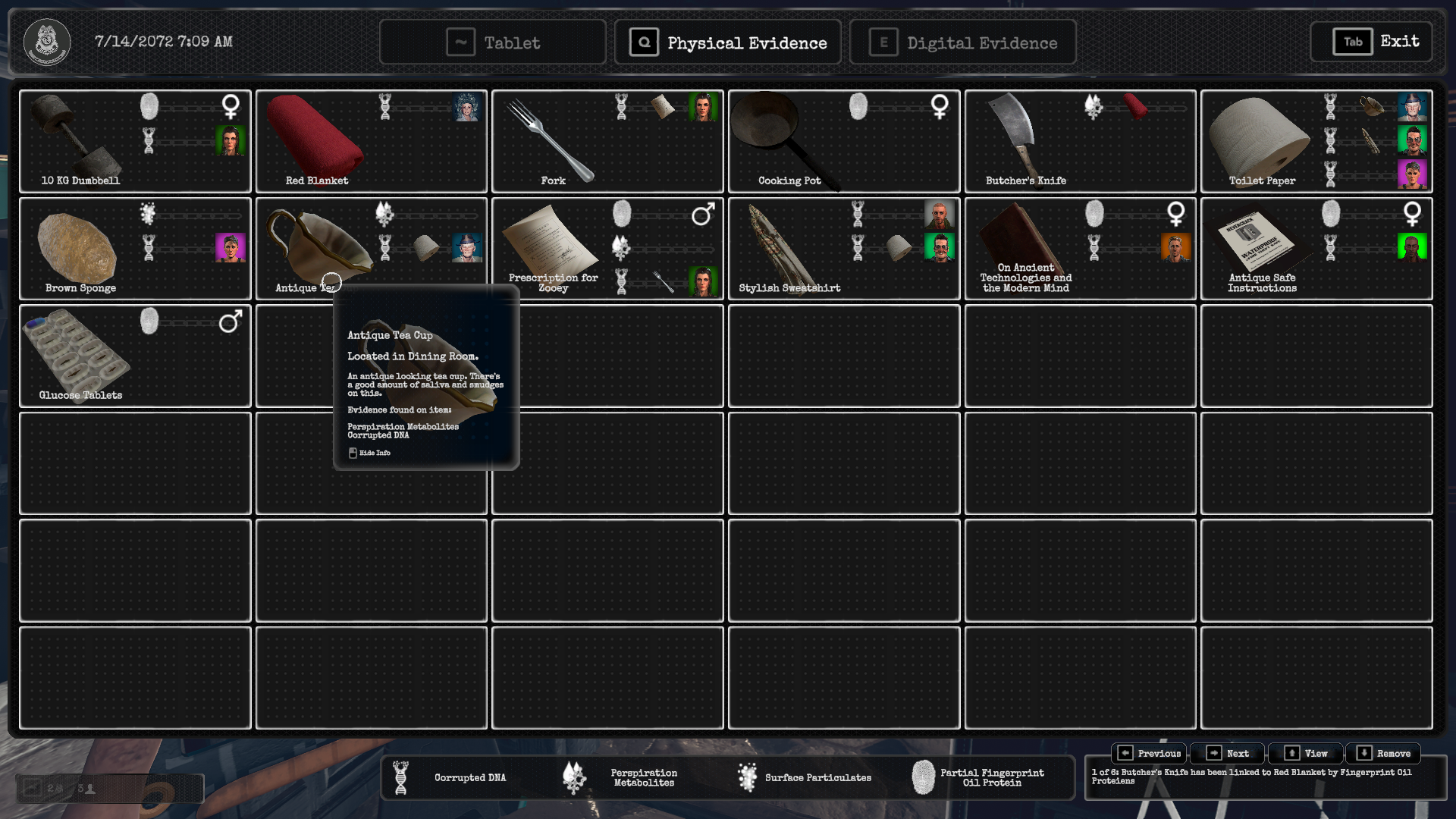 Notice that each item not only has more information about it but it also has several icons associated with it. Each of those icons have a meaning and can be filtered simply by hovering over them: 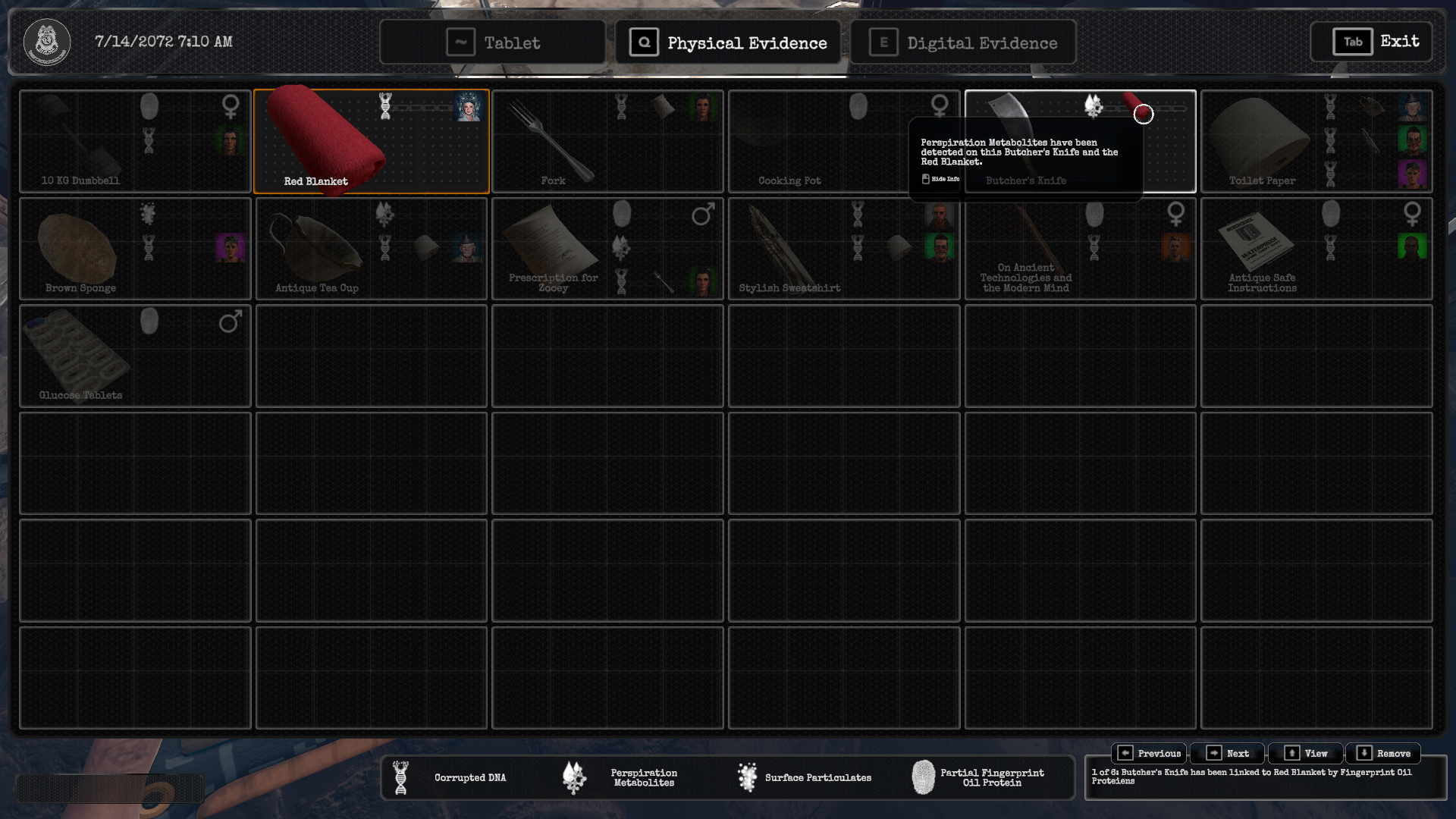 It's a fast and contextual way of filtering evidence by type and associations. Hopefully this will help the player discover more clues and leads as to where to go next in the case.

One very important note that I discuss in the video is that the intention of the Evidence Board is to not only to help you come to your own conclusions, but also to help you ask more questions. An example is if you've found chemicals on the floor in a certain room that normally wouldn't be there - how did that come to be? Why? Who did it? And more.

We really wanted to not give the case away directly in the evidence. We want the player to come to their own conclusions and see if what they suspect is actually true. Or even partially true. There is no one outcome to this case and we can't wait to see how you solve it.