After a long pause, we decided to finally tell you about the Empire’s spellbook. In the Spellbook of Cyrodiil, as we said before, there was almost no place for magic as such: on the one hand, it relies on various buffs for the player and allies and debuffs for opponents, and on the other, it relies also on the summons of ancient imperial heroes. 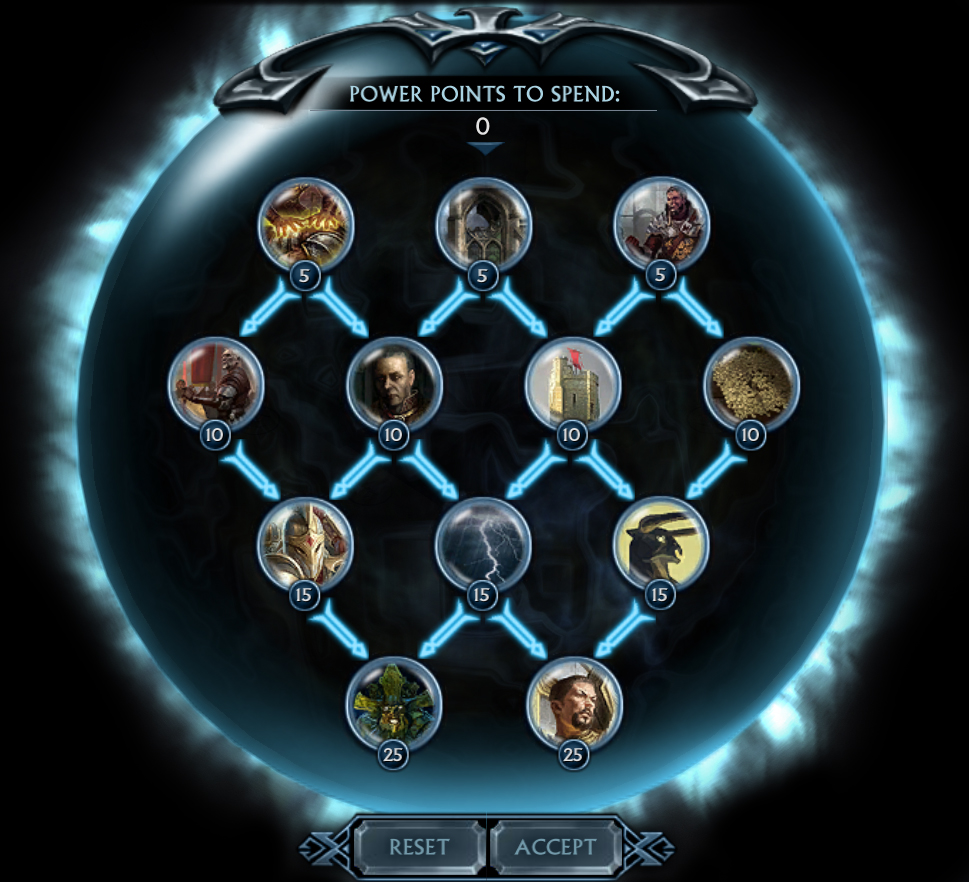 Healing Hands
Perhaps the Imperial Legion prefers the School of Destruction to other magical practices, but its battle mages always have a supply of healing spells in their arsenal. “Healing Hands” is a simple but very effective spell that can save someone from certain death at the right time.

The Healing Hands ability fully restores the health bar of units in the selected radius, and also returns one fallen soldier to the ranks. 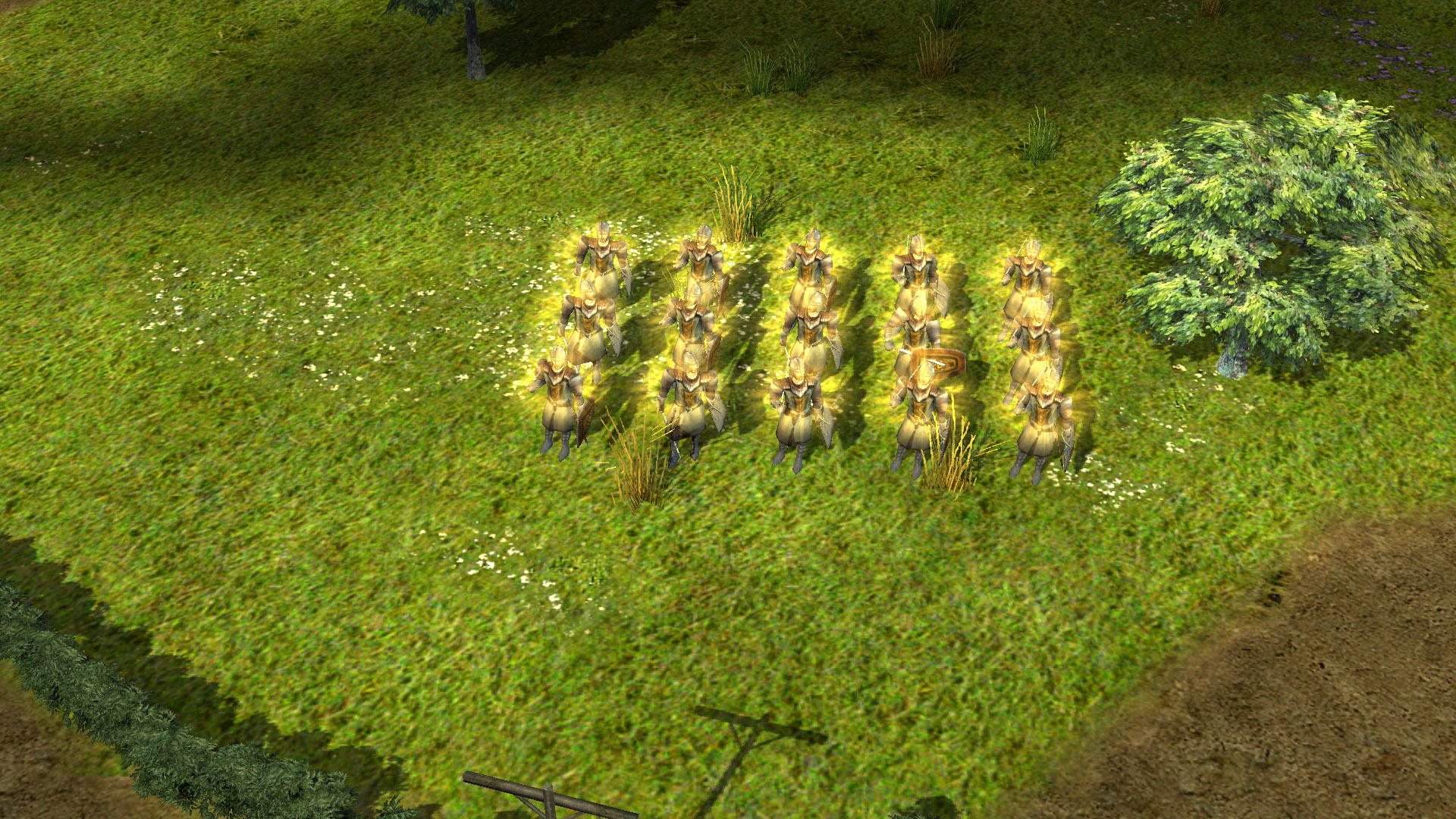 We changed healing FX for all healing spells, so it can look more TES-style

Rebuild
The Imperials are unsurpassed masters of architecture, building unassailable fortresses and majestic cities. Imperial craftsmen, not without the help of legionnaires, are able to restore even the most hopeless-looking structures from the ruins in the shortest possible time.

The Rebuild ability fully restores the health of the selected building.

The ability "Legions Assemble" gives a standard boost for units in the selected radius - + 50% Armor and Damage.

Draft
The Empire is one of the few states in Tamriel that has a regular conscript army. If the crown suddenly needs a new legion to protect its interests, it just needs to give an order and in the shortest possible time hundreds of trained recruits will join the ranks of legionnaires.

Mysterious Nobleman
Janus Hassildor is a respected magician and count of Skingrad, but an extremely unsociable person. Rumor has it that he is a powerful vampire. Be that as it may, Hassildor is zealous in protecting his dominions and subjects from any enemies. With his magical talent and hidden abilities, he is able to destroy and horrify numerous ranks of the enemy. The count has a particular dislike for the vampires and necromancers who succumbed to animal instincts.

The Mysterious Nobleman ability summons Janus Hassildor to the battlefield. In addition to high melee damage, he can also restore health while damaging opponents and causing enemies to flee with one glance. 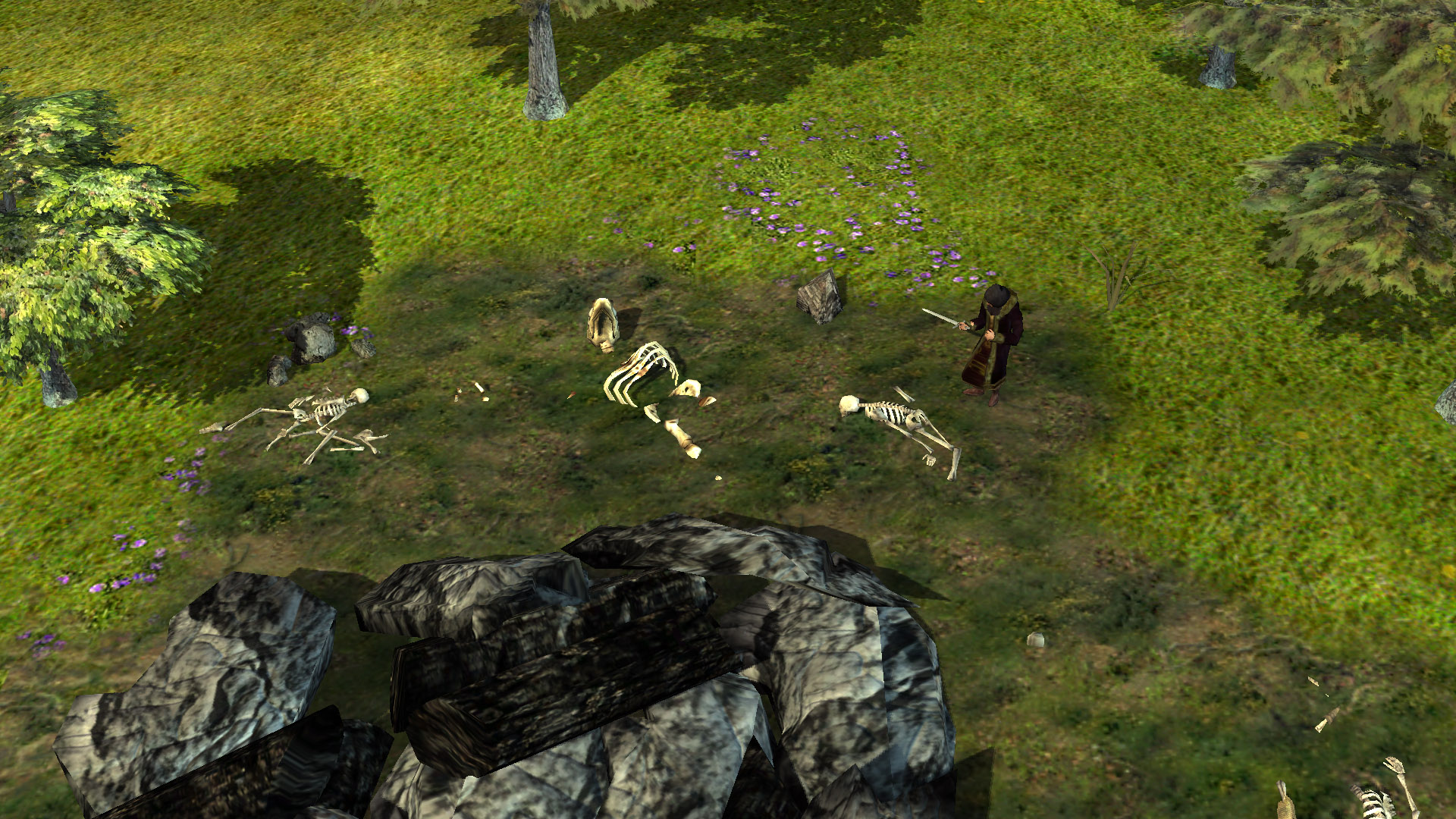 Janus Hassildor on his secret war against monsters in West Weald

Border Fortifications
The borders of Cyrodiil are dotted with a network of unassailable forts and other fortifications. The Legion's finest architects can quickly patch a gap in a province’s defenses by building guard posts in a flash where bare ground was. The legion soldiers stationed in these fortifications will be vigilant about the safety and security of the Empire's borders.

The Border Fortifications ability allows you to summon a barricade with four Legion Archers on its walls on the battlefield. 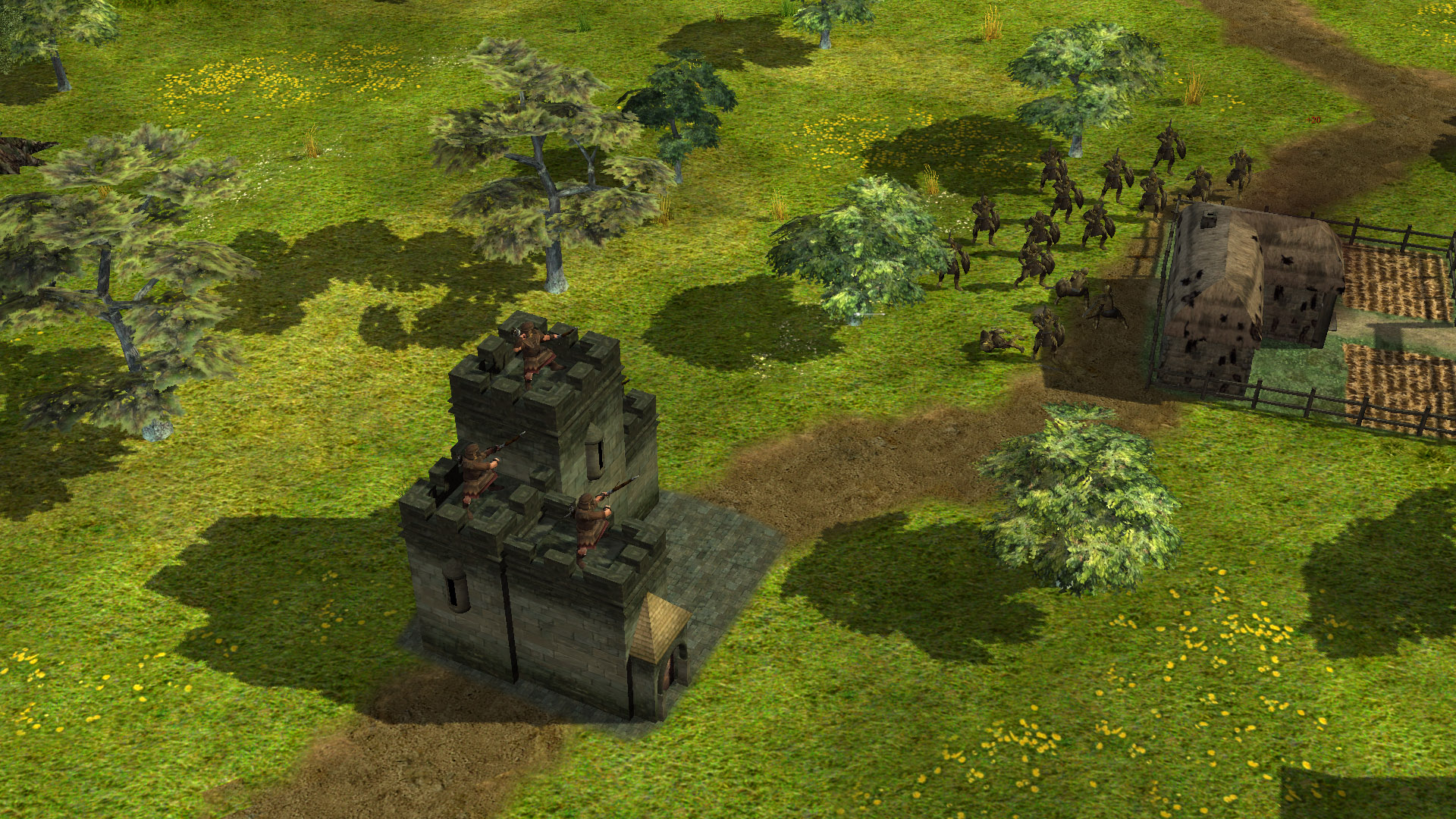 Imperial Taxes
The Empire brings benefits of the Cyrodiil civilization to the wild provinces, but this comes at a price, because in return, Cyrodiil requires the inhabitants of the provinces to pay taxes. The ill-wishers of the Empire know that offices and magistrates of the Cyrodiilians are weapons no less dangerous than the legion, and just as merciless to those who do not follow the established order.

The "Imperial Taxes" ability, when applied, halves the increase in resources of enemy buildings in selected radius.

Expedited Deliveries
The Legion is known for its discipline and high organization. While others use plunder and looting to provide their armies with everything they need, the legions of the Empire organize supply lines from the rear and are able to quickly deliver anything to the front, be it food or heavy armor for recruits.

Stormcrown
It is believed that when the security of the Empire is under threat, black clouds gather over its capital, like a formidable crown. It is assumed that this is how the gods remind sons of Cyrodiil of their duty to protect their homeland. In addition, rainy weather can also be a good help in battle: accustomed to any hardships, legionnaires can fight in rain or storm, which cannot be said about most of their opponents.

The Stormcrown ability summons torrential rain on the battlefield, which cancels the enemy's buffs and leadership bonuses.

Breath of Kyne
And then Perrif spoke to the Handmaiden again, eyes to the Heavens which had not known kindness since the beginning of elven rule, and she spoke as a mortal, whose kindle is beloved by the Gods for its strength-in-weakness, a humility that can burn with metaphor and yet break easily and always, always doomed to end in death (and this is why those who let their souls burn anyway are beloved of the Dragon and His Kin), and she said: "And this thing I have thought of, I have named it, and I call it freedom. Which I think is just another word for Shezarr Who Goes Missing...

You made the first rain at his sundering and that is what I ask now for our alien masters... that we might sunder them fully and repay their cruelty by dispersing them to drown in the Topal. Morihaus, your son, mighty and snorting, gore-horned, winged, when next he flies down, let him bring us anger."

Morihaus was a formidable warrior, the son of the goddess Kynareth and the husband of Saint Alessias. A formidable warrior with a bull's head, white wings and an enormous poleaxe, he led the Alessian armies into battle in their righteous war against the Ayleid oppressors. Associated with the name of Morihaus is such a powerful artifact as the Lord's Mail. It was created by Kyne specifically for the great heroes. A spell was cast on the Mail to heal the wounds of the wearer.

The Breath of Kyne ability allows you to summon Morihaus and two squads of Alessian soldiers in bronze armor to the battlefield. The Alessians are as powerful as the Imperial Legionnaires, and Morihaus can go into battle rage, increasing his Damage and leap into the crowd of opponents, scattering them in different directions. 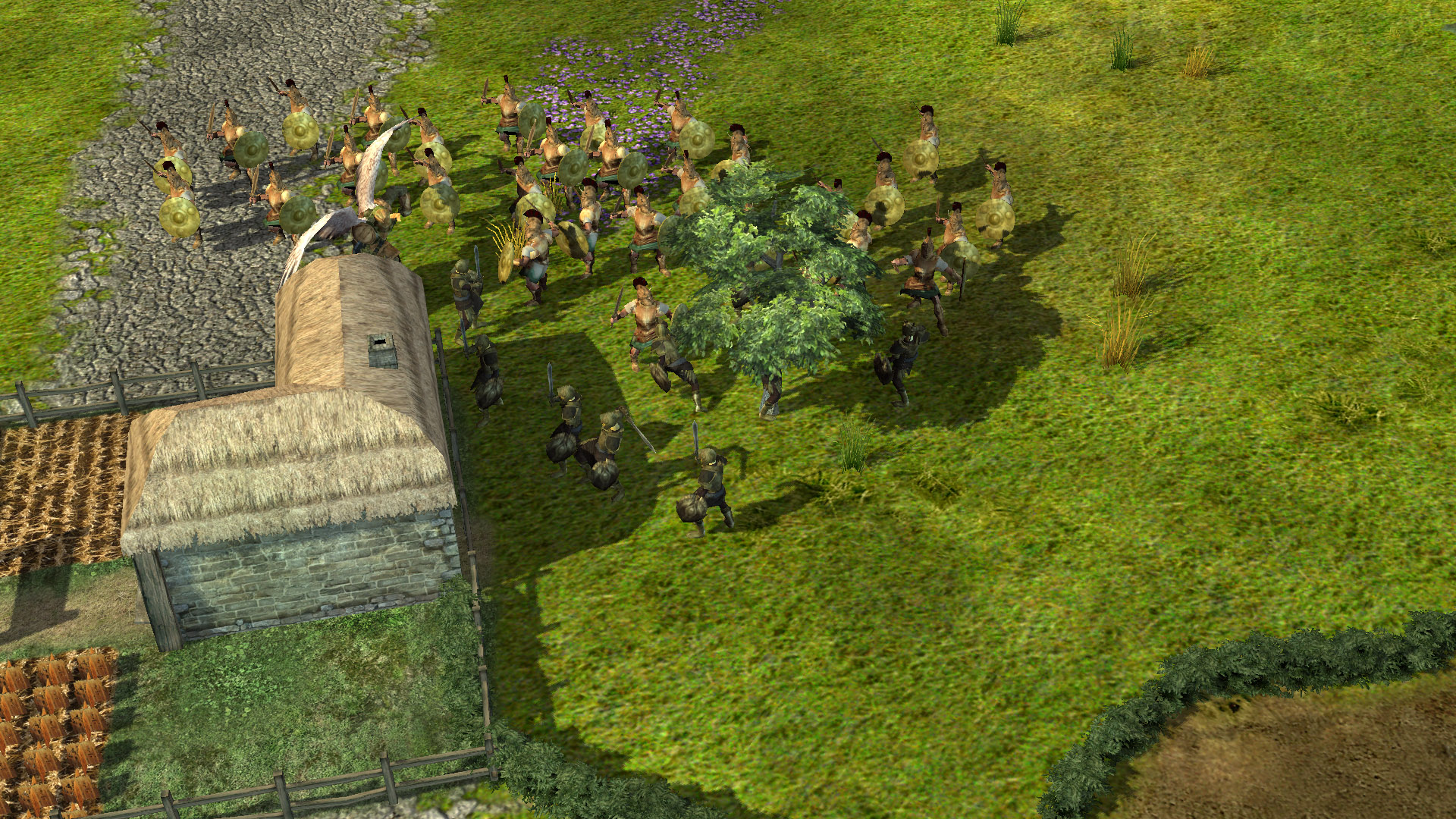 Numidium
Numidium is a huge brass golem created by the Dwemer to mock the gods of the Chimer folk. After the defeat of the Deep Ones in War of the First Council, Numidium was imprisoned in the bowels of Red Mountain by the gods of Tribunal, and when Morrowind was captured by Tiber Septim, the poet-god Vivec used Numidium as a bargaining chip in negotiations with the emperor and transferred it to the Empire in exchange for wide autonomy for his land.

Tiber Septim completed construction of the Brass God and later used it to capture the Summerset Isles. The giant titan managed to do in one hour what no one had been able to do before, and the Altmer bowed to the rule of the Empire. For several centuries, Numidium was forgotten and only reappeared in the course of events known as the Warp in the West. As they say, then in the Iliac Bay six Numidiums were seen at once. 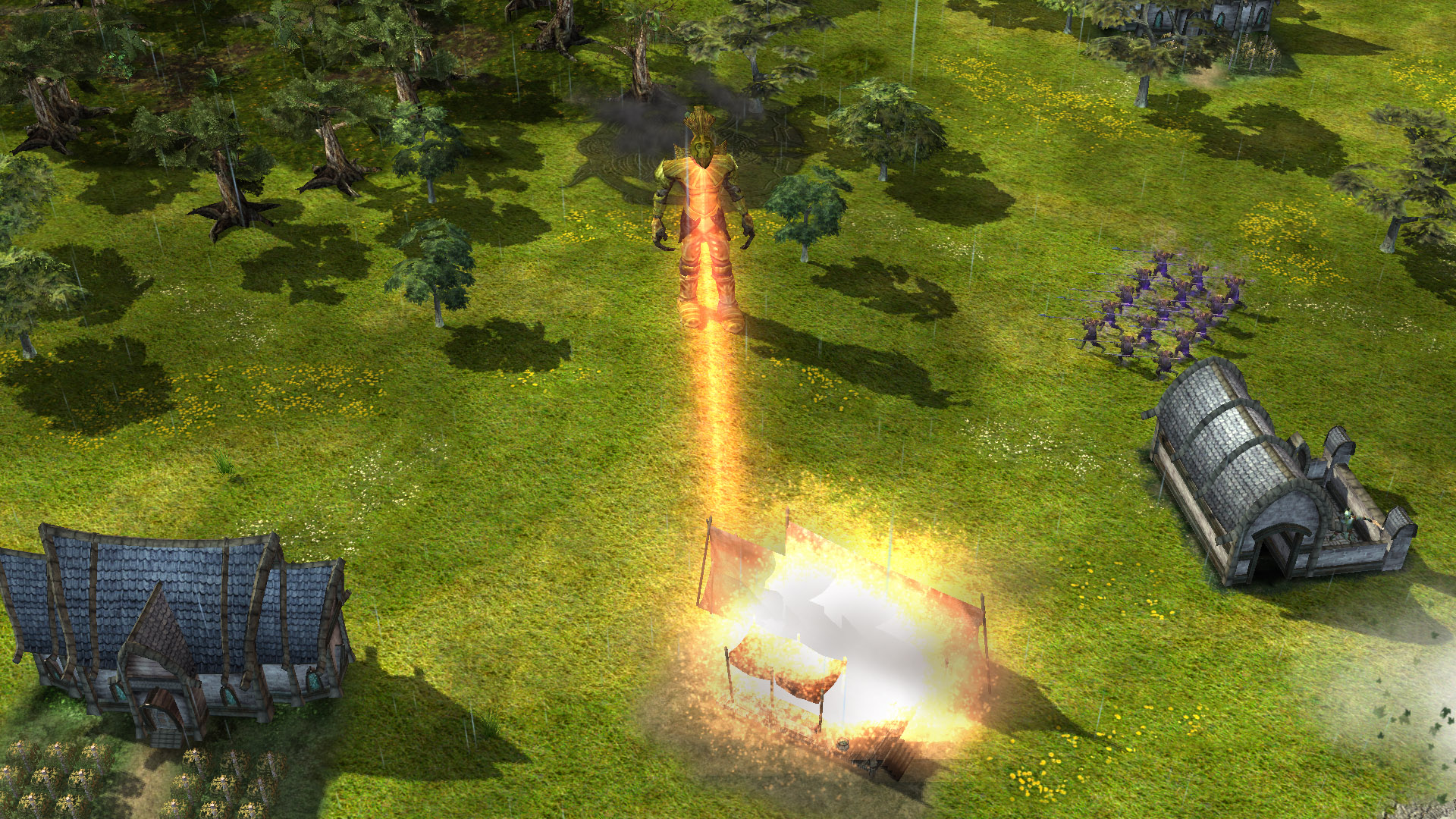 Numidium can destroy some buildings with simple gaze

The "Numidium" ability allows you to summon this formidable brass titan on the battlefield for a while. The Brass God is extremely difficult to kill, it deals serious damage to buildings and crushes enemy units in its path. Numidium's abilities include:
- Rage of Underking: Numidium temporarily gains + 25% armor and damage
- Dragon Break: Numidium teleports to the selected location. If enemy units were present at the place of his teleportation, they will be frozen for a while and will receive lingering magical damage
- Lorkhan's Gaze: A red energy beam emanates from the eyes of Numidium, dealing massive damage to units and buildings. In addition, a structure damaged by Lorkhan's Gaze cannot temporarily produce units or resources.

New Era
Tiber Septim was the greatest emperor in Tamriel's history and is revered as a god in Cyrodiil. Born as Hjalti in the town of Alcaire in the middle of High Rock, he went from being an apprentice of the Greybeards to a talented military leader, and later - the founder of the Third Empire. Tiber Septim has united the entire continent under his banner with the power of imperial legions, cunning, diplomacy and divine artifacts. Before him knelt the freedom-loving Nords and Redguards, suspicious Dunmer, highborn Altmer and even those who imagined themselves to be gods.

The "New Era'' ability allows you to summon Tiber Septim and two squads of Blades to the battlefield. All allied units that are next to them at the time of the summon receive + 50% armor and damage for a while. The Blades are temporary, but Tiber Septim himself remains on the battlefield until he is killed. In the case of repeated use of the ability, if Tiber is still alive, only the Blades will be summoned. 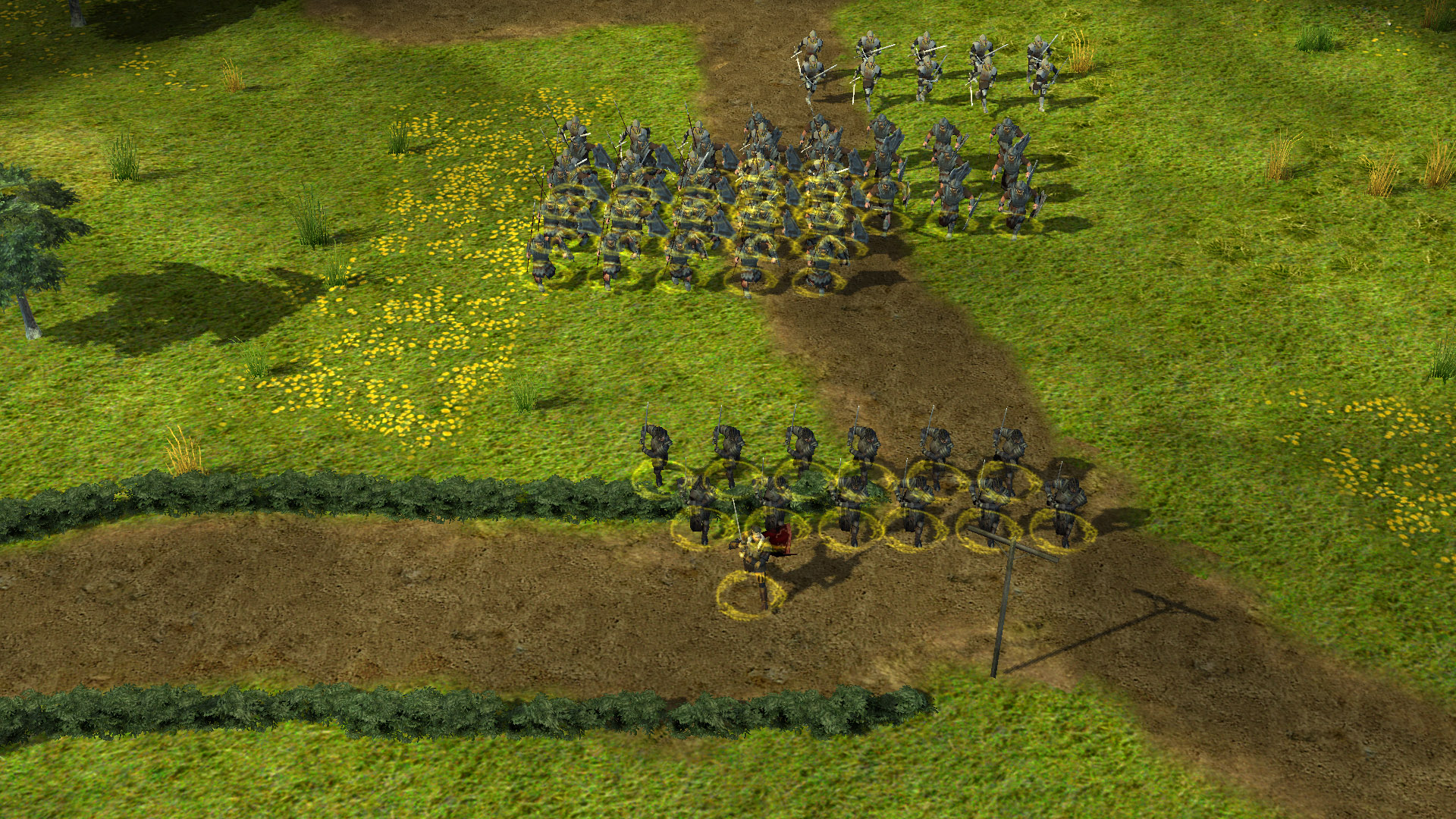 Tiber Septim leads his legions on the war

Tiber Septim has following set of abilities:
- Emperor (allied units ner Tiber get + 30% armor and damage, and earn experience faster. Passive ability)
- Steady Hand (Tiber delivers a powerful blow that knocks back opponents standing next to him)
- Boots of the Apostle (Tiber temporarily becomes invulnerable and can crush opponents)
- Disgrace (Tiber cooldowns the abilities of enemy heroes in the selected radius)