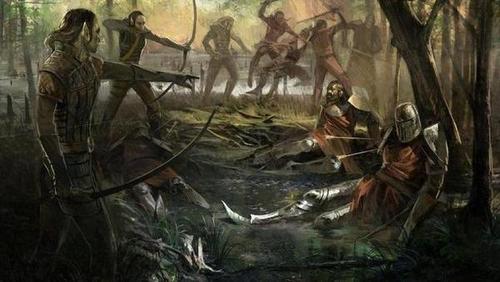 The elves, one of the three elder races, referred to as Aen Seidhe in the elven tongue, arrived on the continent well before any human. The elves are known for their keen perception and deep connections with the great forests that once covered the continent. The arrival of humans resulted in the destruction and felling of large swaths of forest for the collection of resources. They now reside in the deep temperate rain forests that remain, protecting them to the last. In the face of human ruination and persecution they staunchly resist. Many elves sought salvation elsewhere as they were driven to the Baron mountain ranges to the east. Dol Blathanna is amongst the last of their sovereignties. They cling to the verdant valley of flowers as a mother would its child. Elves are renowned for their archery as no race can match their proficiency with the bow, making them deadly opponents in a skirmish.
Post a comment
Sign in or join with: