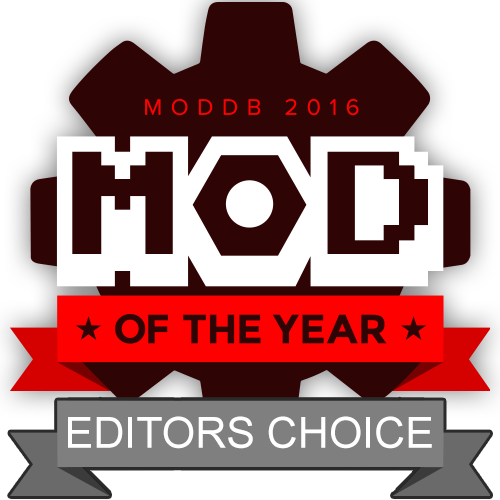 Welcome to the 2016 Award Presentation, please join us as we acknowledge some of our personal favourites (also Indies & Apps) that we feel deserve recognition for their hard work, time and commitment to their art. 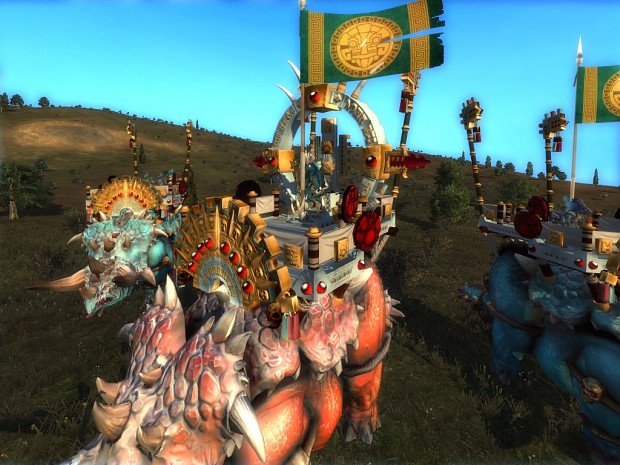 Play Half-Life with friends! Players fight computer-controlled monsters through the original Half-Life storyline or hundreds of available co-operative scenarios. Also includes a plethora of new weapons, enemies, visuals and gameplay systems. Customization features allow each map to use its own unique weapons and enemies.

Nuclear Cataclysm takes you into the year 2020, where the world is endangered by a new kind of weapon in North Korean hands. As part of the well-known Raptor-Team, your task is to make your way through a beautiful tropical island and eliminate the threat.

Coming your way is a fully playable demo for the upcoming Star Trek Infinities, customised specifically to give you an authentic feel for how the finished product will eventually play. Take command of one of two complete factions over three eras of Star Trek history and compete for dominance over the Cardassian border regions. Get a taste of the Infinities experience - explore strange new worlds, seek out new life, encounter the unknown, make scientific breakthroughs, spread your ideals and defend your people. And do it all this year! 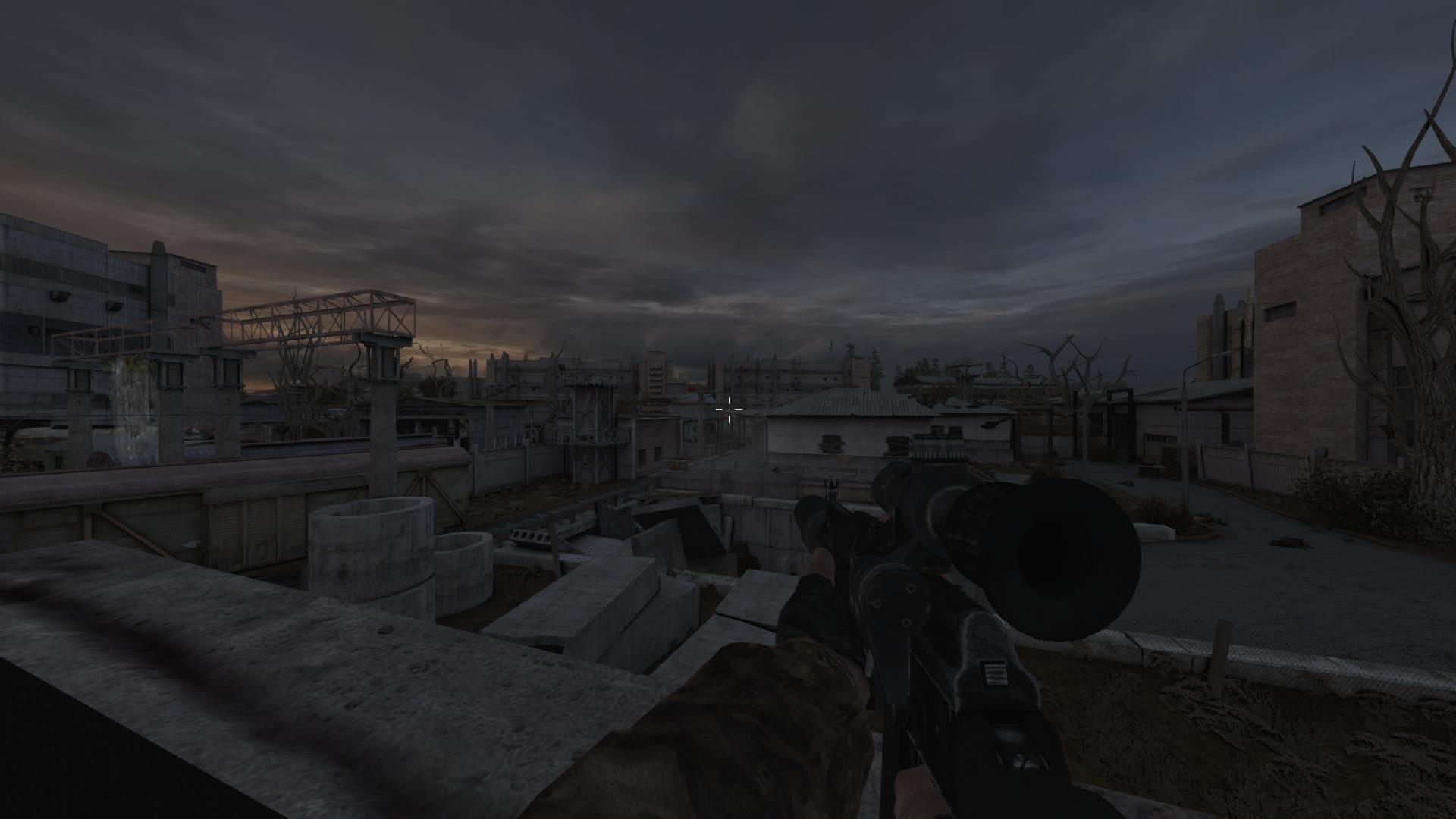 Global mod for STALKER SHoC, intended to recreate a highly atmospheric Zone with highest possible quality, stability of the game, rich gameplay and loyalty to the canons of the Sci-Fi genre.

Experience Aliens: Colonial Marines how it should have been when it first released. This mod includes fixes to AI, textures, balancing and more.

The second Sino-Japanese war is a part of WWII, but for quite a long time, the fiercest Asian battlefield was forgotten…… Because of the war and widespread disease and famine, China suffered 35 million casualties, 20 million of which died. The war in East Front lasted for 4 years in Europe, 6 years in China, 8 years since Marco Polo Bridge Incident and the war fully broke out in Mid-1937, but in fact, Chinese never gave up resistance for 14 years

Ascendancy is a Star Wars mod set after the Battle of Endor in the Star Wars Galaxy. Fight for galactic ascendancy as multiple factions from this period in Star Wars history.

While the Moff Council and the New Republic have begun their bids for control of the galaxy, in the Outer Rim and beyond, more contenders await their chance to strike. Can the Empire of the Hand unite the galaxy against the impending external threats, or will the Pentastar Alignment find the opportune moment to strike and establish a new form of Imperial galactic leadership? 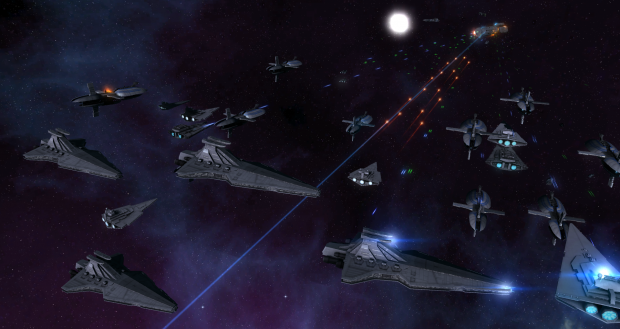 Play as the New Republic, Imperial Remnant, Empire of the Hand or Pentastar Alignment in the post-Endor Star Wars galaxy, each with unique ship rosters, abilities, playstyles and tech trees. 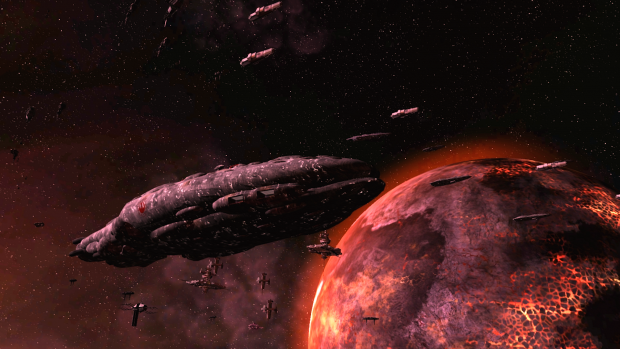 That wraps up our editor's choice, Be sure to have your mod on site for consideration for the 2017 awards. The Players Choice Upcoming Announcement will be on December 27th. Happy holidays, see you then!

Great job Call of Warhammer: Beginning of The End Times!! :)

Thanks this is unexpected!

But what about STALKER Call of Chernobyl ? ... Its the most popular...

CoC will probably win player's choice. CoC won editor's choice last year so they gave it to a different mod this year.

Massive props to our friends in Ascendancy. Hugely deserved guys and I'm delighted to see such a fantastic mod by such a long serving and dedicated group take the 1st prize. A further huge shout out to all the other mods that have made the editor's choice! I've been following the work on several of them and for those I haven't yet sample, rest assured I will.

As for Infinities, a massive thank you to everyone who voted for it. We haven't shown you too much yet and we can't wait to repay your faith with our first release.

I was confused why the results take so long ^^
Good choice dear editors.
After all it seems like you guys dont play so much Forces of Corruption :c

Congrats to the Thrawn´s Revenge team and especially Corey :)
Amazing work over a decade !!

For those who havent made it into editors choice remember it´s all about flavour and one cant exactly debate about that ;)

And of course special thanks to Moddb who provides a gigantic, continouslyy improving and growing platform for us to share the love of mods. What would the world be without Moddb ? ANARCHY :D !!
I love you guys <3

I am surprised Sven Coop and Goldeneye Source are still getting awards.

To still be updating and supporting their community 10 ~ 15 years on... that is pretty impressive I believe. Having said that, now these crowns will likely fall to other teams in future years.

On behalf of the MK Team, thankss to everyone who voted for Medieval Kingdoms Total War and the editors for selecting us for Best Overhaul! Expect more from us in 2017 including the long overdue campaign mode!

Love the mod guys, looking forward to seeing more of your excellent work.

Huge congratulation to everyone and especially the Old Good STALKER Evolution which is one of my favorite mods for the S.T.A.L.K.E.R. and probably the best mod for the Shadow of Chernobyl. Also, it's great that it is standalone since it uses much better engine than the Vanilla game. And also its great to see the Far East War and Nuclear Cataclysm here since those are also amazing mods.

I have the same opinion :D

Where is the players choice?

Top upcomming comes out 27th then mod of the year 28th.

Thankyou everyone for voting, and a huge thankyou to the Editors for giving me such an honor!

It makes me proud to see my Mod along side such other amazing work!

You guys are definitely the most creative! Great Job!

Congrats to all the modders for their hard work. Hope this exposure gets even more players interested in your creations.

Well played. You definitly deserve it!

Sadly I cant say ive played the others, but congrats on the wins! :D Keep up the great work! I hope to see some Mount & Blade Warband or maybe even Bannerlord mods next year!

congratulations to the winner and runner up's

You really deserve that award for not only fixing the game up, but also polishing it up with additional features.

On behalf of the Thrawn's Revenge Team, a big thank you to the editors and of course the players for the support, I never dreamed we'd get 1st! It means a lot to us.

Would have loved to see Sins of the Prophets and Rise of the Mandalorians. Oh well even tho you guys didn't quite make it, Just know that your hard work is loved and appreciated :)

On behalf of OGSE Team, Thanks for the award!

Best Singleplayer was a bit unexpected by us but it's a very pleasant surprise! We've worked hard to make mod's storyline as rich as possible and it looks like we've succeeded.

Congratulations! I've been having a lot of fun with your mod. Can't wait to see what you're planning for OGS*R.* :D

Congratulations to everyone! Still glad to see GoldSRC stuff on these lists ;) . Modders, keep up the hard work and staff, thanks for hosting this awesome event for another year. Can't wait for the Players' Choices.

Good work to all ! Congratulations ! :)

good job call of warhammer botet :) great mod for sure keep up the great stuff !

Thanks man! I'm still blown away we even made the top 100. Thanks again for everyone who voted, you guys rock. Working hard to make the next version....better lol. Props for those still hanging in.

Congratulations to everyone!
Awesome modifications all around!

It may well have won the player vote that's coming either tomorrow or on 28 December (cannae remember which) and as a result isn't appearing here. It certainly deserves to be. Incredible mod.

It was obvious that S.T.A.L.K.E.R. would have a position in top, im very pleased with this <3 thanks

Never heard of any of those other mods or the games they were for other than Half-Life but... Yay for OGSE best STALKER mod in my opinion none is better.

At the same time as I am proud for Star Trek Infinities I'm sad because The Trek Wars Revival could have won the Best Upcoming Award!

Awesome, thank you very much for the award. It's really great to see Nuclear Cataclysm there!
Also, congratulations to all the other awarded mods! :)