In the last news I was talking about the party system, here I showcase one of its use cases! A party battle of 3 players in Double Battle Modality!

Why have a party system in Pokemon, you say ? Well, to have party battles of course !

Okay, so I have been working in this party system, multi-player battles, and all. But it is finally here!! BEHOOOLD! ^^

I believe I’m the first developer to pull this through ! That’s like, pushing science foward ! Are you guys excited ? I’m too !! 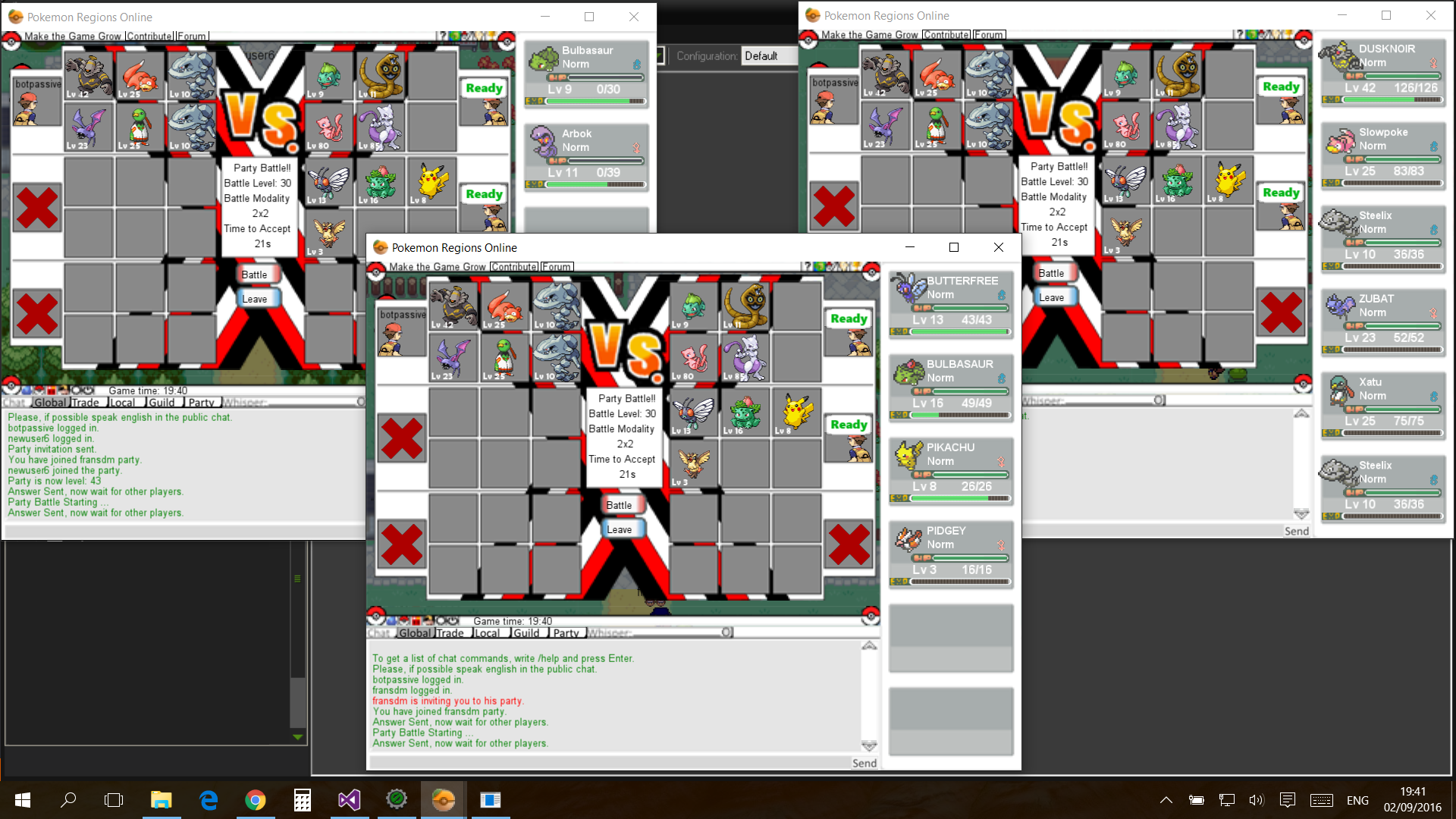 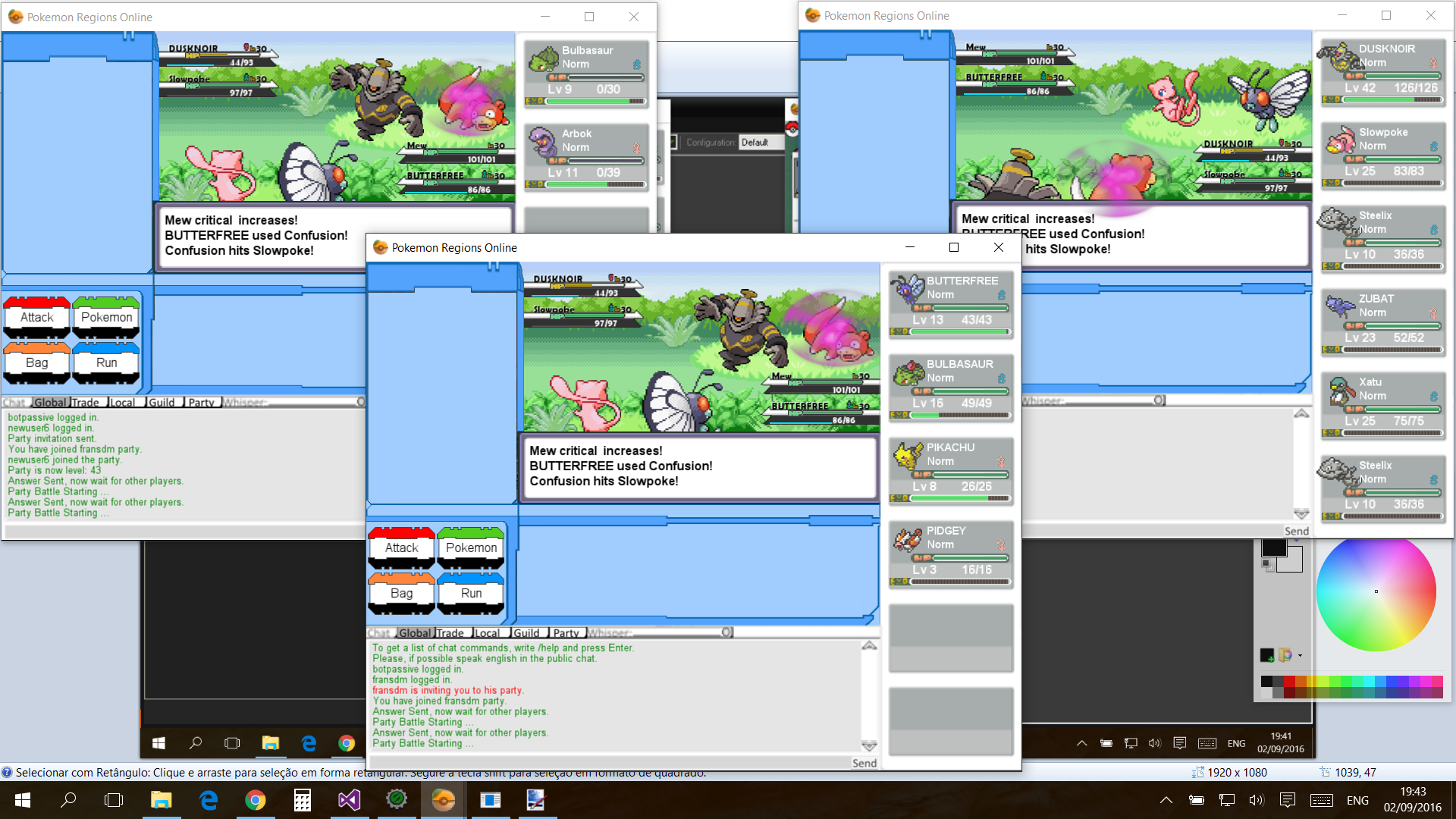 There are still some little bugs and quirks to be solved, but all is goood !

Have a nice night everyone !