In this week's update, I'll be joined by the SkullKrusha, the star of space ork dating game Orkward, for a chat about narrative design.

Hello, I'm Joe, and to my surprise, I've spent the last two-and-a-half months on sabbatical making Orkward: the space ork dating game. It's in active development but available for free on itch.io. This the story of its development.

Right, listen up you grots. I'm Skullkrusha and I'm da boss here. Dat means you listen to me, geddit? Ya gotta listen to dis humie too. 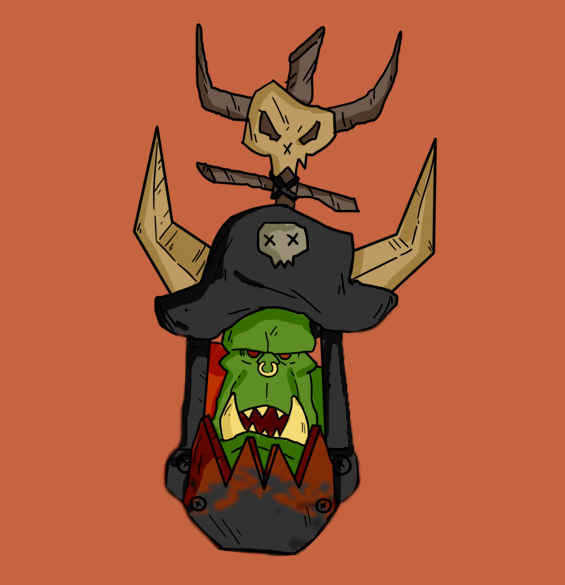 Shaddap, I didn't ask ya for no lip. Right. Better tell da boyz out there about nannaniv nezine.

Thanks Skullkrusha. Well, as you know, narrative design is just the process of working out how a game's story and gameplay relate and inform each other.

It's about how you tell a story in a game.

Well, yes, that's certainly one approach. But a game like Orkward doesn't really have shooty bits.

Whaddaya mean? I fort you sed dis was a puta game.

Yes, but it's a text-based game. There's a couple of pictures but really all the gameplay happens through words. 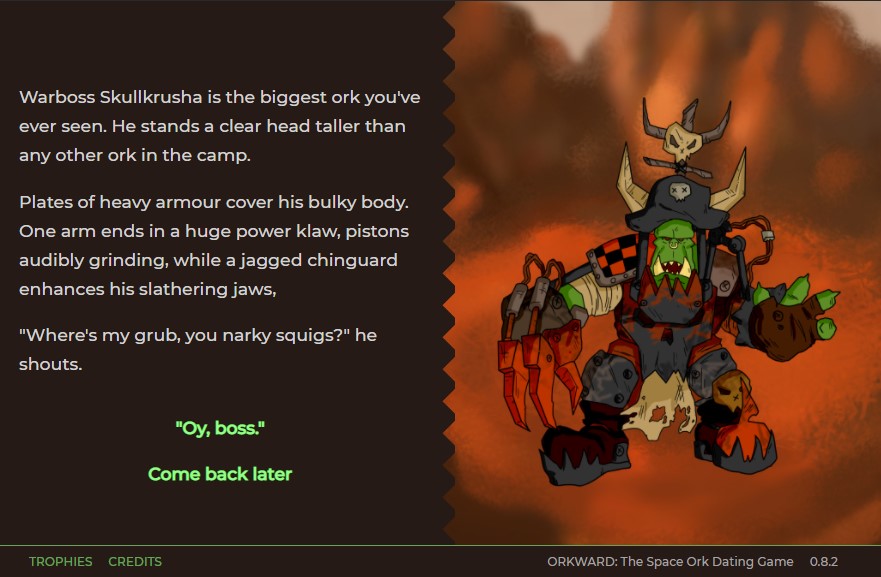 Ah but it's not - actually you can do a lot with words. For example, in Orkward there's a drinking contest, a tense termagant hunt, a waargh!-

-that's right - several grisly death scenes, and soon there will be a mysterious artefact, too. It would cost a fortune to create graphics for all those things. And sometimes your imagination can do more with less, so that a game with just words can be more real and emotional than a VR experience.

But games are supposed ta be fun. And words. Ain't. Fun.

Games can be fun, yes, but they can also be curious, provocative, melancholic, expressive - all sorts really.

And you can still have gameplay within interactive fiction. I mean you can implement a whole RPG with just text. The first RPGs were only text - way before home computing.

Yeh whatever. Wot about dis fing yer making? And 'urry up, I'm gettin' an urge to smash some stuff.

In Orkward, narrative design is a battle for the game's soul. I have to work out whether each ork is just a simple linear story with no choices (or perhaps false choices), or whether progress is made by solving an elaborate set of puzzles. You know, get the keycard form one character so that another one lets you through to speak to a third.

So which izzit? A puzzle or a story?

It's a bit of both. I want the player to have some level of control and volition within the story, but I also don't want to create a really obtuse puzzle game. No rubber chickens, no pulleys. 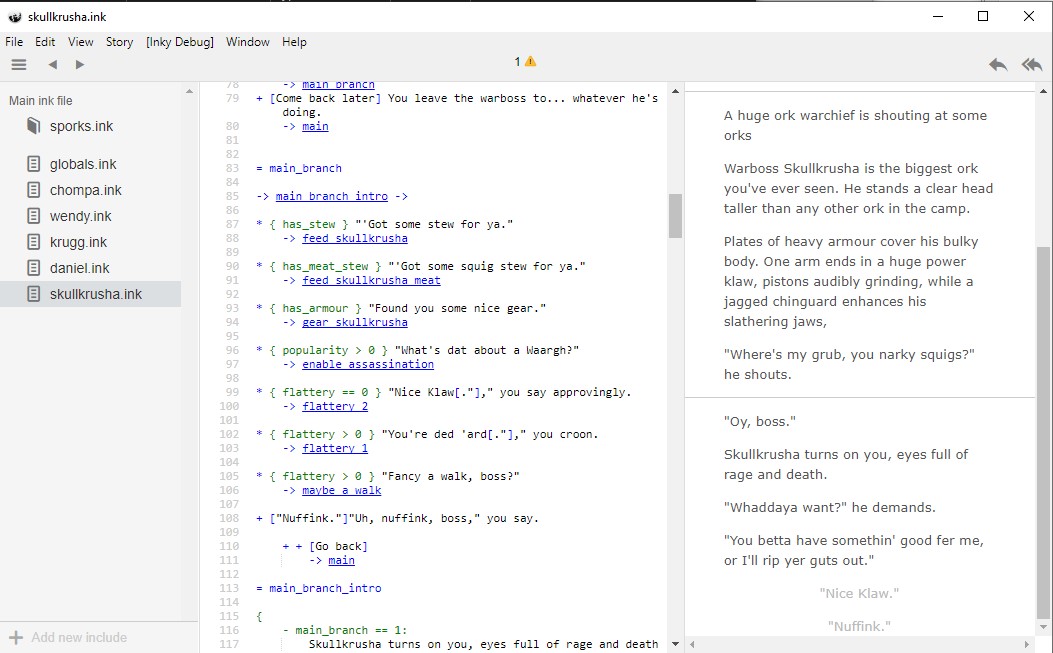 Where does datin fit in? I don't like the idea of anyone chattin up my boyz. They've got work ta do!

The dating thing is really just a structure to tell a story. I don't lean too hard into it. Mostly you just speak to the orks, learn their stories and try not to die.

But within that structure, there are several stories that can emerge. As you speak to the orks, manipulating them and gathering information, new paths through the game emerge. The idea is that as you reach the end of those paths, you unlock an ending which retroactively explains the whole game.

Once you deliver the letter to the ork who needs it, your job as space post person is completed and you can leave the planet to deliver your next letter. Roll credits, game over.

This storyline retrospectively justifies your actions and motivations through the game: you were speaking to the orks to try and find out which one the letter was addressed to.

I know, Skullkrusha. Don't worry, you'll get plenty of chances to smash stuff.

Right. I guess I should leave you too it. 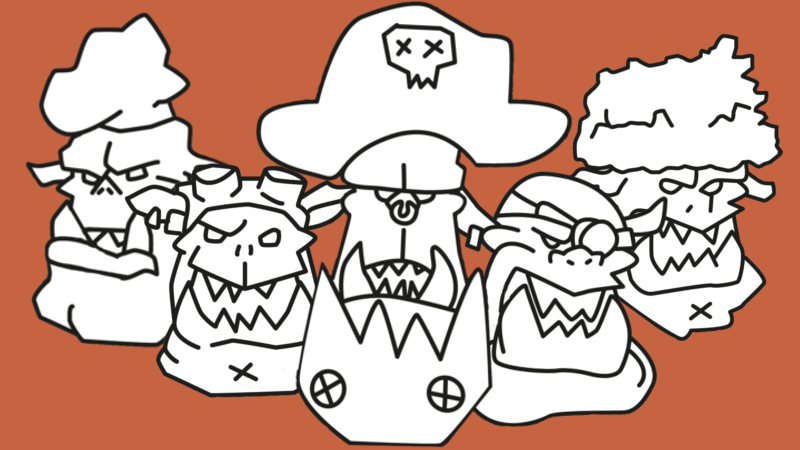 Its crucial we must have an Ork Princess in this game.. to court her.