How the New York-inspired metropolis will be brought to life in The Amazing Fantastics.

Utopia is a living, vibrant creature filled with plenty to see, experience, and uncover. It will feature landmarks to explore, citizens you can interact with, traffic, a day and night cycle, weather changes, and more. A mode tentatively titled City View Mode will give you a birds-eye view of Utopia and access to all that it has to offer. Dungeons will also be accessible through this mode. In this devlog I'll be looking at how City View Mode will work using mockup images that I put together. 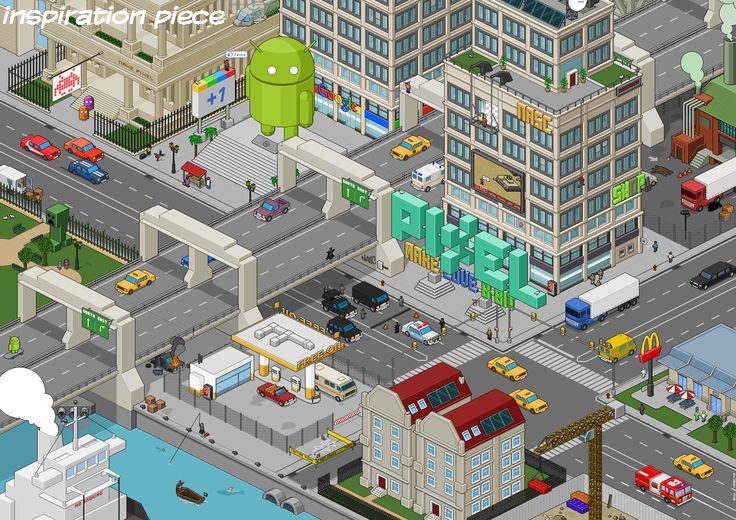 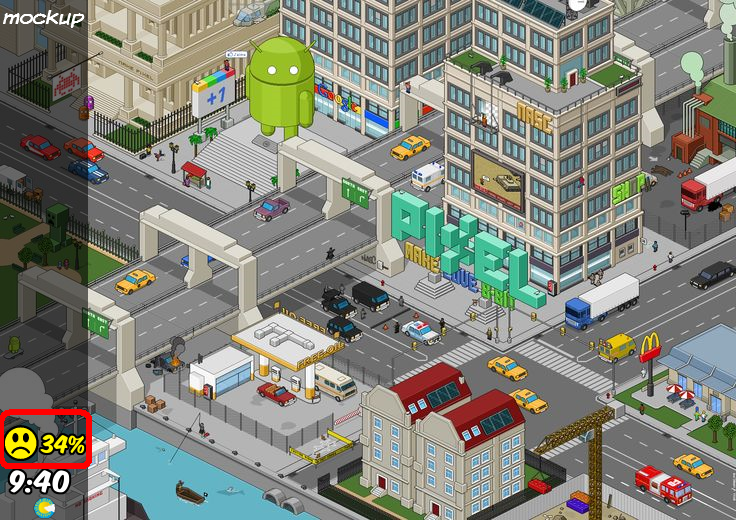 An approval rating will be displayed in City View Mode. This rating shows how pleased citizens are with the way crime is being handled in Utopia. Letting corrupt politicians, muggers, and other baddies run amok will not sit well with the citizens, and as a result they will not think too highly of you, but if you can clean up the mean streets of Utopia your good deeds will not go unrewarded. 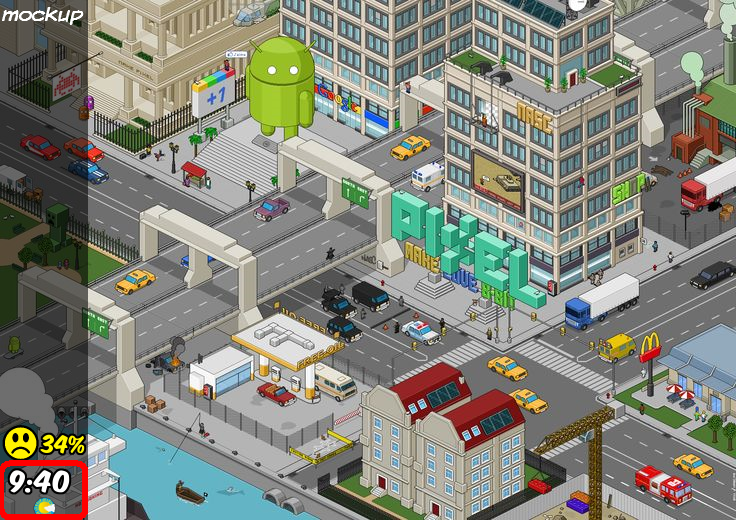 The time of day will also be shown in City View Mode. The city calms down at night but the troublemakers of Utopia will just be waking up. Seeing as though Utopia is located on the eastern coast of the United States, you can expect to see rain and snow. 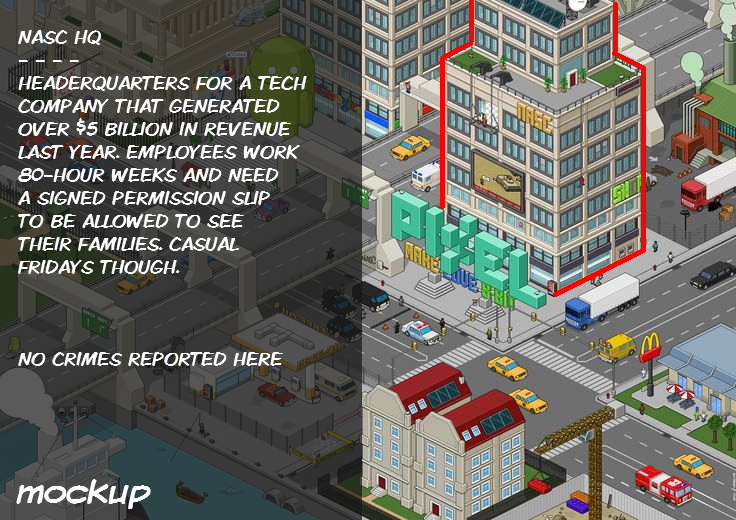 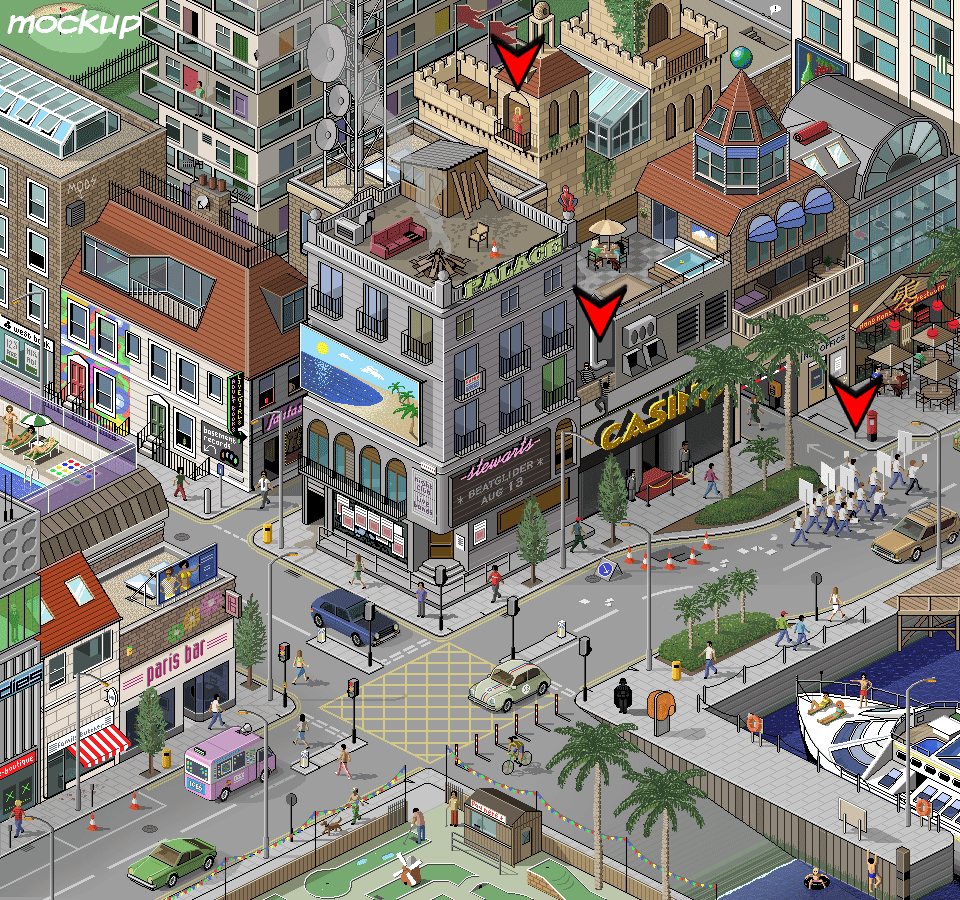 Citizens always need your help. They can be identified by the red arrows appearing near them. Help citizens to earn rewards such as karma which can be spent on new costumes, weapons, etc., and fame which will make you more recognizable among the people of Utopia. 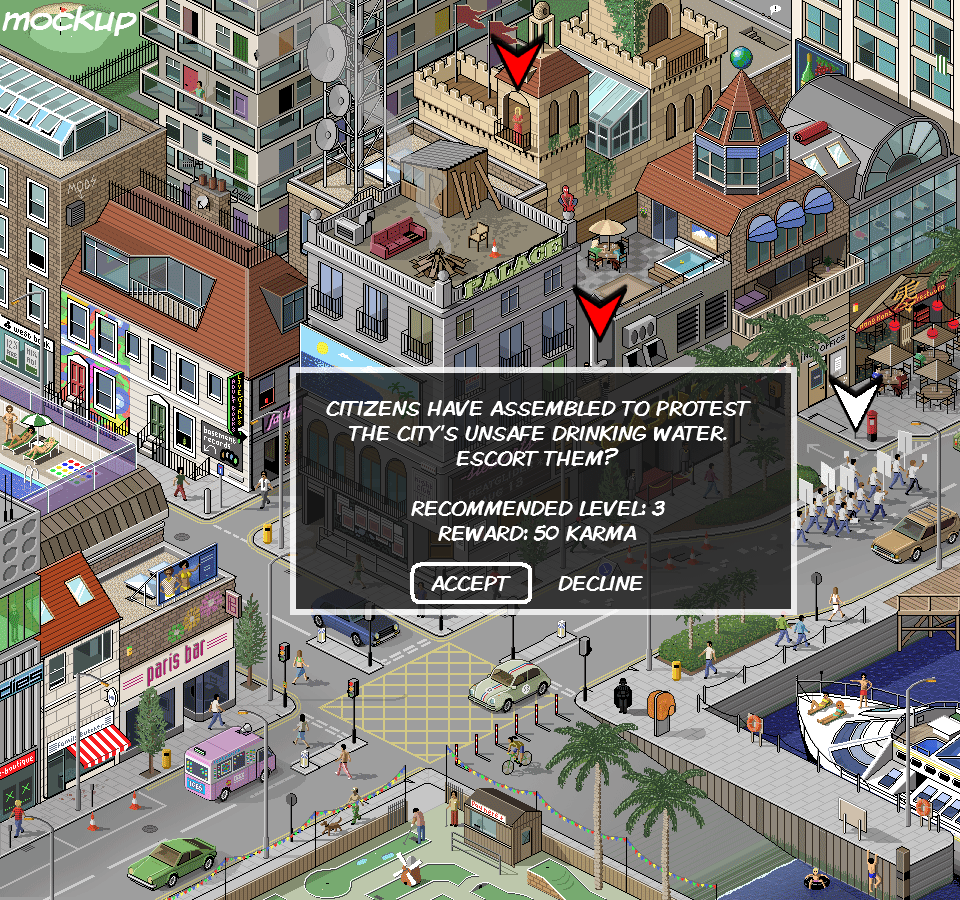 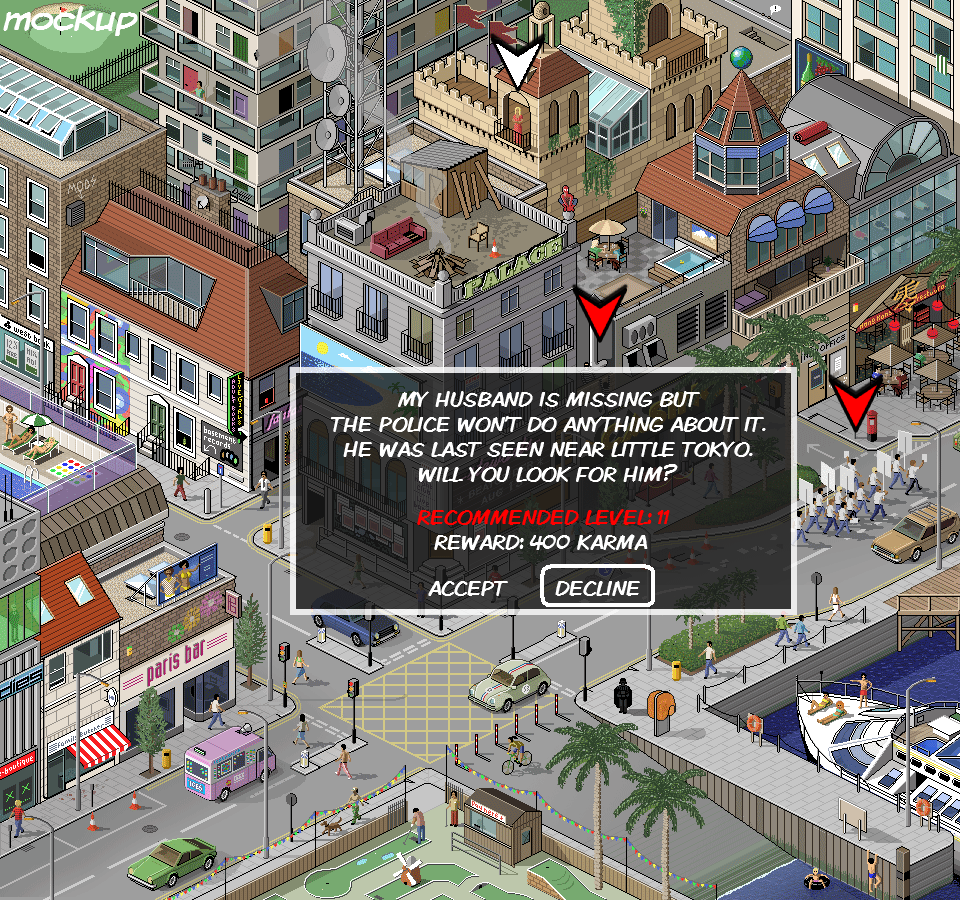 You'll be warned if you're getting in over your head when offered a mission. More difficult tasks offer greater rewards but you'll be notified if the job may be too challenging given the levels of the heroes in your party. 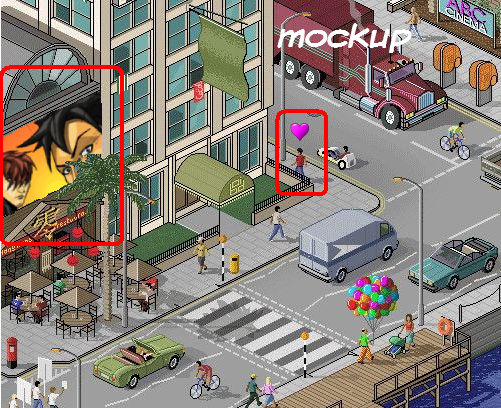 As you gain fame you'll begin seeing your face on signs across the city. Citizens that are fans of yours will display a heart above their heads. Gain as many fans as possible to cement your status as a legend in Utopia.

For the latest news about The Amazing Fantastics visit www.neonarkade.com.

If you haven't played the demo yet, you can download it at Indiedb.com.