Although Mark and I manage to do a lot between the two of us we are lucky enough to have made contact with the extremely talented Andy Guy (@Andy_Guuuy) who has created the music and all of the sound design for BeeBeeQ.

Although Mark and I manage to do a lot between the two of us we are lucky enough to have made contact with the extremely talented Andy Guy (@Andy_Guuuy) who has created the music and all of the sound design for BeeBeeQ. We’ve worked with him in the past an have always been pleased with the audio he produces for us. We asked him to write this Devlog for us to outline his creative process, it’s been great to see the evolution of BeeBeeQs audio from our almost to obvious suggestions to the sound Andy created for us which we feel really matches the style of the game and gives BeeBeeQ it’s own identity while sits in line with many modern day animated films. Now over to Andy for the important stuff! 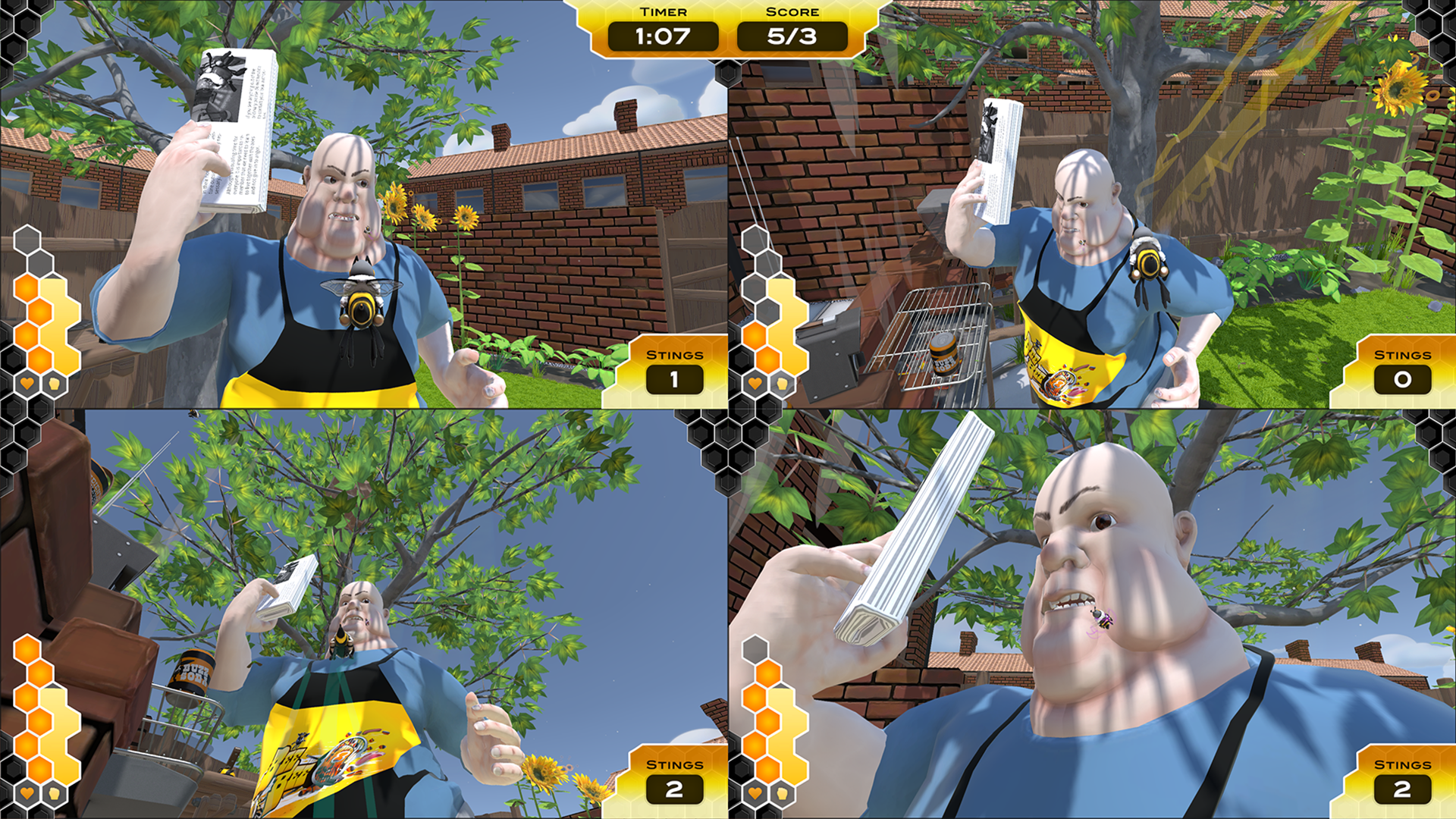 The brief for BeeBeeQ was to create a soundtrack that was cartoonish and whimsical in style, reflecting the games bold and colourful graphics. In order to set the tone, it was important to create a series of soundtracks that really embraced the gameplay. After a few test scores that didn’t really fit, we struck gold, agreeing on a lighthearted collection of six pieces of music to accompany the game.

The music was inspired by an abundance of light pop songs, pixar films and kids tv shows, each track being driven and built up around the strumming of the ukulele. Around a basic chord structure, I began to explore with low brass, for a clumsy bumble bee feel, as well as high xylophones and whistles, giving a carefree, childlike feel.

Six tracks were made in total, one for each of the themes within the game; 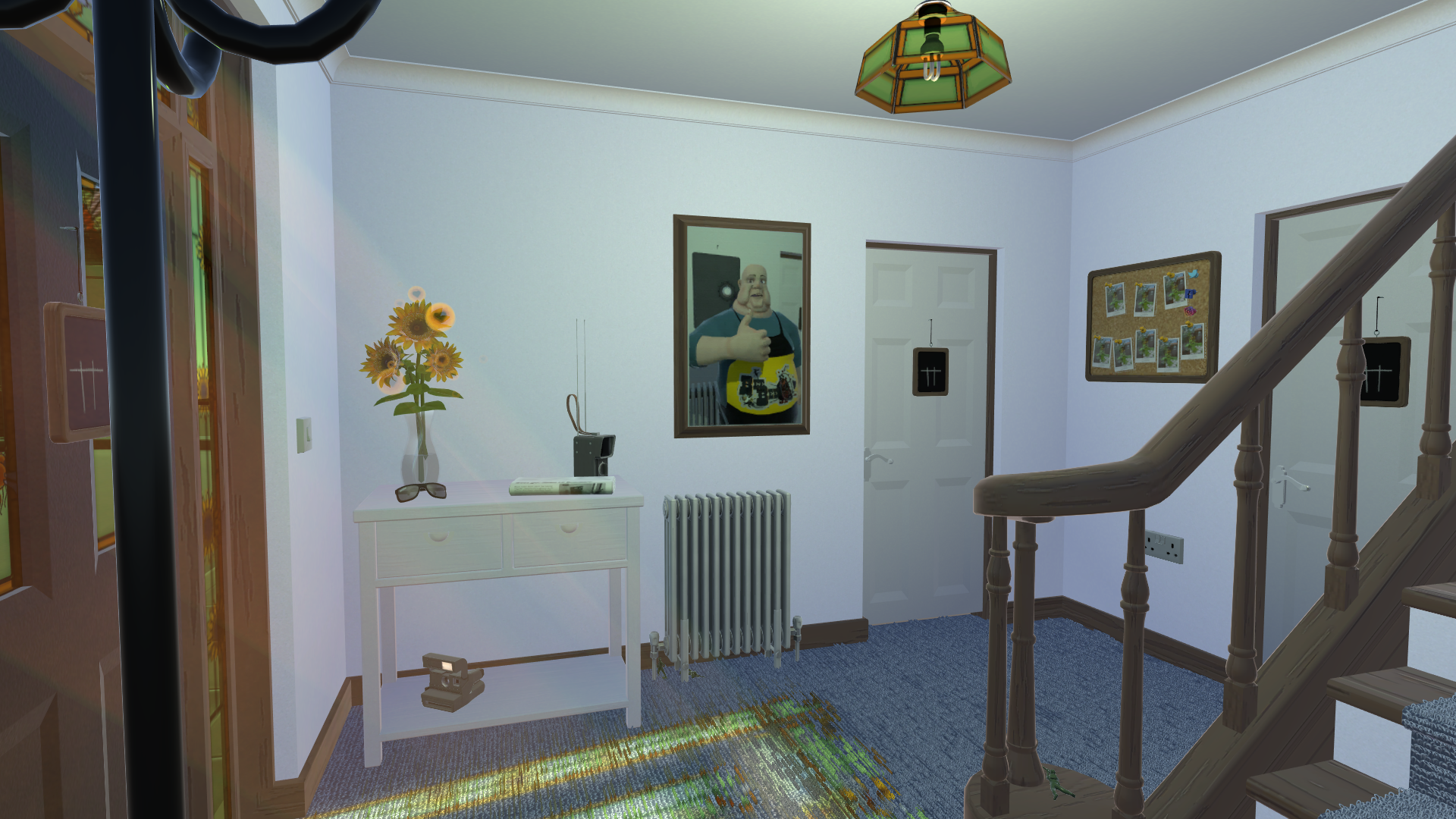 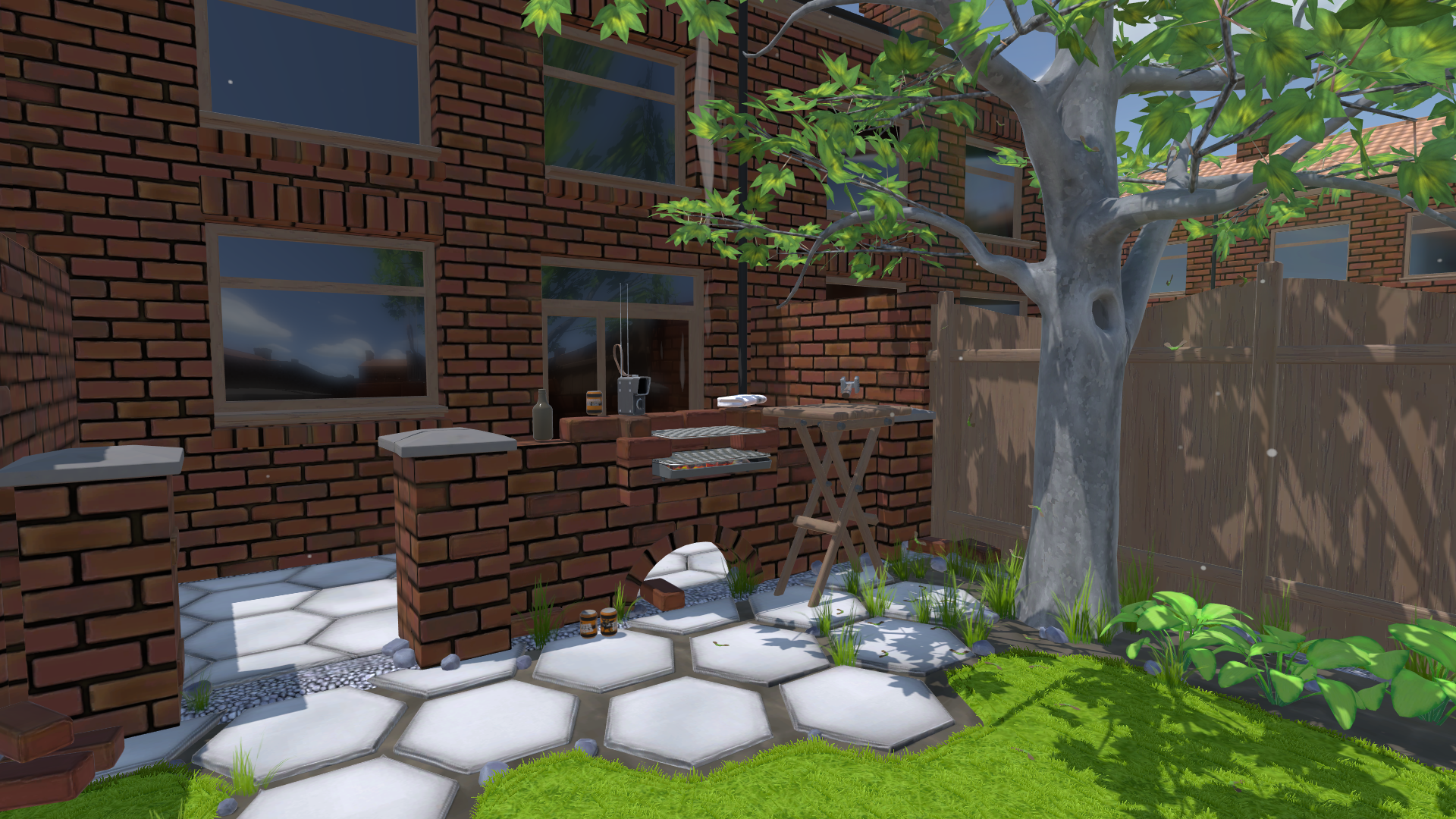 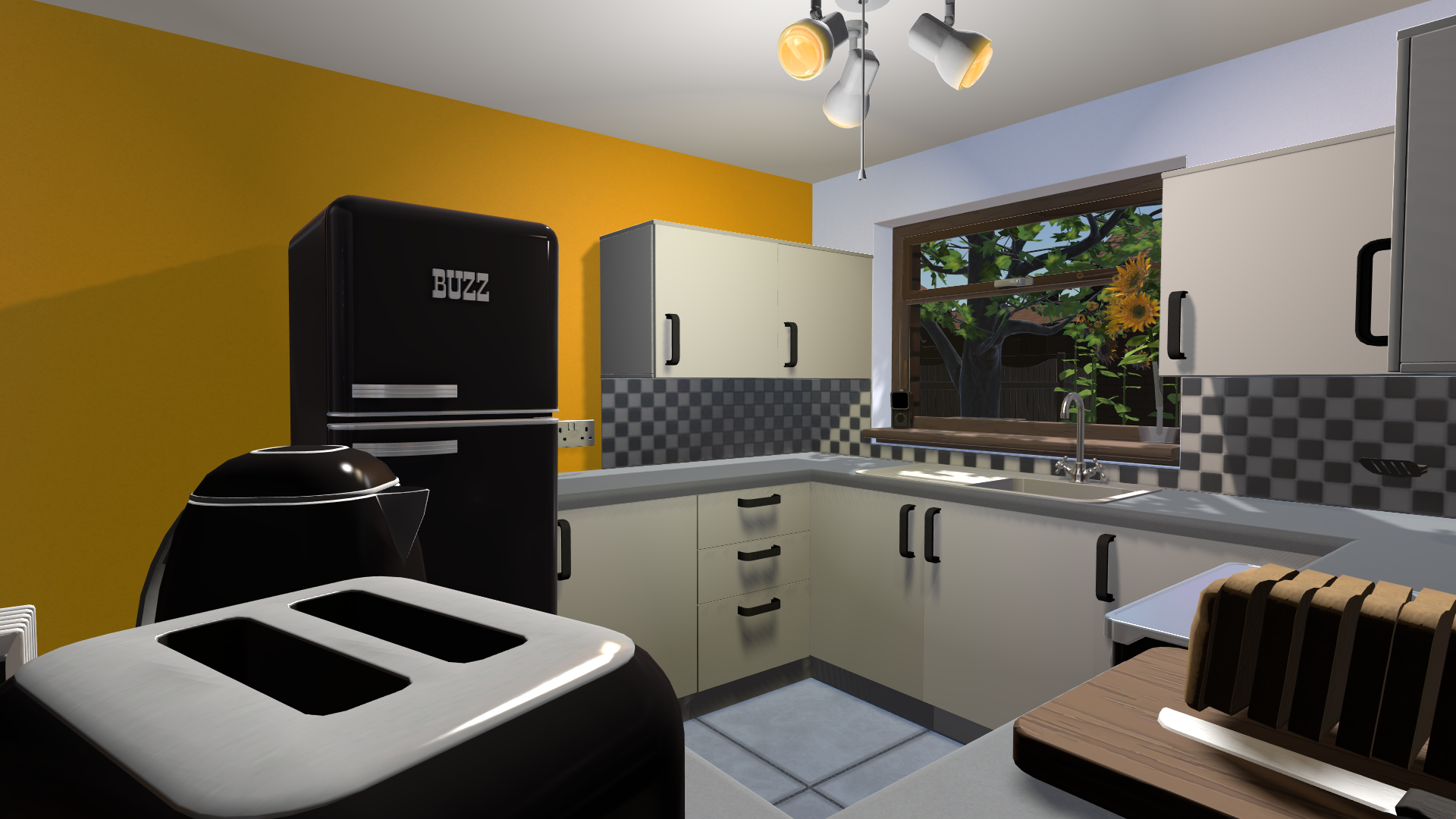 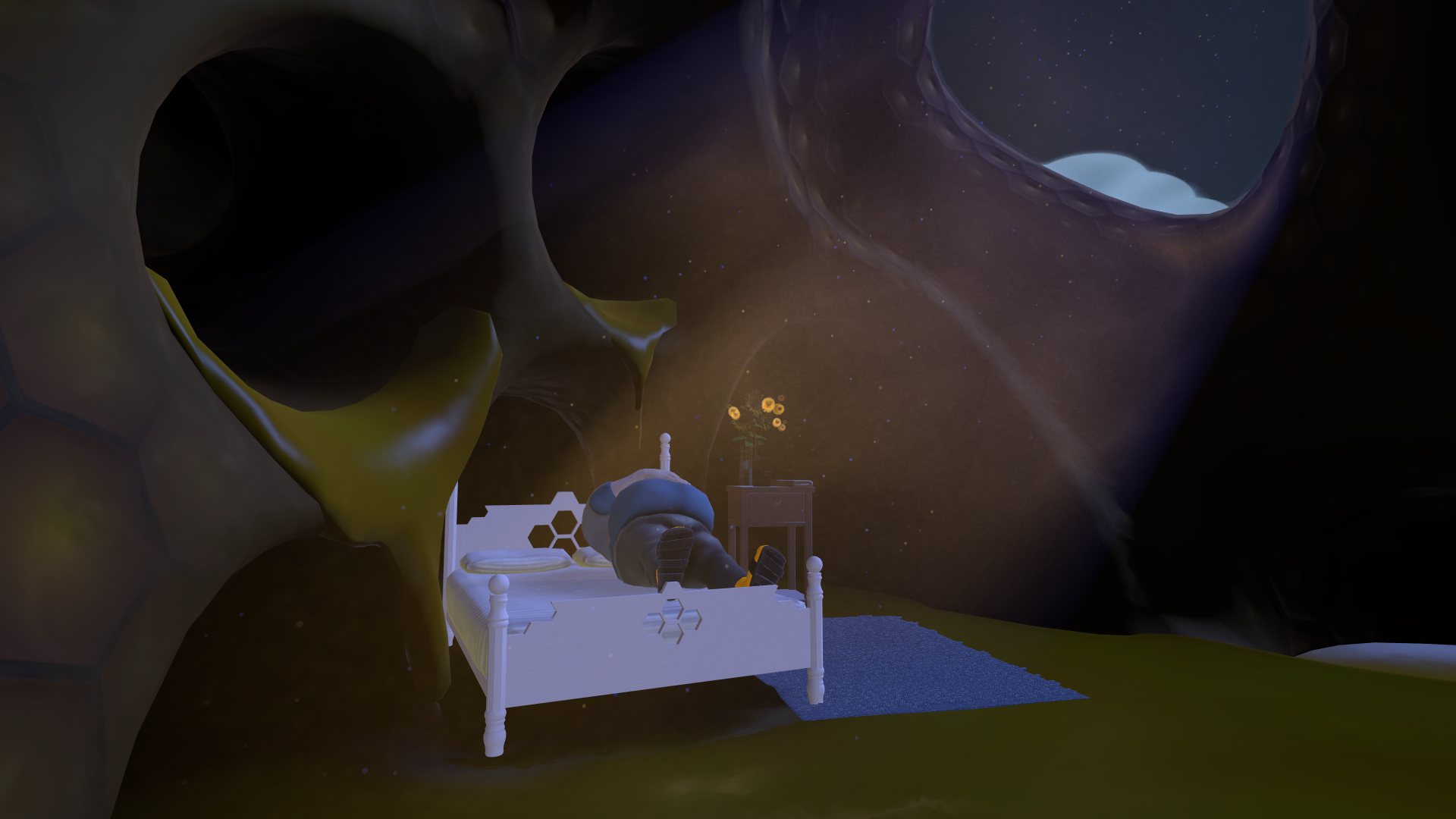 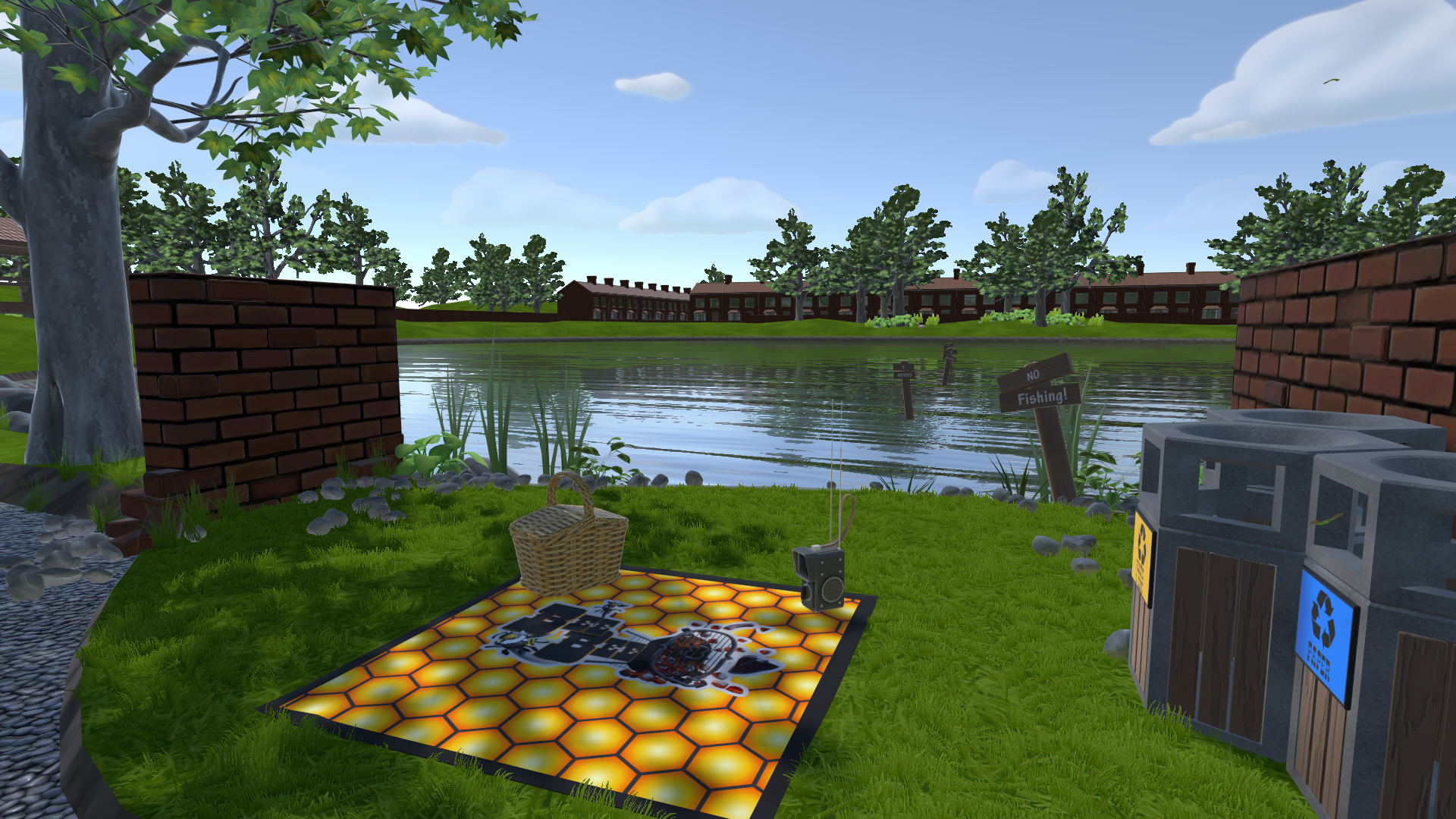 In terms of audio, we wanted to give BeeBeeQ a very diverse sound world. We were constantly finding needs for new sounds as more and more elements were added in. I felt it was important that each sound had variety so that the same exact sound would not be heard within seconds of another, giving a more realistic feel.

Much of the work was relatively simple; a case of recording a large selection of foley sounds, cutting them up and processing them with minimal effects. The sounds of rocks hitting one another, for example, required very little processing.

Other sounds required a more inventive approach to get the desired effect. The sound of meat hitting the floor for example was built up of various layers, using the sound of a hand hitting bare skin, at different speeds. These layers were processed with pitch correction, slight reverb and EQ to reflect the size of the meat and the height it was dropped at.

Thanks Andy, you can keep up to date with Andy and his work by following him on Twitter (@Andy_Guuuy) and via his website (Y-u-g-a.co.uk), We cant recommend Andy enough, working with him is always effortless on our part and we always end up with way more than we originally felt we needed.