Today we're having a look at the general base building mechanics!

Arrr, me hearties! I can't say that out loud. That sounds horrible. Cursed german accent! Where were we? Ah, yes. Base building. Let's get right to it! I have to say in advance that most of what you see here is not yet fully implemented, but everything will look and work almost exactly as described. 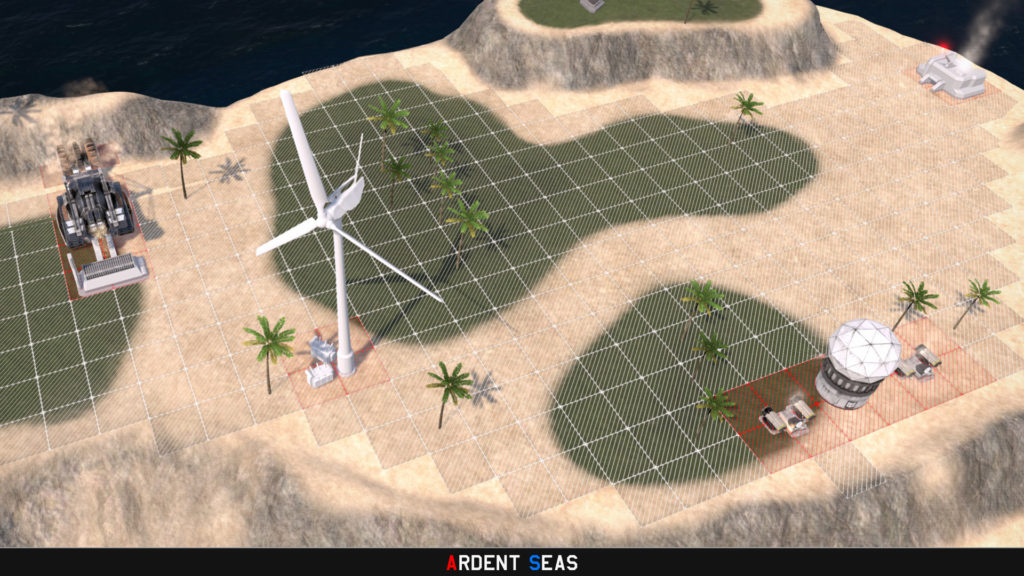 So, Base building. What is it, and how does it work?

"Oi! I thought the Flagship did everything!", you might say, and you wouldn't be entirely wrong. The Bases basically do everything Flagships do, except better. While Flagships can build some ships, act as refineries, build the most basic ground units, and do low-tier research, anything larger requires a base. The three factions build bases differently. The CN and Ravagers' bases aren't fully planned out yet, so I'm going to stick to the TDN for the most part, although we already have figured out how each faction does their base building. This is more of a general overview than a tutorial.

Buildings are positioned and oriented by a build grid, which tells you where things can be built, what areas are blocked, and which are reserved. Resource deposits have reserved slots over them, no other buildings can be built there. In order to build a structure, you have to have Ground Control in the desired area. There are two ways of gaining ground control. One: Capture the Port Authority building, this gives you control over the entire Island and its littoral waters, giving you the ability to build everywhere. And two: A Mobile Command Post, giving you Ground Control in its immediate vicinity, particularly useful for establishing a beach-head. 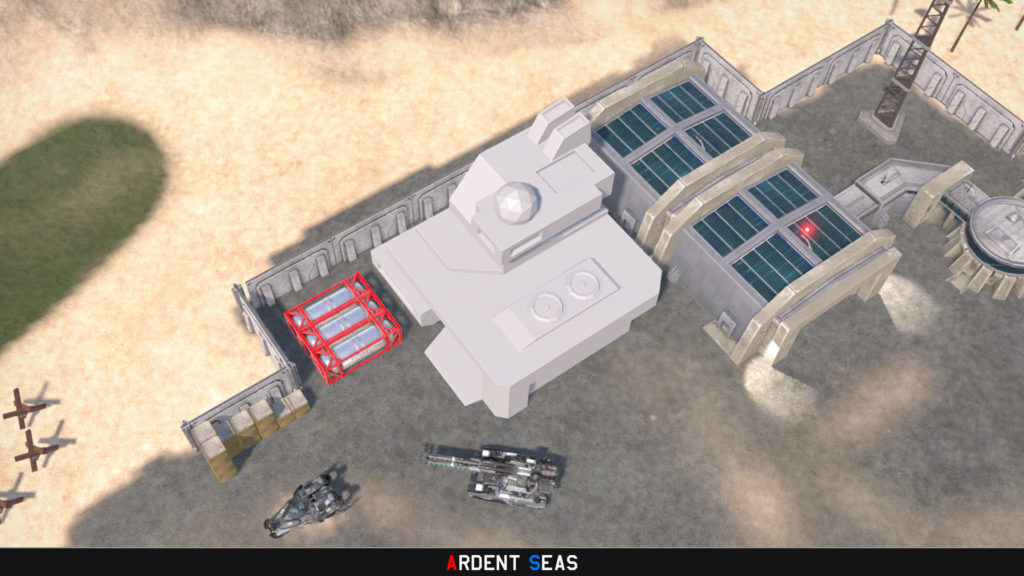 Another Faction, another Build Method

The Coalition Navy uses unpacking vehicles to build their structures, these are basically mobile prefabricated structures. To build a structure, you build a vehicle, and then send it to its intended build location, at which point they deploy into that structure.

The Ravagers drop their buildings from orbit once produced, after which they take a moment to deploy. This process is pretty straight-forward: Produce a building in the orbital yard, once done, select a location to deploy, and within a few moments, the structure will drop to the ground and be ready for use.

And finally, the TDN. The TDN uses a flying Constructor to build their structures. To build something, simply select a Constructor, select a structure, and place it. The constructor will then fly to the target location and build the structure. 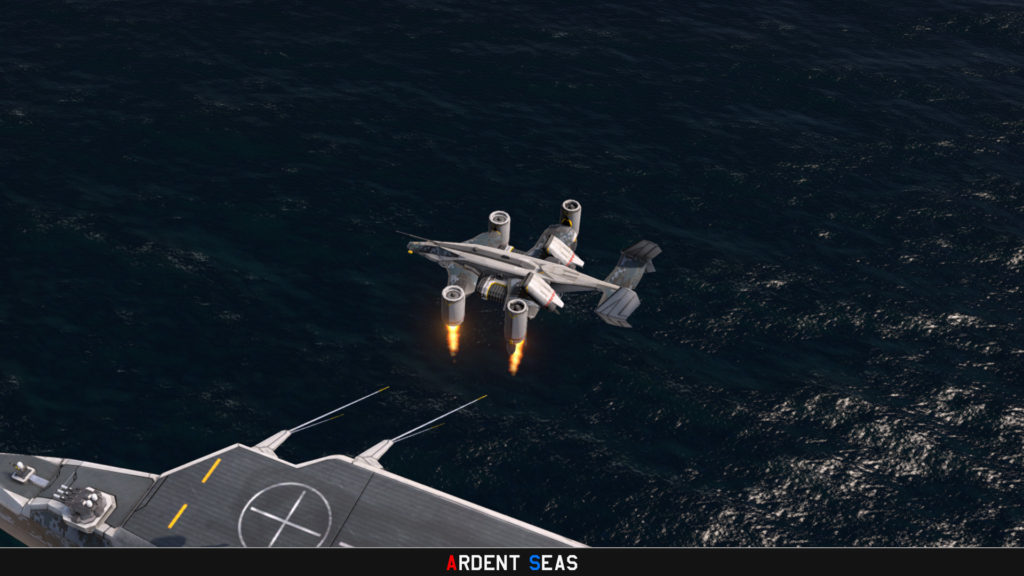 While each faction has its own buildings, the functions are roughly the same. Every faction has a Metal Extractor, a Hydrocarbon Extractor, a Metal Refinery, a Hydrocarbon Refinery, A Vehicle Factory, two Shipyards, a Tech Center, an Air Field, a Depot, and some kind of Secondary income source. The CN and TDN also have an Ammunition Factory, and the TDN has two Airfields, one for normal aircraft, and one for large VTOLs, like the Wyvern.

The Tech Center is used for advanced research, unlocking the most advanced of units, and the fanciest of weapons.

Resources are stored in the Refineries, and in the Depots. Building depots expands your resource storage capacity, but beware: If they are destroyed, you lose the resources stored in them, and if the Port Authority is taken over, the resources go to the player taking it over.

Each faction also has its own set of defensive buildings, usually at last a long-range and short-range anti-surface battery, a ground defense, an AA-defense, an anti-missile defense, and a floating Torpedo-defense. This varies wildly between the factions.

The TDN uses modular defenses. They have the Large Defense Point, which can be upgraded with Naginata Launchers or a Railgun Turret; The Small Defense Point, which houses their short-range anti-surface battery, anti-aircraft defense, an anti-missile defense and a land-defense; The Medium Defense Point, housing long-range anti-ship missile batteries, anti-submarine batteries, and a heavy ground defense, and finally the Floating Platform, which can house advanced sonar, Torpedos, CIWS, or a point defense cannon.

Welcome to The Grid

Now I'd like to go a bit more into detail about the build grid, and why we went with one in the first place, instead of free building.

We chose a build grid over free placement, because it makes everything easier, for everyone. When designing levels, I can exactly tell how much area there is, and makes bases more predictable, making buildings easier to balance. Since we want the focus to be fighting over Islands and Flagships, not developing the Islands, simplifying the process helps achieving that.

Resources extracted by extractors are transported from the extractor to the refinery by Skycranes, the TDN and CN share a common Skycrane, while the Ravagers will get their own. What isn't entirely clear yet is if the resources then also have to be transported from the Refinery to the Depot if the Refinery's own storage is full, and even the factories, or not. This might be interesting, but we don't want to drift too far into Anno 2070-territory. Prior to a refinery being built, the resources are brought to the Flagship.

Naval building is overall similar to building on Land, with one important difference. Mobile Command Posts can only be deployed on Land, so it's not possible to set up shop off the coast of an enemy player, that's what production cruisers, logistics support ships and the like are for.

Islands are surrounded by a region of shallow waters, the littoral area, this is where naval buildings are built, such as floating defenses, shipyards, and hydrocarbon extractors. Like the land-based metal extractors, the hydrocarbon extractors also snap to a reserved slot. The secondary economy buildings are usually located in the water as well, such as the Stratofreighter Dock for the TDN, and the Freight Port for the Coalition.

I think this should cover everything for now, let us know what you think, in the Comments, on Facebook, or on Twitter!

I am seriously stoked for this game...

This is coming along really well. Does the use of island bases mean that each player will have a home port at the start of a match, or are they going to be treated more as expansions to augment the flagship's production capabilities?

Islands are expansions, but there will always be at least one island near the player's spawn.