A Quick Death is moving towards completion so I wanted to give a quick update on where it is, features currently implemented and being implemented, and plans for the future.

What is It?
A Quick Death is a two-player competitive western showdown that started in a game jam about ~6 months ago. It started as a very classic twitch-based "who can pull the trigger" first type deal, but was expanded to having a risk/reward system with a slowly increasing accuracy gauge and obstacles. The goal, obviously, is to be the first to shoot your opponent. 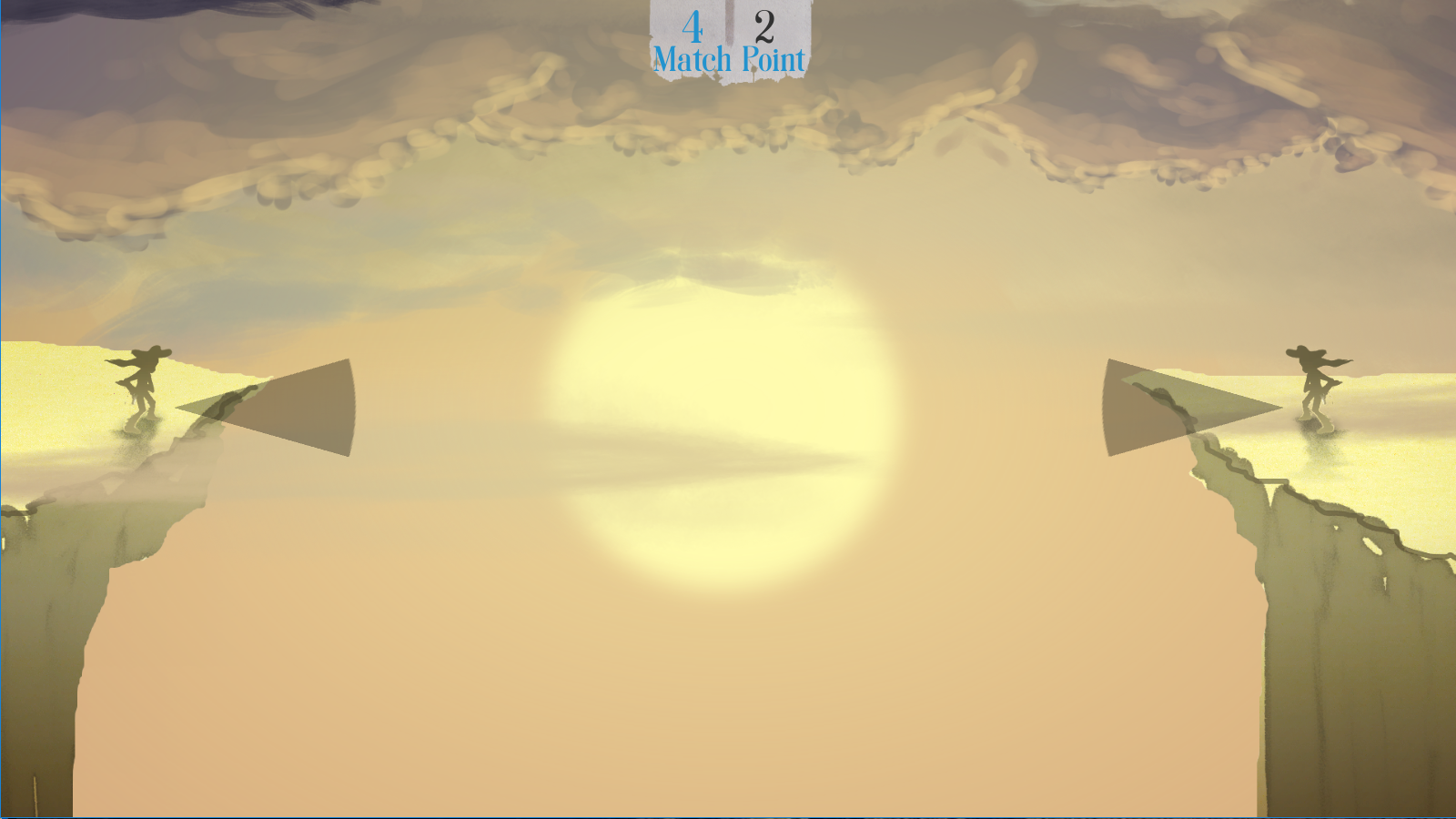 What makes it different than just your average twitch-reaction game?

Right now the game is separated into two distinct modes:

For scoring, I have two distinct "systems" for scoring. First off, rounds begin on a new stage and players score a point from winning on a stage (shooting the other player). After a point is scored, the next round begins on a different stage. This continues until one player has enough points to win the entire game.

The two scoring systems I have are:

Although that second scoring system seems convoluted in explanation, it seems to be extremely intuitive to players in my playtests, albeit occasionally taking them one game to fully get. The other fun thing about advantage scoring is it allows the (completely optional) intensity modifier that makes everything faster on each consecutive round after the first deuce. Generally makes games end faster, but also makes them more and more well intense as they go.

Anyway, those are the current game modes and such in A Quick Death. I'm happy with the amount of options I have, even though they don't sound like too many. My other big "mode" addition is going to be a Hero Mode that gives each player a set of special abilities they can use throughout a game activated by building a gauge from round to round. I have a lot of this implemented in code already, but I need to get new sprites for each individual hero. I think my next update I'll focus on some design of what I have for my hero characters, if there's any interest in that.

As for what obstacles you can expect in the final game, here's a sampling of what I have now: 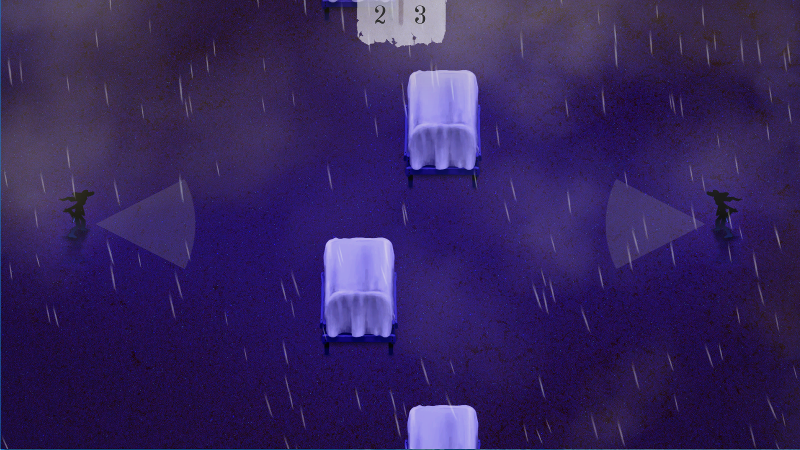 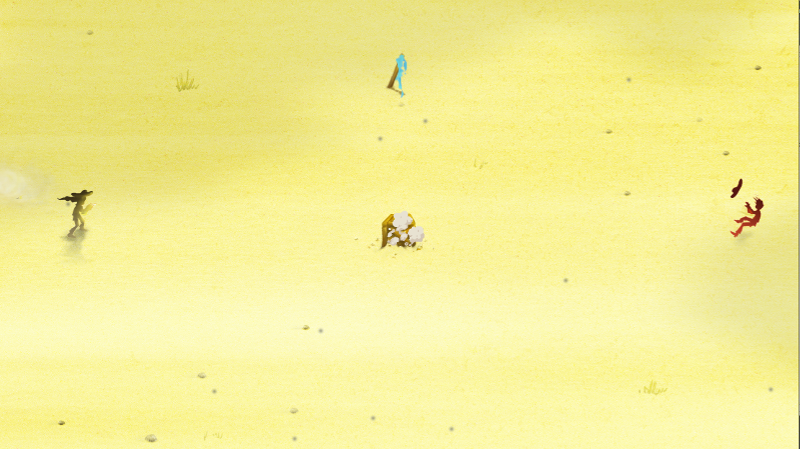 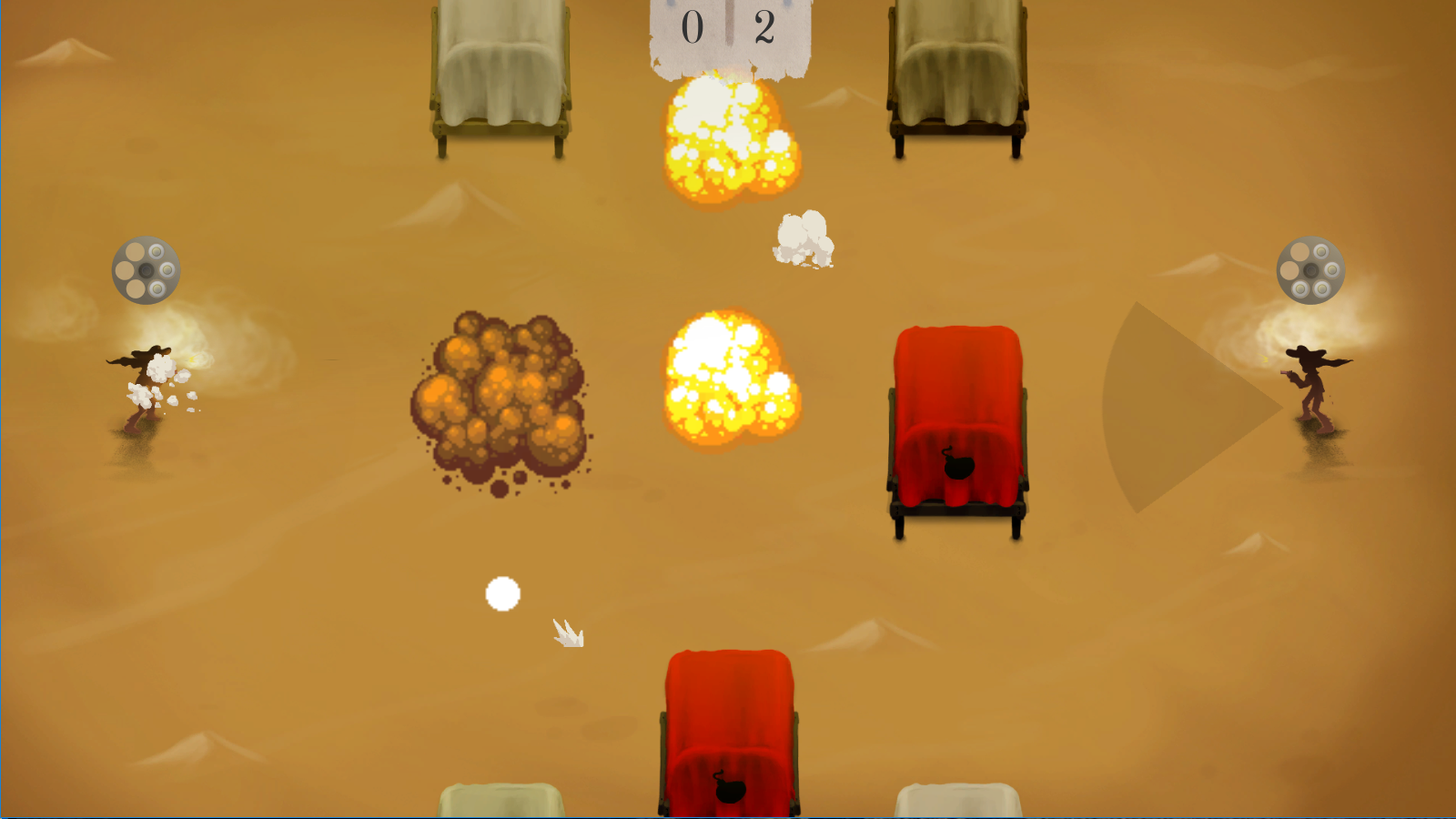 And here's two weirder, experimental mechanics I've been working on:

The biggest plans I currently have for A Quick Death are an in-development Hero Mode. This mode allows each player to choose from six unique characters with unique game-changing abilities that allow them to change the course of the game. I'll be going over the design of these in future updates.

Additionally, I'm constantly working on new obstacles and mechanics to add to the stages.

Thanks for reading! You can follow A Quick Death development on twitter at @axiomaticgames. And we are currently sitting on Steam Greenlight!