Post feature RSS Dev Blog: Hitpoints redux, with a side of heavy industry

Yesterday, we’ve updated the dev blog about Armor mechanics, and now also the dev blog about ships and weapons mechanics. we're going to go into more detail about those changes in this one. While we're at it, we're also going to explain a bit further how resource harvesting is going to work.

Welcome back once again, Cap’ns!

Yesterday, we’ve updated the dev blog about Armor mechanics, and now also the dev blog about ships and weapons mechanics. I’m going to go into more detail about those changes in this one. While I’m at it, I’m also going to explain a bit further how resource harvesting is going to work.

“Fox, you stole our armor plating…”

First and foremost, Armor hit points have been removed, as we’ve found that they’re unnecessary, and could easily create weird situations where a small gunboat can significantly damage a Battleship, for example. Instead, armor only has a thickness value. 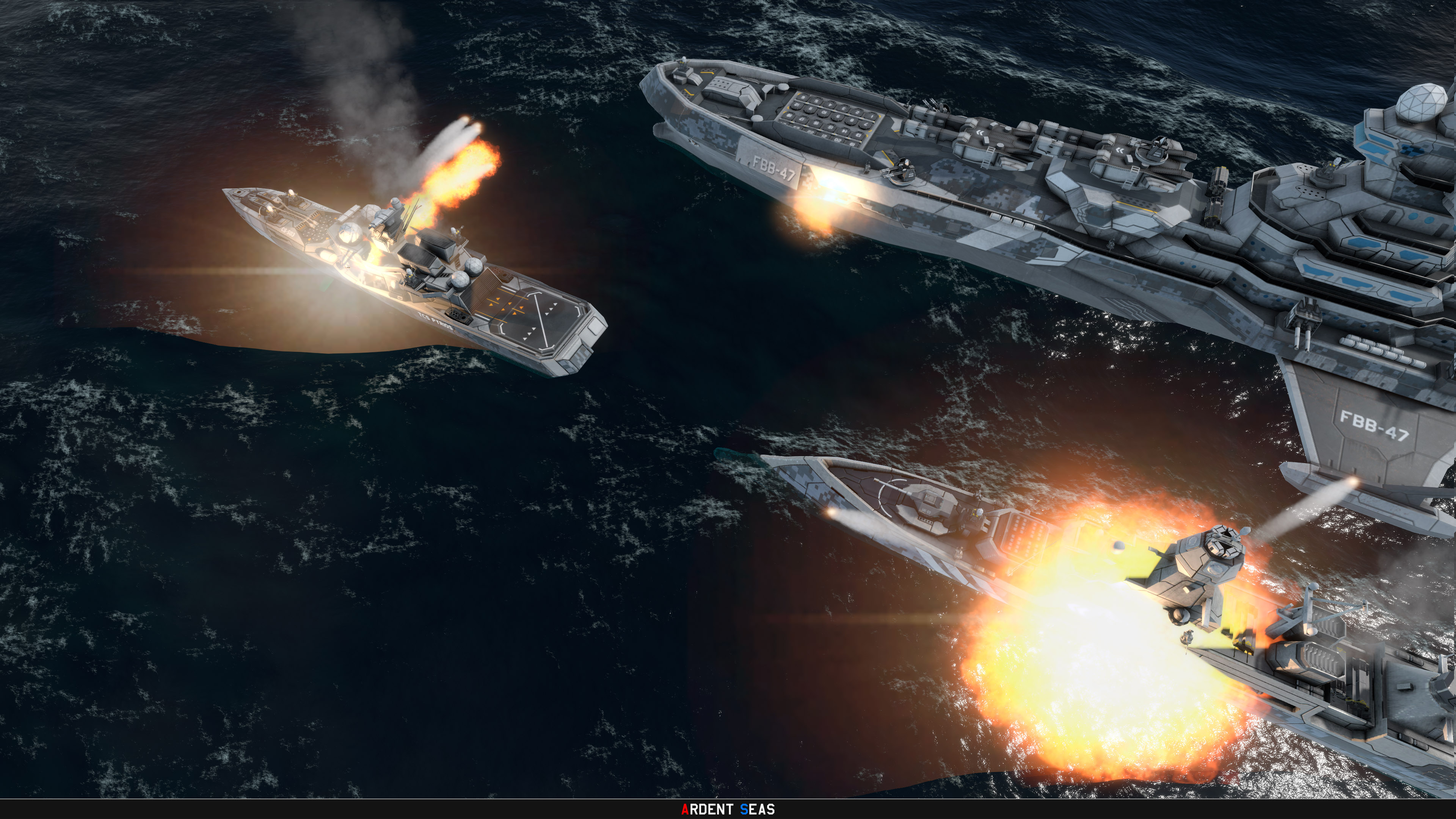 “But I just came in for an oil change!”

A mechanic we haven’t mentioned before is the segmented health bar. This mechanic effectively replaces armor hit points. “Stop beating around the bush already!”, I hear you say, so I’ll get to the point. Rather than having a single health bar, the health bar, and health pool, is split into several segments of equal size. A damaged segment will regenerate if the unit doesn’t receive fire for some time, simulating damage control and repair abilities of the ship’s crew.

However, when a segment is depleted, it will no longer regenerate, which is meant to represent the limits of a ship’s damage control capacities. Some ships have more, some ships have fewer segments, roughly scaling with size and class. Most small ships only have one or two, while a Battleship might have 10 or more. Damaged segments can only be repaired by dedicated repair units or facilities, such as the TDN’s Constructor VTOL. 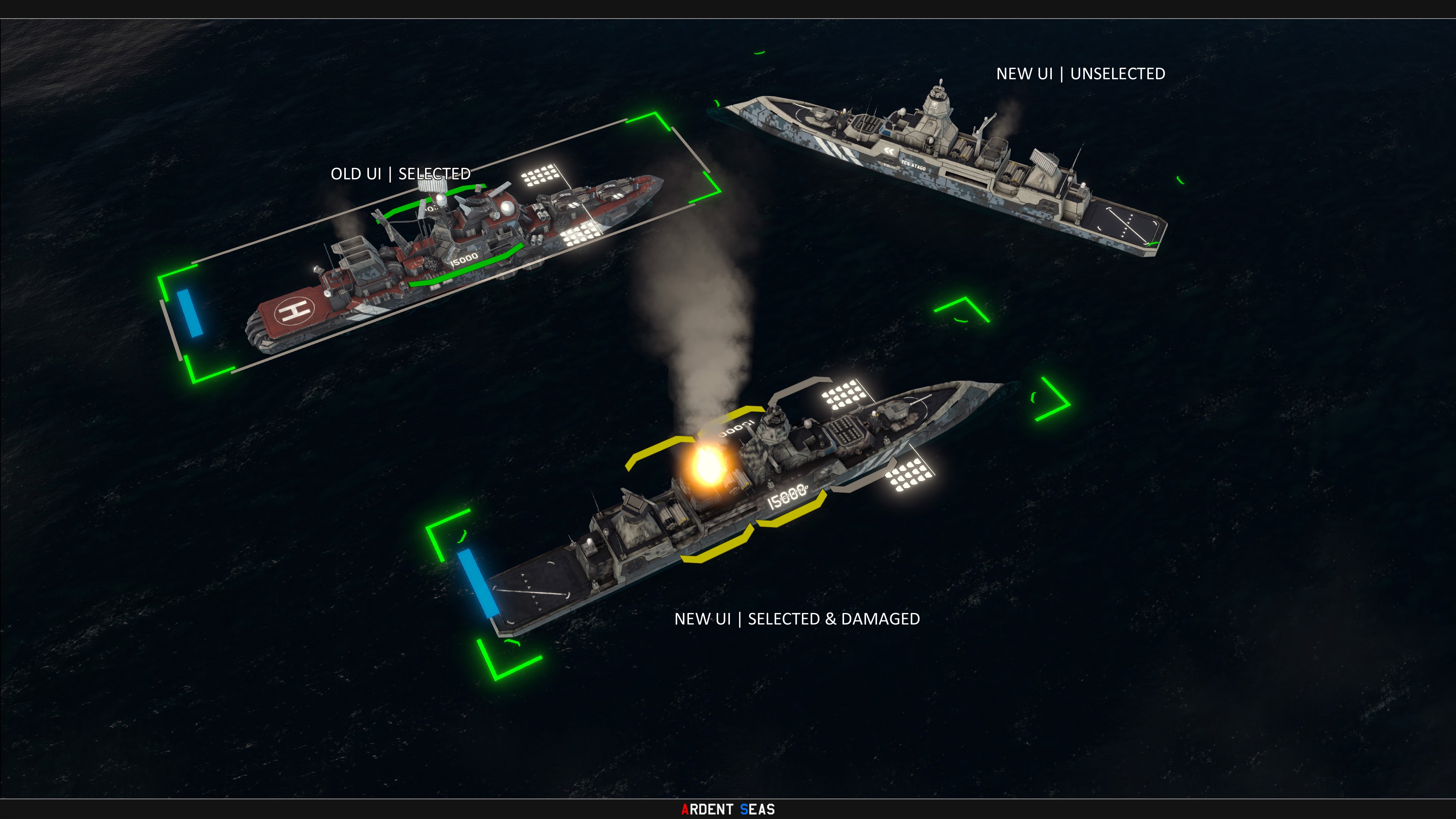 Firstly, extractors don’t extract resources forever, instead there’s an island-wide resource store, from which resource collectors (Carryall, Cargo submarine, Cargo drone) grab resources to bring them to the Flagship. When that store is full, extractors stop working. When this happens, you can either wait for your collectors to empty the storage into the Flagship, before which you don’t actually receive the resources, or you can build silos, which increase the island’s storage capacity. But, Silos can be destroyed, in which case you lose the resources stored in them.

Metal and Hydrocarbon deposits have changed position, too. All Hydrocarbon deposits are now located in Littoral waters, while all Metal deposits are located on islands. Mixed deposits aren’t a thing anymore.
All deposits come in 3 forms: Rich, Moderate, and Poor. Each producing resources half as quickly as the previously one, so, if Rich produces 100 metal per second, Moderate produces 50, Poor 25. Most deposits will be rich and moderate. The deposits only offer a limited amount of resources, however, and degrade over time, until depletion, at which point they will only produce a tiny amount of resources. 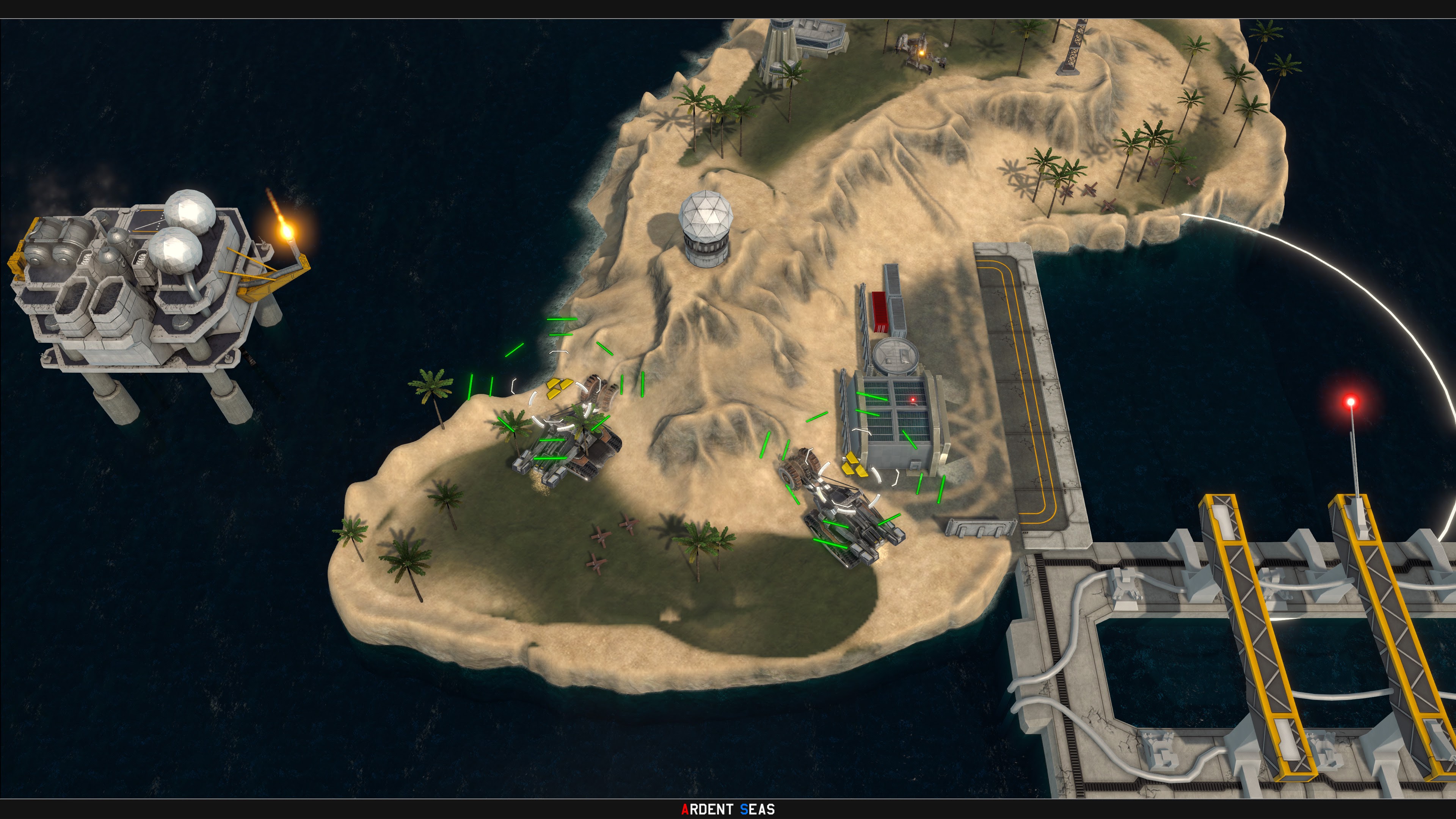 “But what If all deposits are depleted?”, you might ask.

That’s why we’re introducing a secondary economy. Each faction gets a way to gather extra resources. The TDN gets a Stratofreighter Port, where large transport airships will dock to unload resources of both types, the Coalition Navy gets a submarine port, where large freight submarines, much bigger than the ones used as collectors, dock to deliver their resources, and the Ravagers get a beam downlink, which slowly generates resources over time.

Additionally, there will be tech buildings producing resources, special buildings improving the mining yield, and it’s possible to scrap ships for resources.

The image below shows what a freight port might look like, but that’s not a freight submarine, and it’s not of the Coalition, either. 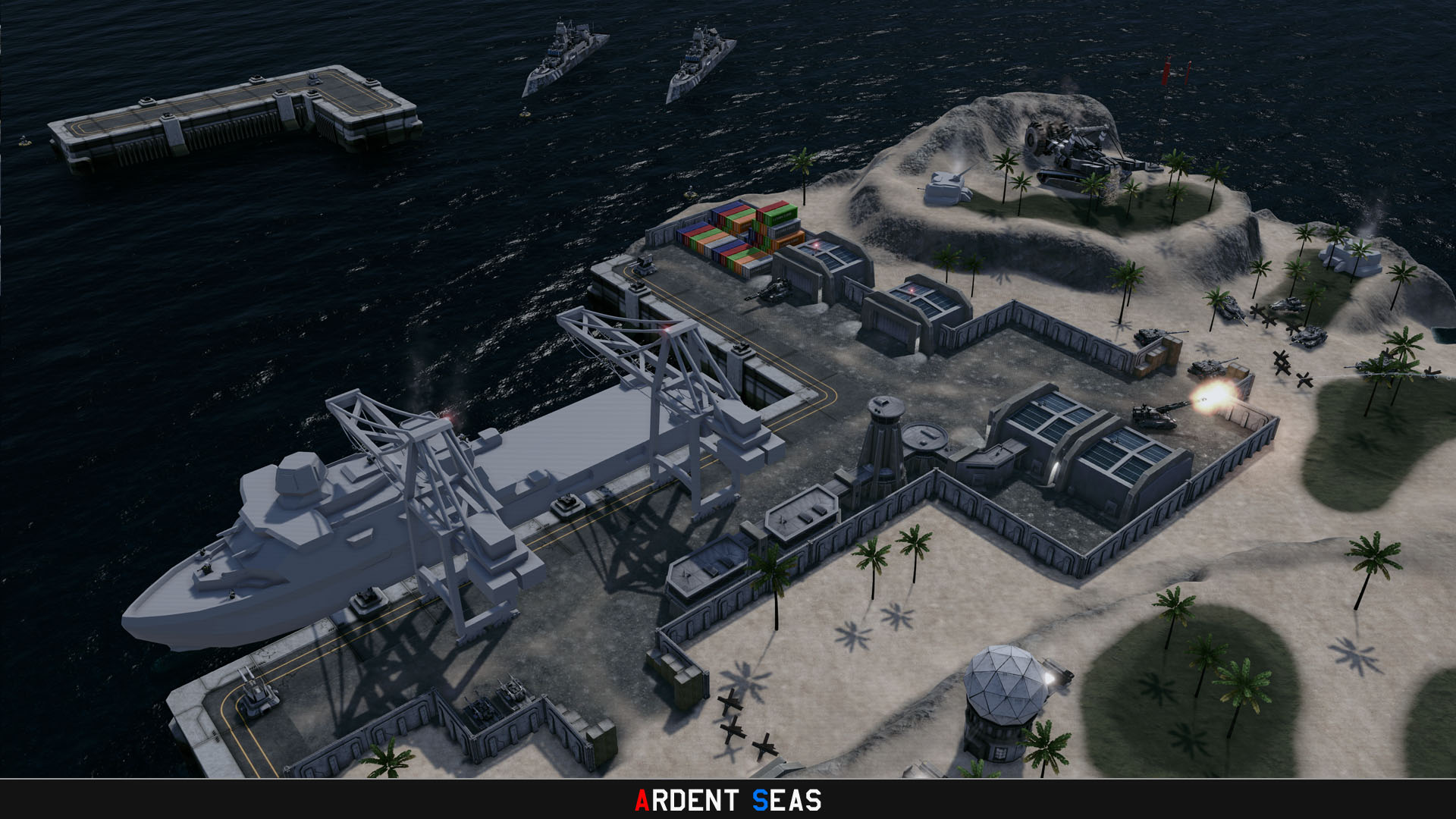 That’s all for now, as always I hope you’ve enjoyed reading this dev blog at least as much as I enjoy writing them!

Hey good one, I think good choices for the armor and segmented hp mechanics.