Playability issues of damage control system and its UI and ways to resolve them.

Intensive testing of the game has led to a clear understanding – damage control system does not work in terms of gameplay.

The main issue is the blurring of a player’s attention because of too many entities the player has to deal with. Flooding is spreading quickly across many compartments. And deciding which of them are more important is tedious and boring if the number of compartments is large, and their importance for the survival of the ship is almost the same.

To fix this, the decision was made to group the compartments. This means that the player can’t directly interact with them anymore. He takes control of compartments groups instead. These groups can be assigned the same damage control tasks as before. But the AI internally assigns subtasks for individual compartments in order to keep buoyancy of the ship and protect modules from water and fire.

It is important that the damage model works exactly the same as before – each compartment is a separate entity. Compartments group is just a ‘facade’ for the convenience of the player.

A typical capital ship contains the following groups of compartments:

As a result, the number of groups is not very large, and each of them is clearly associated with a group of similar modules, so the player is not overwhelmed when assigning damage control tasks to them.

As the ship takes damage, more and more damage effects become visible in the 3D view of damage control in addition to initially visible modules. And the player begins to experience difficulties in selecting exactly what he wants. 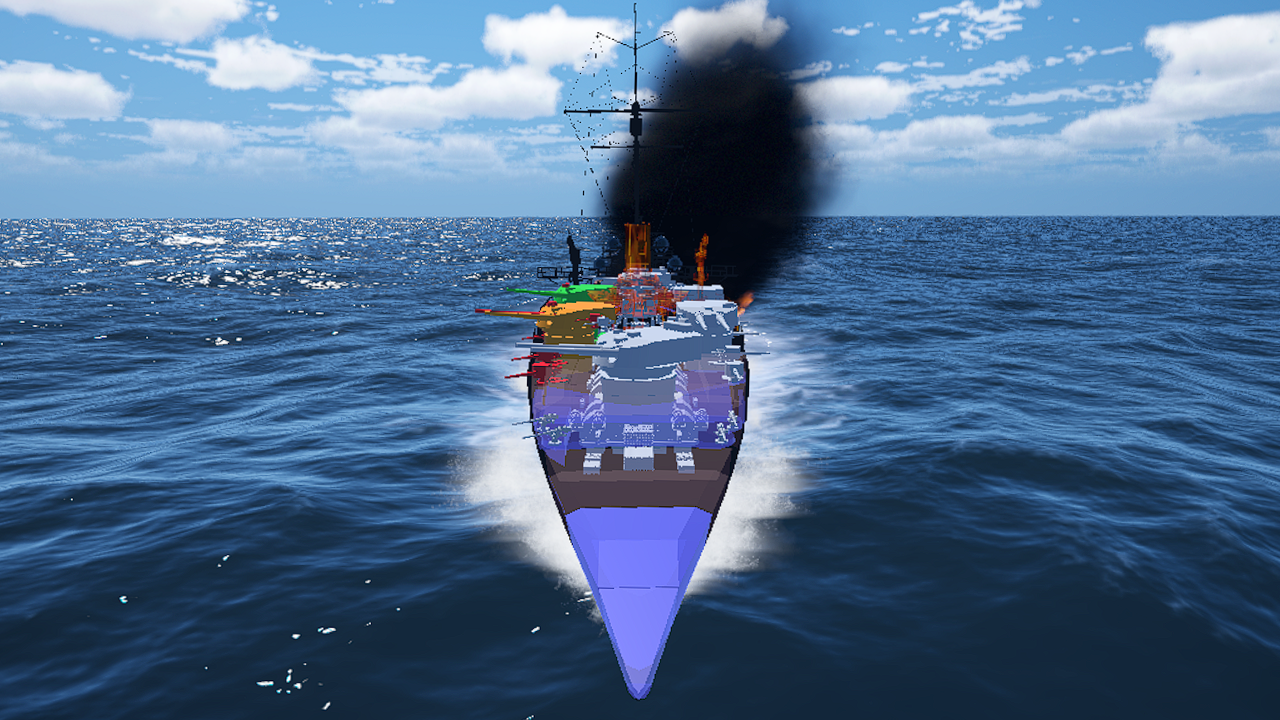 That is why the filtering panel has been added to filter both items in 3D view and items in the ‘Problems’ list:

The core idea of damage control in the game is to distribute limited resources of the ship across damage control tasks. And it would be much better if the player could see how many resources he has.

That is why the resources panel has been added to the very top of the damage control sub-turn UI, just like in most strategy games. 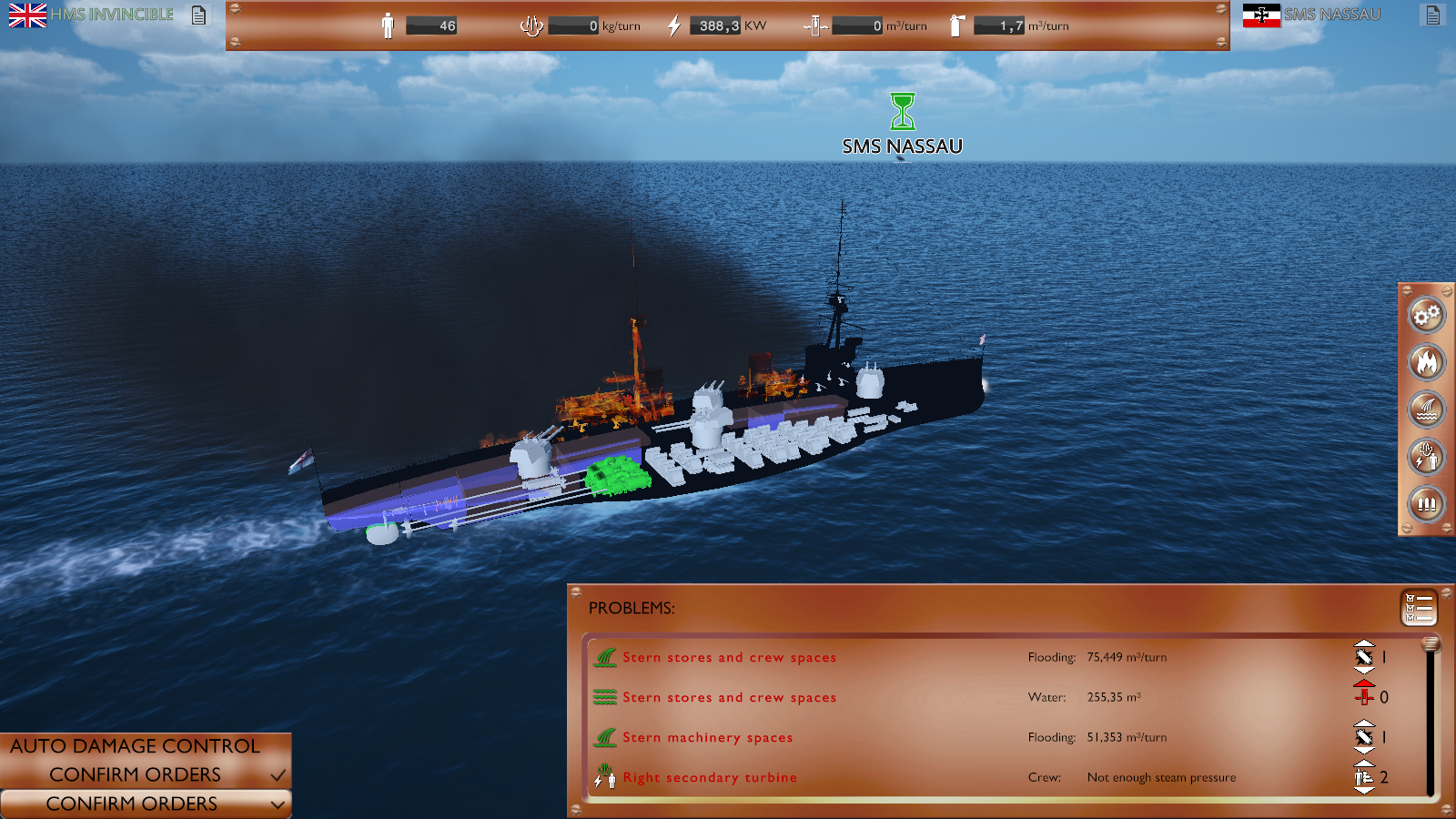 It shows the unused amount of the following resources:

Also, each resource indicator has a tooltip with some additional info.

Even though the UI/UX of damage control is much better now it is far from being perfect.

One solution would be to highlight both groups of compartments and showing the small selection dialog box when player clicks on them.

Another obvious improvement could be buttons to turn off/turn on weapons groups that the player doesn't need this turn to free up their crew for damage control tasks. Currently, this can be done individually for each artillery or torpedo turret by reducing priority of its maintenance task to zero. But it is tedious to do if the artillery group has, say, 18 turrets.

Despite the above, the damage control and the entire game are more or less playable at this stage and can be shown to players as a pre-alpha.

That’s all for today.