Today, we bring you the Intelligence factfiles on the Counter Revolutionary Wing's Blue Team, the United Kingdom's Black Ops unit thats been despatched to deal with the worsening violence in Northern Ireland.

Having evaluated Blue Team's personnel as per the SIS's request, there are several things that come to the fore immediately, particularly after interview with the team members.

Firstly, they can be regarded as extremely maverick - somewhat a law unto themselves, which may prove a problem at a later stage, particularly if their tasks require somewhat dubious methods to get the job done. However, it should be noted that while that may be the case, they are very capable men, just like any member of the CRW wing, and will fufil our needs for the operation ahead of them - but I would suggest only giving them information on a need to know basis.

Secondly, they are a wide mix of men, with varying skill sets, all skilled in their field - Corporal Harvey for example excels with explosives, while Trooper Jennings has a high level of marksmanship with sniper weaponry.

Lastly, it would be wise to monitor Sergeant MacIntyre - He's been known to have difficulty coping with loss of comrades, as proved during that operation in Columbia, so it would likely be prudent to monitor his state of health if any of the team become casualities.

Overall, I believe that the Blue Team is exactly the right team for the job, and should be prepped immediately for the operation. 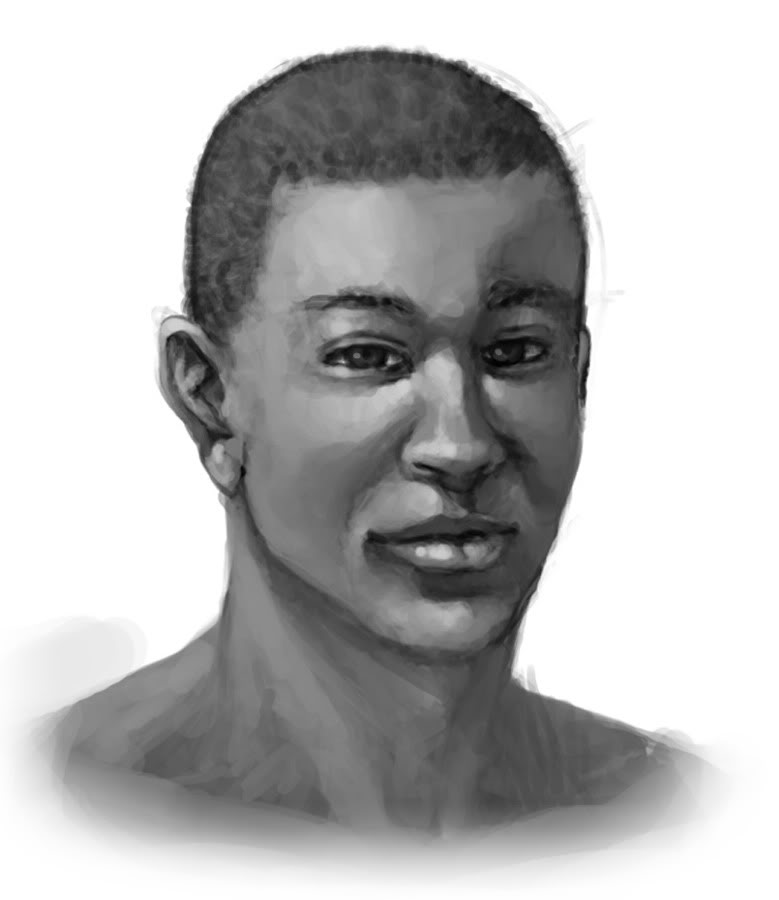 Background/Intel Officer's Notes:
Jennings was born to afro-carribean parents in the East End of London, and as a result as he grew up, he become immensely resourceful, and had an uncanny knack for getting himself into trouble, and just as quickly out of it. Being the everlasting comedian, he always managed to make the rest of the squadron roar with laughter, most of the time at the worse times. Jennings was selected by Harper, due to his incredible marksmanship skills, and ability to tell when trouble was coming - not to say that Jennings wasn't the cause of half of it at his old unit, the Royal Green Jackets. 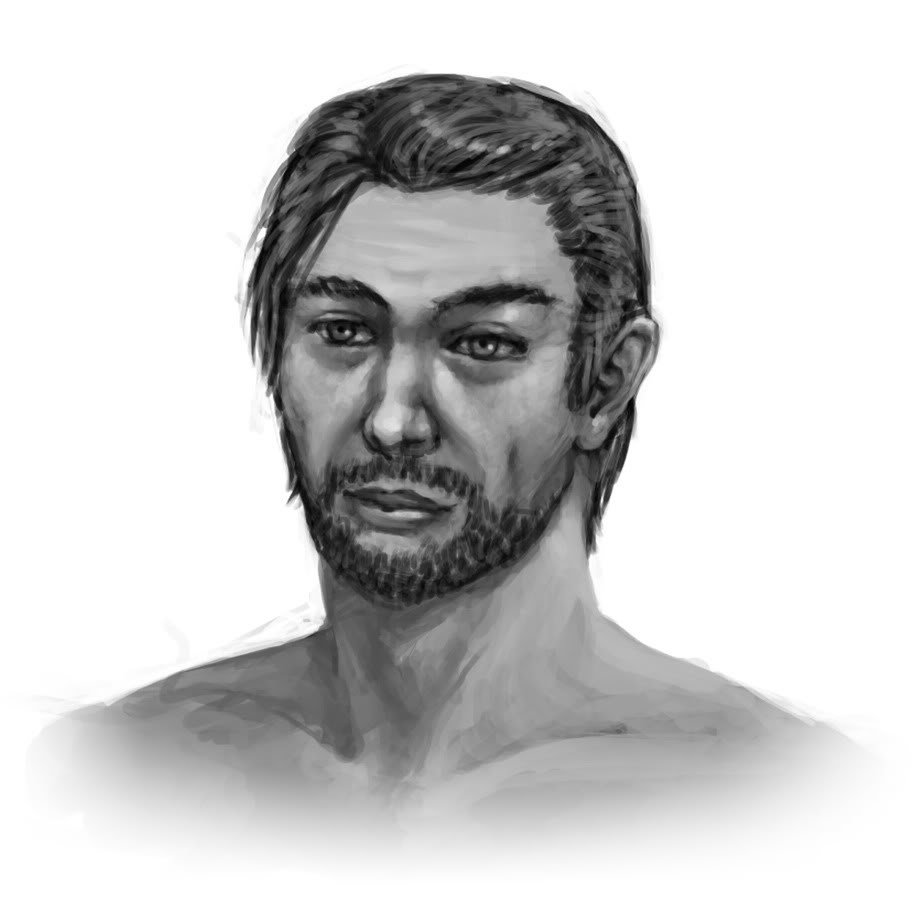 Background/Intel Officer's Notes:
If it wern't for the scraggy face and the horrible smell of cigeretes you would think he was Captain Harper's brother. He has yet to leave his side, a fellow Chester Regiment soldier he and Harper have been in all kinds of situations together and made it through alive. Horsfall wouldn't dream of leaving his brother in arms behind, hence they went for SAS selection together, passing on his second attempt after injuring himself on the first selection. A gruff man of few words, he is a talented, steadfast operative, that has been through operations that would have killed lesser men. He is a no nonsense character, if he doesn't believe in it he wont do it. Unless Harper says so of course. 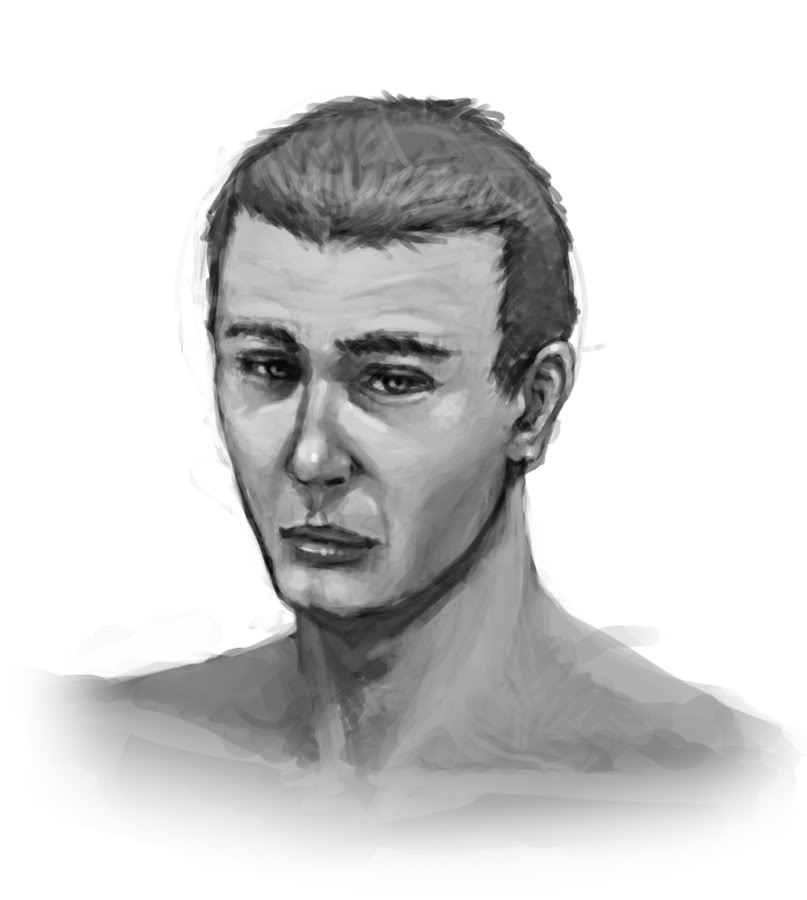 Background/Intel Officer's Notes:
Sandhursts' finest, Harper went straight out of private school into Oxford. Very british, stiff upper lip - the stock Englishman as it were. (No wonder the officers are nicknamed Rupert...) Joined the Chester Regiment, his home Regiment, after he completed his degree. Performed a tour of N.I and had the opportunity to operate alongside the SAS during his tour. Opon his return to the mainland, he decided he wanted in on the action. He glided through the SAS selection with ease, due to his quick wits, natural leadership and coping easily under pressure. His level of planning and leadership qualities will be put to the test in the coming months during the operation, I don't doubt. 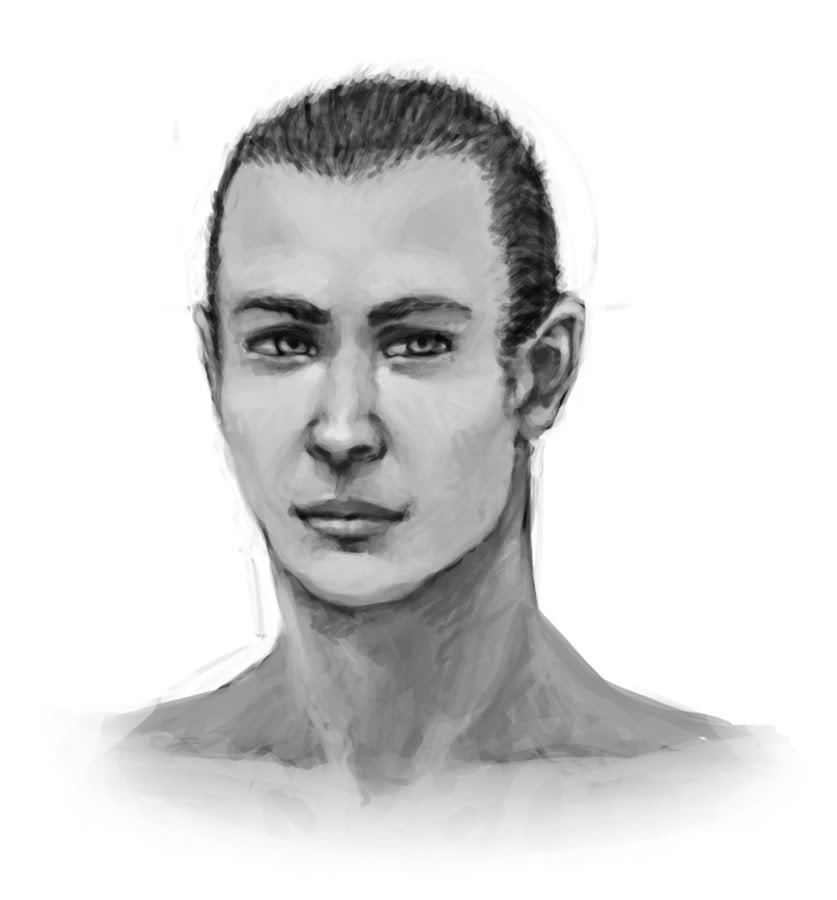 Background/Intel Officer's Notes:
Bowden was a member of 3 Para, and was a signaller in the regiment. Upon completing 2 years of work with the Paras, he decided to take a shot at the SAS selection, and scraped through, nearly failing due to a leg injury picked up in the last section of selection. Once in the regiment, he continued his work as a signaller, having a special ability to hit the right frequencies quickly, and when needed. Like Dan MacIntyre, he is coming to the end of his service in the regiment, and seems quite bitter about the fact that his time is almost up. He's also a devout christian - something that is incredibly suprising in this line of work, and which has resulted in numerous jibes from team members - including them even passing round a copy of the bible to give themselves quotes to arm themselves with against him when bored. 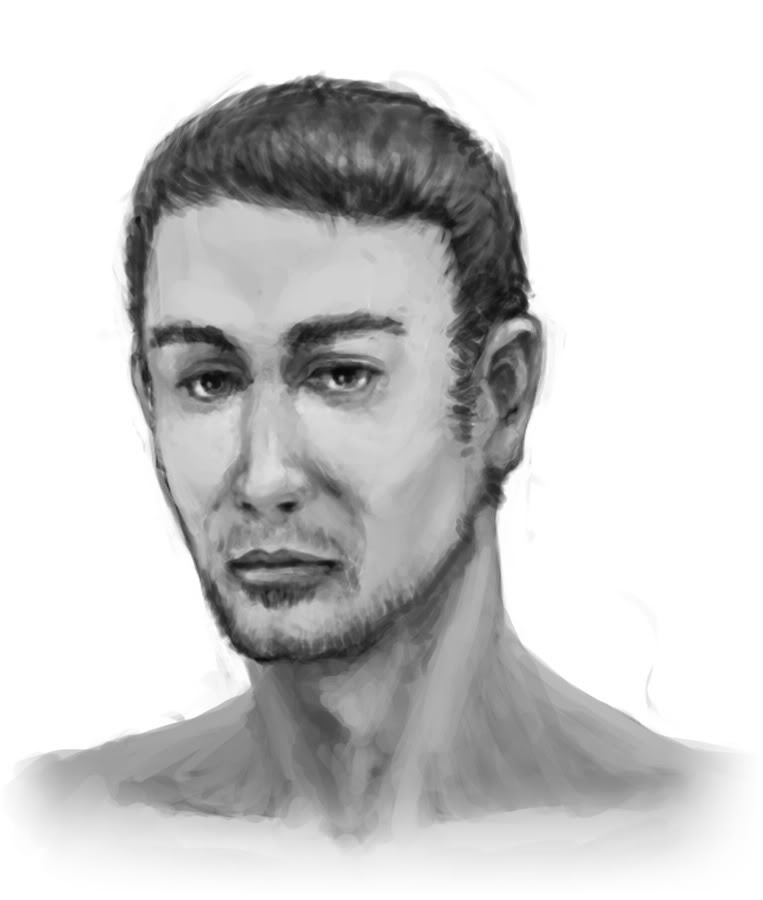 Background/Intel Officer's Notes:
Born in Londonderry, John moved with his family to York, in England, when he was 8. After leaving school at 16 with poor qualifications, he joined the Marines, serving in 42 Commando RM, before applying for the SBS at 19 years old - one of the youngest to pass through the demanding selection. While in 42 Commando, he served in Northern Ireland, and later in the SBS he served in the Falklands War, in 1982 - his actions during the conflict resulted in heavy damage to the Argentine infrastructure, and likely was one of the main deciding factors in the Falklands. He was selected for CRW after the Falklands due to his ability to think quickly under fire, ability to command, and actions during the war. He's regarded as somewhat of a maverick, to the same extent as Dan MacIntyre, but perhaps for entirely different reasons than his Scottish comrade. What these are, i can't fathom during my observation and interviews with the team members. 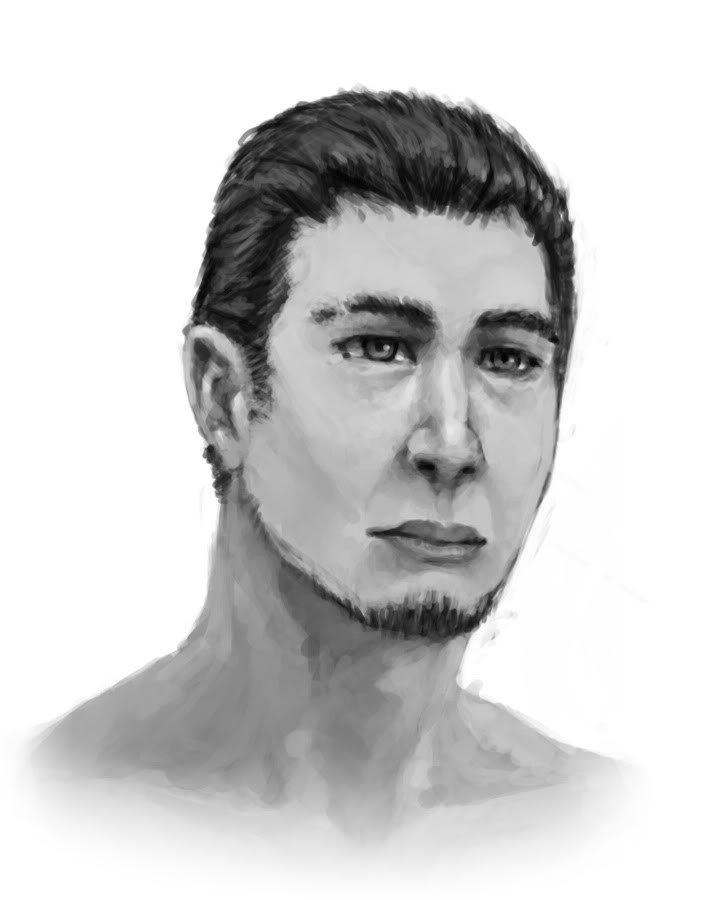 Background/Intel Officer's Notes:
A sort of fish out of water, Spencer grew up a very extroverted child. He made friends easily and gained excellent grades in school. Around age 16, Spencer’s father, a mill worker by trade, pulled him out of school so he could help provide for his younger siblings. Spencer quickly picked up on the proper methods and procedures with astonishing ability. His work was very particular and was preformed almost ritualistically. Working with his father, he became slightly less social, but still retained his ability to blend in with a crowd. When he was about 17, a man came and worked in the foundary who had been in the Royal Navy, but was discharged after a combat-related injury. During work, the jack tried getting Spencer talking, and the two ended up having a discussion about boats (a topic Spencer was very interested in as a child). A couple years later, Spencer was laid off at his father’s work and Spencer left Liverpool to join the RN as an engineer and then into the RM where he regained his level of extroversy that was lost when he left school. After a few years, Spencer was selected to undergo Special Forces training because of the level of detail and skill in everything he does. After completing this training, he joined the SBS. It should be noted, he's regarded as, quoting Dan "A theiving pikey bastard!", due to his attraction to taking anything that isn't nailed down - mainly other peoples kit. 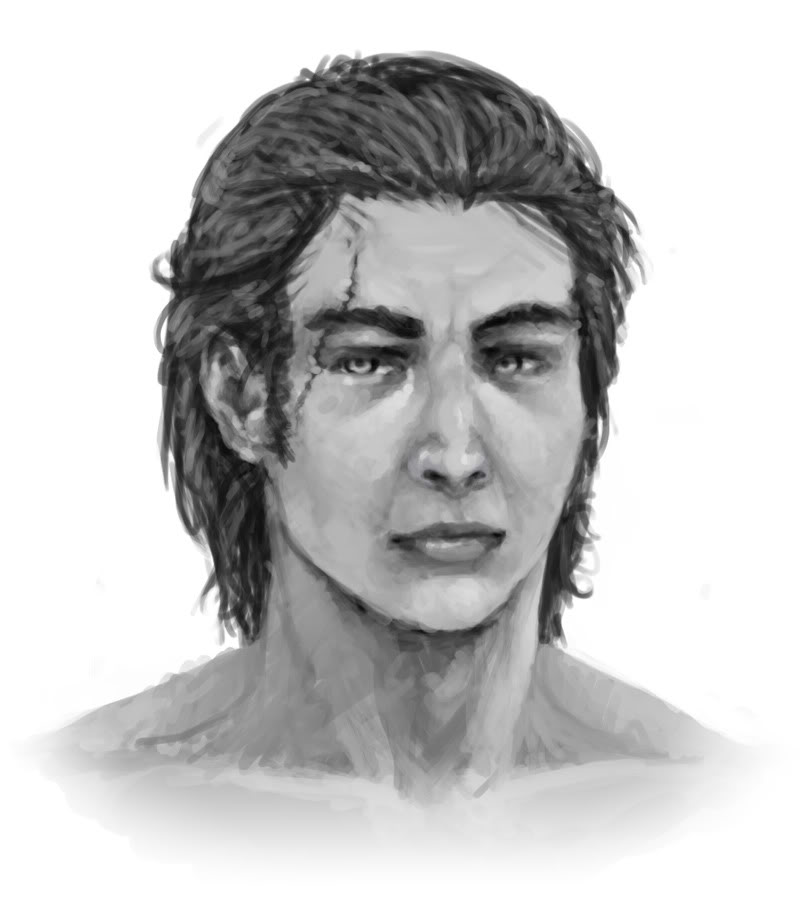 Background/Intel Officer's Notes:
Born in Glasgow, in 1947, a mere 2 years after the end of WW2. Mackie joined the Royal Marines when he was 19, after he finished school. At the age of 24, he applied, and joined the SBS. A well respected, and liked, NCO within the regiment, he has barely a year before he's decided to leave the SBS. He maintained close ties with the SAS, after working in 14INT for 3 tours of Northern Ireland. Mackie is regarded as somewhat of a legend in the SAS and SBS due to his large build, and actions on operations, not to mention his very dark humour - and willingness to tell senior officers when they're in the wrong - which has likely cost him any further possibility of promotion. Like Frank Bowden, he is coming to retirement age from the regiment, and hates that fact - his life seems to be the Armed Forces. I'd be very suprised if he didn't end up on the Circuit after leaving, and godforbid anyone that decided to take him on in that capacity. Mackie is the 2 IC of the team, having possibly the most experience out of any of the operatives involved. 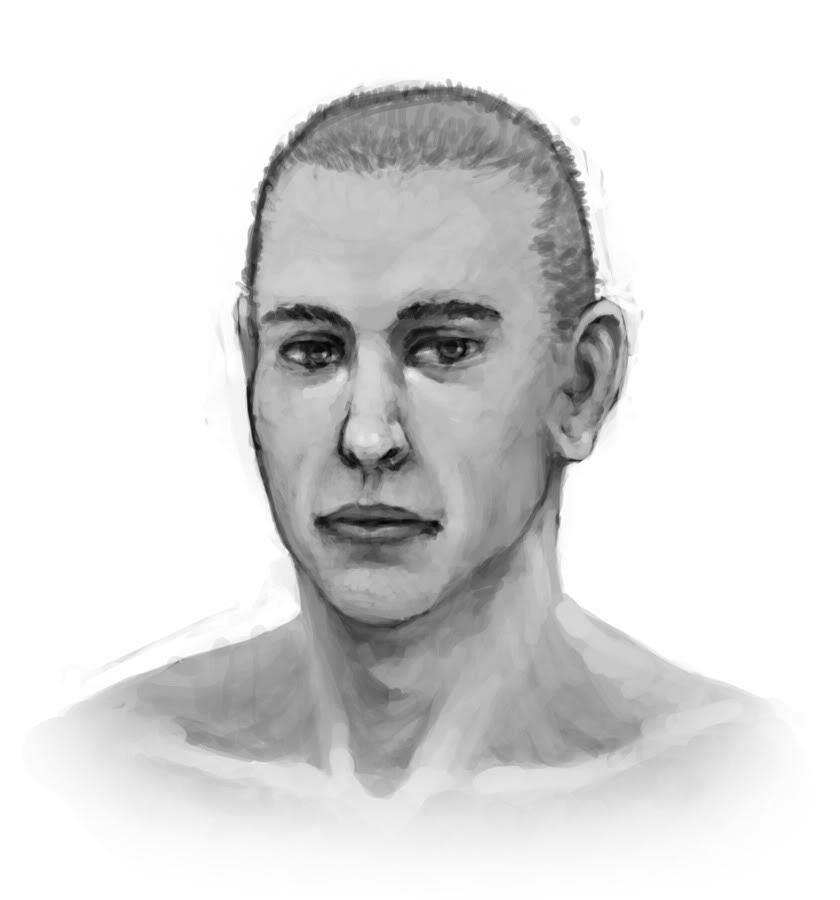 Background/Intel Officer's Notes:
Keen is a typical Yorkshire lad - friendly, down-to-earth, and would fight anyone who threatened his comrades or friends. Robert only recently joined the SBS, and was lucky enough to be attached to the CRW due to recent manpower loses in Afghanistan and Cambodia, and his exemplary skills shown during training, in particular, driving and pistol marksmanship - of course, this doesn't stop the likes of Dan MacIntyre from using every opertunity to mock him, not to mention the rest of the team. While young in age, as stated, his skillset easily overcomes his lack of experiance.