In this update i have added classes!You can choose between Warrior (a tank class), an Assassin (a melee DPS class) and a Mage (Ranged DPS class). I hope you have fun playing and like my addition of classes

v0.0.2: CLASSES - I have now officially added classes to the game, after clicking Start Game you will be taken to a screen where you can select a class out of Warrior, Assassin and Mage. Each one has different stats for different play styles. Below are more details about each class. 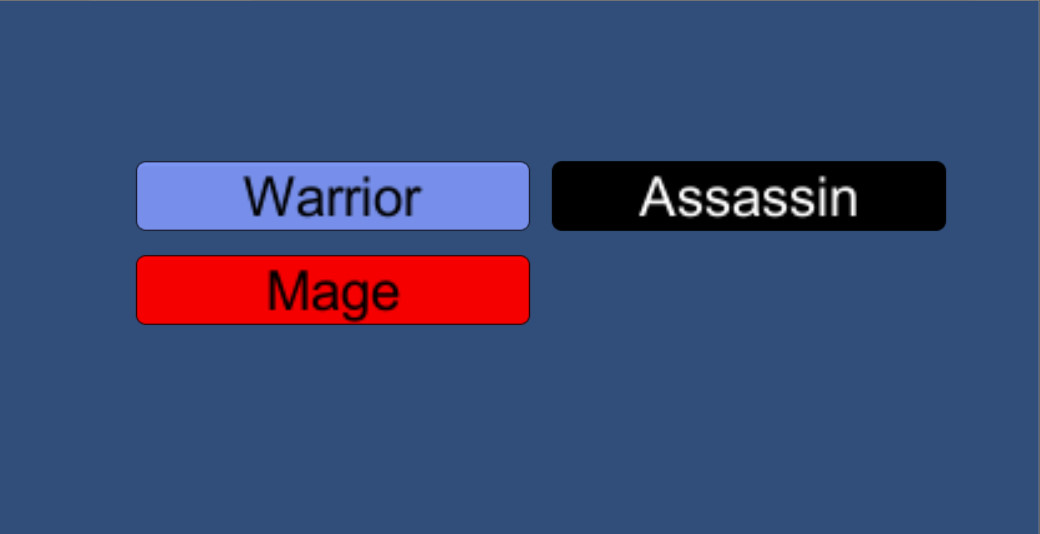 Warrior - The Tank - this class is the tank class, he has high health but low damage, he only has medium defence or some enemies would deal 0 damage. He moves rather slow but with the amount of damage he can take its not a problem. When he attacks it takes half a second to finish the swing so he can move again, he also cant attack again for 0.3 seconds so players cant just spam the attack button. Use the Warriors massive health pool to your advantage (Stats below)

Assassin - Melee DPS - this class is a melee DPS class and is just what it sounds like and Assassin. He has low health but high damage insta killing most standared enemies. He moves very fast so can avoid taking damage which brings me to my next point, you really dont want to take many hits as the Assassin as he has such low health, you will die very quickly. When he attacks it take 0.25 seconds to finish the swing so he can move again, he also cannot attack again for 0.25 seconds meaning he can do massive damage output. However standing there pressing attack wont win you the game as you will die very quickly. Use the Assassin's speed and fast attacks along with his high damage output to your advantage. (Stats below)

Mage - Ranged DPS - this class is a ranged DPS class, you can click on the screen and he will fire a magic ball at the mouse position that deals damage to any enemies in its path. If enemies get to close you can also attack with space like other classes dealing area damage. He has medium health, damage and speed. Now as he has 2 ways of attacking it takes him time before he can attack again, the projectile magic shot can only be fired once every second and his close range area damage attack makes him stand still while attacking (like other classes when they swing) for 0.35 seconds and he can only use this attack one every 0.9 seconds. The Mage is great for taking out multiple enemies as his magic shot goes through enemies dealing damage to the ones it hits and his close range area damage attack. Use the Mage's range and area damage to his advantage. This is the most unique class so far and the one that has taken the longest to make out of the 3 so i hope you all enjoy it. (Stats below)

This here is the ranged attack for the Mage, you can see the projectile between the Mage player and the green slime. 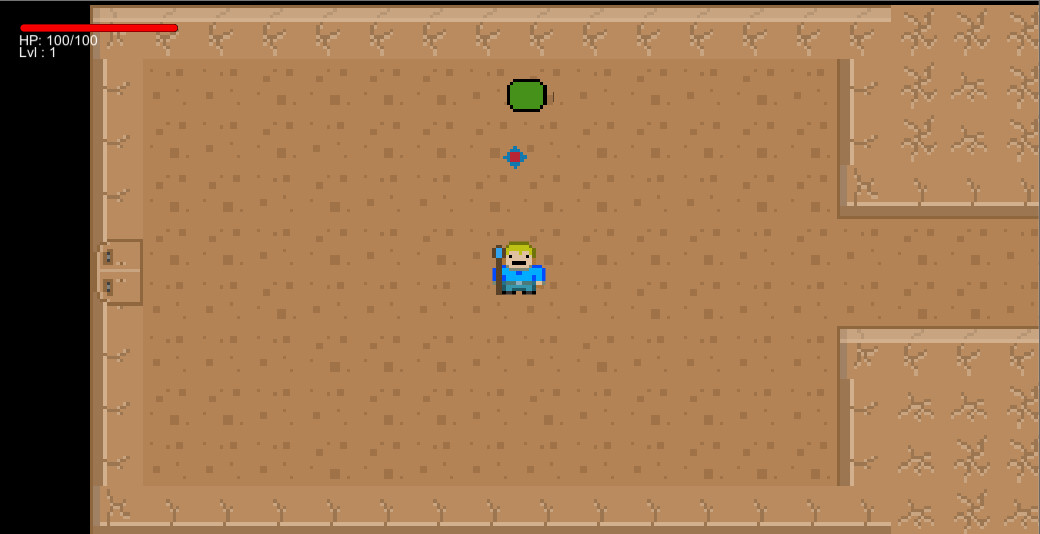 Here you can see the Mage's close range attack, as you can see it has more range then the Warrior and Assassin. 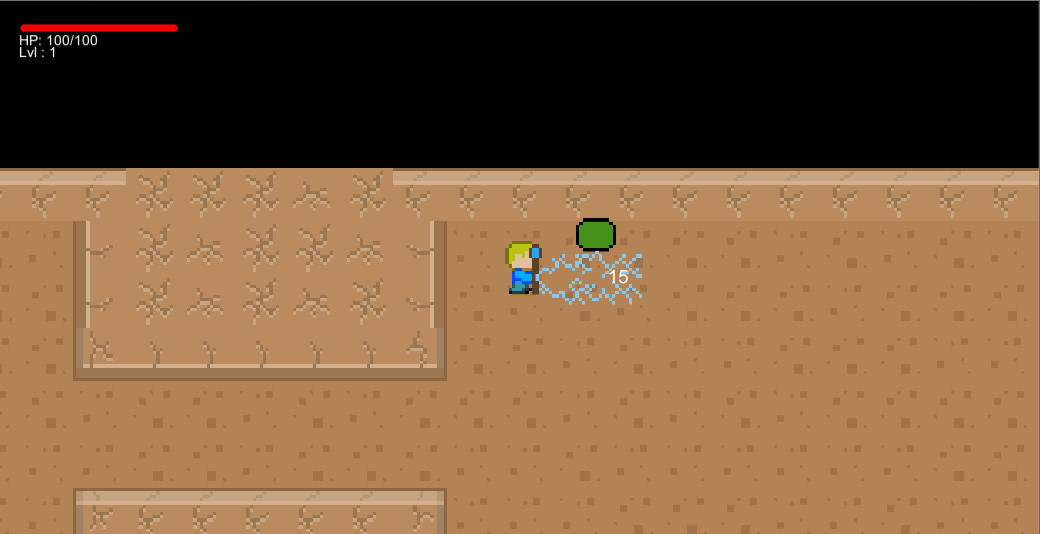 I will be gathering feedback to do some balance changes on the classes if any feel to week or stronge, if you play Crawling Dungeon v0.0.2 please let me know if any class feels too over or under powered and why.

Remember you can always go find the game on itch.io for more information.